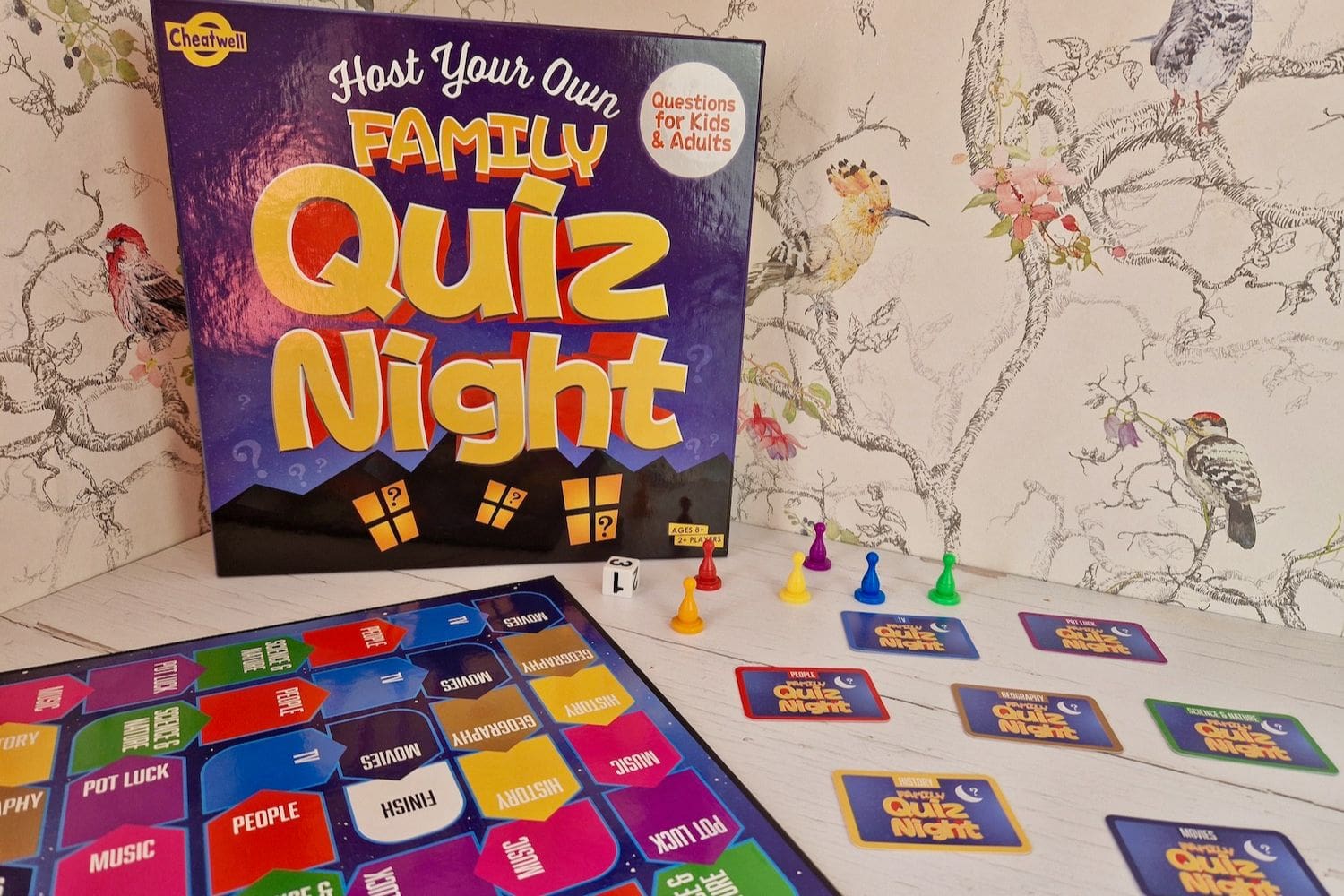 We’re such a big fan of board games but sometimes we struggle to find ones with questions suitable for all of us. Cheatwell Games have come out with a great new game where you can host your own Family Quiz Night and we couldn’t wait to give it a go.

What’s in the box?

In the box you’ll find:

There’s a total of 1200 questions included with the game and there are 8 different categories consisting of TV, Geography, History, Science & Nature, Movies, People, Music and Pot Luck.

Each card has 2 different questions, one for adults and one for children. The adult’s question requires a straight answer but the children’s questions come with 3 possible answers for them to choose from.

Rules of the game

Each player chooses a playing piece and begins on the ‘start’ place on the game board. Players take it in turns to move around the board, answering questions as they go. However, a player cannot move forward until they have answered a question correctly in whatever category they land on. The aim of the game is to be the first player to read the ‘finish’ square in the middle of the board.

Family Quiz Night is aimed at players age 8+ so really, Erin was a little bit too young but she desperately wanted to play so we decided to give it a go. The great thing about this game is that there are different questions for adults and children. Children’s questions are multiple choice so even though Erin might not have known the answer to some (a lot) of them, there was a good chance she could guess and be right. However, there are also loads of Disney/ children’s film questions in there so there was some Erin did actually know as well.

Something Erin did enjoy a lot about this game was being able to read the questions out for other people, something she hasn’t been able to really do in a game before. Some of the answers, especially in the science and nature category, were hard for her to read but she didn’t mind and tried to read them anyway. I think you’re supposed to take it in turn reading out questions but we broke the rules there a little bit. It was great reading practice for Erin!

For us adults, we all found we have one or two categories that we would get stuck on. I think I was stuck on geography for about 20 minutes until I finally got a question right. This wasn’t an issue for us as we ended up finding it funny more than anything else… and we also learned a lot in the process.

This can be quite a long game depending on how many of you are playing and if you get stuck like we did. There’s always the option of letting someone do a children’s question if they are stuck on a category for too long. I’d say the adult questions aren’t mega hard but it depends what you know I guess.

Family Quiz Night is one of the most fun games we’ve played for quite some time. Erin’s already asked to play it again more than once so I know it’s one we’ll be playing quite a lot. 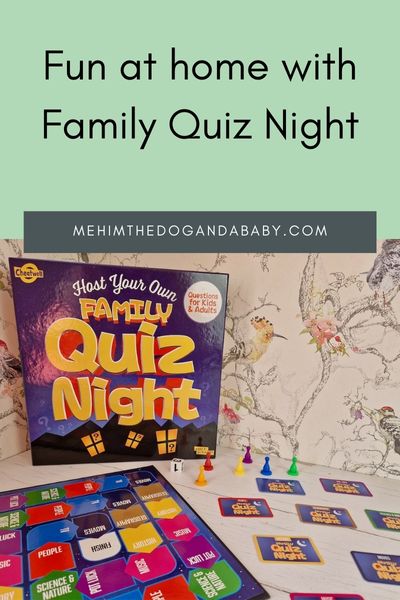 1 thought on “Fun at home with Family Quiz Night”