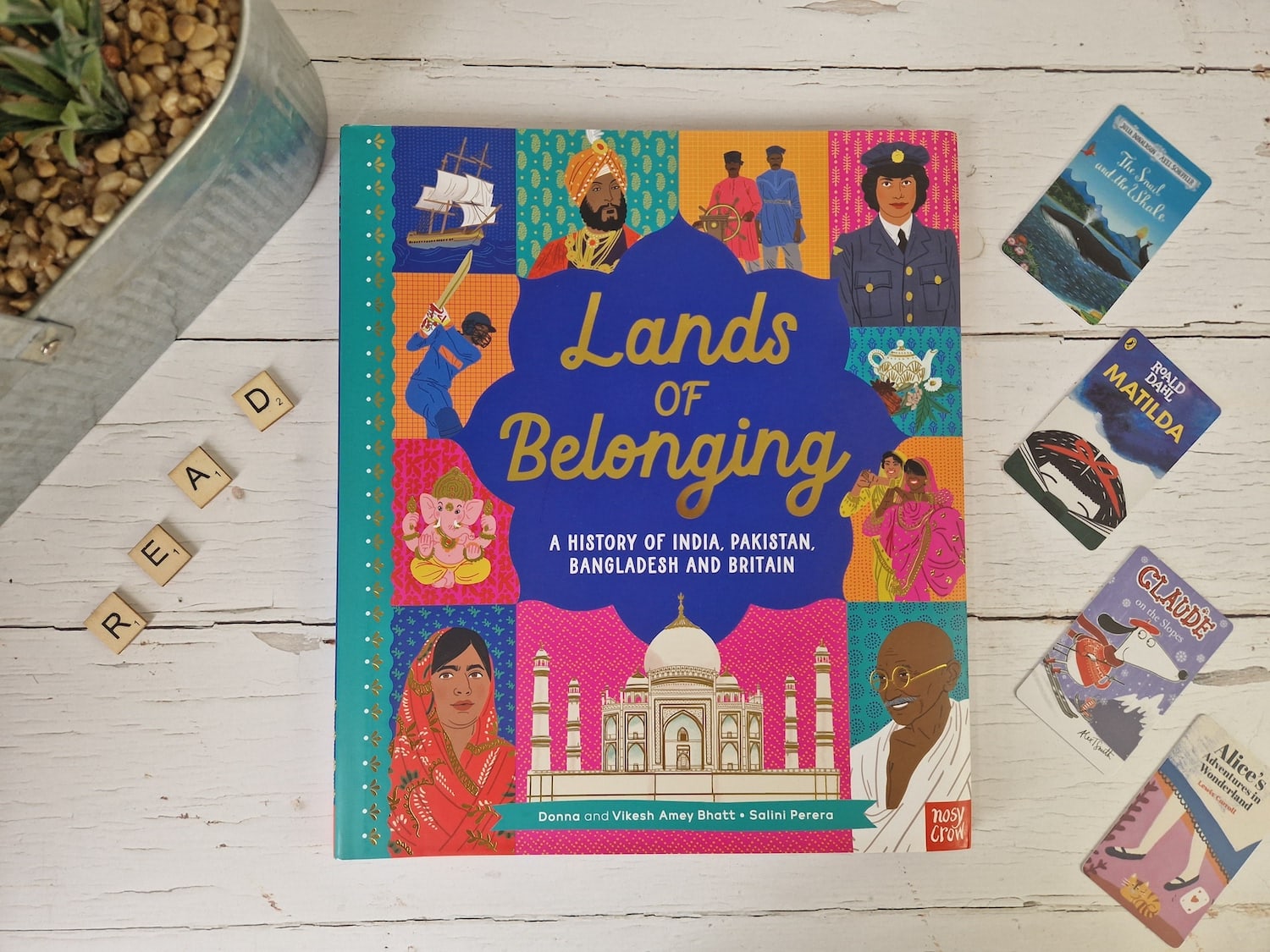 This week’s children’s book review is all about Lands of Belonging – A history of India, Pakistan, Bangladesh and Britain by Donna and Vikesh Bhatt. It was published by Nosy Crow and can be purchased on Amazon.

There are many ways of telling the same story, and how you tell it depends on your point of view. Some stories are so complicated, or difficult to explain, that they’re not often told at all. Like the story of how a company ended up running a country, or how one man drawing a line on a map could change the lives of millions of people forever.

This book aims to piece together the interesting, surprising, and sometimes very sad story of India, Pakistan, Bangladesh, and Britain, and how these countries have shaped one another over the centuries. From exploring the vast empires and amazing inventions of ancient India, to revealing the challenges faced by South Asian migrants to Britain – or celebrating the amazing culture, innovations, inventions, and achievements of British people of South Asian heritage today – this book shows how the past, present and future of these four countries will always be intertwined.

Written by Donna and Vikesh Amey Bhatt who were inspired to write this book for their two young sons, with consultancy by Rajbir Hazelwood, historian of South Asia and Modern Britain, Lands of Belonging includes an exploration of the impact of British rule over India (India, Pakistan and Bangladesh were all one country at the time), from the foundation of the East India Company to India’s involvement in supporting Britain during both World Wars, to India’s fight for independence and the British government’s decision to Partition the country, resulting in the largest migration of people in history.

As a family who loves to travel, I think it’s so important for children to learn about different places in the world. Of course, you don’t have to be a traveller to do this, you might just have an interest in learning about places you might not have been. South Asian countries aren’t somewhere I know a lot about and haven’t visited so I thought that this would be a great book for both me and Erin.

Lands of Belonging – A history of India, Pakistan, Bangladesh and Britain has such a great contents page. There are quite a few different chapters in this book and they’re broken down really well. Your child might have a particular interest and the contents page makes it really easy to find your way around the book.

This is such a diverse book and it covers so many different things from religion, where people come from and who they are, Ancient India and how countries were divided… just to name a few topics. There’s so much information about the history of South Asia and how it came to be how it is today, as well as how people came to move to Britain.

The double page spreads in the book are so bright and colourful with wonderful illustrations. In these pages you’ll see a range of things from the differences between a Bangladeshi, Indian and Pakistani curry, who you might have found on a ship to the UK or see what kinds of sports and games are being played!

Illustrations are paired with just the right amount of information without there being masses of text. I think this is so important for a children’s book so that no one gets overwhelmed, thinking that there’s so much to take in. This is also great for picking and choosing different sections to read. You might only have 10 minutes at a time to look and this makes the book a lot more manageable.

Lands of Belonging – A History of India, Pakistan, Bangladesh and Britain is not only a wonderful book about a different area of the world but also about history, including that of our own country. It’s such an interesting read with so much to learn about. 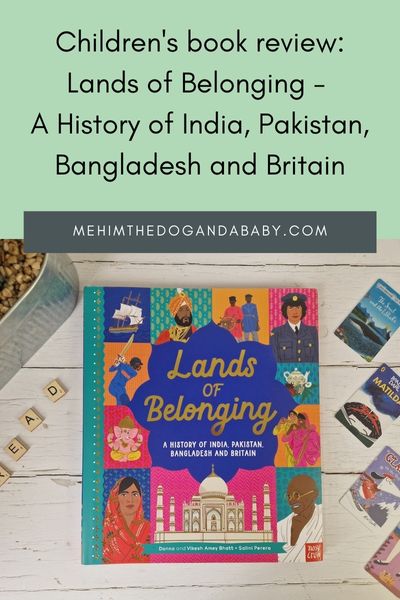