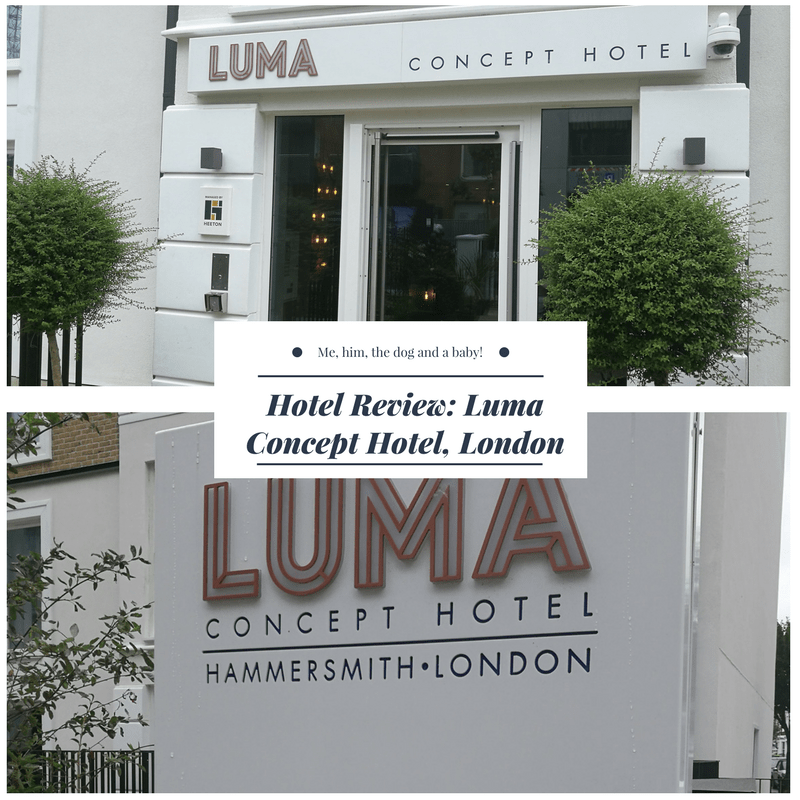 Back in July we headed to London for a few days as a family so that I could go to Bubble London. I always like to try to look for new and different hotels for us to stay at and somewhere I’d never stayed before is Hammersmith. I discovered the area a few weeks prior when I went to see Penn & Teller and couldn’t wait to stay there. I’d picked out the Luma Concept Hotel, even though it was brand new and only been open for a matter of weeks.

Before we arrived, I had a mad panic and emailed the hotel to make sure we had a travel cot in the room. Good job I did because I hadn’t mentioned it when I booked. I think I emailed 15/20 minutes before we arrived at the hotel and they were already in the process of sorting it for us. We also had the warmest, happiest welcome and it was so refreshing! Some hotels we’ve stayed at in London haven’t been very friendly!

While our travel cot was being put in our room we were told to have a seat, relax and enjoy a coffee or a bottle of water. These were complimentary and we could help ourselves throughout our stay. By this point, we could already see a massive difference with this hotel. The complimentary coffee wasn’t even shit coffee. It was from a coffee pod machine. The bottled water wasn’t a supermarket’s own brand (not that there is anything wrong with that). There was just this sense of going that little but further. 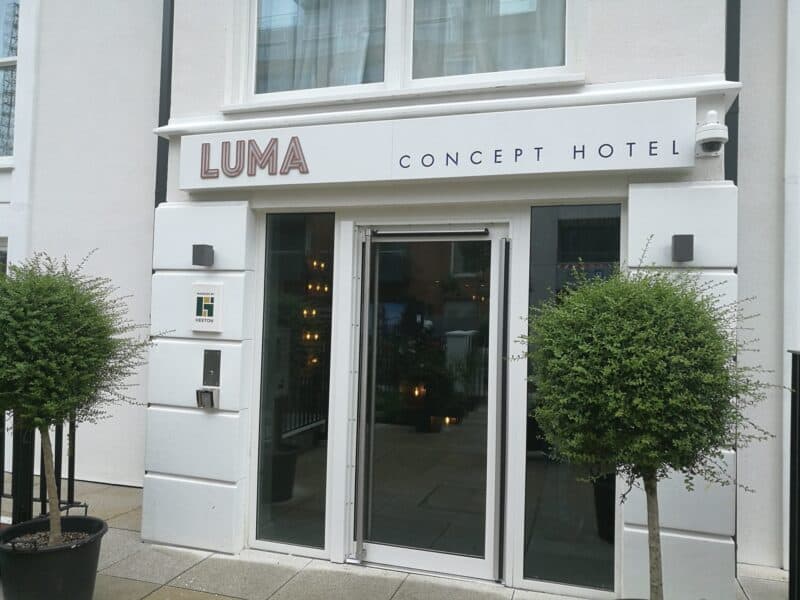 When we got to our room, I was immediately impressed. I’d seen pictures online obviously but the rooms are so much nicer in person. The walls were beautiful, the bed was big and hidden by a little wall which doubled as an office/ work station and there was also a couch!

As you can see, John and Erin made sure the bed would be okay as soon as we got in the room!

Behind the wall there was a cot bed for us, which was great. However, due to the size and layout of the room, this is the only place it would have fit. This meant that it completely blocked the safe, mirror, couch and coffee machine (again, good coffee). I needed to work on the evenings and it was a bit of a pain having Erin asleep right next to me and not being able to make drinks etc. 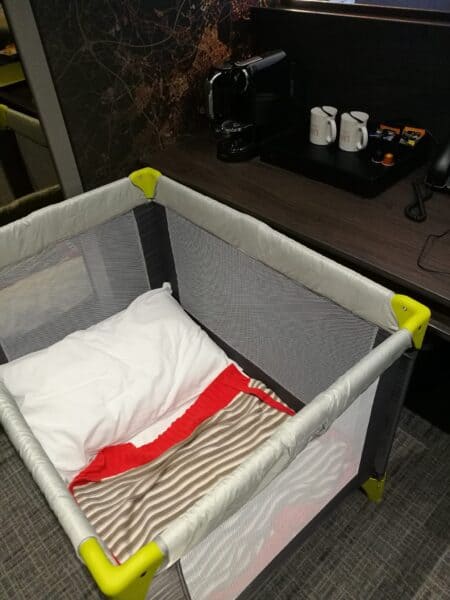 Our room would have had plenty of space to work though had the travel cot not been there. The work space had a tablet, smartphone, lamp and loads of plugs, both regular and USB. The smartphone is there for you to take out and about with you and it’s meant to help with getting around London. The phone has internet and maps and free calls to Europe! I have never seen this done anywhere before and it’s a great idea!

This hotel is different because of how the rooms are designed. The toilet is hidden by a sliding door, as is the shower and wardrobe. In the middle of the wall is a sink, loads of different cupboards and a mini fridge. This way or organising a room really makes it possible to have everything you need but also save space at the same time.

We thoroughly enjoyed our stay at the Luma Concept Hotel. We slept really well, the shower was amazing and I could work pretty happily. However, the only thing that let it down was breakfast, which is included in the price. You can head into the lobby in the morning and help yourself to a bottle of juice, piece of fruit and a pastry. While the breakfast was okay, it could have been better.

The Luma Concept Hotel is a very short 5 minute walk away from the Hammersmith tube station and it’s right around the corner from restaurants like Bills and Byron. If you want somewhere not right in the middle of London, but somewhere still great for meals and family, this is the hotel for you! I would definitely stay there again! 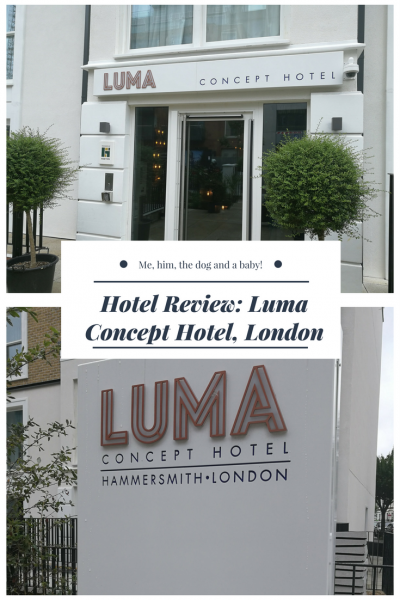