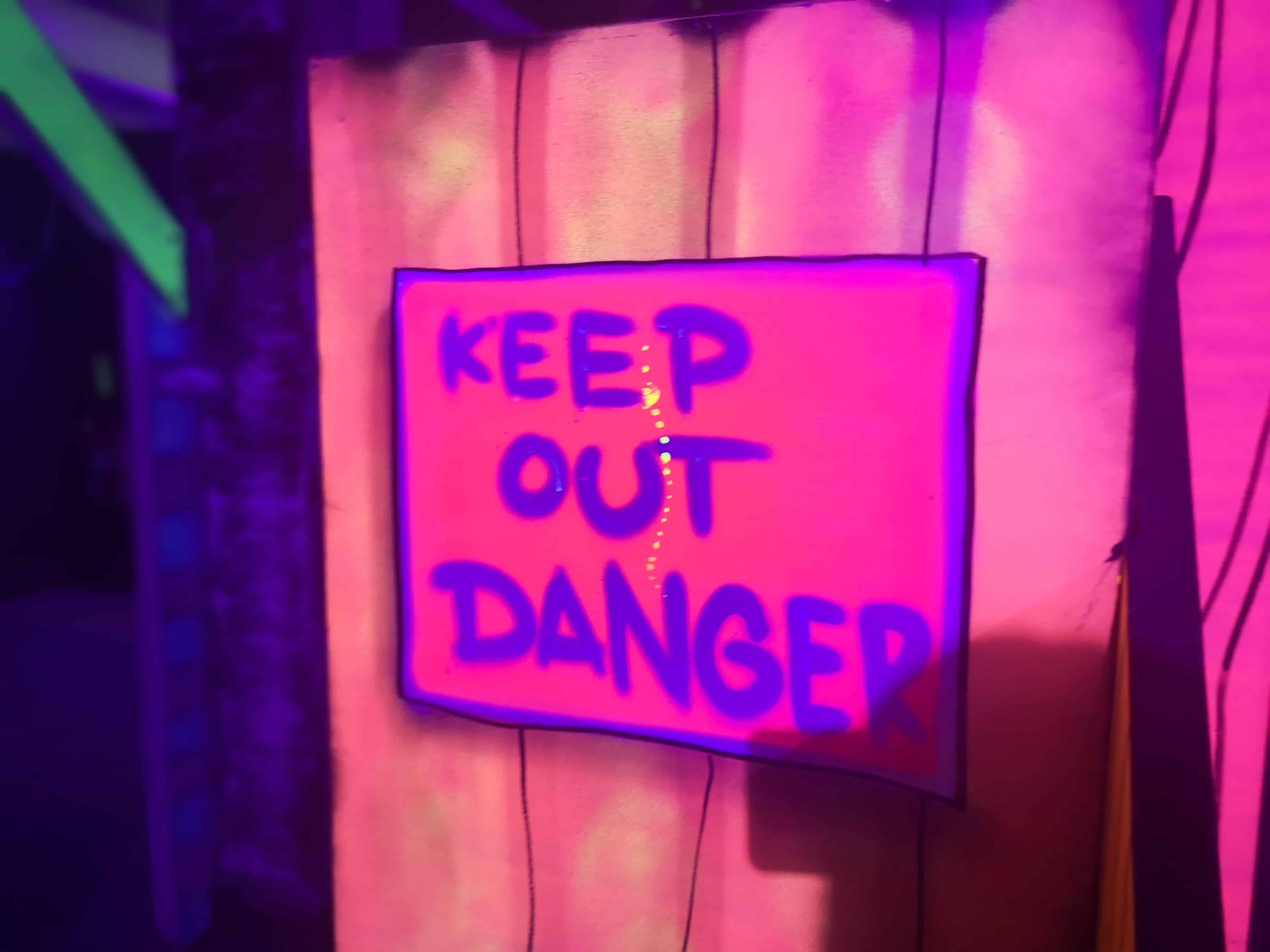 Living in a small-ish town and not being able to drive means our weekends are generally spent doing the same thing each week and it can get quite boring. Luckily though, we are on the train line to Norwich and it’s only a 30 minute journey so we can get there pretty quickly and easily. Somewhere I had seen advertised on Facebook was Labyrinth, which is a play cafe and somewhere to play laser tag (which is very similar to playing with a slug gun at home). I saw a toddler session on a Saturday for only £7.50 per family and I just had to book. 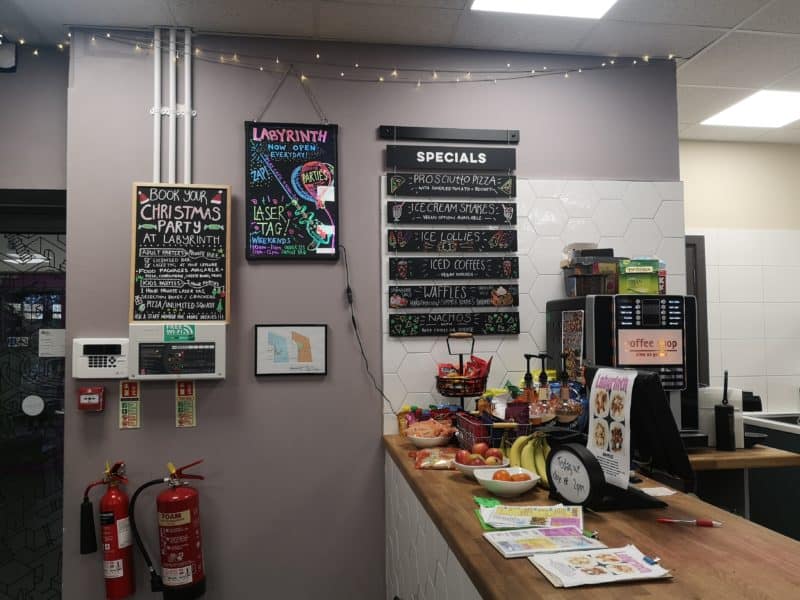 Labyrinth is only a 5 minute walk from Norwich train station and is actually on one level of a car park. The cafe is open to the pubic daily (check the website for hours) and offers various different sessions for laser tag as well as serving food and drinks during these hours. It’s free to play in the cafe but Labyrinth ask that you only have food and drink purchased there. 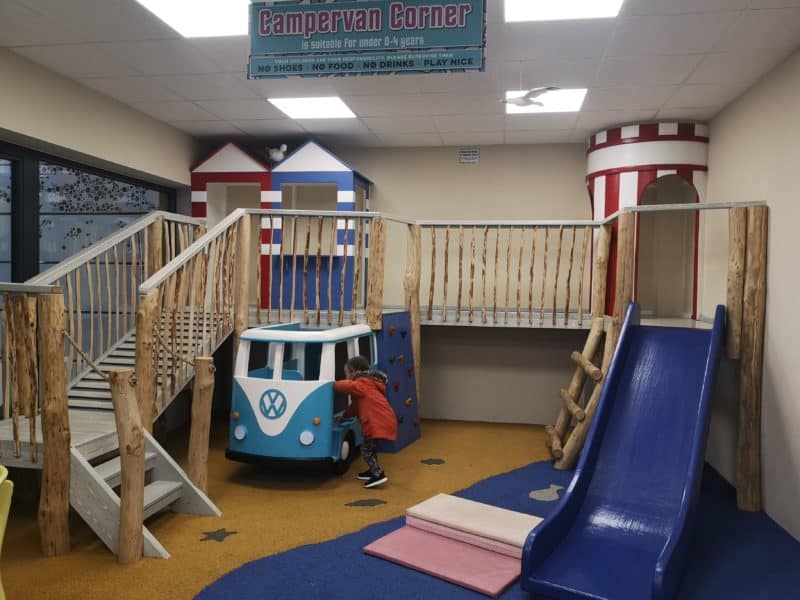 As soon as we walked in to Labyrinth Erin was so excited. She quickly ran off to the play kitchens and shops and got stuck right in. We were a bit early for laser tag so this gave Erin some play time as well as us being able to sit and have a drink. The cafe area is quite large and there are lots of tables and chairs near both the role play area as well as near the climbing area with the slide. 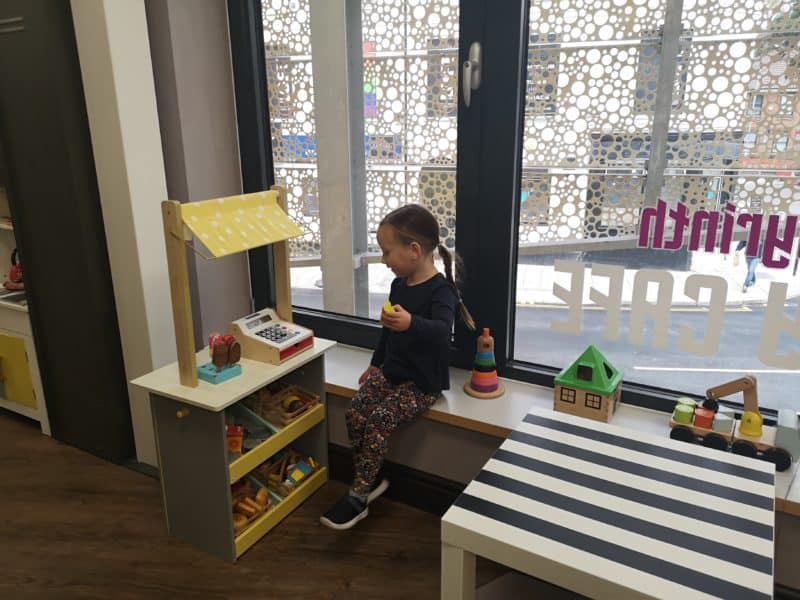 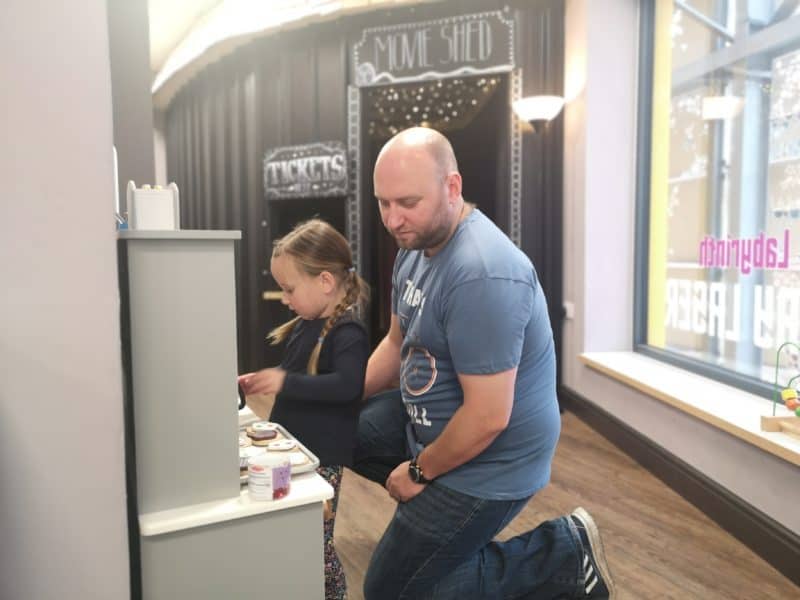 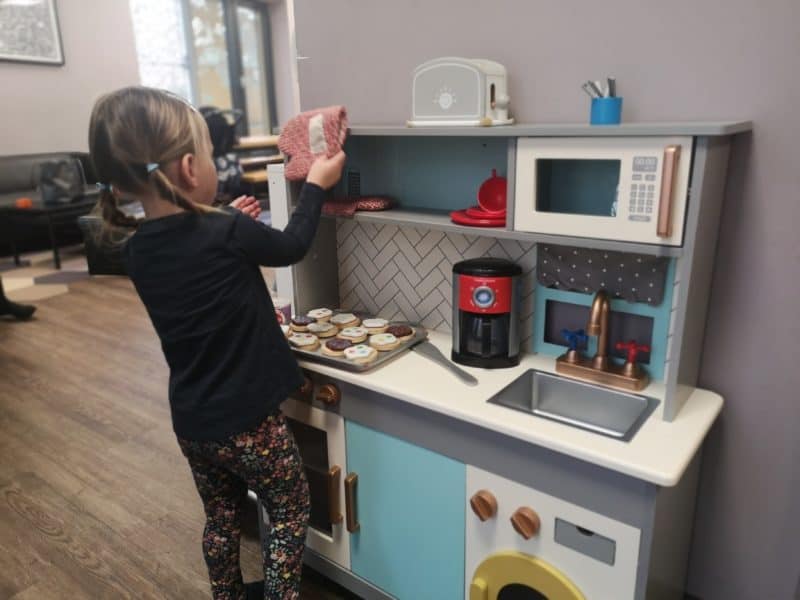 Although there wasn’t a film showing at when we arrived (there was later on) there is a really cute movie shed which is kitted out with bean bags and a list of films available. I have never seen anything like this before in a cafe and it’s great for children if they just want to chill out while others have some food or a drink. 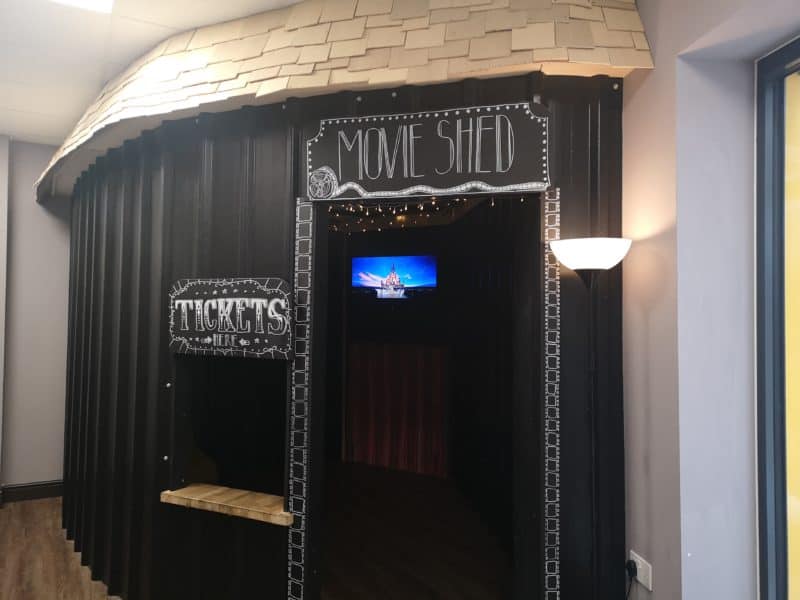 Erin loved playing so much that we practically had to drag her away before laser tag. We headed upstairs with the other 5 families book on to the session. I really liked that this was a limited session as it was Erin’s first time and I didn’t want her to be too overwhelmed. We were shown the phasers, given a team colour and the game was explained to us before we started. 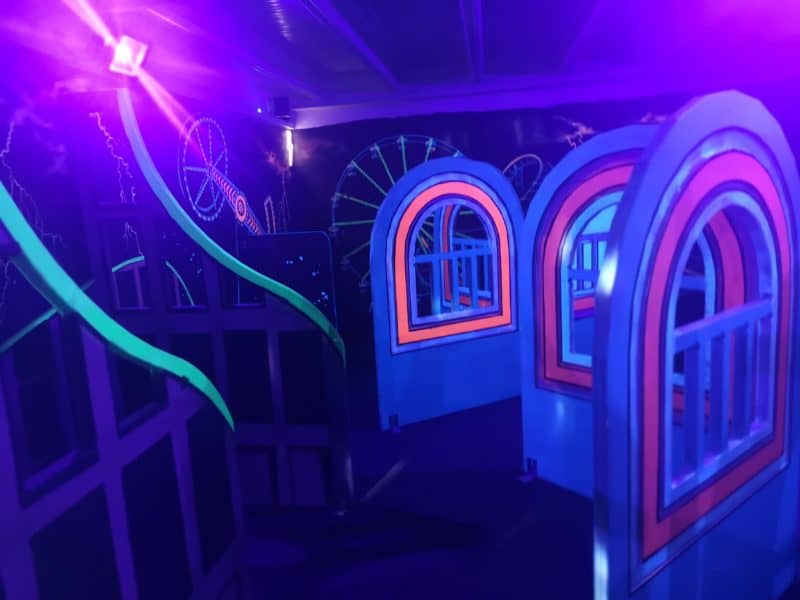 The laser tag area isn’t huge but there are lots of different areas to hide and plenty of space to run around. The whole of the laser tag area is painted with UV paint so it all glows in the dark. Erin had never seen anywhere like this before so she was just as excited about this. The phasers are quite large and heavy so Erin took a little while to get used to this, especially as you needed to hold it in 2 places for it to work. 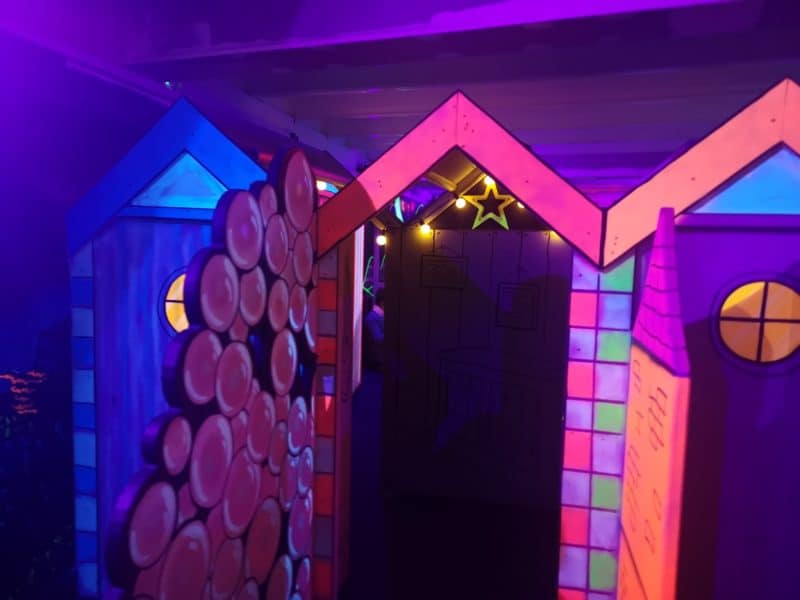 We got to play a few different games such as team colours, everyone for themselves and find the treasure along with the other families. Erin really enjoyed running around, hiding and shooting whoever she could. I might have gotten a bit too competitive and once I noticed you were ranked after each game I desperately wanted that #1 spot (which I got twice)! 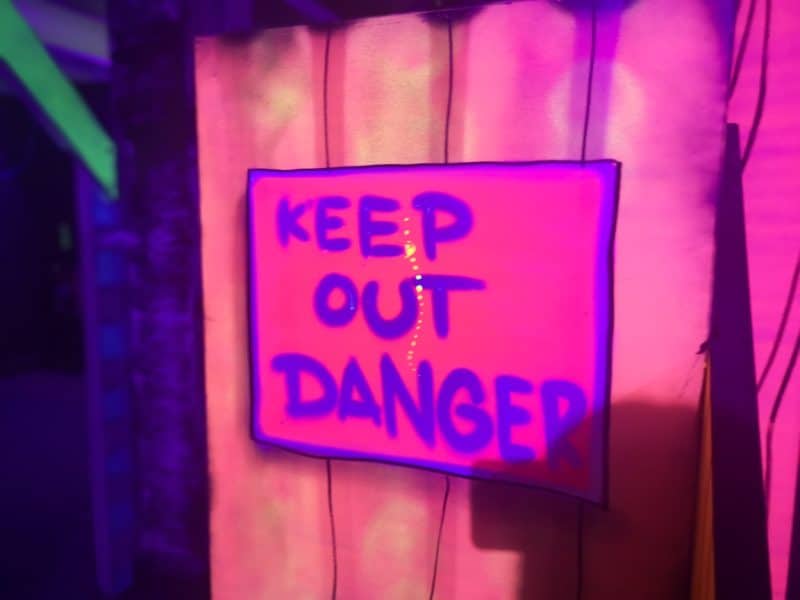 Not only did we have a fantastic time as a family but we also had a great time playing with the other families. Erin really got into it quickly but after about 45 minutes she’d had enough. I had too really but mostly because I stupidly wore a jumper and was way too hot. I don’t think I was expecting for us all, Grandma included, to enjoy laser tag so much but it’s the most fun I’ve had in a long time.

We enjoyed our session so much that I booked again for next month as soon as we got home. Next time we’re hoping to stay for a little bit afterwards and maybe get some food too as we didn’t get to this time around.

Find out more about Labyrinth Norwich on their website. 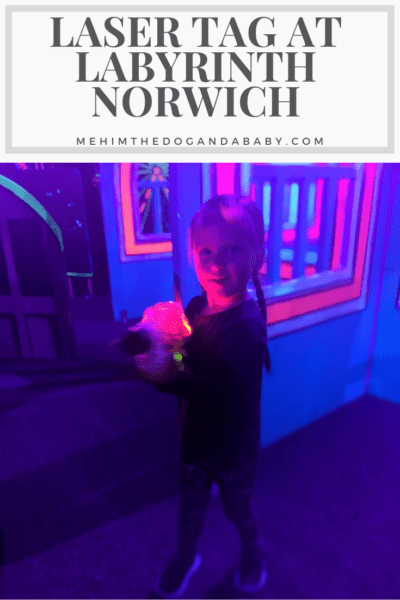