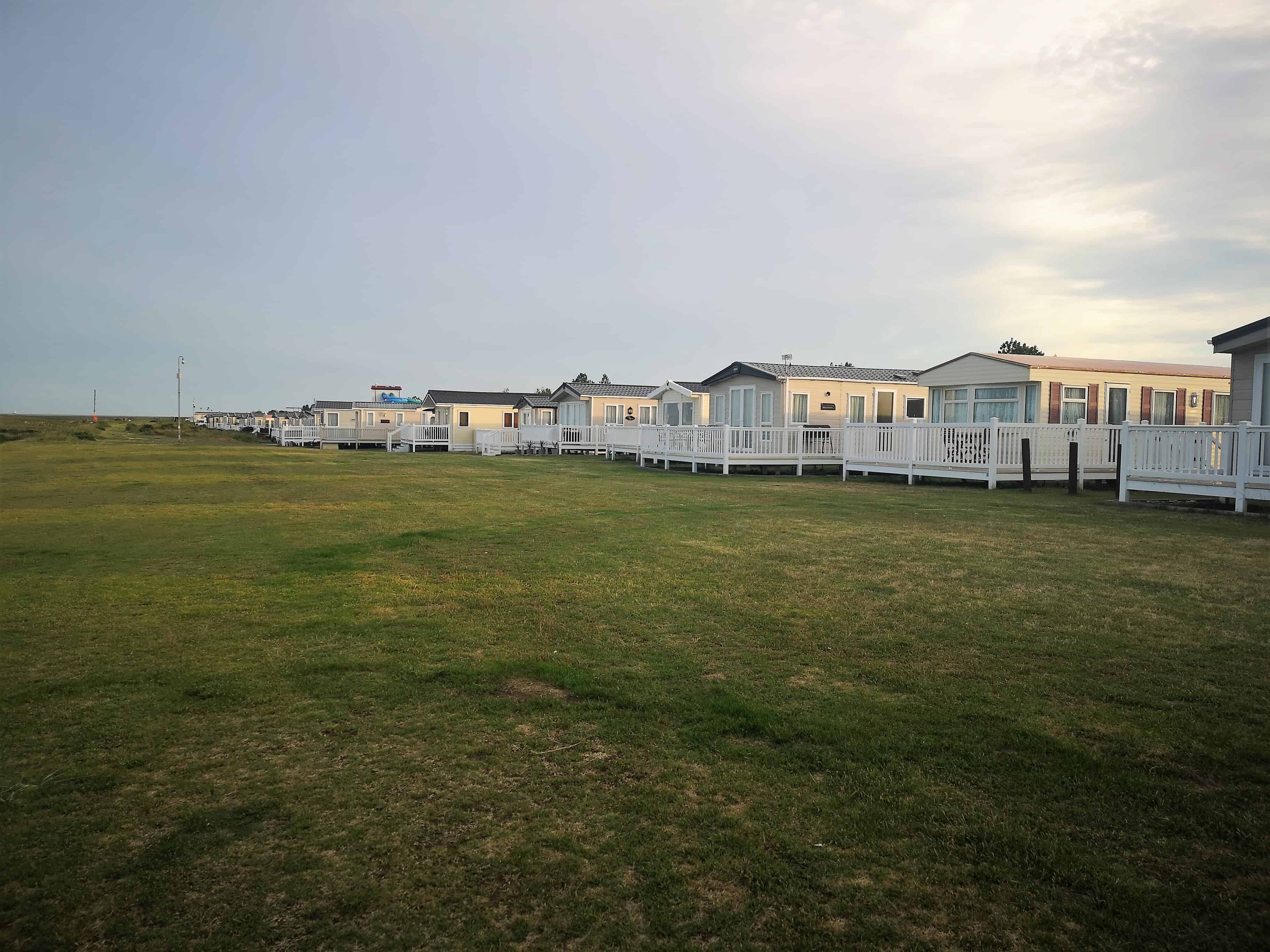 Last year when my Mum asked me what I wanted for Christmas I sort of jokingly said a holiday. While I was partially joking, I did ask for the deposit money for a Haven holiday. We got a great deal on a 4 night break in a 2 bedroom prestige caravan for around £180. This was obviously during term time as a miracle would have to happen to get a price like that in the school holidays. Mum kindly ended up paying for the whole holiday in the end but we did make it so she came with us too so got to enjoy it as well!

We arrived at Haven Seashore at around 1:30 after having some lunch in Great Yarmouth first. We decided to get a taxi from the town centre and it cost around £7. This was much easier than trying to figure out buses or walking the whole way. Our official check-in time wasn’t until 2pm but I nipped to reception on the off chance our caravan would be ready and it was so we could go and get ourselves sorted a little bit earlier than planned.

Our 2 bedroom Prestige caravan was situated in Longshore which is at the far end of the park. However, it was only really about a 10 minute walk from reception, even though it seemed a lot further away. Somewhere in the middle was the swimming pool and restaurant so it wasn’t too far away from everything. After getting to the caravan me and Mum unpacked everything while John and Erin explored a bit and went off to find a park. 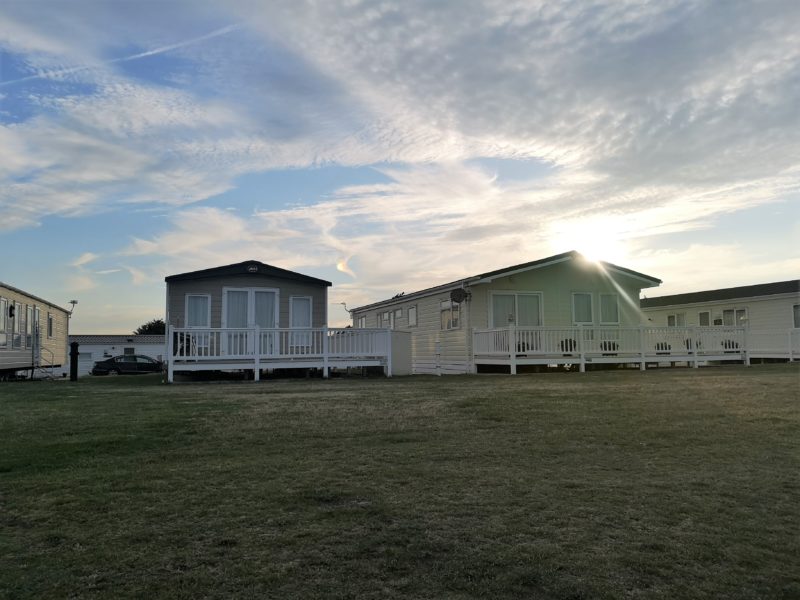 We spent most of the rest of our afternoon at the swimming pool or the ‘Shore Water Park’ as it’s called. Erin was immediately impressed and couldn’t wait to have some fun. The pool at Seashore has just been renovated and it is really well suited for children Erin’s age and a bit older. There are a few different splash areas with flowing and falling water with slides of different sizes. There is also a decent sized separate pool but it’s by no means huge, or the size of the pool at Caister-on-Sea. 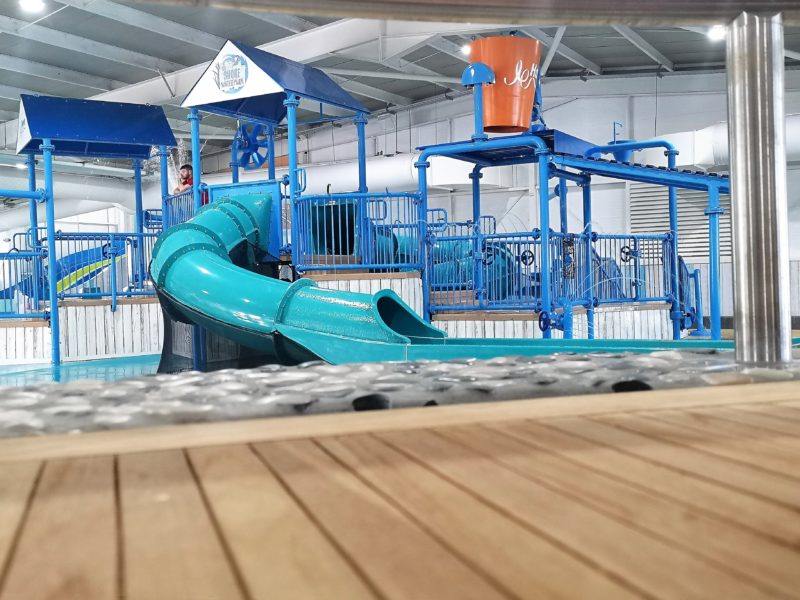 We pretty much had to drag Erin out of swimming crying and screaming because she’s had so much fun and didn’t want to leave. Afterwards, we headed to the shop to get a few bits and spent the evening in the caravan as we were all so tired!

On the Tuesday I had planned on booking Erin in for a couple of the free activities running but the Haven app on my phone kept coming up with errors so I wasn’t able to. Instead, we decided to go to soft play as soon as it opened at 9am. The soft play area is in the Coast House restaurant/ Cakery and it was a lot smaller than I was expecting. The soft play at Casiter-on-Sea was really quite big but this one had a tiny section for babies/ smaller children and then a larger section for over 4s. However, Erin had so much fun and she mostly had it all to herself. This was a great option for something to do first thing and it kept Erin busy for an hour! 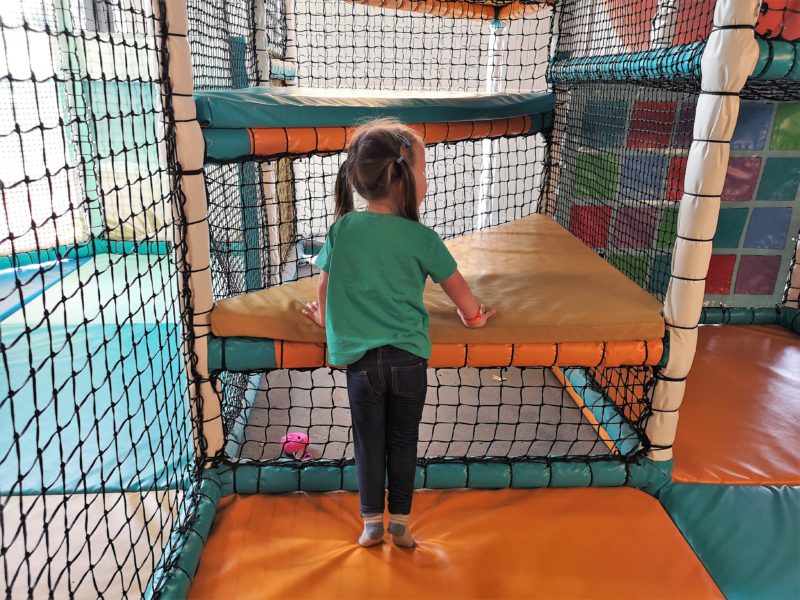 After soft play we headed to the Live Lounge for one of the free entertainment shows that are put on for children. This one was Groove with Greedy and Erin was the first one up on the dance floor showing off her moves. Erin remembered doing similar things last year so she was excited to see some familiar characters again. After the dancing and singing there was an opportunity for Erin to have her photo taken with Greedy. Last year Erin was too scared to do it on her own but this year she was running up to the stage and couldn’t wait. 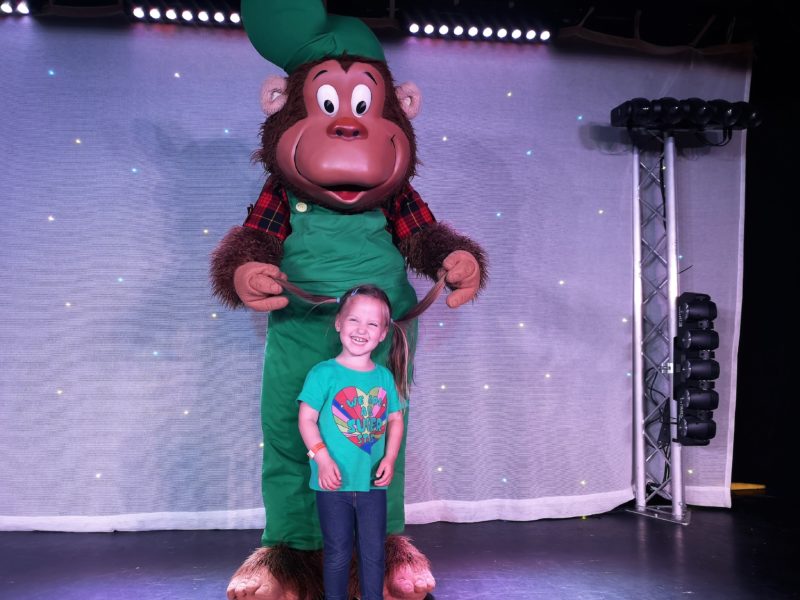 After this show we played in the arcades for an hour before the next activity. Erin is so happy with a tub of 2ps and a couple of goes on a ride. She’s really easily pleased and luckily this can keep her busy for quite some time. Somehow, Erin is really good at the 2p machines and after only 1 visit to the arcade we ended up with over 800 tickets!

The next activity in the Live Lounge was ‘Make a Mess’. Again, this was something we remember doing last year so I knew Erin would like it. This is very much an arts and crafts session where the staff running it just let you get on with whatever the activity is. We made a crown for Erin and while she had fun I think me, John and my Mum enjoyed it a bit more! 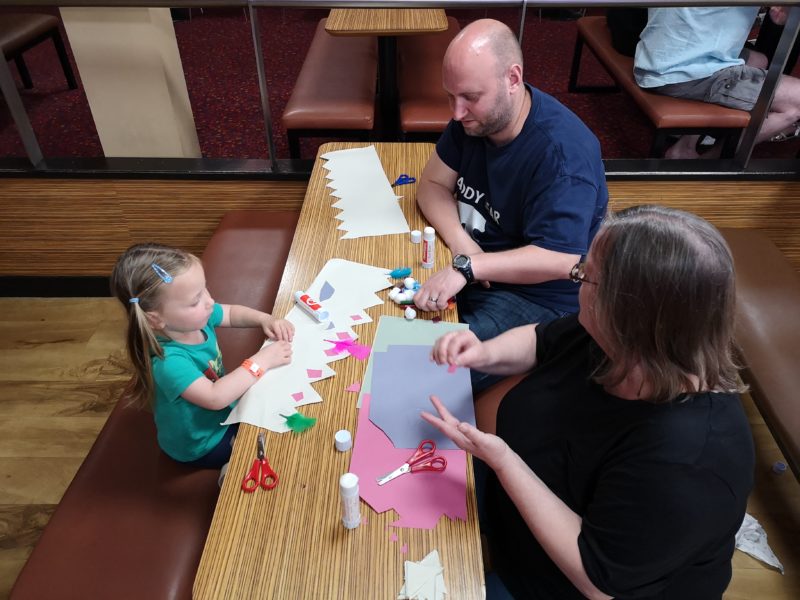 Erin was so tired after a busy morning that she fell asleep in the pushchair on the way back to the caravan. I was quite glad though because she definitely needed a break before we did anything else. When she woke up she had a quick bite to eat before she went swimming with John for a couple of hours.

We decided to have a takeaway for dinner and this was actually Erin’s first ever takeaway. There is a Papa John’s on site and they deliver so this is what we went for. Erin was pretty amazed at the idea of a delivery person and she dived right in to the pizza. I couldn’t believe it when she picked up a slice and just got on with eating it. If you’ve read any of our other posts you might know that Erin can be really picky so I was very proud of her! 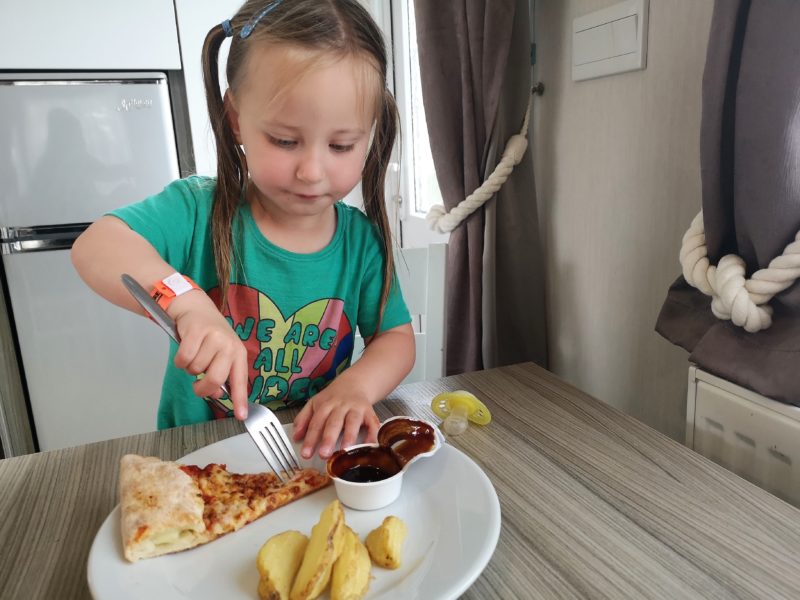 We all had such a fun day on the Tuesday and I don’t think it could have been any better.

Our Wednesday was very similar to the day before. We started our day with a trip to soft play as, apart from the arcade, it is the first thing to open. I think we had planned on going to the park as well early on but there was a huge thunderstorm the night before so there was a lot of water everywhere.

At 10am we headed to the Live Lounge for Bradley’s Beach Rescue. We didn’t really know what to expect from this one but when we got there one of the Haven team was emptying out bins of recycling all over the dance floor! Bradley the bear explained to the children that we had to keep beaches clean and that different kinds of recycling had to go in different bins. Erin jumped right in and helped sort out all of the recycling. Afterwards, Bradley led everyone down to the beach to do a real clean up. Erin loved having a litter picker and was really happy to find some rubbish. 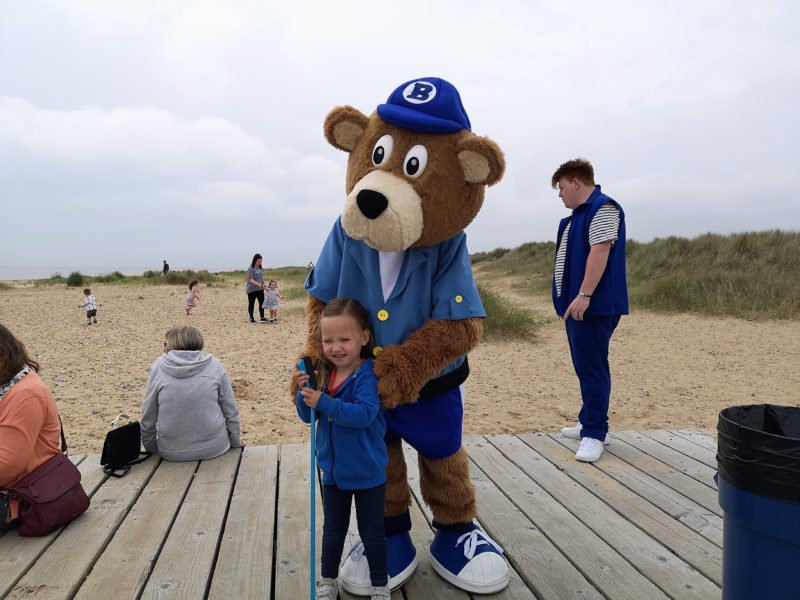 It took some persuading to get Erin to leave the beach but when we finally did we headed to the arcade to win some more tickets. I think at this point we got up to about 1600 as a total! 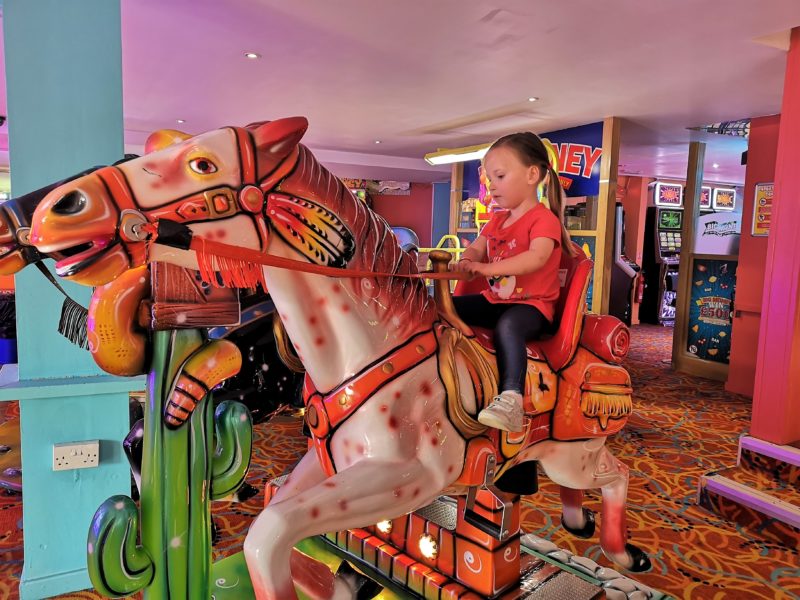 After lunch and a nap it was time for swimming again. I think this was Erin’s favourite activity overall and she would have happily spent hours there. On this day we only had around an hour as we had an early dinner booked at the Coast House restaurant. We had all really been looking forward to this meal and it did not disappoint. We went back to the caravan stuffed and relaxed for the evening watching old quiz shows. 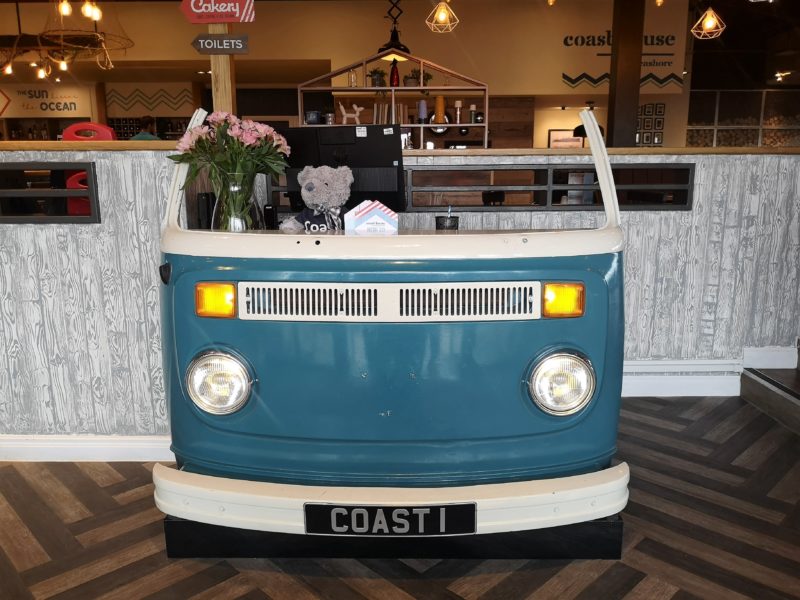 On Thursday we decided to do something a bit different. Although Erin did go to soft play again and also to a sing and sign show in the Live Lounge in the morning, we headed into Great Yarmouth around 10:30. There is a bus that goes from Haven to the seafront and a family ticket (5 people, max 2 adults) cost £5. The ticket can be used all day too for as many trips as you like. We’d been unlucky with the weather until this point but on this day the sun was out and it was really warm so we made the most of it. 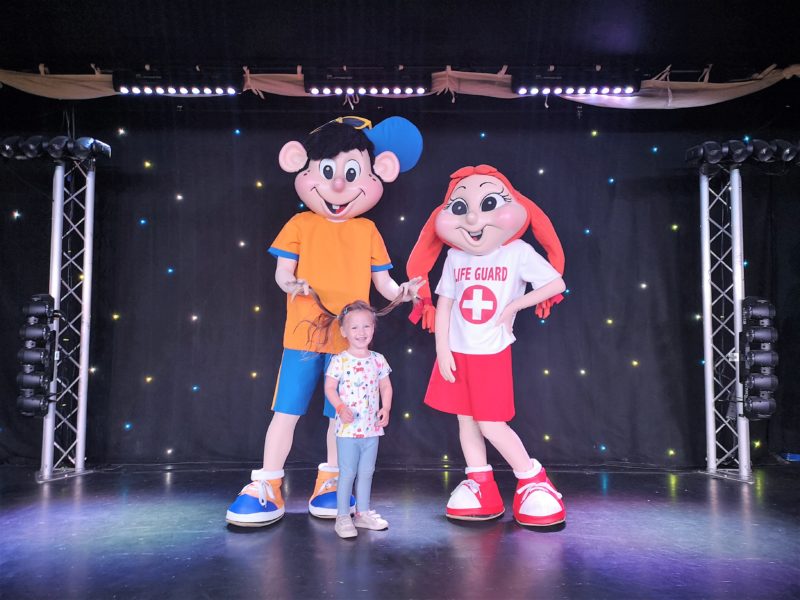 We started our day in Great Yarmouth on the beach. Erin had been asking to go to the beach from the start of our holiday but the weather hadn’t been nice enough. We chose a spot by the Wellington Pier and as we were there on a school day, it was near enough empty apart from us. We got to build some sandcastles, find some interesting stones and do a bit of playing. By this time it was getting on for midday so we went to the nearest place we could find for a chippy lunch. Erin was a bit grizzly though at this point so she didn’t eat too much but was happy to have an ice-cream afterwards. After lunch we visited Sea Life Great Yarmouth. Although Erin was tired and a bit grumpy she really enjoyed looking at all of the fish, touching a star fish and playing in the soft play area at the end. 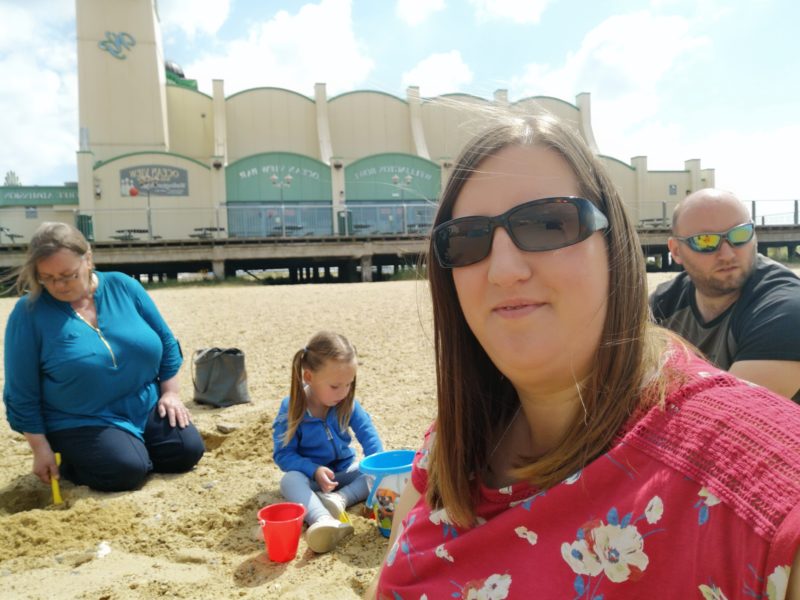 On the way back to Haven Erin fell asleep sat next to me on the bus. She had been awake since around 5am and managed to somehow last until 2:30 in the afternoon. While we were waiting for her to wake up we sat in the Cakery and had a drink. I had been planning on trying the cakes here all week and as soon as Erin woke up we chose 4 cakes and the slices were absolutely massive. At £4.99 a slice though I would have been disappointed if they had been smaller. 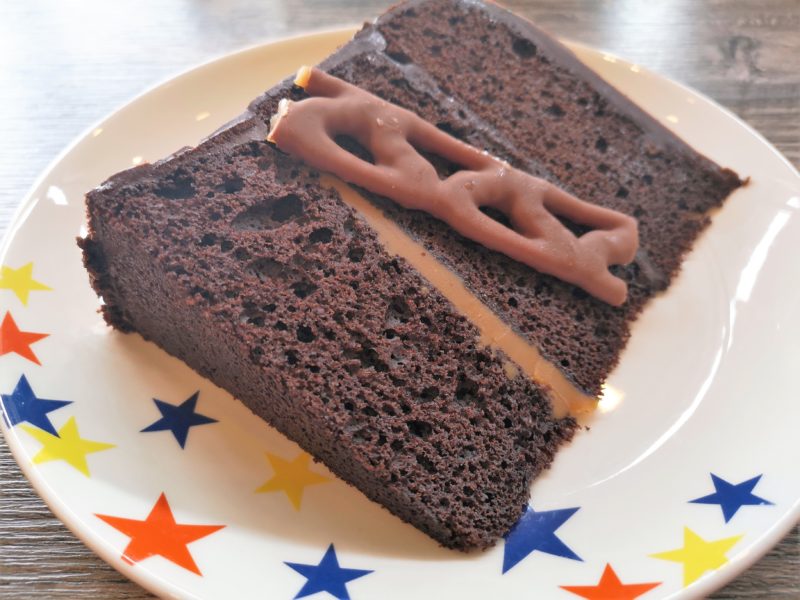 Sadly, Friday meant it was our last day at Haven and time to go home. We packed up most of our things the night before so that we had time for Erin to go to soft play for one last time. While we were there she managed to squeeze in 1 last hug with one of the Haven characters and I think that was the perfect ending to her holiday.

We honestly had the best time at Haven Seashore and I don’t think I could have asked for much more. Erin got to do everything she wanted to do, saw some super fun shows and tries lots of new things. Having my Mum come on holiday was really special and I know that Erin really loved having her there and sharing a room. I hope it’s something she will always remember. 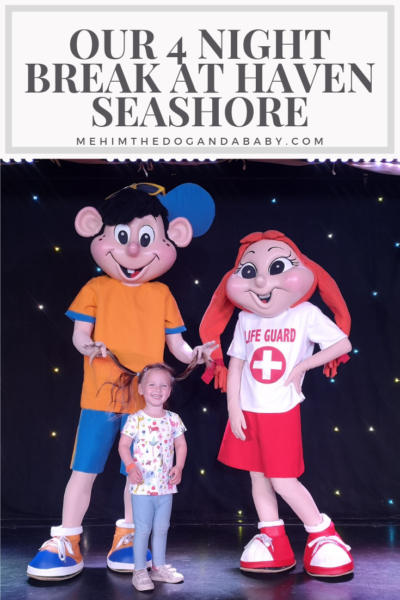 11 thoughts on “Our 4 Night Break At Haven Seashore”