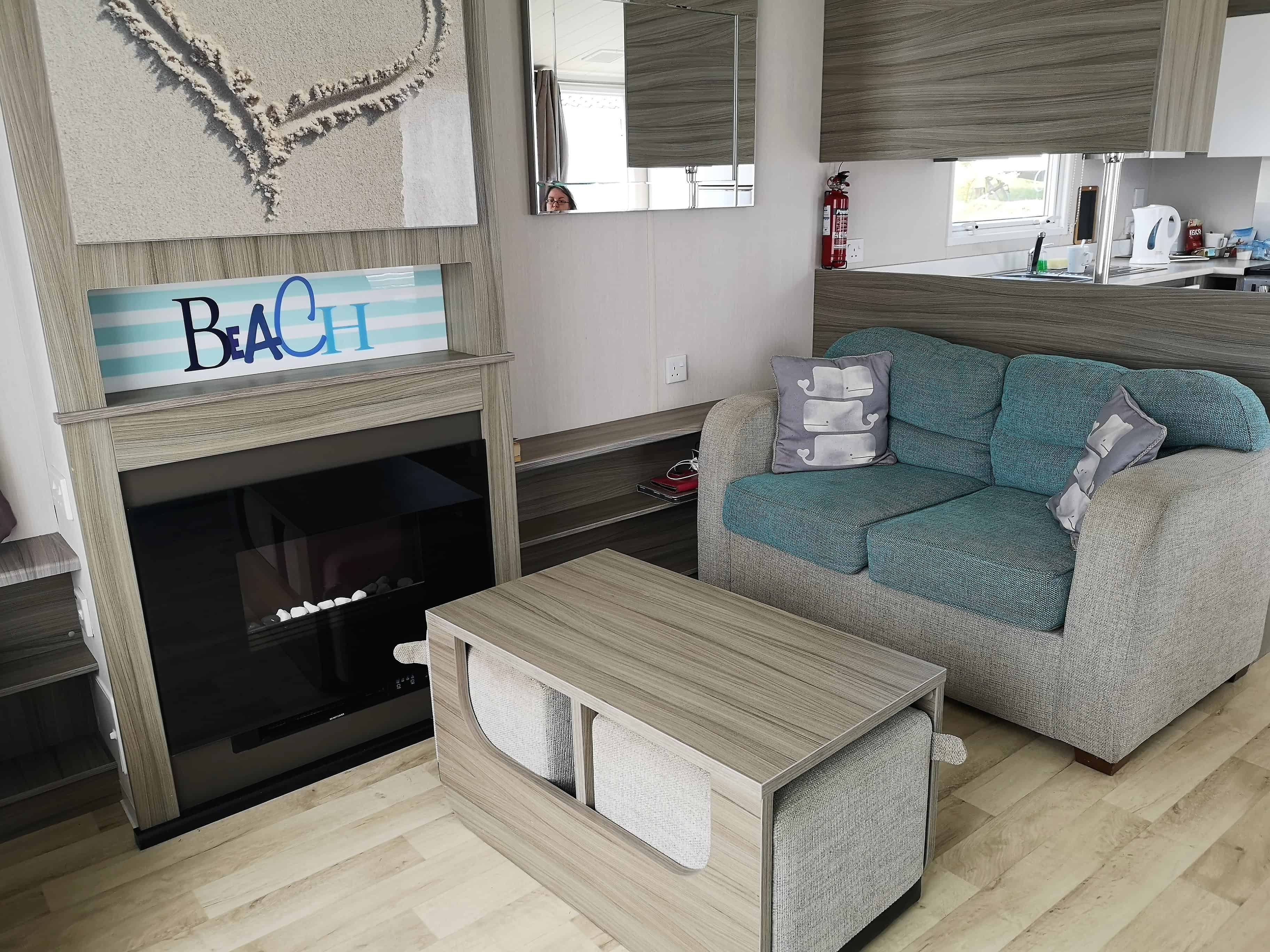 After our break to Haven Caister-on-Sea last year we stayed in a prestige caravan after being upgraded. When we were booking our break for this year at Haven Seashore I immediately looked at the same kind of models as we were so happy with where we stayed previously. I thought that this way, we would at least kind of know what we were getting without any nasty surprises.

Haven Seashore is a lot bigger than Caister-on-Sea and having looked at the map before our visit there was a few areas that I’d hoped our caravan would be in. That didn’t happen and instead we were in Longshore which was right at the end of the park. I have to admit that I groaned a bit as I thought it was that little bit too far away.

Luckily, our location wasn’t nearly as bad as I thought though. From reception it was about a 10 minute walk (a bit more when we were tired or Erin was going slow) and about a 5 minute walk to the swimming pool and restaurant. However, after a long day though we really couldn’t be bothered to walk back to the Live Lounge for any of the entertainment.

As I entered our Prestige caravan I was happy with what we had. I could see immediately that it was actually smaller than the model we stayed in at Caister-on-Sea, with the main living area being smaller. However, the whole room was really nicely decorated with a beach theme and it was clean, light and spacious. The living area had a 3 seater sofa, 2 seater sofa and a coffee table with pull out seat as well as a fireplace and TV. 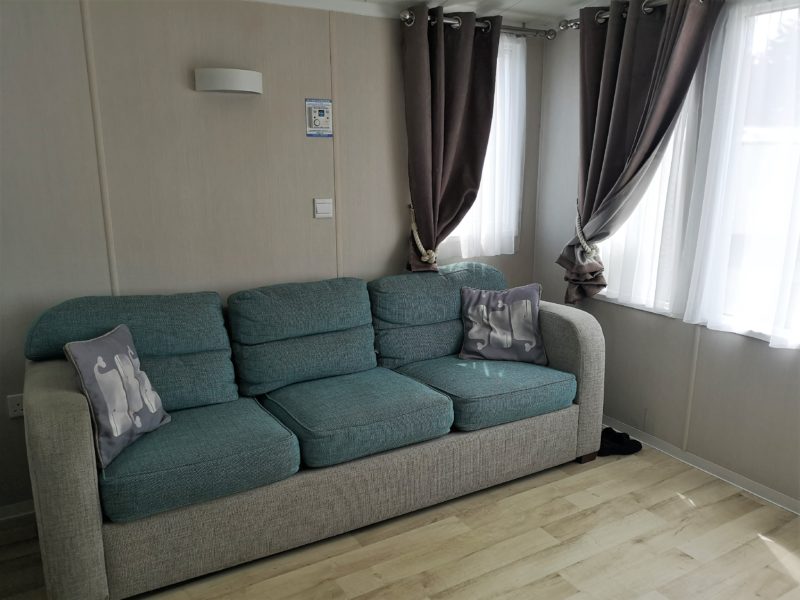 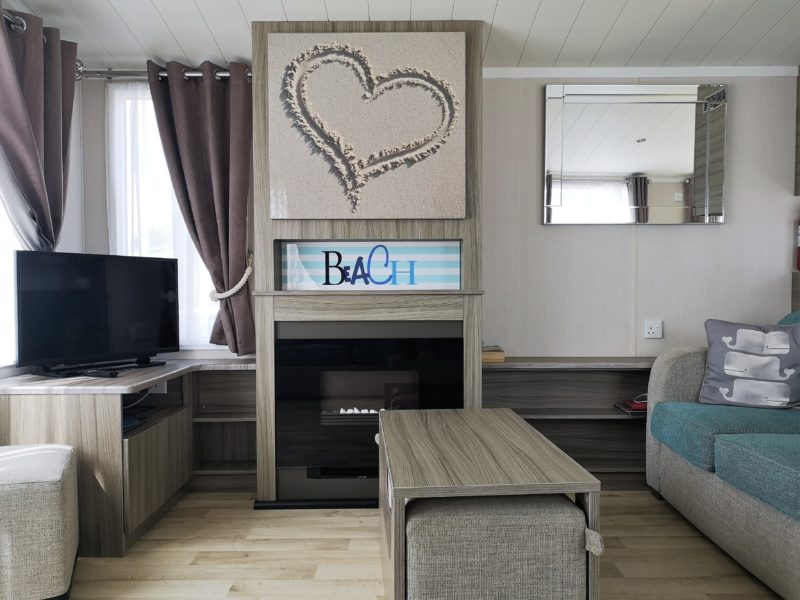 At the back of the living area was an open plan kitchen and dining table which seated 4 people. The kitchen had loads of storage space and we really wouldn’t have needed more. It comes readily equipped with some pots and pans, cutlery and plates etc. Some people like to bring certain things from home but we make do with what’s already provided. The kitchen also has a kettle, toaster, microwave, gas oven and grill and a fridge/ freezer. 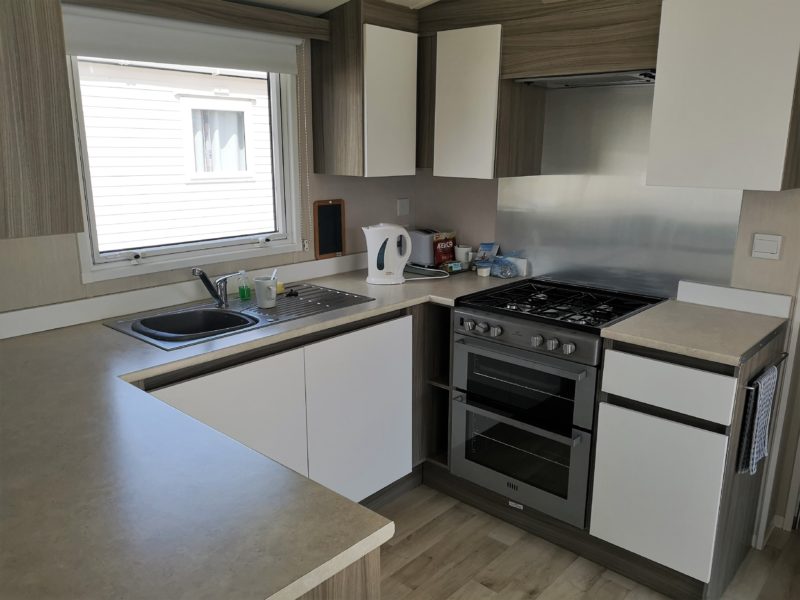 We stayed in a 2 bedroom caravan so through the hallway is a bathroom, a master bedroom and a twin bedroom.

The twin bedroom is actually quite small and there’s not much room for anything other than sleeping. There is a small gap in the middle of the two beds and a small wardrobe. Mum stayed in this room with Erin and while it was an okay room, there really wasn’t enough space for both of their clothes etc. However, I’m assured that the beds were really comfortable and they were there for what we needed them for so that was good enough. 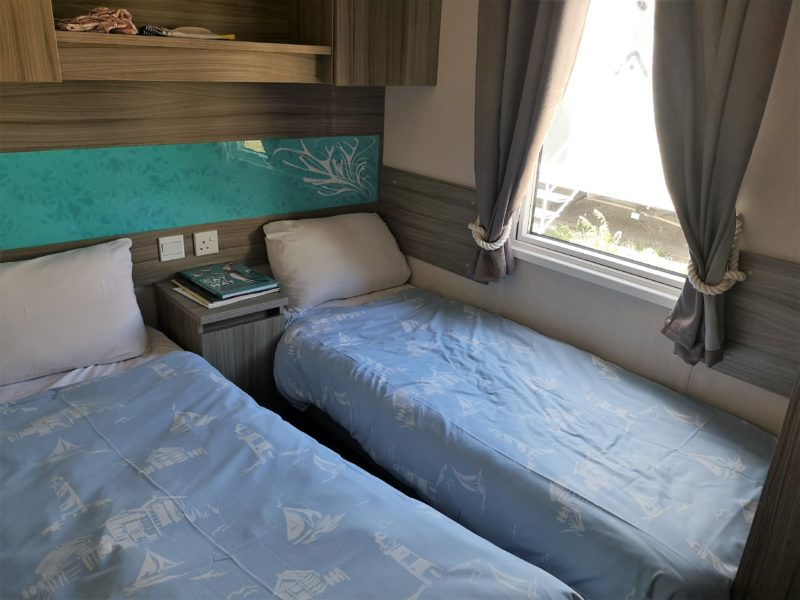 The master bedroom was much larger and it had a lot more extra space. As well as the double bed there was a mirror and shelf, 2 bedside tables, over the bed storage and a huge wardrobe. John and I could hang up all of our clothes, put Erin’s on the shelves and still have extra space. It was nice to be able to have all of Erin’s things in our room as well so that we didn’t take up any of Mum’s space. While John wasn’t a huge fan of the bed, I was. The pillows were the kind that you sink in to and I had 4 nights of really good sleep (apart from 1 night where there was a storm).

Our bedroom also had a small en suite with a toilet. For me, this was really helpful as it meant we always had a toilet free for Erin if she needed to go. 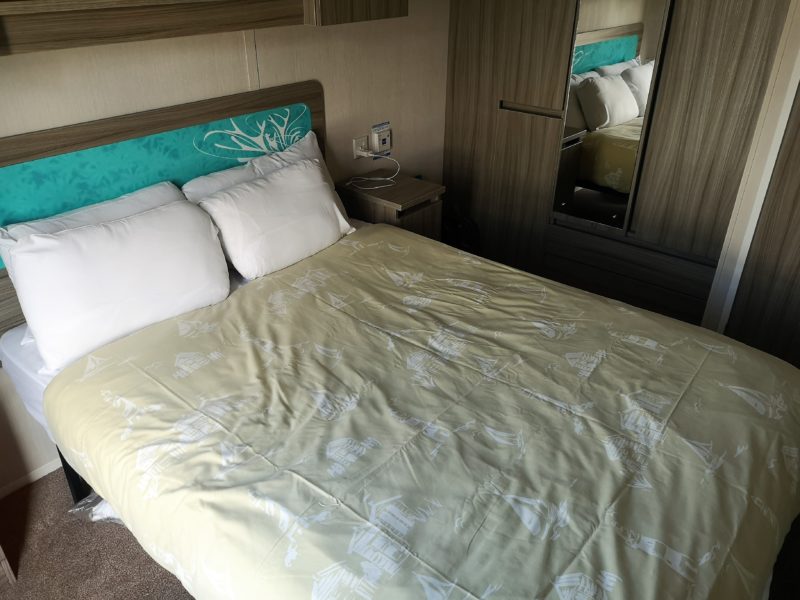 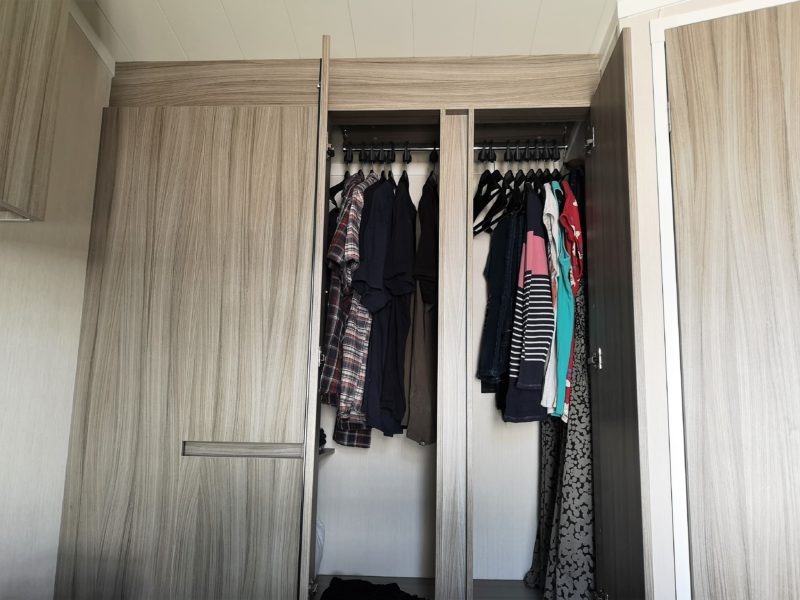 The bathroom is pretty basic but it does have everything you need. As well as the usual toilet and sink there is a large shower. Unfortunately, ours was a bit broken when we arrived and the shower head wouldn’t stay up. Instead of trying to get someone to come and fix it, John managed to do it quite easily with a knife (a screw just needed tightening) but really this is something I wouldn’t expect to see. Once fixed though, the shower was really quite powerful with lovely hot water. The bathroom also had quite a lot of storage space for toiletries which was appreciated. 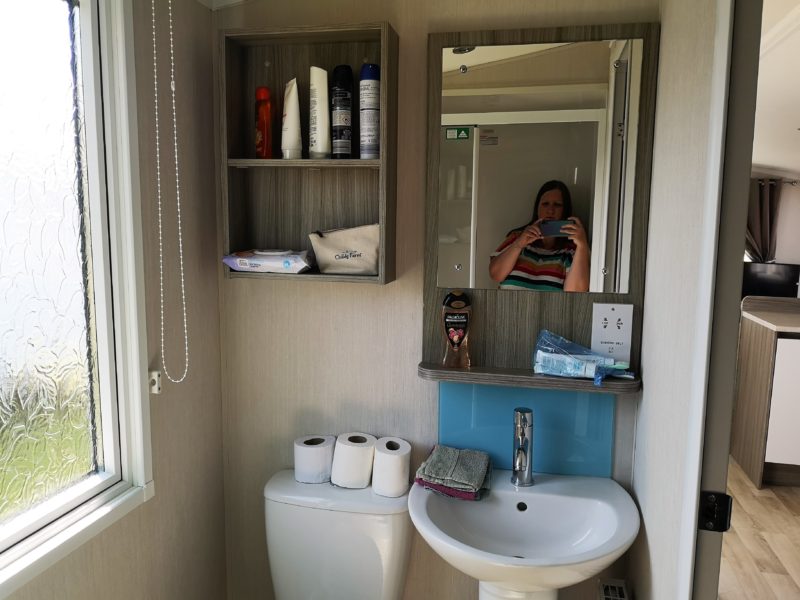 We really didn’t have many complaints about the 2 bedroom Prestige caravan at Haven Seashore. It was slightly less equipped than the one we stayed in at Haven Caister-on-Sea but we were still able to do everything we needed to do without taking any extra kitchen items. Our caravan was a really comfortable place to call home for our 4 night break and I would still happily book this kind of accommodation again if we were to come back. 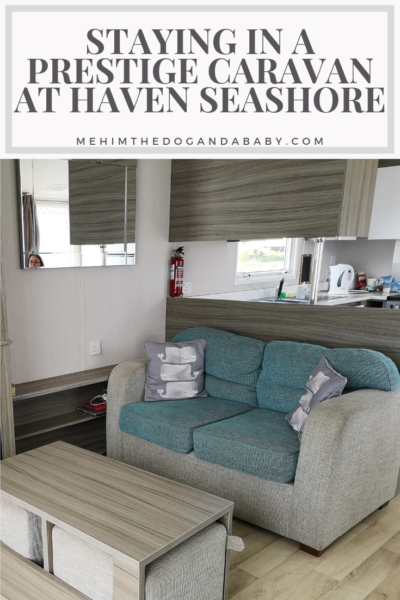 7 thoughts on “Staying In A Prestige Caravan At Haven Seashore”