I have always had Android phones and have only recently discovered a love for the iMac (with a huge want for a MacBook Pro)! I have been toying with the idea of switching from Android to iPhone when my last upgrade came about but the phone I wanted was no longer available and I wasn’t overly impressed with what else I could have had. Instead, I went with a Huawei P9 which I absolutely love. It was always going to take some doing to make me like something more than this phone. So, when Three got in touch to let me trial the new iPhone 8, I was super excited. What better way to know if you want a change than to test something out beforehand?

Our iPhone 8 came armed with a Three Pay As You Go SIM with loads of texts, minutes and data to get us going. The iPhone 8 was super easy to set up and get up and running and the biggest issue I had was opening the slot where the SIM card went! 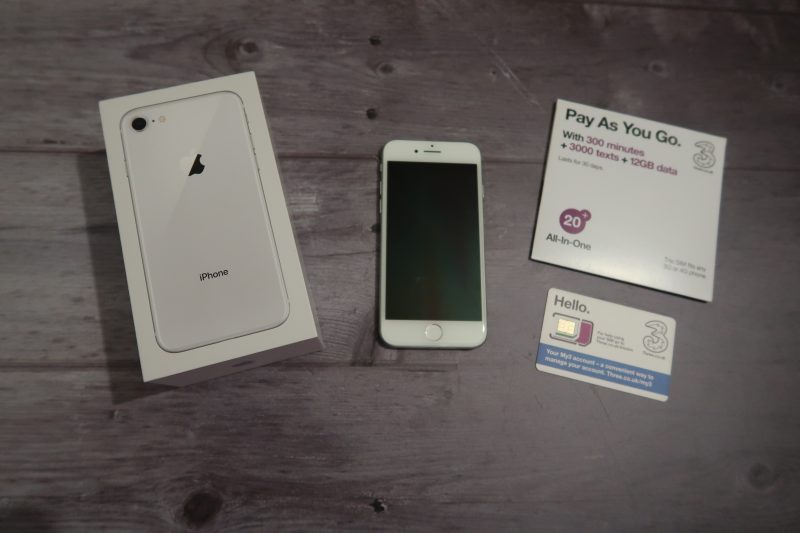 The iPhone 8 is quite a bit smaller than my Huawei P9 and I was expecting to miss the screen size. I really didn’t though. The iPhone 8 actually felt a lot more comfortable to hold although it doesn’t have a bulky, protective case on it like mine does. I have had Samsung phones for years and I always liked the mini versions so I actually really liked the iPhone 8 for this reason alone. When you use a phone as much as I do, I think liking to hold it is a really big thing to think about. If it’s too big and uncomfortable, you’re not going to want to use it.

The biggest selling point of a phone for me now is the camera. As a blogger, I need a good camera with me at all times and I don’t always have my Canon G7X Mark II close by. The Huawei has 2 cameras which is why I chose it in the first place. My photos have been pretty good using it so the iPhone had a lot to live up to. So, was I impressed? Well, yes and no.

Unlike the iPhone 8 Plus, this phone only has the 1 camera so is missing loads of the cool features of the Plus. However, as cameras go on a phone, the iPhone 8 did live up to my expectations. The photos I have taken below have no filters whatsoever and no editing has been done.

The quality of the photos are fantastic and I love how clear and sharp everything is. The camera has a panoramic feature which I really liked. I think this would be great for holiday photos and reviews of places/ attractions. I also loved that there was a time-lapse option for videos. This isn’t something I have used a lot yet but it’s something I would like to use! As I mentioned before, the Plus has loads more features on the camera and this is the only reason why I would prefer the iPhone 8 Plus to this one.

This next picture is one taken on my Huawei P9. Don’t get me wrong, it’s a good photo and the camera on that phone is still pretty great. However, I can really see the difference in the quality now. The iPhone 8 really picks up a lot of details and everything is so clear. If I only needed a camera on my phone for personal use, I would be more than happy to keep the P9 for a very long time. However, I’ve fallen a bit in love with the iPhone in general. 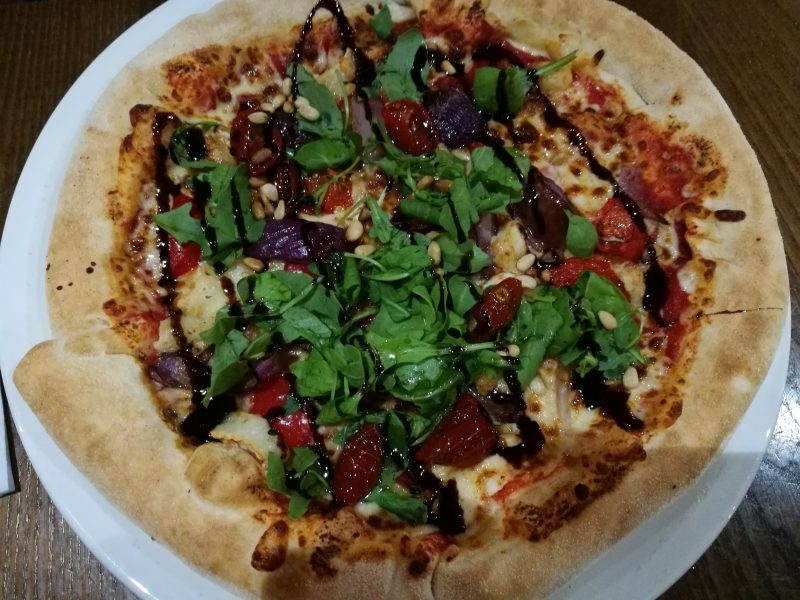 I’m actually really sad about sending the iPhone 8 back. My upgrade time isn’t for quite some time and by then, I wonder if the iPhone 8 Plus is still what I’ll want. Regardless, I now know that I do actually like iPhones, even though it took quite a lot of getting used to.

You can find out more about the plans available for the iPhone 8 through Three here!

We borrowed this phone for the purpose of this post. All opinions are our own.