It’s no secret that Erin is quite picky about the children’s television that she watches. Up until a few weeks ago she would only watch one or two things but we’ve recently introduced her to PJ Masks. The first ever PJ Masks DVD, Time To Be A Hero, is about to be released tomorrow, 30th October and just in time for Halloween!

Our DVD was delivered in a super shiny, hero like, blue envelope and Erin squealed a bit when she went to pick it as soon as it came through the door! She didn’t even know what was in it at this point but she was more than happy. When we got the DVD out and she saw the shiny sleeve a lovely ‘Oooooh’ came out of her mouth! 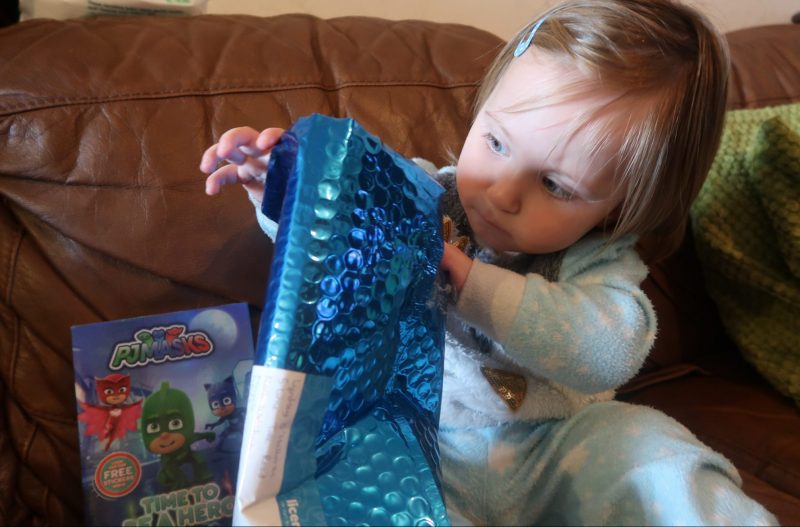 If you’re new to PJ Masks here is what the show is all about:

By day, 6 year olds Connor, Amaya and Greg go to school like everyone else. But when something goes awry in the city, these special kids, filled with curiosity and a sense of justice get ready for their mission – but they have to wait until night fall when the city is asleep and they can go un-detected.

As night falls and they put on their pyjamas and activate their animal amulets, they magically transform into superheroes – Catboy, Owlette and Gekko and become the PJ Masks!

Time To Be A Hero features 6 fan favourite episodes which are: 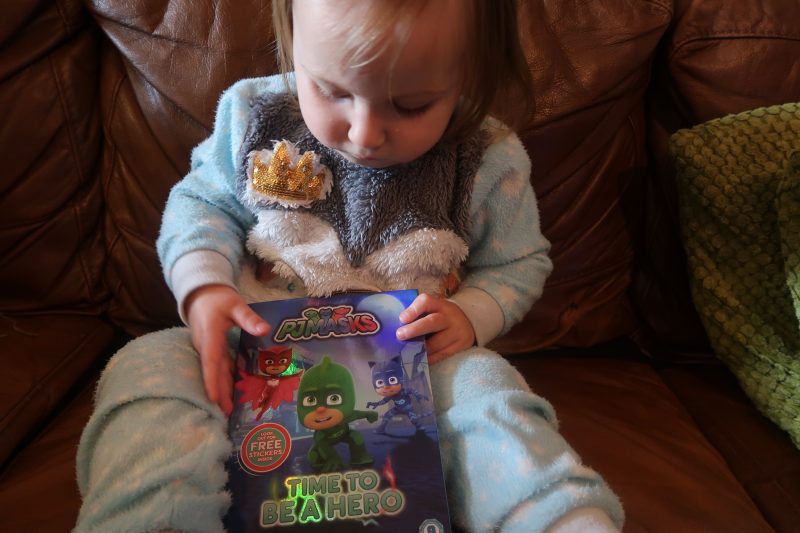 As Erin is only nearly 2, the short (11 minute) episodes are just the right length to keep her attention. Having the DVD means we can watch as many or as few as we like while Erin is still interested. What’s also great about having the DVD is that we can take it away with us should we go somewhere that doesn’t have much for children to do or watch!

Pre-order the DVD on Amazon HERE!

Disclaimer: We received this item for the purpose of this post. All opinions are our own.