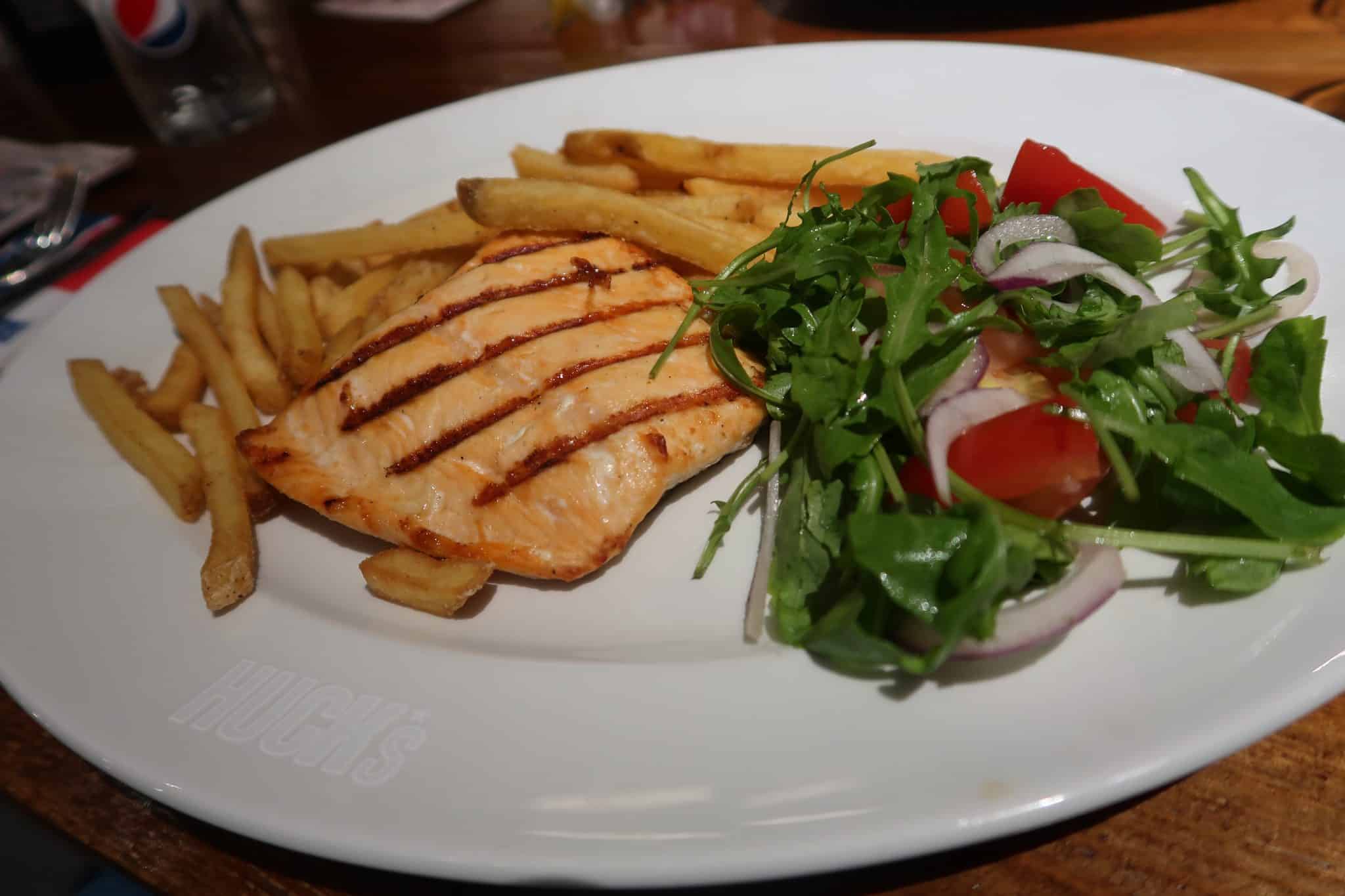 We decided to eat out on each evening of out holiday and our first night we chose Huck’s American Bar & Grill. We wanted to be able to eat a variety of food and not eat at the same place more than once. Huck’s is located in the Village Square and was a quick 10-15 minute walk away from our lodge, depending on whether Erin was walking or in her pushchair.

The play areas in Huck’s are pretty amazing. There is a small room with soft play blocks for very young children and a bigger room that was a bit like a tree top adventure for slightly older children. What I was most impressed with though was the room full of iMacs for teenagers and adults which came equipped with joysticks and games. As soon as we realised there was a play area, Erin was off and she ran around right up until our dinner arrived. 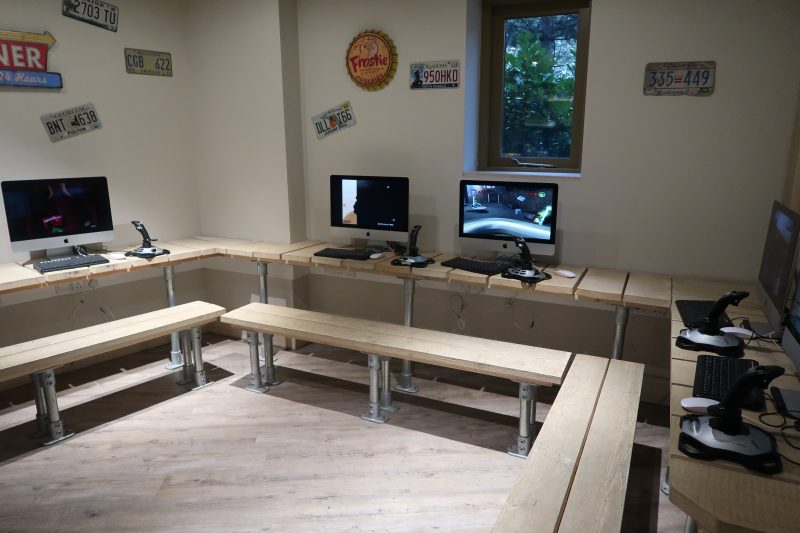 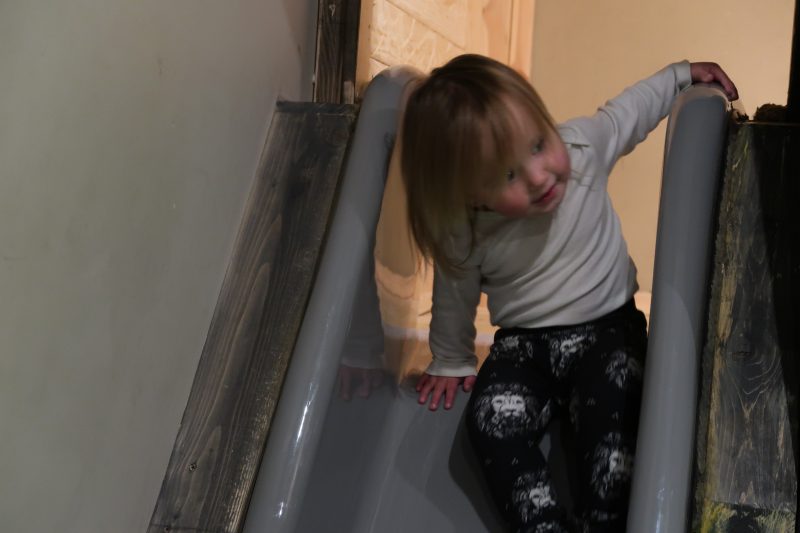 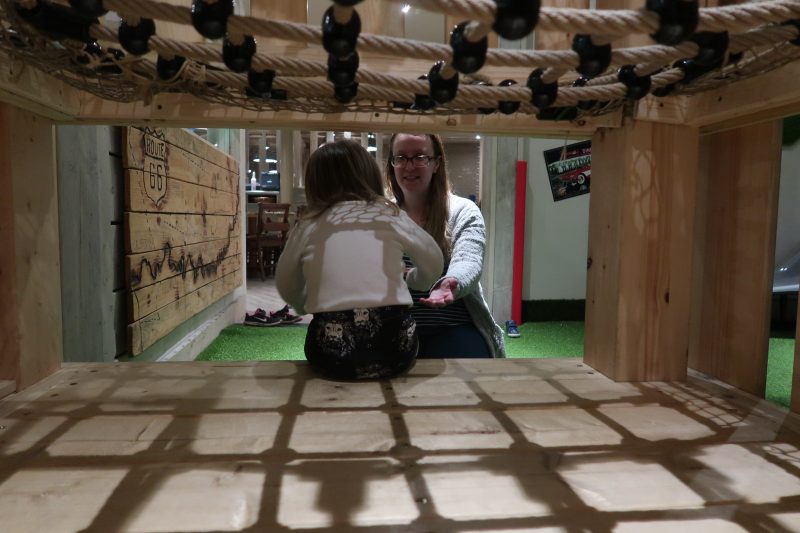 Huck’s has a really good choice on their menu and there really is something for everyone. I am really picky and I had a few options while the three that are vegetarians were really impressed with what they could have. If you don’t eat meat or fish though you may be quite limited but we thought the menu was good.

For children, there is the option of a buffet or having a smaller portion of a main meal. As Erin is not even 2 yet, we didn’t order for her as the buffet was £8.25 and she really wouldn’t have eaten much, especially as she doesn’t eat meat. The options were chicken nuggets, fish stars, pasta and meatballs and chips. I certainly wasn’t going to pay £8.25 for Erin to only eat chips but I do think this is a really good idea for older children. The other thing is that the buffet was very meat and fish focused. If your child won’t or doesn’t eat these, then it’s probably best to try to find something on the menu.

On the adults menu there is plenty of choice but yet again, mostly meat and fish options. There was probably a handful of options without meat or fish so you may be a bit limited with choice at Huck’s if you don’t eat these. However, there are gluten free, vegan and lactose free menus as well which I think will make so many diners happy and relieved! Between us we ordered a hot dog and fries (there are a few different toppings available), salmon which came with fries and a side salad a butternut squash and black bean pasta bake which came with a side salad.

Again, we all really enjoyed our meals. However, the service here wasn’t nearly as good as it was at the Sports Cafe, where we ate at earlier in the day.

The prices are pretty average for Center Parcs and a meal for 4, plus a jug of Pepsi and a glass of lemonade came to £71. If you book in advance online and pay the £5 deposit, this is then taken off your bill. Having that bit already paid actually makes a massive difference and makes eating out while you’re at Center Parcs that little bit more affordable at the time. We were asked if we we okay quite soon after our meals arrived and then we had to ask for the bill when we were finished as no one came over. Also, the £5 deposits hadn’t been taken off our bill so we had to ask for this to be changed. I know these aren’t massive issues but they do make other restaurants stand out in terms of service.

Huck’s American Bar & Grill really has families in mind though and we did all really enjoy our food. The play area at Huck’s was one of the best in a restaurant and we loved that there was something for teenagers and adults too.