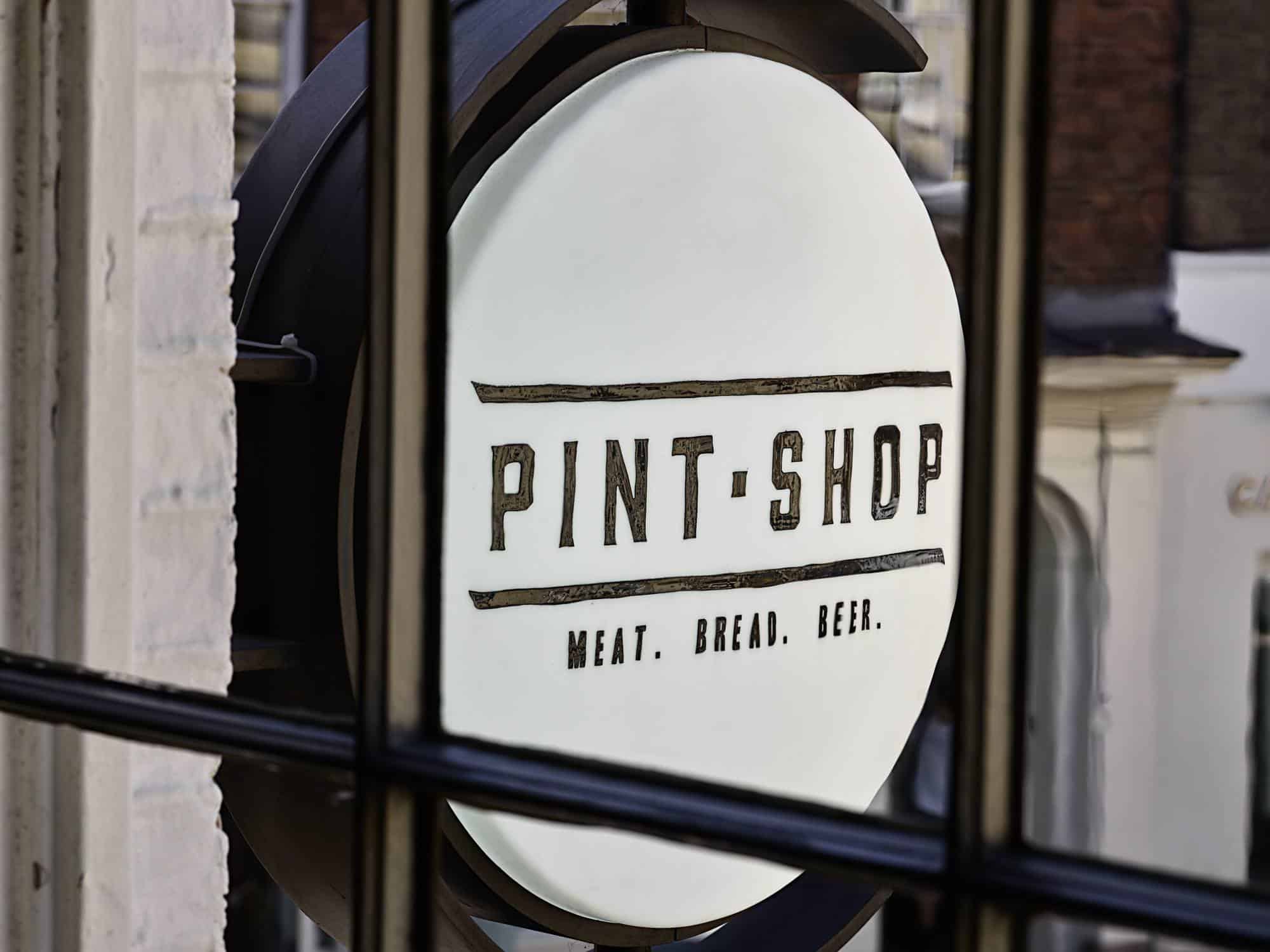 Last week I spent a day in Cambridge with Katy from KatyKicker and her gorgeous daughter Daisy. We both arrived at around 11am and after a couple of hours of travelling on the train I was getting pretty hungry. Thanks to Greater Anglia and their #lettheadventurebegin campaign, we already had somewhere booked for lunch. I couldn’t wait to get to Pint Shop, Cambridge. (There is another location in Oxford)

Pint Shop is about a 20 minute walk from Cambridge Station and only a minutes walk from the market and the Grand Arcade Shopping Centre. Being in the centre of Cambridge makes this a perfect choice for lunch, dinner or drinks! Even though I have only been to Cambridge once before I managed to get us around the corner from the restaurant without a map so I was pretty pleased with myself.

We arrived just as the restaurant was opening as 12 midday. I think we were pretty much the first people there and were sat down straight away. The staff were super helpful and got us a table with plenty of space for both of our pushchairs. Also, instead of highchairs being shoved at the end of the table, the extra chairs were taken away so our girls could sit right next to us. This is a lot more than I’ve had before at some very well-known restaurants so I was really thankful for the extra thought.

Katy and I honestly took ages to order. Between trying to sort the girls out, picking up plastic picnic set pieces a million times and chatting, we didn’t even look at the menu for quite some time. When we did, we both decided on the same meal; Spit Roast Beer Brined Chicken & Fries with Garlic Butter. I ordered Crispy Chicken & Fries for Erin while Katy ordered Fishcake & Peas for Daisy. 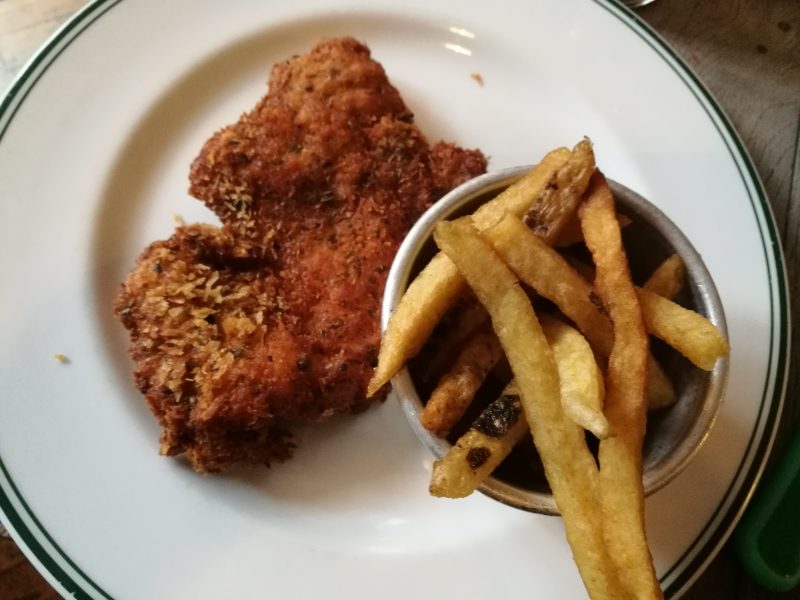 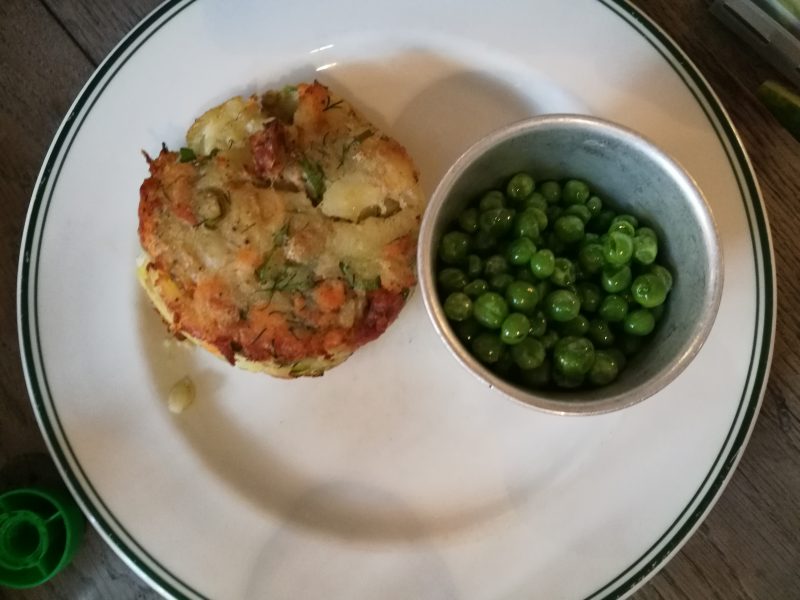 Even though we took quite a while to order, it didn’t seem like the food took too long to arrive. I think that was probably a good mix of us chatting away and it not actually taking a horrendous amount of time. Erin dived into her fries very quickly and was really happy with them. My chicken was absolutely delicious. The meat was soft and tender without being dry at all and the garlic butter was pretty amazing! 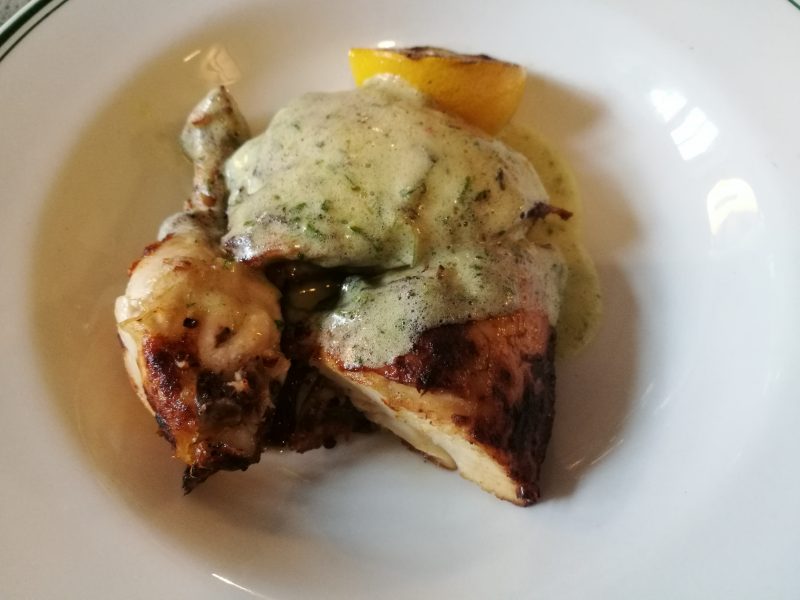 Unfortunately, Daisy didn’t do too well with her lunch. She has quite a lot of allergies and she had a pretty bad turn during lunch. We don’t know what it was specifically so really not the fault of the restaurant. However, there was a fair amount of sick involved, a hell of a lot of blue roll and a change of clothes needed. The staff at Pint Shop dealt with the whole situation extremely well and I’m sure Katy will tell you that they were fantastic. They didn’t care one bit about helping clean up, they just got on with it.

Not only were the staff super helpful with Daisy but they also really know what they’re talking about. Our server was able to tell us exactly what was in the food and when asked by other customers, he was really knowledgeable about what beers were on offer. Pint Shop is well-known for their selection of beers and cask ales and it was impressive to hear someone talk to easily about what was available.

After everything, we just weren’t feeling having a dessert. It was a shame though because they sounded great. It’s probably a good thing I didn’t have one though as I was still full from lunch well into the early evening. There were just a couple of things that could have made our visit better though and they are: 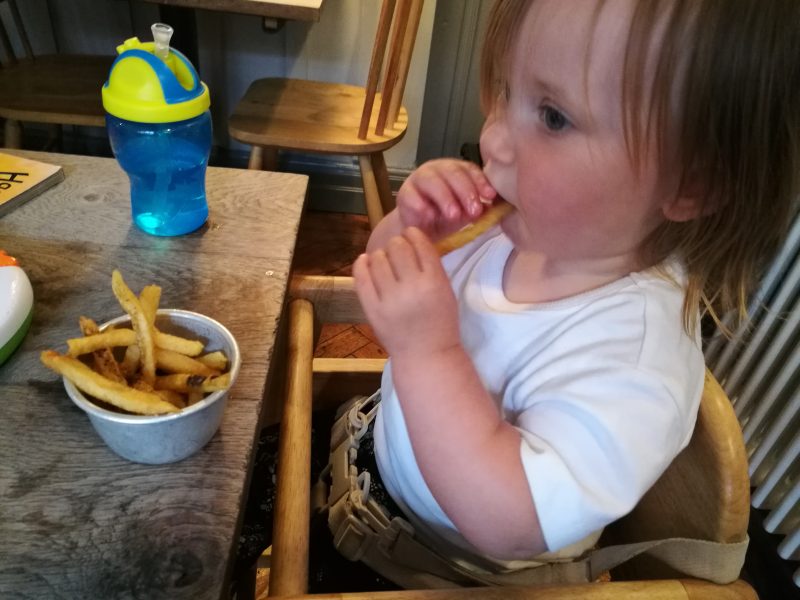 Next time we’re in Cambridge, I would quite happily visit Pint Shop again!