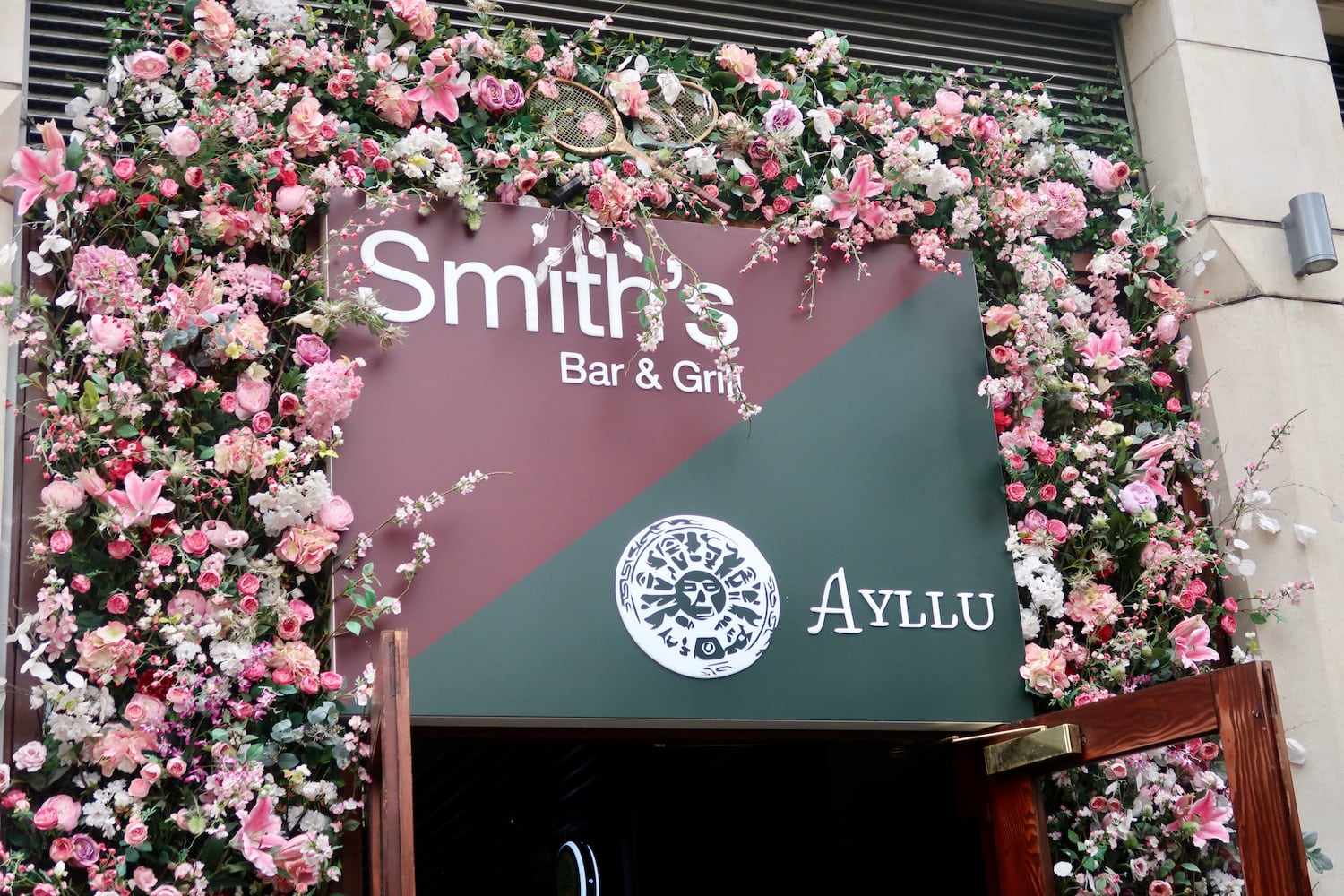 On our stay in London last week we had a fabulous morning with GoBoat in Paddington and were looking for somewhere close by to have lunch afterwards. We were invited to have lunch at Smith’s Bar & Grill which is also located in Paddington so this was a great time for us to try it out.

Smith’s Bar & Grill is located at 25 Sheldon Square in Paddington, London. The nearest station to Smith’s Bar and Grill is Paddington, which is anywhere from a 2-10 minute walk away depending on which exit you take. Other options are Edgeware Road and Royal Oak, both of which aren’t far away. The number 46 bus also stops a couple of minutes walk away.

Smith’s Bar & Grill offers a couple of different options at lunch time including the set menu. This menu is available Monday to Wednesday from 12-4pm and costs £15 for 2 courses or £18 for 3 courses.

For lunch there is also an Al A Carte menu which is served from 12pm right up until 11pm and this is the menu we chose to order from. There are plenty of seafood and meat options on the main menu with a few salad/ vegetarian options. It wasn’t clear which, if any of these, were vegan. 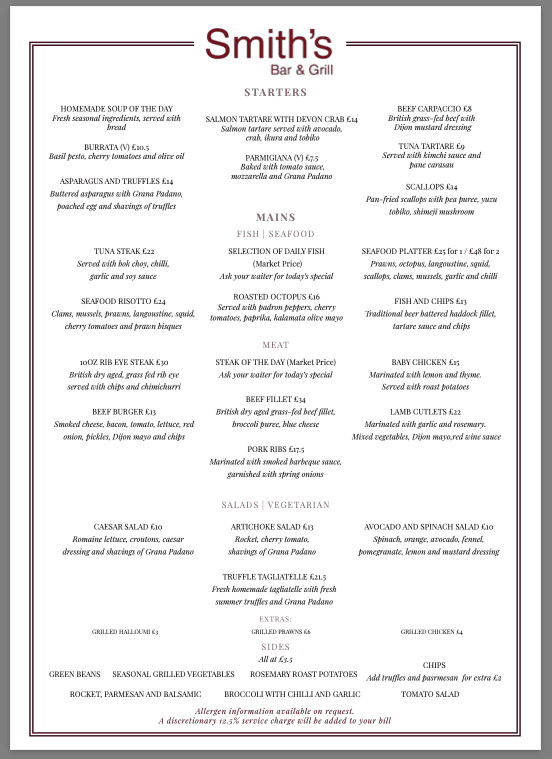 Sadly we didn’t have time for a full three course meal due to having other commitments later in the afternoon so we decided to go with a main and dessert and skip the starter.

John was especially happy with the choices on the menu, being a bit of a fan of fish. We don’t eat this often at home so it’s usually his go to choice when we eat out and there was plenty for him to choose from at Smith’s Bar & Grill. John finally settled on the seafood platter, something that was really different for him!

The seafood platters come as a meal for 1 or it can be shared between 2 and consists of Prawns, octopus, langoustine, squid, scallops, clams, mussels, garlic and chilli. John’s meal was beautifully presented and looked amazing when it was brought out. This was John’s first time eating octopus and honestly, he wasn’t really a fan. However, that wasn’t anything to do with the restaurant, just personal taste.

I went for something a bit safer as I’m definitely not as adventurous when it comes to food. Being from Grimsby I love a good piece of haddock and chips so this was quite an easy choice for me. However, I did see a burger going out to another table and it looked great so that would have been my second choice.

Although not quite as pretty as John’s meal (not sure how you would do that with fish and chips), my haddock was really delicious. The batter was crisp and fresh while the haddock was buttery and really good quality.

The children’s menu was quite small with only 3 options for the main. Included in the £7 price children also get a scoop of ice cream. From the choices of fish and chips, chicken bites or tomato and basil linguine Erin went for the chicken bites with chips.

Just like my fish and chips, Erin’s lunch was a really good portion for her. Erin got 5 well sized battered chunks of chicken with a pot of fries on the side. The chicken inside was lovely white chicken breast and Erin really enjoyed her meal.

Erin was quite excited about dessert, as she always is and went for simple chocolate ice cream… something that you can never really go wrong with. Although it was for a child, it was presented beautifully with lovely detail such as the flower on the top and this was something Erin was pretty amazed about.

John’s dessert was the chocolate maki, something neither of us had heard of before. If, like us, you don’t know what it is then this is the description from the menu: sponge cake with yuzu curd, dulce de leche, strawberries and hibiscus jelly coated with popped kiwicha and sweet ginger

I went for something a bit more traditional with the strawberry cheesecake and I am so glad I did. The cheesecake is double baked and topped with strawberry coulis and white chocolate decoration. Not only did it look amazing but it tasted great to. In fact, I’d go as far as to say it’s one of the best cheesecakes I’d ever had. John was pretty jealous he didn’t pick this too!

Smiths Bar & Grill isn’t your average chain restaurant in London and it’s a bit more upmarket than we’re probably used to, especially when choosing somewhere to eat with Erin. However, the service was outstanding and an effort was really made with Erin and that goes a really long way with me. Not only that but the food was really delicious and because of this it’s definitely somewhere we would consider for more of a special occasion meal on another trip to London. 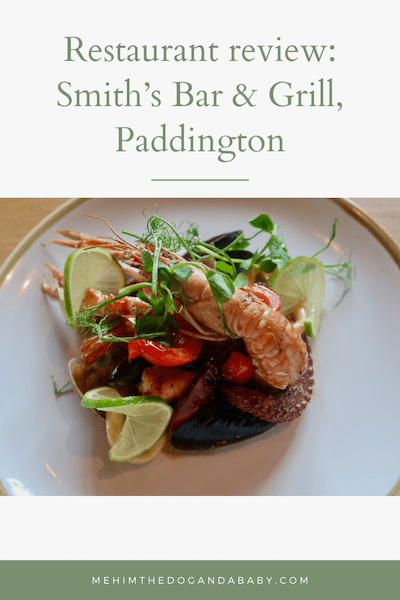