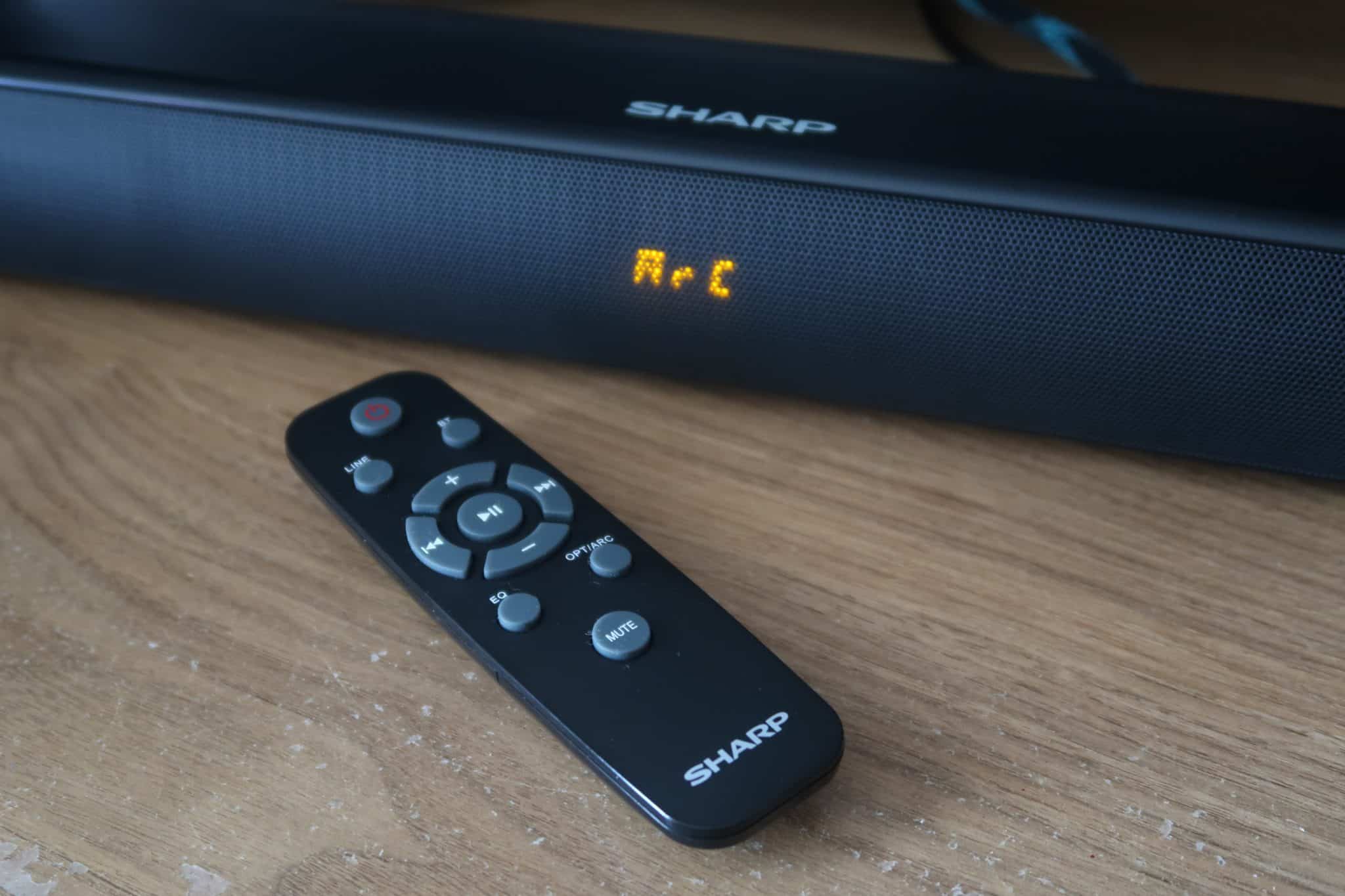 A while back now we upgraded our TV after the old one sadly died. We went for a bigger screen than we’d had before and also one that had Netflix and Youtube integrated. However, we quickly realised that the sound quality was TERRIBLE! Sometimes we would have to turn the volume all the way up to maximum just to be able to hear things properly but then another channel would be really loud on this setting. A soundbar has been at the top of my wish list for so long now and AO.com recently sent us the Sharp HT-SB150 Bluetooth Soundbar to review.

I am not the most technical of people so I worried a little bit about how difficult this would be to set up. The instructions are quite simple but I did have to Google a few terms as I didn’t know what some bits meant. I’ll get to that later though. In the box you get the soundbar, the remote control (takes 1x AAA battery which is included) and 2 mains plugs (1x UK and 1x European). What I didn’t think about beforehand was that this soundbar needs a HDMI cable to connect it to the television. Luckily, we had a spare in a box so after digging that out, I was ready to get the soundbar set up. 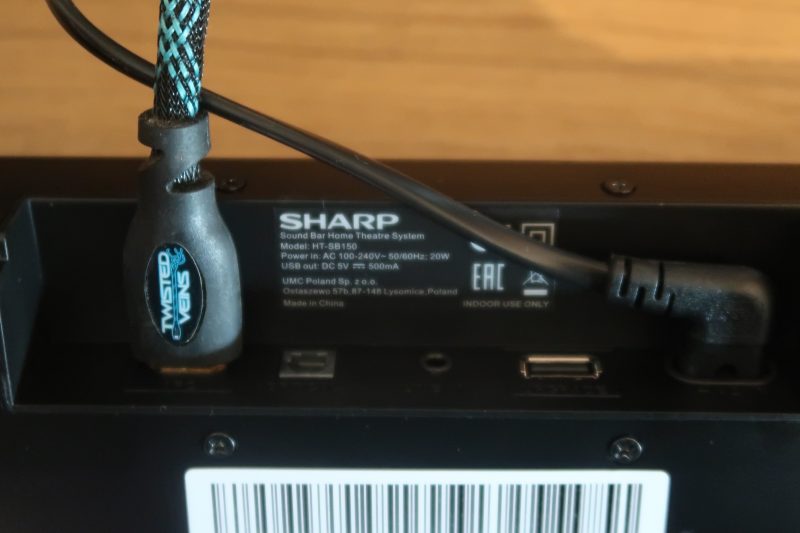 If you want to use the ARC HDMI slot to connect the soundbar to the television first you need to make sure your television supports this. I actually had no idea what any of this meant and when I first connected the HDMI cable to the TV I did it wrong. This is where I think the instructions could be a bit more explanatory. The HDMI slots on the back of the television will say ARC next to them if they are compatible and I think generally televisions only have 1 of these. I had to swap my cables around a bit once I realised our television did support ARC. If your television doesn’t have ARC support then you’re going to need optical and auto cables instead. 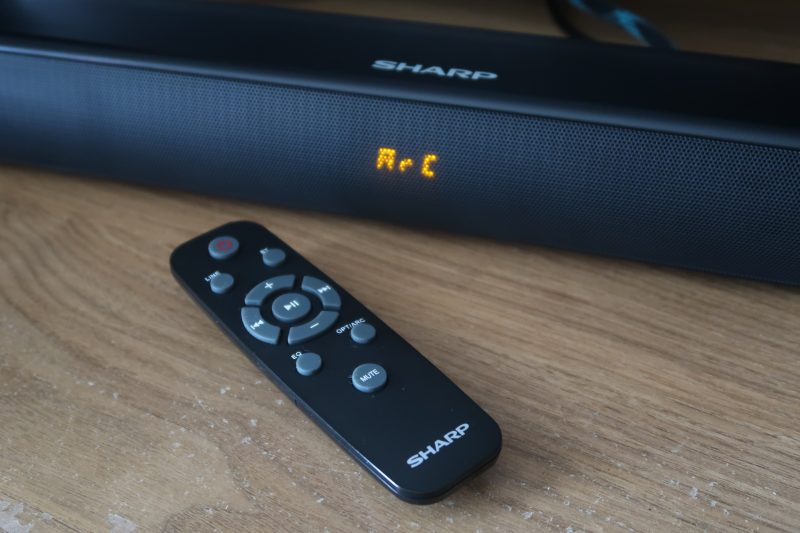 Once the television and the soundbar was connected I was ready to get going. The remote turns on the soundbar from standby mode and then you choose which setting to use. The remote is really simple so after pressing OPT/ ARC and turning up the sound I could really hear what the soundbar could do. Before I go any further though, something that the instructions don’t mention is that you actually have to mute your television or turn the volume right down or you have sound coming from 2 places. I didn’t realise this for a few minutes until I was playing around with the volume. 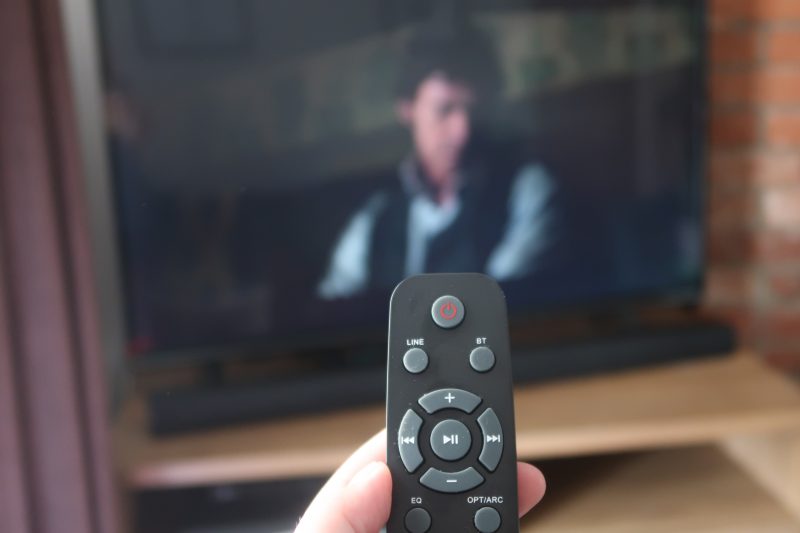 We have our soundbar on our television stand and it only just fits so this is something to take into account when choosing yours. The soundbar can also be mounted on the wall and this one came with the fixings. This would be great if you already have your television on the wall but as we don’t it wouldn’t have been practical for us. 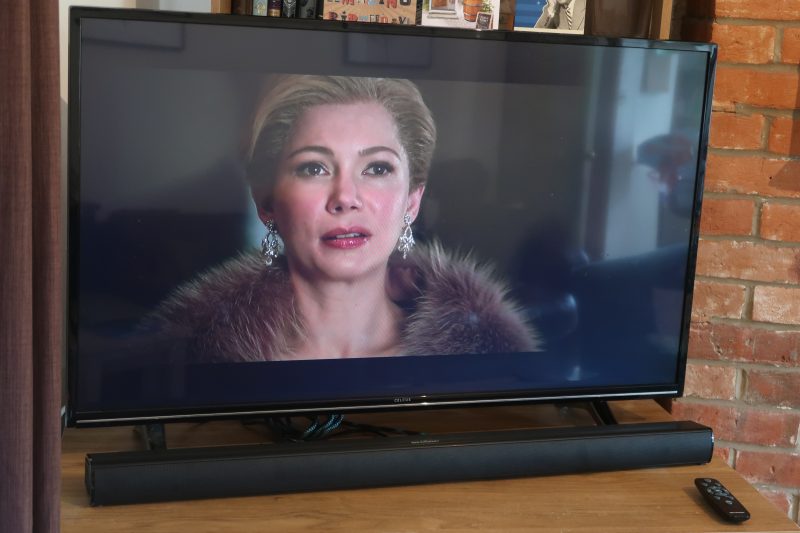 While I knew how bad the sound quality was on our television I don’t think I really realised how much difference a soundbar would make. The Sharp HT-SB150 Bluetooth Soundbar was so simple to set up after a realised what a couple of things meant and it has made watching television a much better experience. 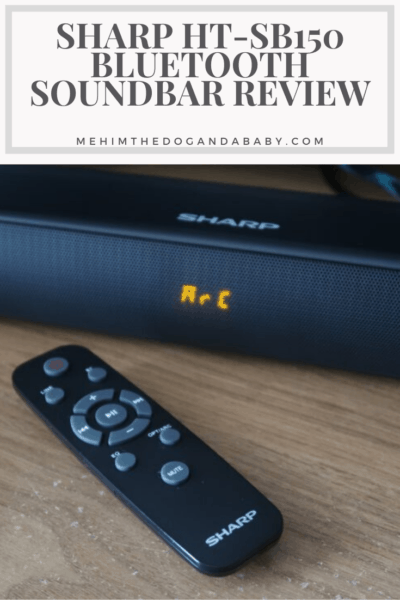