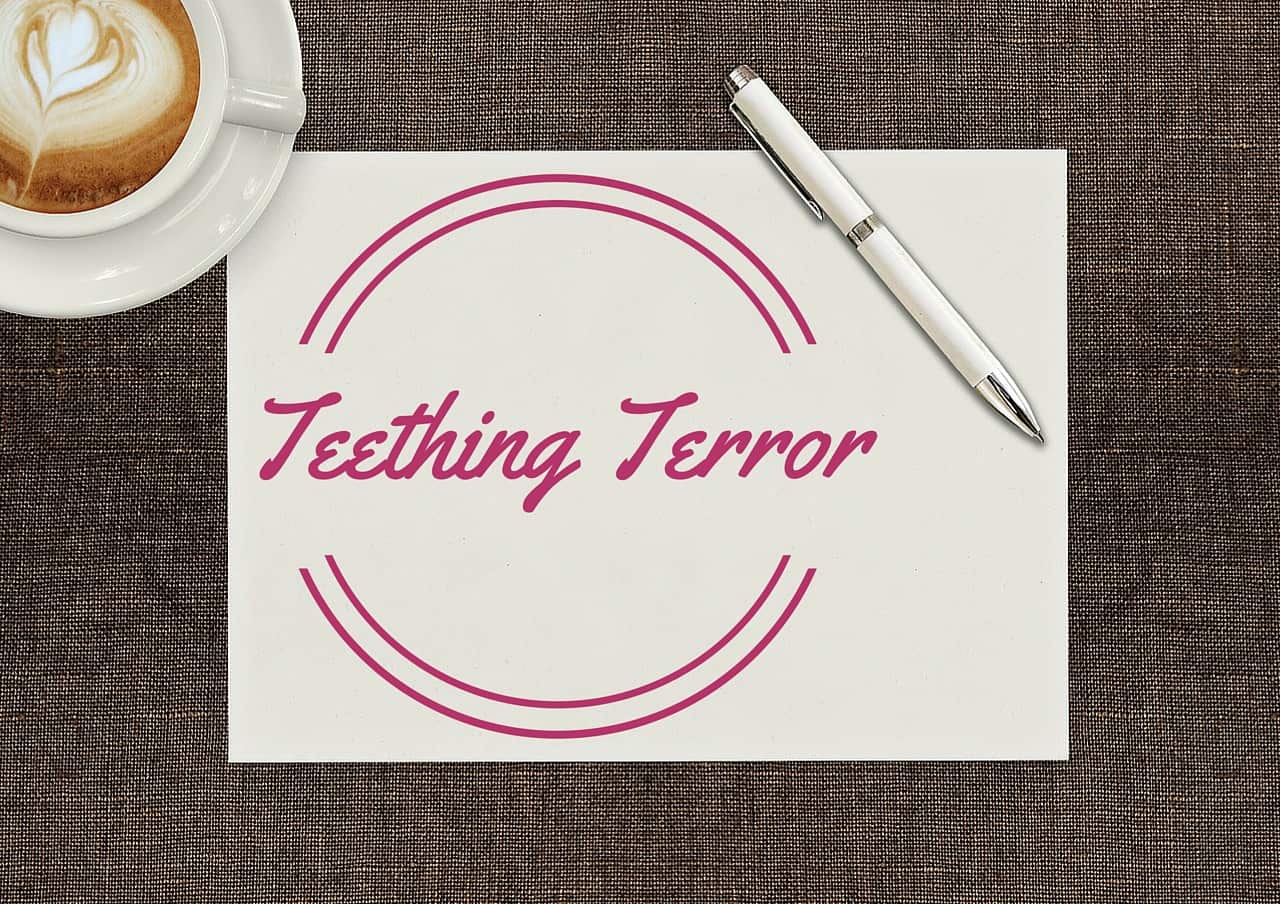 For weeks I thought Erin was teething. I was wrong. Now that it is real, she has become a right teething terror!

Last Friday was the day that Erin turned 6 months old and the day the Erin cut her first tooth. That week she hadn’t been sleeping as well as she normally would. She had been waking up crying an hour or so after going to bed. She’d wake up at the crack of dawn. She was slightly more irritable than normal.

I was not expecting the second tooth to show up within a week. It was only Monday that I could see the second tooth pushing up on the gum next to her first. By Tuesday Erin was in full teething meltdown mode and it was bloody horrible. She was clingy (this I don’t mind), screamed a lot and just would not settle for anything. I was using teething gel and granules whenever I could. It wasn’t enough. Bedtime with Dad didn’t go to plan either and I had to step in to get her to sleep.

Wednesday was the day we went to the zoo. She cried as soon as she got there because she was hungry and tired. The pain from her gums also kicked in. She didn’t want to sleep in her pram. On the way from the zoo into town Erin had a full on melt down. I had to carry her for some of the way. I had to bring out the big guns. The Calpol! I don’t like giving or taking medicine but I could not bear to see my little girl in so much pain.

I know people say that teething is a horrible thing but they don’t say just how bad it is. Teething is a bastard. A big, scary, painful, mean bastard. I have wanted to sit in a corner and cry for the most part of the week. I think if I had been out on my own on Wednesday I would have had a melt down myself. I felt horrible for wanting a break from my poor girl who was in pain. I couldn’t cope. I can only imagine how she was feeling.

Thankfully that second tooth has now cut through the gum and Erin is slowly starting to calm down again. I’m dreading the next tooth. For now, Erin is starting to learn what those teeth are for by biting Grandma’s hand as hard as possible, whenever she gets the chance!

If anyone has any kinds of hints and tips I really would appreciate them!