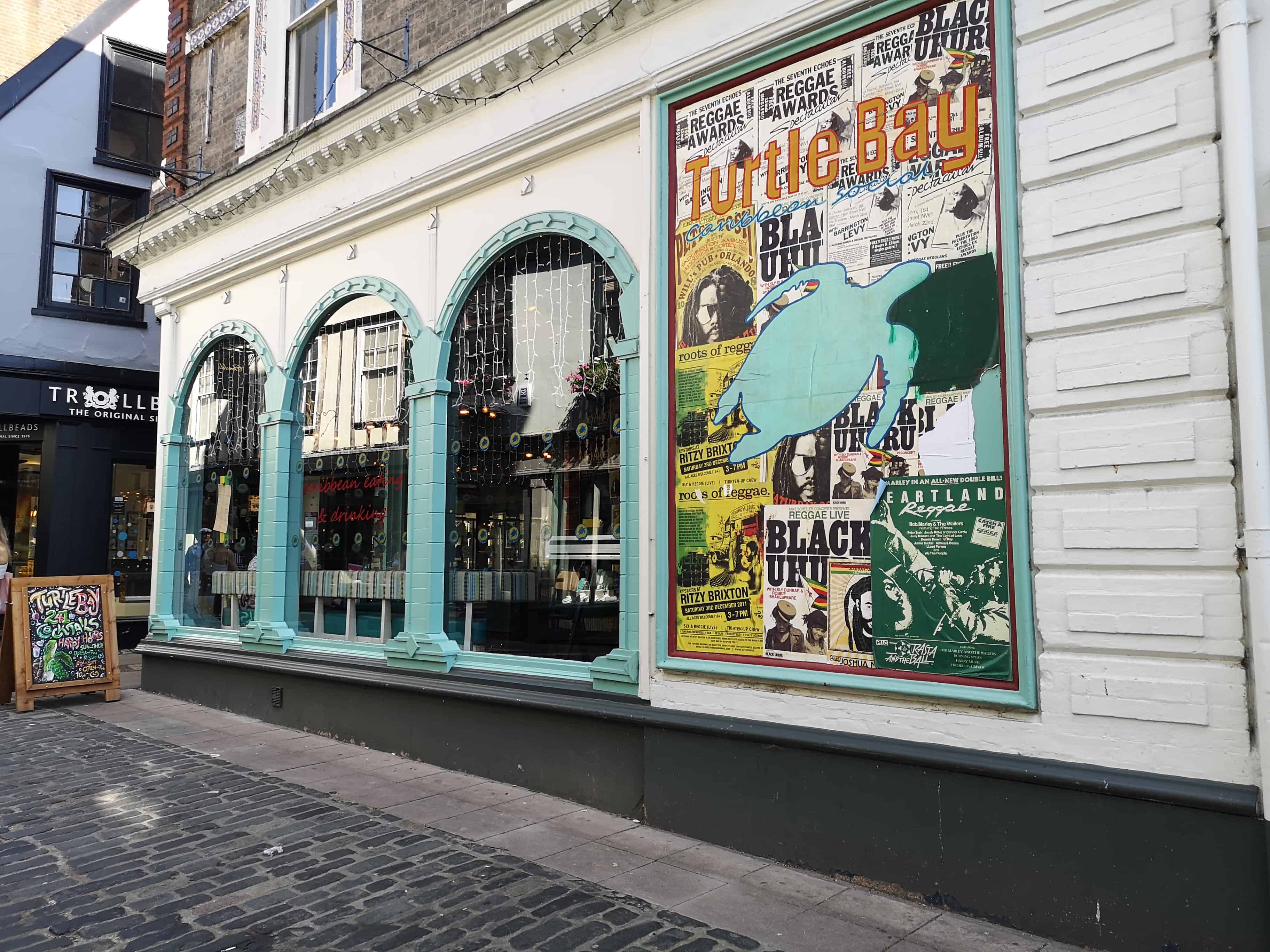 Last week John was off work and I was determined to make the most of it by planning some great family days out and meals that we wouldn’t go for otherwise. Somewhere that John always enjoys, and is one of his favourites, is Turtle Bay. We had a day planned in Norwich so it seemed like the perfect time to book a table. 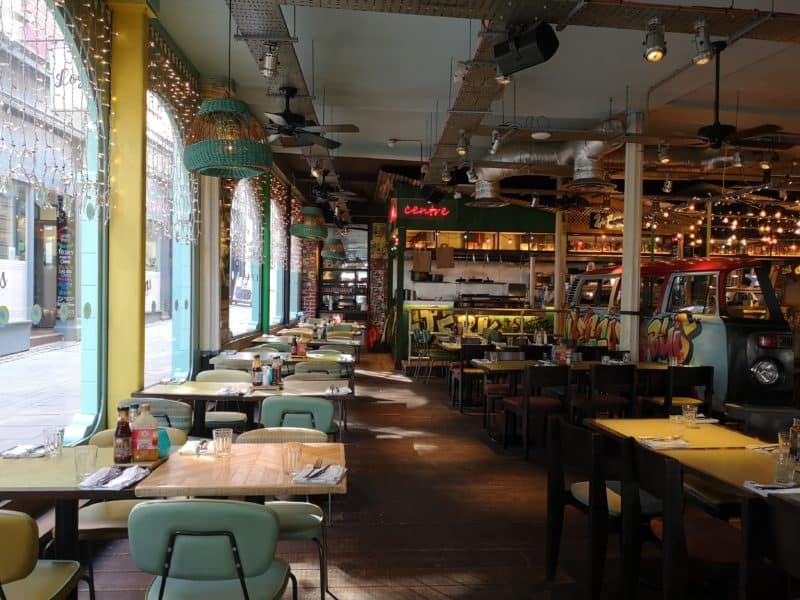 We had a table booked for 4pm but the heat on that particular day was getting to us so we arrived about half an hour early, hopeful that it would be okay. Luckily, the restaurant was quite quiet at this time so it wasn’t a problem at all. Something I have always found about Turtle Bay is that they are really accommodating if they can be and for a family with a hungry 3 year old, this is fantastic! 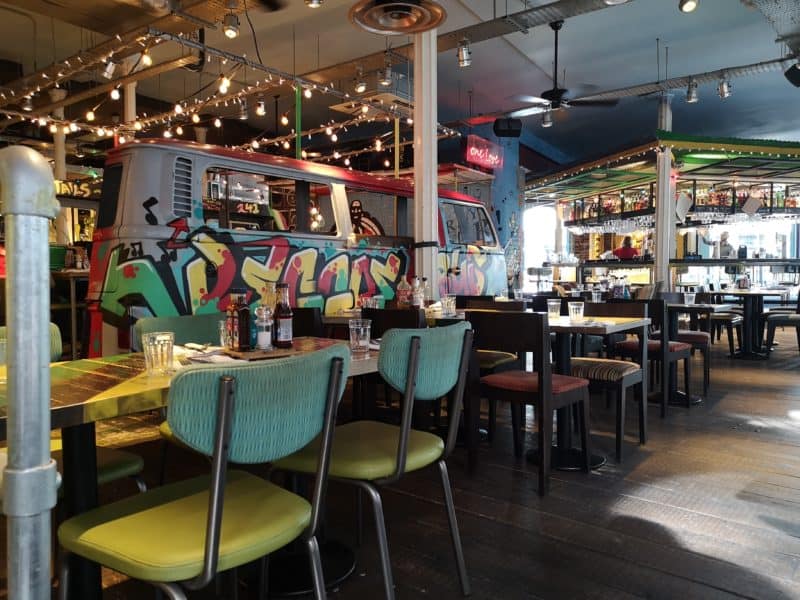 It had been a little while since our last visit to Turtle Bay and since then they have come up with a new menu. Now, to be completely honest, we didn’t really know which dishes were new but some definitely popped out to us as we looked at what was available. Something I instantly noticed was that there seemed to be more vegetarian and vegan options than there was on our last visit. 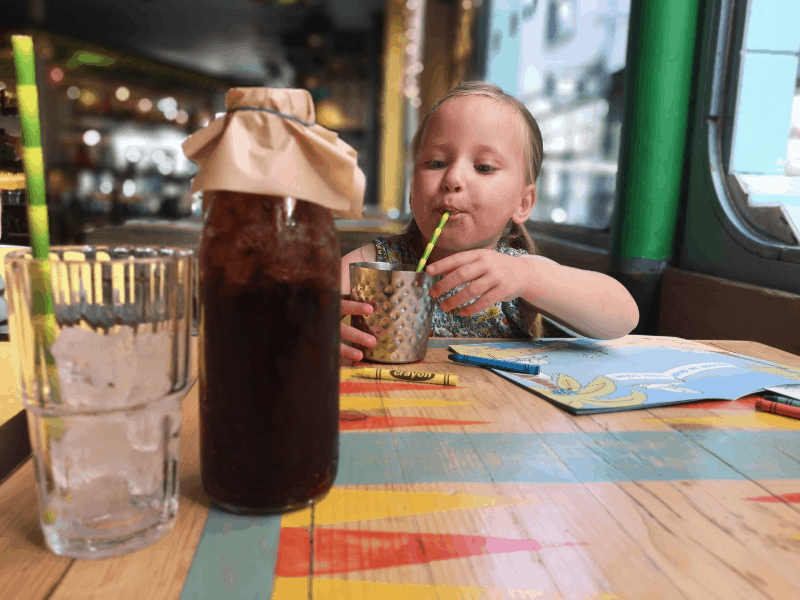 While we were waiting for our food we were able to enjoy a really nice, cold drink and Erin was super happy with her own ice cold apple juice. At this point, our server had brought Erin a colouring book and some crayons and had already arranged for her food to come out with our starters so that she didn’t have to wait. Little things like this go a long way with me. 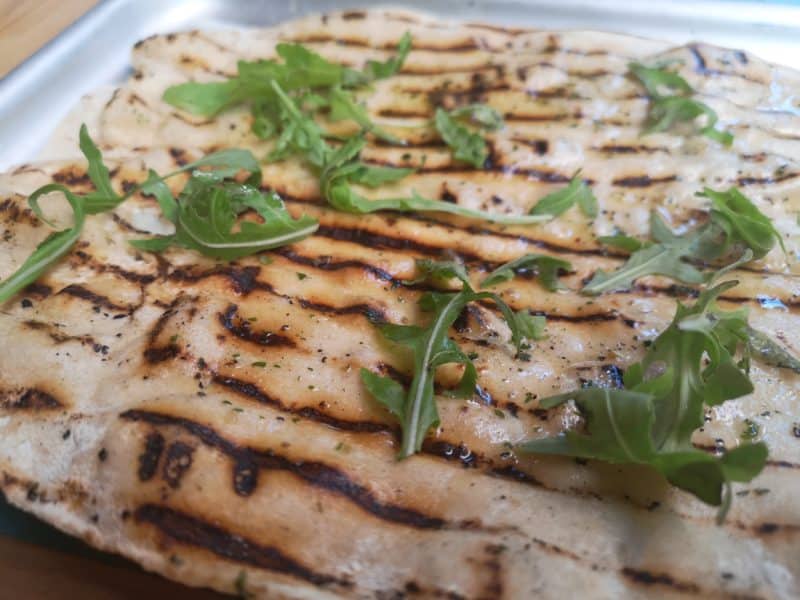 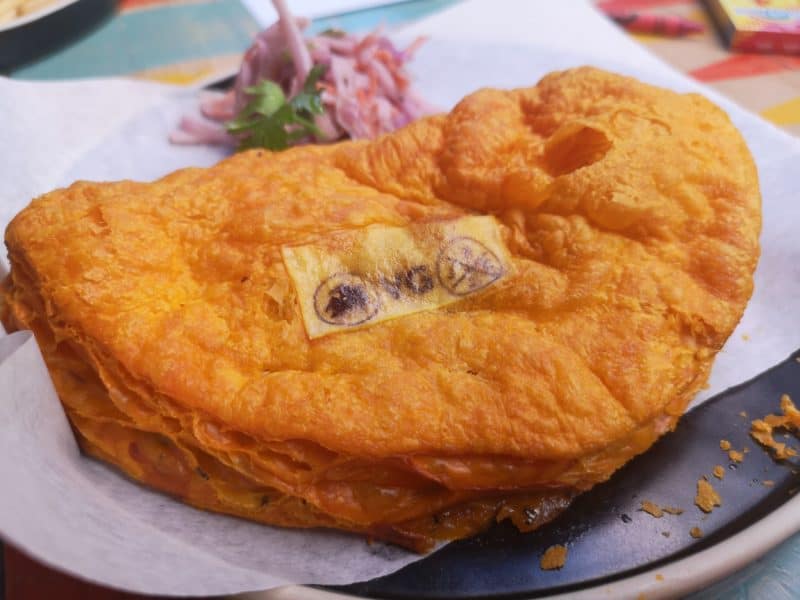 I have to admit that I wasn’t very impressed with the children’s menu this time around. There are now only 4 options available and if you need something vegetarian and dairy free, or vegan, there isn’t any options at all. Last time the flatbread pizza was a bit hit so it was a shame that this had been taken off the menu. We ended up choosing a cheeseburger for Erin but the meat was a bit too tough for her and she ended up mostly eating the fries and the bread bun. This particular children’s menu definitely seems more geared towards slightly older children. I thought the ‘big turtles’ and ‘little turtles’ options there was before was a great way to split up the menu. 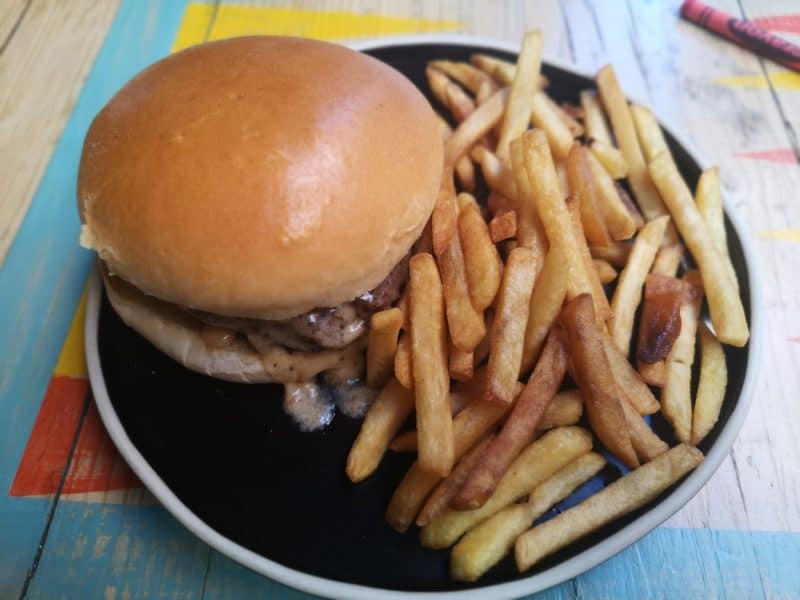 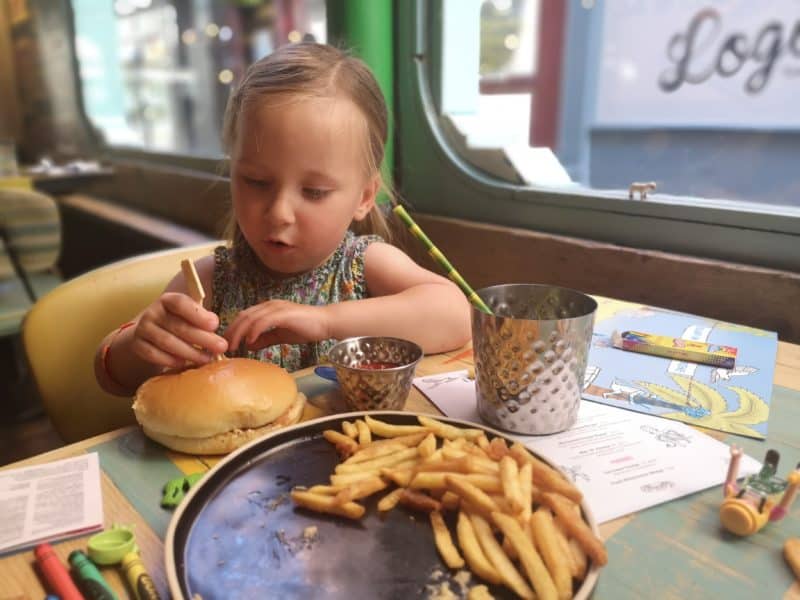 Sometimes when you order a burger you expect quite a cheap meat but this definitely wasn’t the case at Turtle Bay. My burger looked exactly like Erin’s (as I’d asked for it to only have cheese on) so I could understand why it was so tough for her. For an adult though, the burger was really great and my sweet potato fries were a great accompaniment. 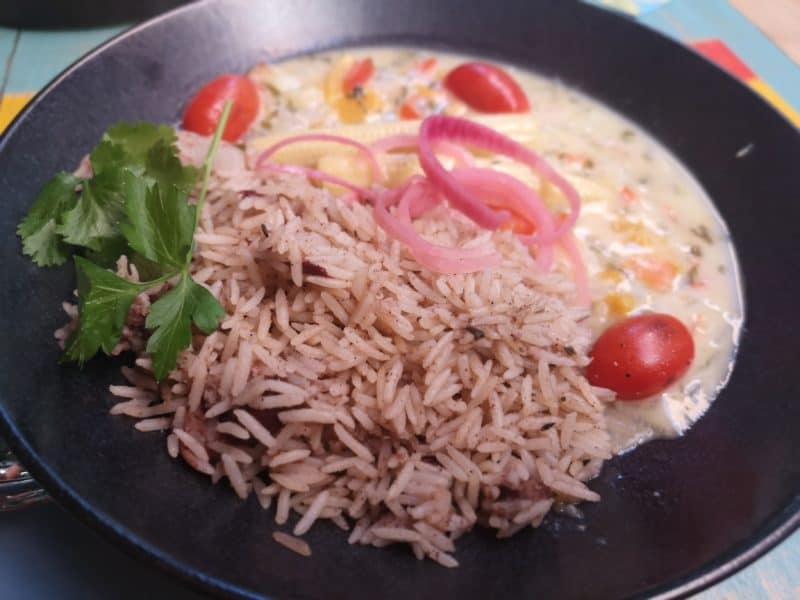 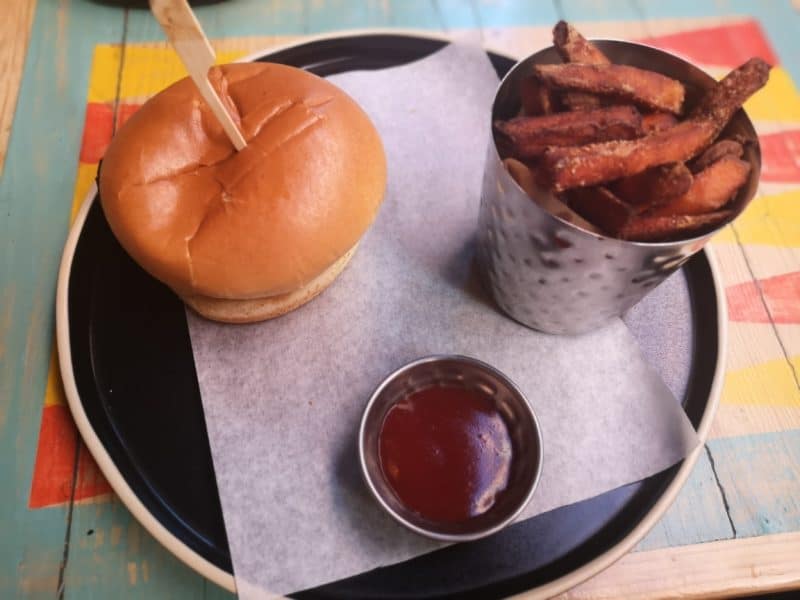 As the restaurant was quiet when we visited Erin was able to move around a bit during our meal. She, like most 3 year olds, don’t sit too well for a long time and Erin loved going to explore the restaurant. She particularly liked the speakers in the camper van seats and the sinks made from tires in the toilets. Turtle Bay is such a bright and colourful restaurant and it’s such a nice environment to eat in. 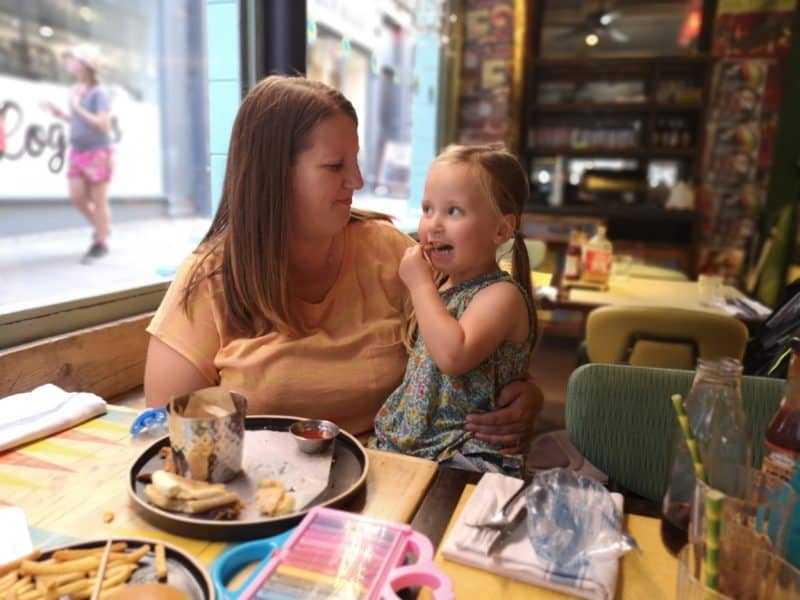 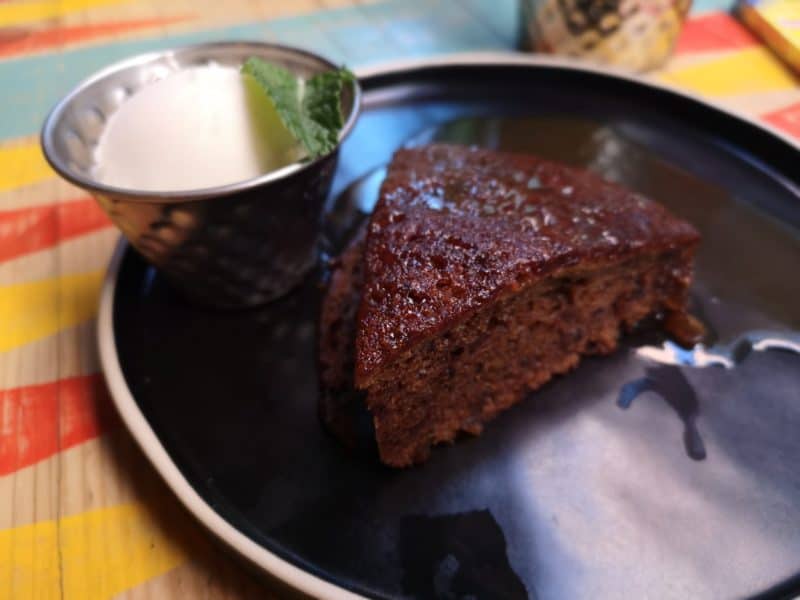 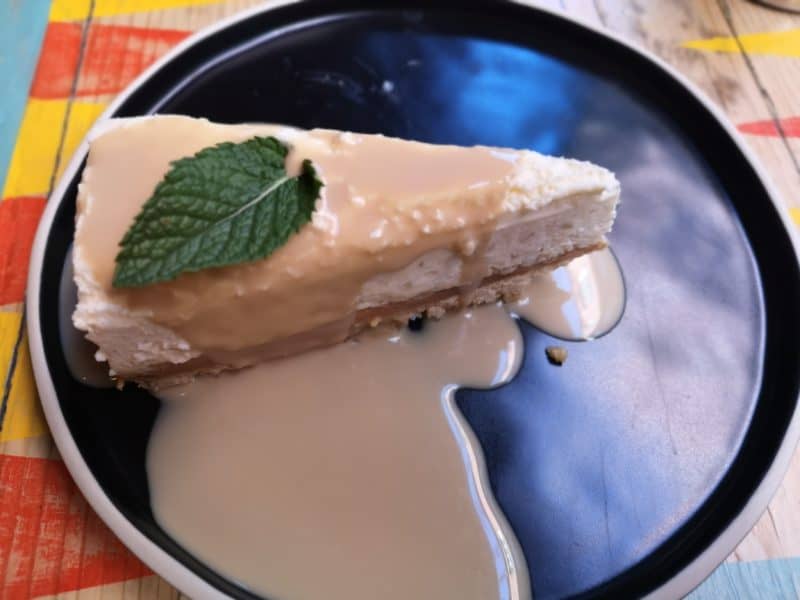 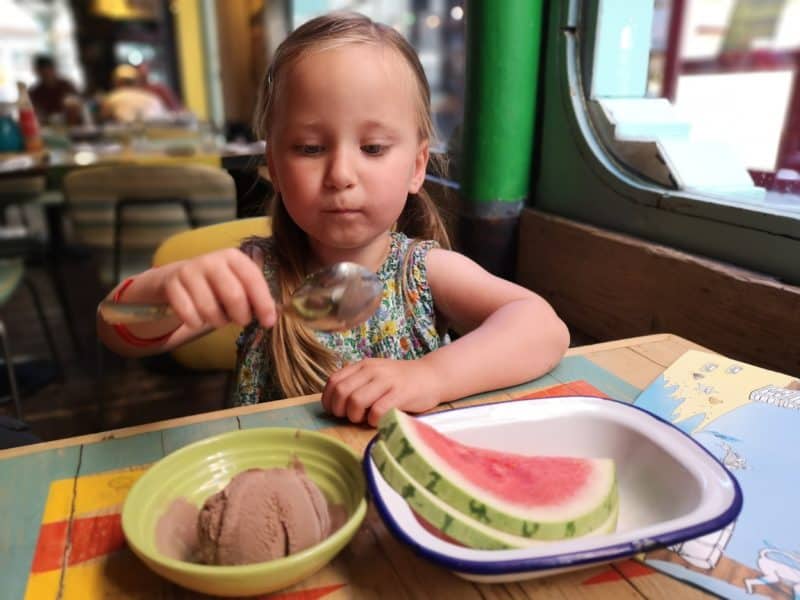 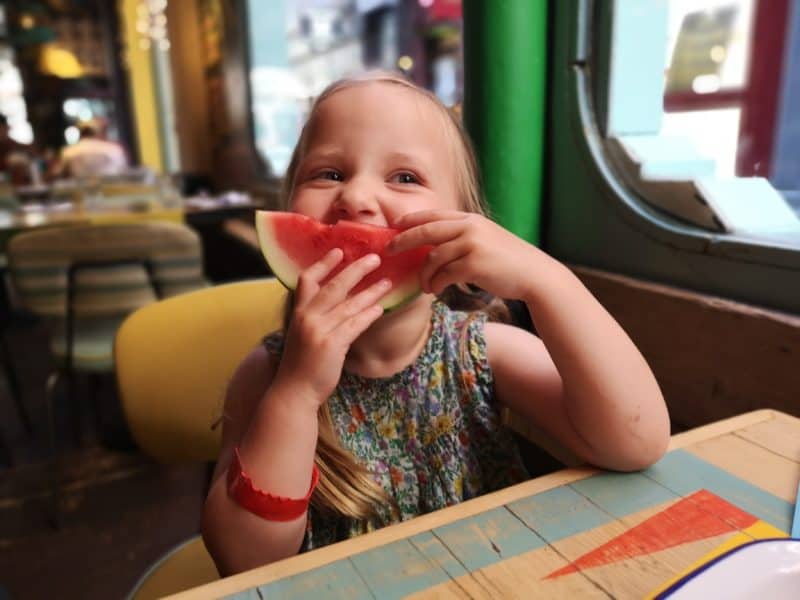 Turtle Bay is one of those restaurants that we always feel welcomed in and they always do such a good job of looking after Erin while we’re there. It’s unfortunate that the children’s menu doesn’t cater for smaller children as well now but Erin did the best she could with her meal. Luckily, the adult’s menu has plenty of choice and I really feel that there’s something for everyone now. It’s no longer a menu where everything seems really hot and spicy but instead there are now milder options too. 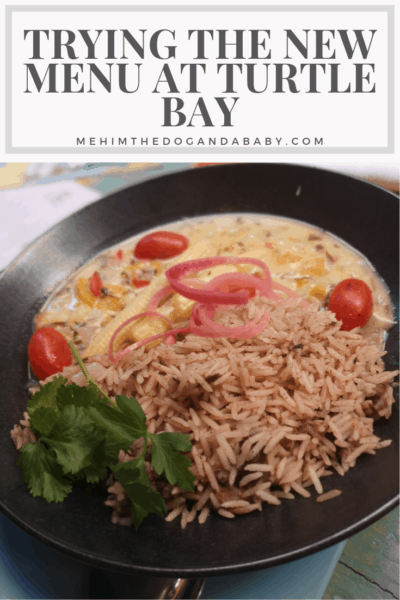 15 thoughts on “Trying The New Menu At Turtle Bay”