I started watching House last month, or maybe it was June, as Sky started showing it from the very beginning. I haven’t been able to watch as much as I would have liked but Erin being off school has meant not a lot of TV time. I’m now into season 5 though and I still love it. There have been some great twists in the last season or 2 and things I definitely wasn’t expecting to happen. I’m hoping I can finish the whole thing next month.

As I sit writing this, I am waiting for the finale to air on Sunday evening. When this post goes live I will have watched it so if you want to comment about anything that’s happened so feel free!

This season in particular has been one of my favourites. I’m not sure if others will agree but oh well. From the very first episode there was so much going on and I thought every single episode was pretty exciting. There have been twists and shocks everywhere and you could never really guess what was going to happen next.

For John’s birthday my sister and her fiance bought Captain Marvel for him. We don’t really buy DVDs often and if it’s not on NOW TV (if we have it) or Netflix then we don’t watch new films. This is one we both really wanted to watch, especially after Infinity War (we haven’t seen End Game yet).

I am a sucker for a film set in either the 80s or 90s so the soundtrack on this one was pretty amazing for me. I loved Brie Larson in the main role. Unlike some of the other female superheros, this one is a bit softer while still being able to kick ass. Captain Marvel was exciting and funny and I think it had a bit of a different feel to it compared to others in the Marvel Universe.

Aquaman was another film that I had wanted to watch since it first came out. It’s hard to imagine Jason Momoa as being in anything other than Game of Thrones but I actually think he was a great choice as Aquaman. The film was really cheesy, the dialogue was pretty terrible at times but I couldn’t help but love it. I was excited from the minute it started and I was glued to the screen throughout. It probably could have done with being a bit shorter but I would definitely still watch the sequel.

Erin will be back at nursery again soon so I need some inspiration for what to watch next. Let me know in the comments! 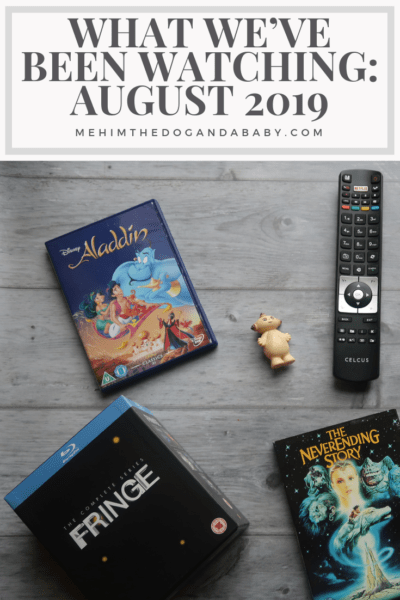