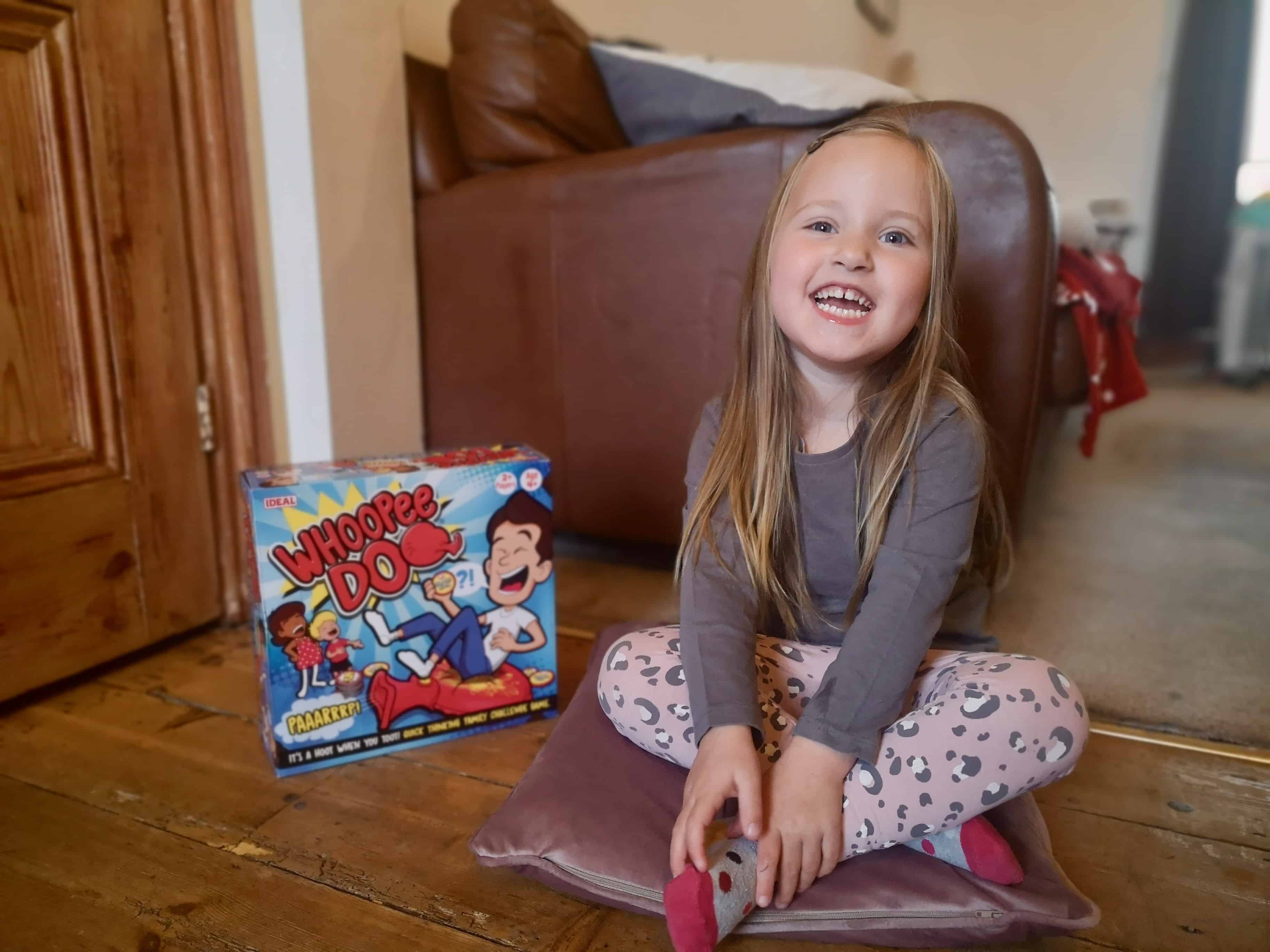 With John now home more on weekends thanks to a promotion we find ourselves having a lot more family time than we did before. This means trying to find more and more activities to do with Erin at home and recently we’ve been playing more games. Last weekend we gave Whoopee Doo* a try! 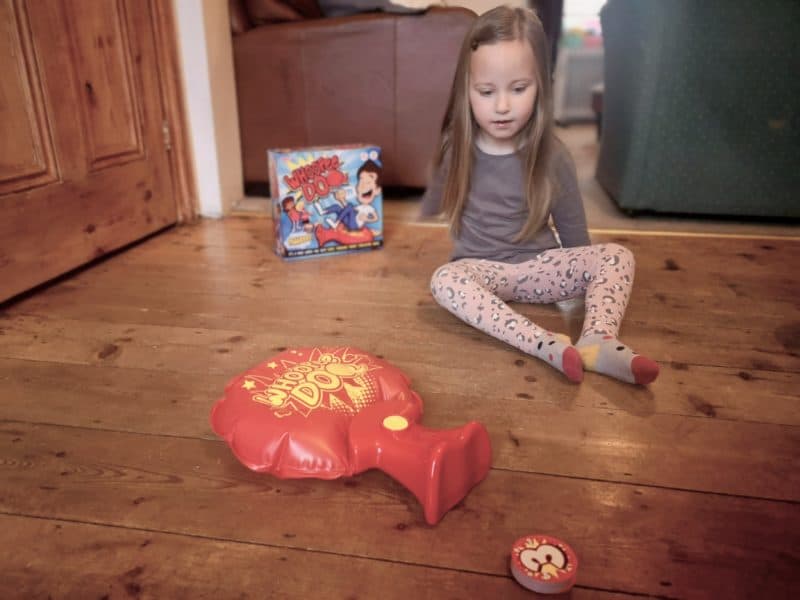 Whoopee Doo is a really easy game to set up as there aren’t many pieces. Inside the box you get a pack of playing cards and the whoopee cushion. The whoopee cushion takes 3 AAA batteries but these are not included so it’s a good idea to make sure you have these to hand before playing. The game is suitable for ages 4+ and for 2 or more players. 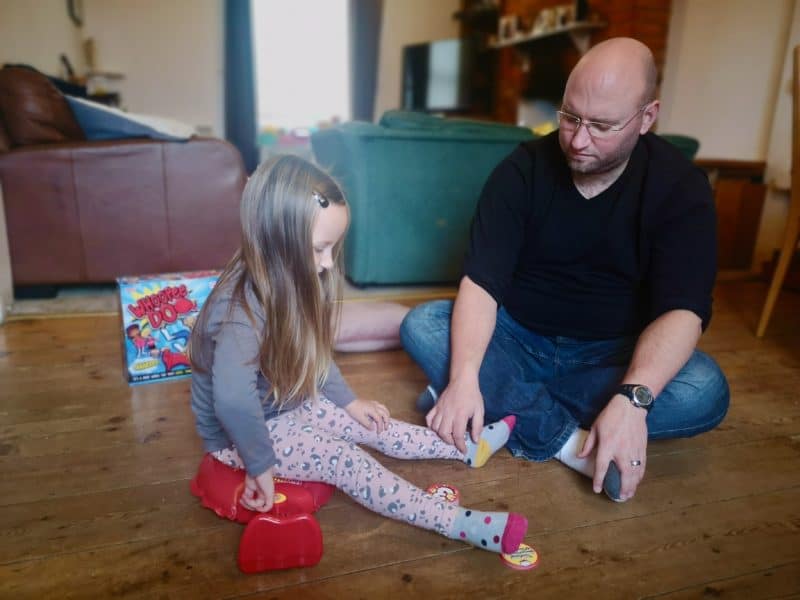 Players take it in turns to sit on the inflated whoopee cushion and answer questions/ complete tasks before the timer runs out. Players can press the timer themselves, as it’s on the front of the whoopee cushion. The button needs to be pressed down for a few seconds before it starts ticking down! Erin really liked being able to do this bit herself on each of her turns. 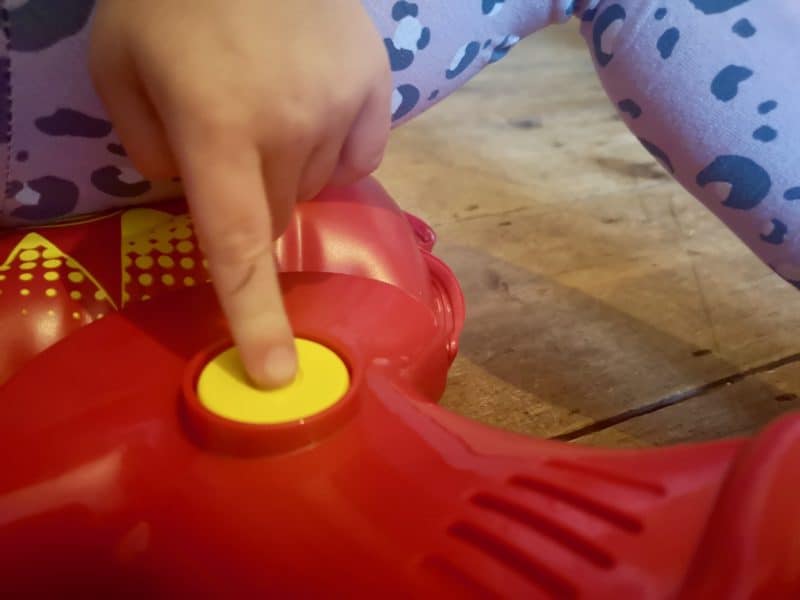 Once sat on the whoopee cushion it’s time to turn over a card from the pile. The cards are double sided with one having a number on it and the other having a task that needs to be completed or answered. After turning the top card over to revel the task you then use the number on the card underneath to determine how many answers you need to give or how many times you need to do something. 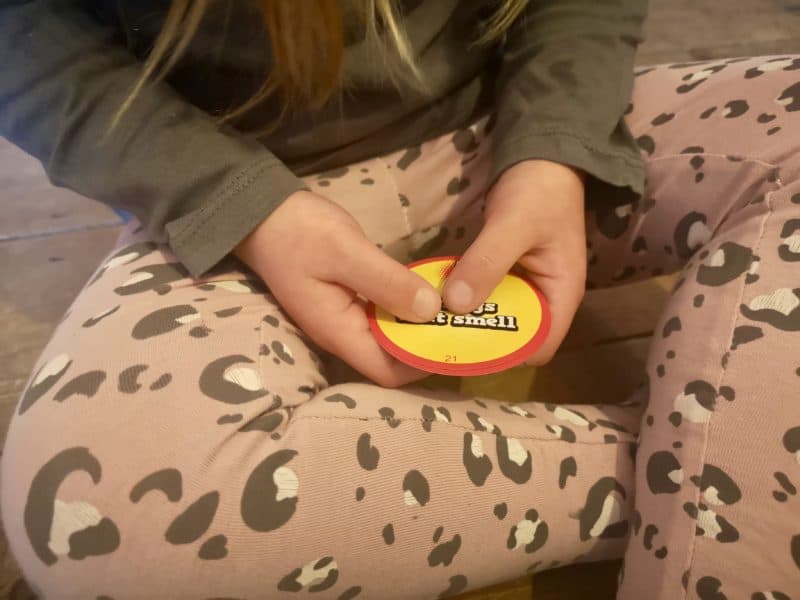 I was a little worried that Erin wouldn’t be able to do everything on the cards as she’s a little younger than the age that the game is aimed at. The tasks on the card include things like name things beginning with…, things you did today or maybe a tongue twister. The only cards Erin struggled with was the tongue twisters, maybe because she couldn’t read them, but we just took these out for her in the end. 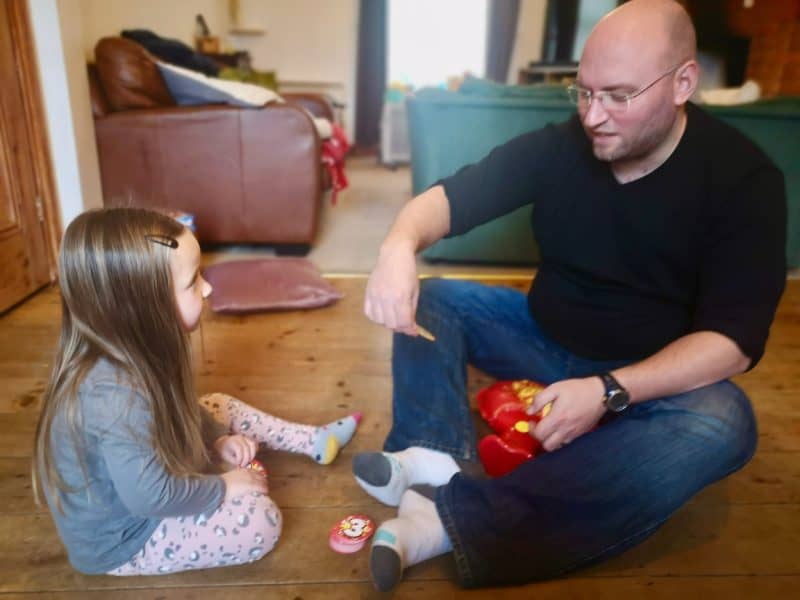 Erin absolutely loves playing Whoopee Doo and she asks to play it most days now. She doesn’t get through many cards before the timer runs out and the whoopee cushion deflates so sometimes wants a couple of goes at a time. Not only is the game really fun, it’s something we can all play together as a family and it also helps Erin to think about things that she might not normally. 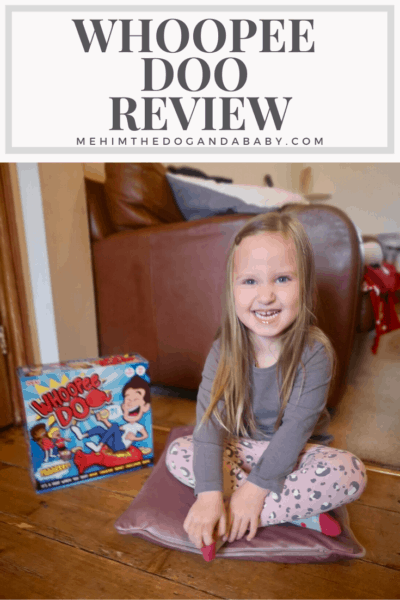