A few months back you may have come across our post about Paw Patrol. Erin is Paw Patrol crazy so we have seen most of the episodes too many times. Unfortunately, she has also taken a liking to the pink pig from hell. I tried to keep her away from it but one slip up meant her watching one episode and that was it. My plan had failed. Now, Erin snorts at the TV… and also any larger ladies in pink t-shirts when we’re out shopping. Ooops!

Anyway, Peppa Pig is just as stupid as Paw Patrol in a lot of ways and I spend way too long thinking about things that happen! Here are my 10 Unanswered Questions about Peppa Pig: 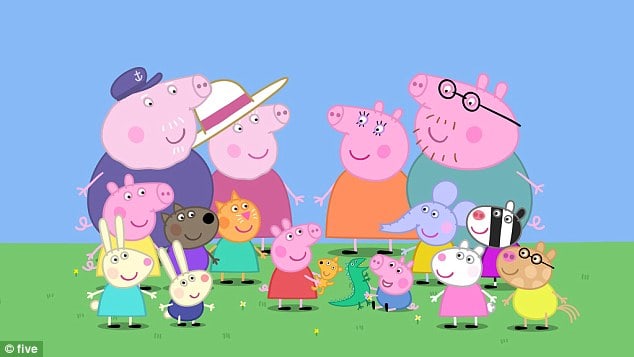 Is Miss Rabbit a clone?

How the hell does one person do all of those jobs that actually need doing at the same time?

Do Mummy and Daddy Pig have real names?

For some reason, they’re the only 2 characters without real names. They even call each other Mummy and Daddy Pig.

Why can’t all animals speak?

Peppa and her family quite often go off to feed the ducks but why can’t they speak? I don’t get it!

Who missed the name memo?

Peppa Pig, Rebecca Rabbit, Suzy Sheep, Danny Dog… you get the point. Why the fuck doesn’t George have an alliterative name too?! I feel sorry for George.

Is there only one human in Peppa world?

I have only seen one episode with a human, and that was the Queen! Also, why can the Queen and the animals speak to each other.

Is it nice to live in a house on a hill?

Why has no one flattened the land in Peppa world? Everyone seems to live on a hill!

Are the rabbits special?

Okay, so nearly everyone lives in a house on a hill, except the rabbits who live in a burrow. What makes them so special?

Do bruises exist in Peppa world?

Pretty much everyone throws themselves on the floor to laugh so why aren’t they covered in bruises? Surely it must hurt!

How can the animals drive?

How do the animals drive? Pigs, for example, have trotters and they wouldn’t even be able to hold a steering wheel.

Does everyone have to go to other towns to find partners?

The only other pigs we have seen are relations to Peppa and a lot of the other animals are only one family. Where to the parents go to find each other if there is only families of animals?

What annoys you about Peppa Pig? I’m sure this is just the tip of the iceberg for unanswered questions!