Wow. Where did February go? I can’t believe it’s March already and Erin is 14 months old already. Here’s how she’s been doing over the last month.

Last month Erin really learned how to walk/ Since then, she hasn’t stopped. She runs around like a little maniac now. She’s very independent and is quite happy to run around the house on her own and doesn’t like it if you hover over her.

Not only is Erin running around but she’s climbing as well. The other week I went for a wee (our toilet is under the stairs) and left Erin running around in the hallway. She’s been quite happy doing this in the past. However, that time she decided she wanted to learn how to climb. I came out and she was 3 steps up. Oh dear. Before this she had shown no interest in climbing whatsoever! 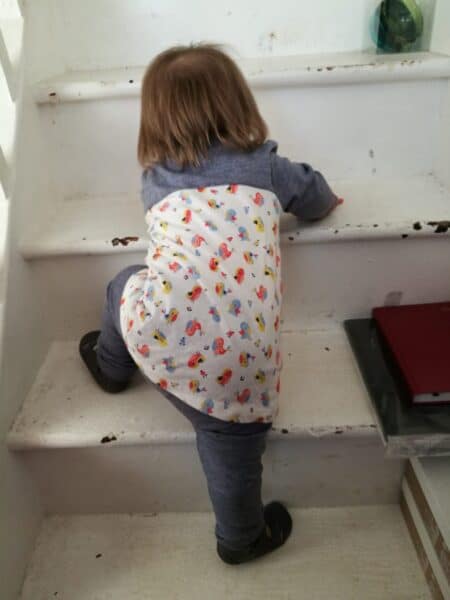 Erin FINALLY had her 12 month check with the health visitor. I was not happy about having to wait 2 months and also having a new health visitor!

Anyway, it was a bit of a mixed visit really. Erin is in the 25th centile for weight, 75th for length and apparently 98th for head circumference! It must be all those brains she has in there. The HV wasn’t too bothered about Erin’s weight as she’s followed the 25th line since she was born. I really thought she’d have moved up a bit though as all she seems to do is eat!

I did get quite a stern talking to about co-sleeping too because apparently that isn’t allowed. We were supposed to see a sleep specialist because Erin wasn’t sleeping through but she seems to be okay for the time being.

It turns out that Erin does actually know how to sleep through the night. We recently bought her a new pillow and duvet to go with her new bed when she finally moves into it. The night that we put her pillow and duvet in her cot was the first night of her sleeping through. She’s done so most nights since then. I can’t believe something simple helped. I really miss our cuddles in the middle of the night but it’s also nice to have our bed back! 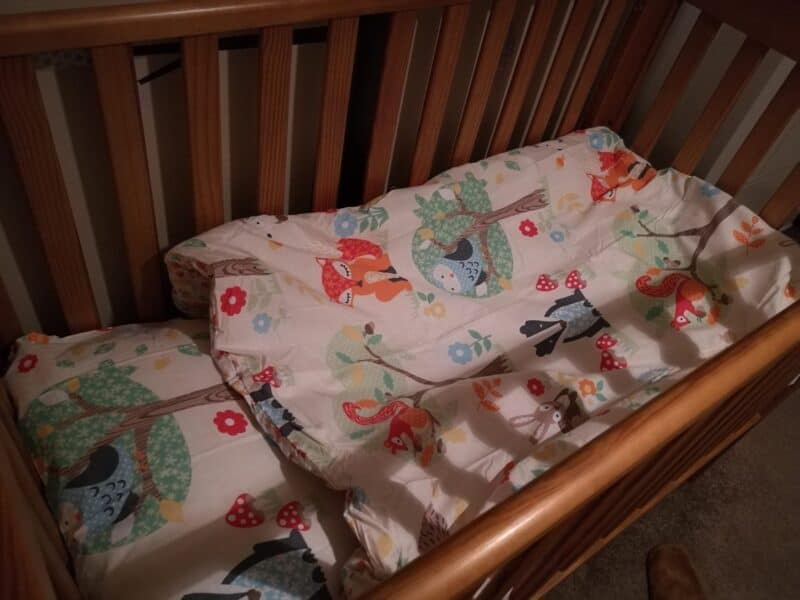 Erin really seems to be learning a lot of new things very quickly at the moment. I can’t wait to see what she learns next.