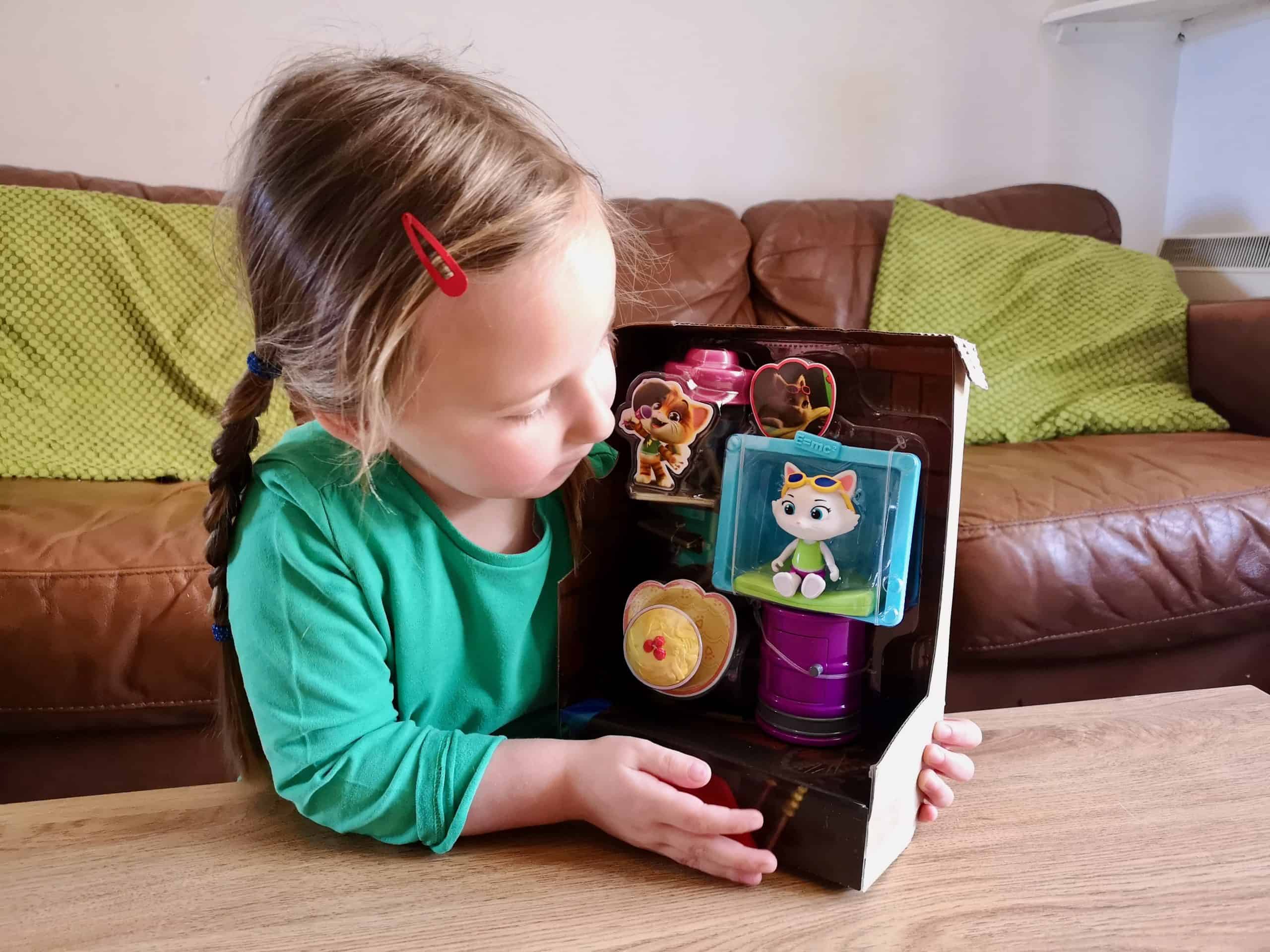 A little while ago I wrote about a fantastic cartoon 44 Cats! Erin still loves to watch it and we were recently sent one of the toys from the show; The Club House Playset – Milady’s Place! Erin couldn’t wait to open it up and start playing. 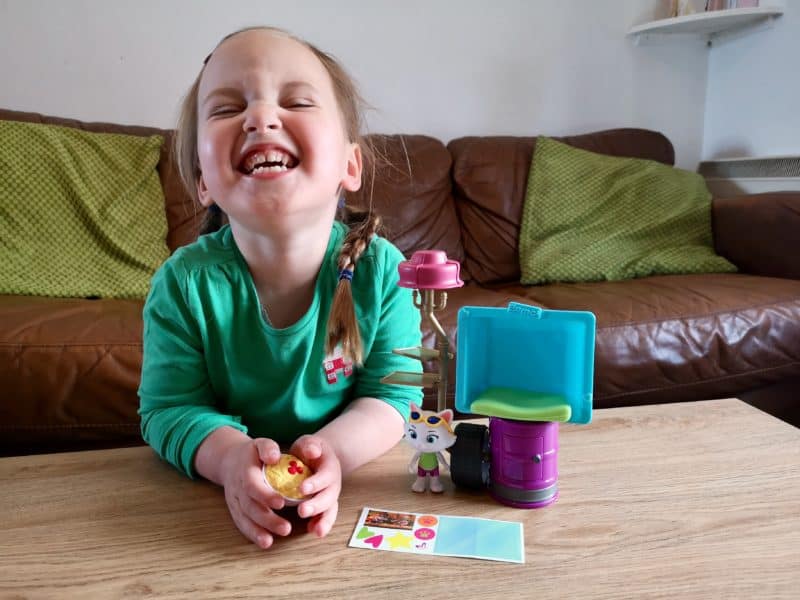 This is quite a small playset and it comes with a Milady figure, complete with sunglasses as an accessory, as well as a bed, food and stickers to decorate with. As we have a cat ourselves so Erin immediately wanted to feed Milady and make sure she had everything she needed. Erin spent quite a bit of time looking at the different areas of the playset and figuring out whats she could do with it. 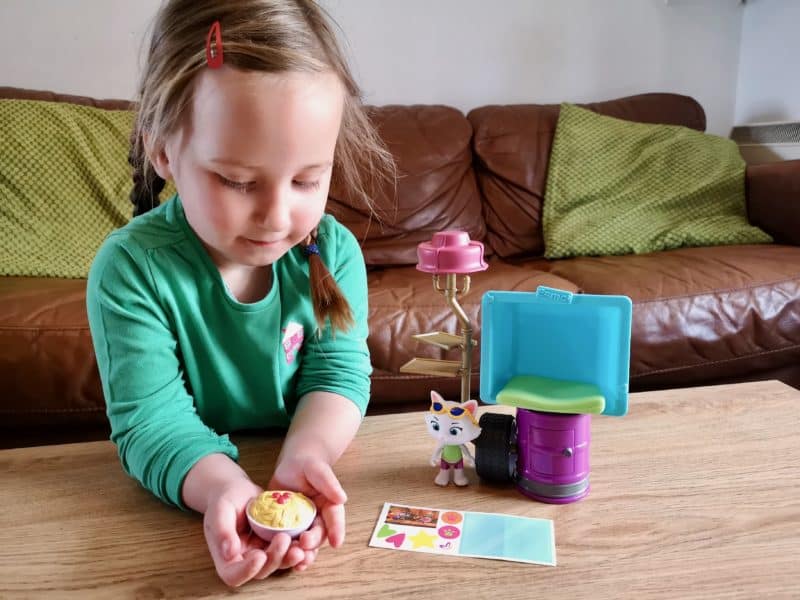 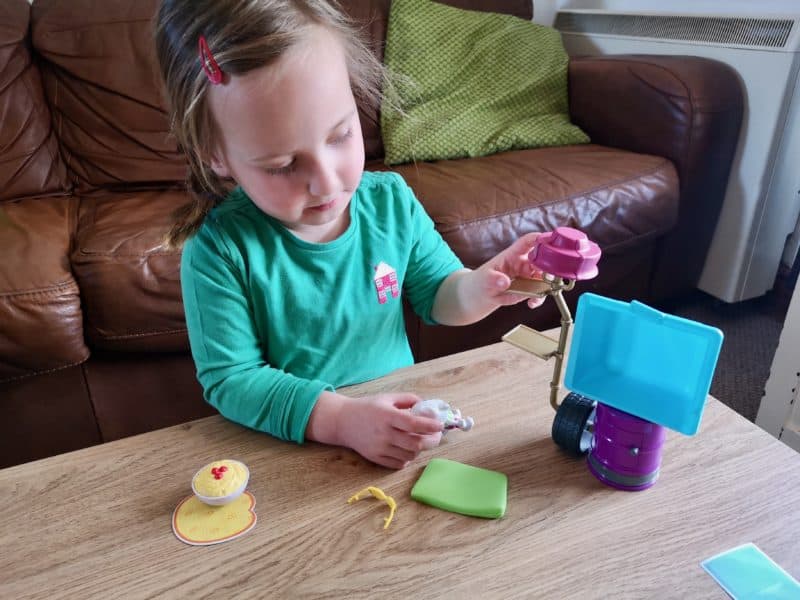 Erin really enjoyed decorating the set with the stickers supplied. She especially liked that one of the stickers had a picture of Milady’s friends on it so that she could look at it when she ‘woke up’ in her bed. Erin actually had so much fun decorating the Club House that she added some more stickers of her own! 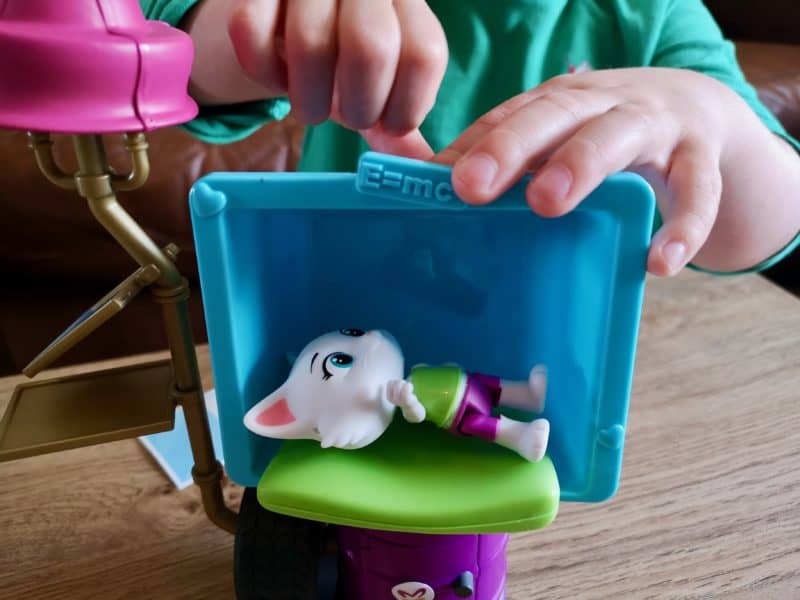 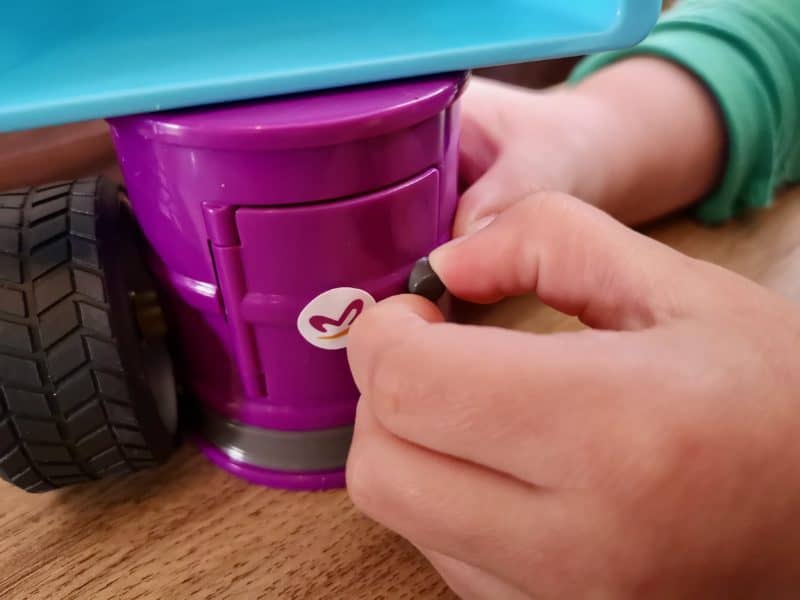 As a standalone playset I was a little worried that there wouldn’t be a lot that Erin could do. I thought that without other characters Erin would get a bit stuck. However, this wasn’t the case at all. Erin added other cat figures we have from another toy so that Milady has friends to play with and she spent ages coming up with adventures for them. 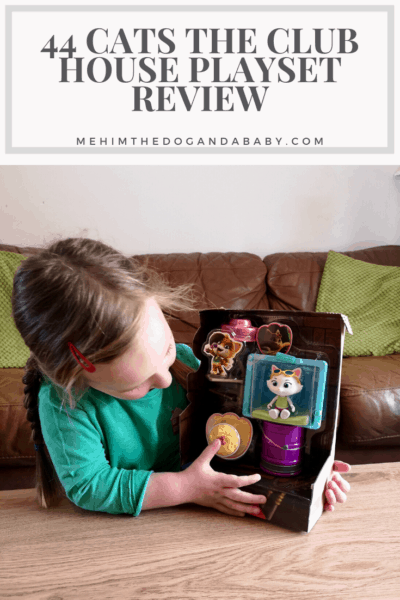