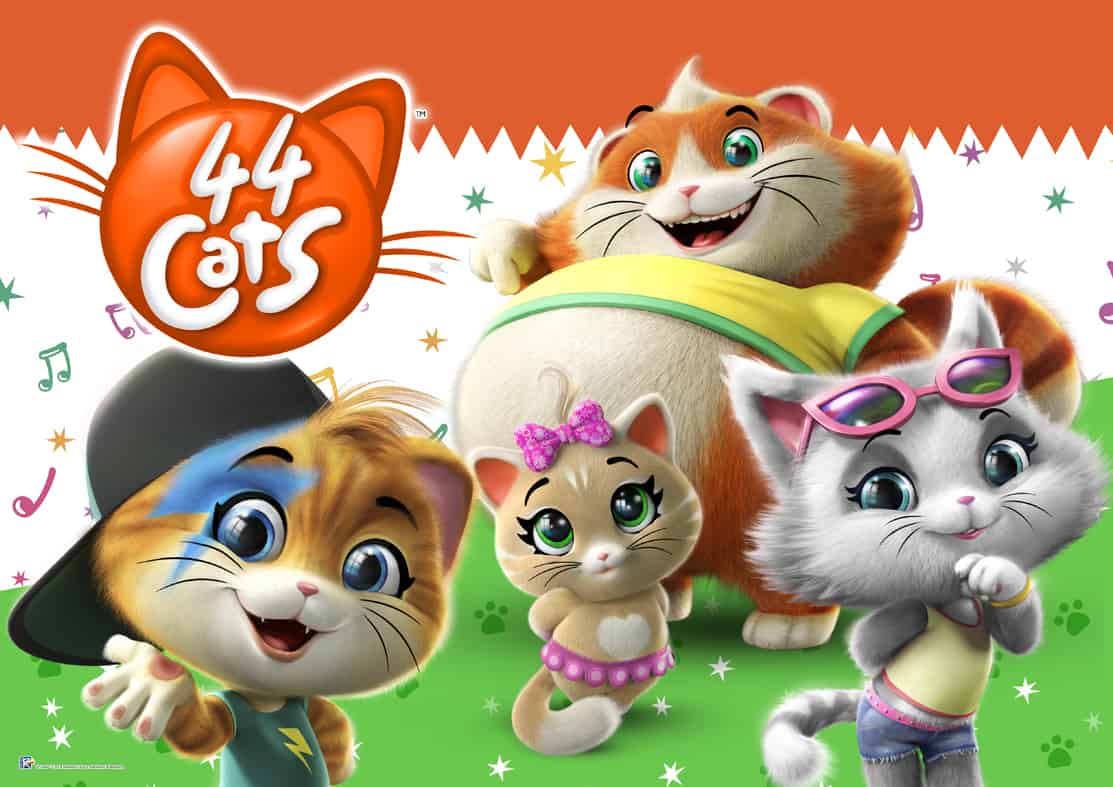 On a normal week Erin is so busy with swimming lessons and 4 days of nursery so sometimes when we’re at home she really needs some down time. One of the ways that we do this is by chilling out on the couch and watching cartoons together. Something we’ve been watching for a little while now is 44 Cats, which is on Nick Jr and has just been released on channel Pop TV on Freeview!

44 Cats follows a group of cat friends, Lampo, Milady, Meatball and Pilou who are also part of the band ‘Buffycats’!

Each of the 4 main chars have some super cool powers such as being able to sense danger, whiskers that act as a compass, fur that changes colour when someone lies and eyes so big that they can distract the bad guys! I think these special powers really add something extra to the characters and recognising them helps children watching keep up with what’s going on/ what is about to happen.

While Erin likes to watch a range of cartoons, we try to make sure that she watches some that give a good message. One of things I love the most about 44 Cats is how it shows friendships. The cats in the band are all fantastic friends and we’ve loved watching the adventures they get up to together and also how much they help each other out. Shows like this are great for younger children as it really sets an example of how they should be with their own friends.

44 Cats also has some fantastic other characters such as Winston the next door neighbour and his cat Boss as well as Granny Pina who the Buffycats live with. There is a really nice mix of the cats along with humans, other cats and other animals as well. I think these additional characters make the show a bit more appealing to children who might not be quite as into cats as Erin is! These characters also provide a lot of fun and mischief in each episode.

Erin and I really enjoy watching 44 Cats together and we also have a few episodes recorded just in case we’re not home when it is on! 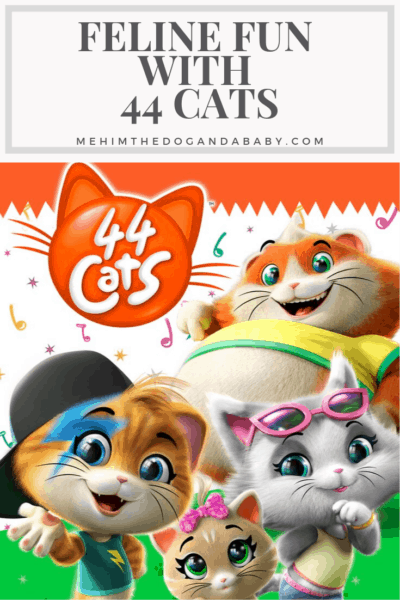