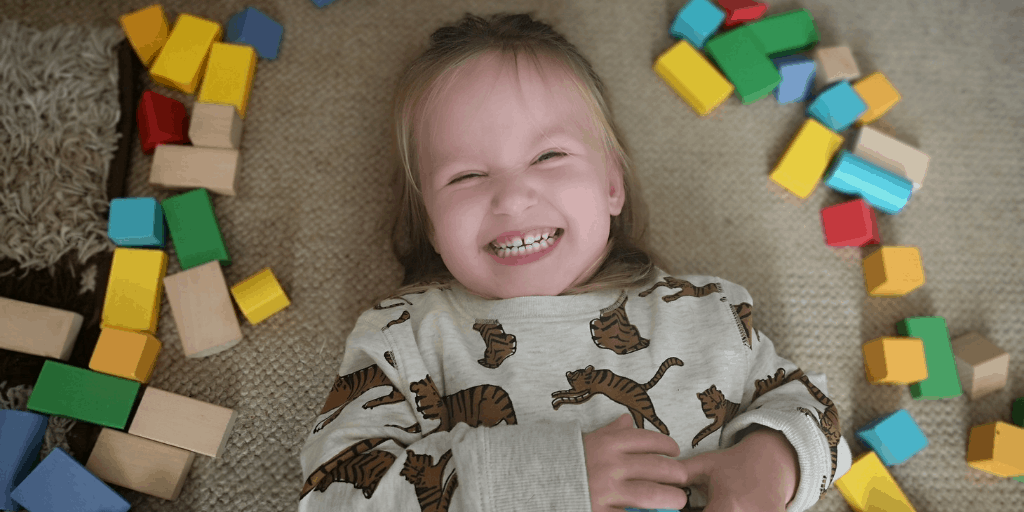 Erin will be turning 3 in January which isn’t very far away at all and over the past year the way that she plays has really changed. She seems to have gone from really basic toys to being really imaginative in the blink of an eye so I thought I would write about what some of her favourite toys have been since she turned 2.

My Mum got this for Erin from Morrisons I think in the Black Friday sale in 2017 and it ended up being a Christmas present. At the time, it was only £20 so it couldn’t be resisted at that price. Just recently it has been in Sainsbury’s for £100 and then half price in their toy sale. Erin plays with her kitchen every single day and while I don’t think it’s really worth £50 in terms of how it’s made as you can get a wooden one from IKEA for not much more, it has been worth every penny for the enjoyment she gets from it. 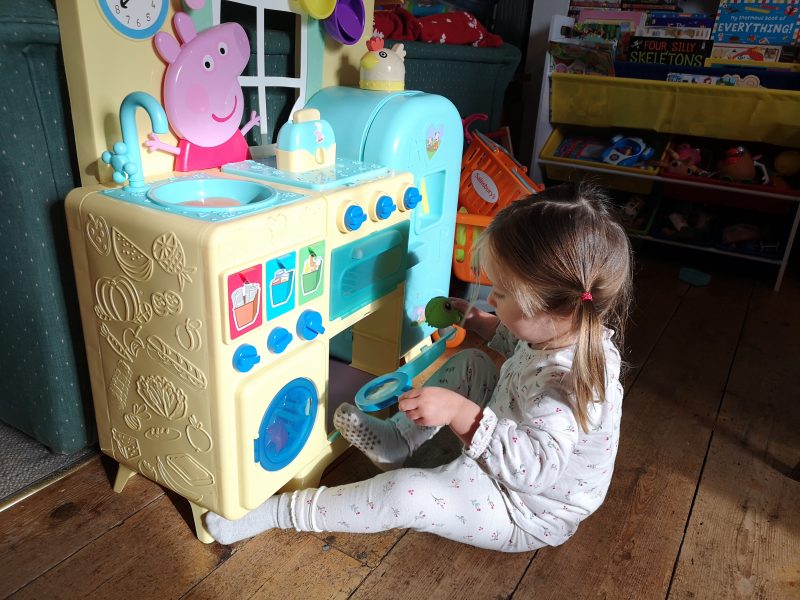 For some reason, I thought it was a great idea to get Erin some Toot-Toot sets for her very first Christmas. She had no interest in them whatsoever and in the end, I put them away and re-wrapped them for her 2nd Christmas. Erin has the fire station, chicken coop and a treehouse and while she plays with them all within a week, I think the fire station is her favourite. This probably has something to do with Marshall and Paw Patrol! I got each set when they were on sale and I think Erin will be playing with them for quite some time to come still. 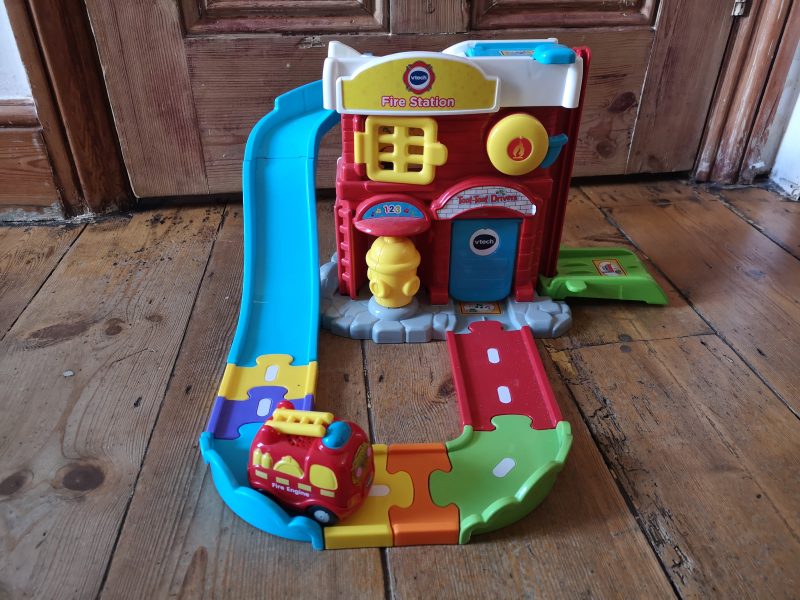 Again, this was something that was a gift for Erin’s first Christmas but she still plays with them a lot. She has a big tub of wooden blocks from Sainsbury’s and before, where she would just let us build something and kick it down, she wants to build herself now. Erin loves to build a tower with someone else but she is also really imaginative with them too. Just the other week we were making them into a farm so the farm animals could go inside and then another day we made them into a garden for her to lay in.

Construction toys are usually a hit with children this age and you might want to look into others that might be fun. 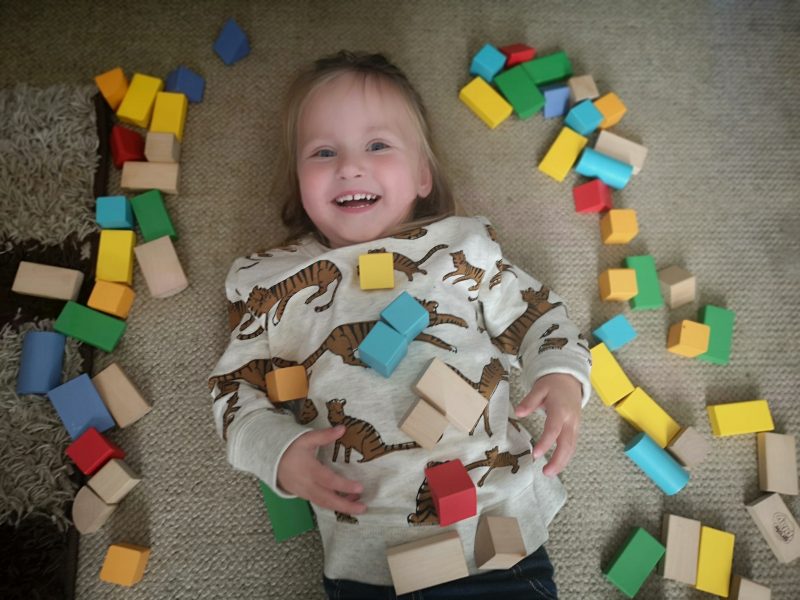 We bought this for Erin for Easter last year from Lidl I think and it gets played with so much. In the spring and summer we are out in the garden a lot so the water table gets played with on a daily basis then. I actually think Erin would still play with it in winter if I would let her but obviously the water would be too cold! Erin likes to try to fill up the table herself, use it to fill her water guns or having a water fight with her Dad! 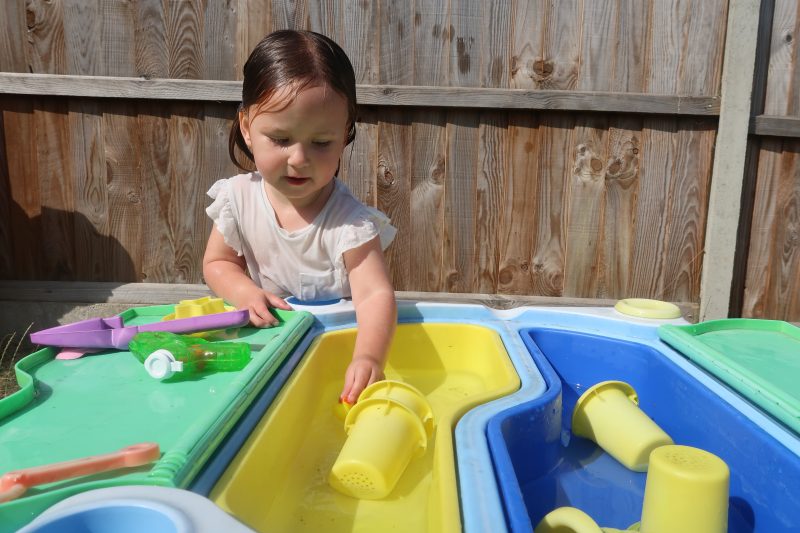 Erin really loves Play-Doh but this is something she plays more with her Dad rather than with me. I have a big thing about the colours being mixed together and I know that the Play-Doh box is a bit of a mess right now. We have a cupboard full of Play-Doh actually and loads of different shapes and cutters to play with as well. Erin can get really creative with Play-Doh and she loves to make snakes and worms out of it at the moment. For Christmas this year Erin will be getting one of the ice cream maker Play-Doh sets so I can’t wait to see what she thinks of a big play set. 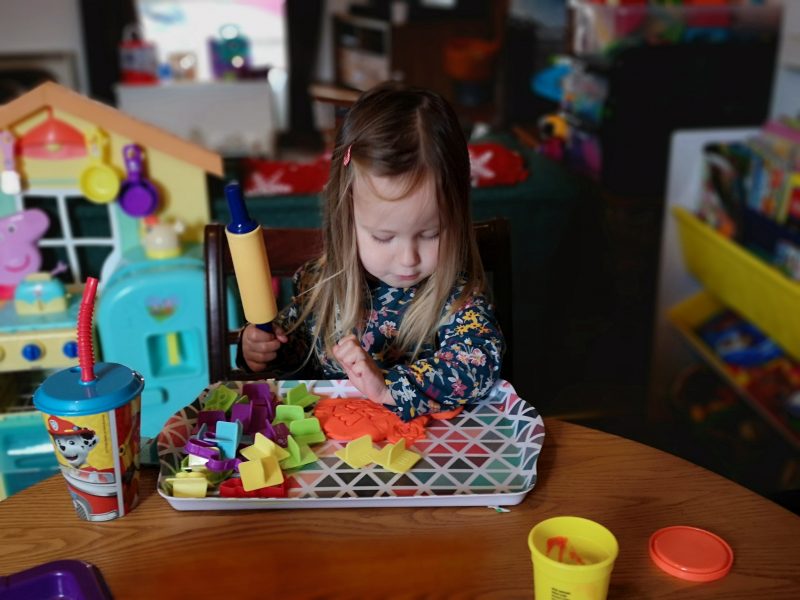 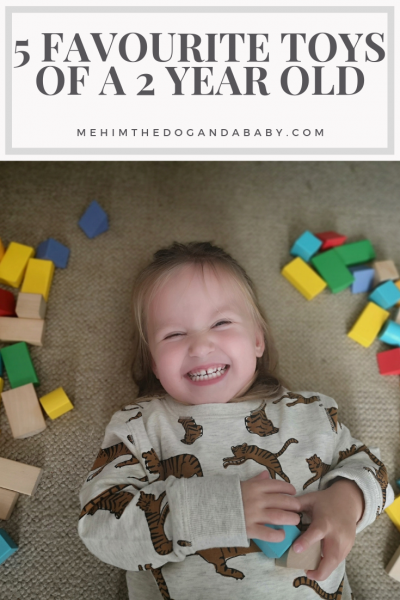