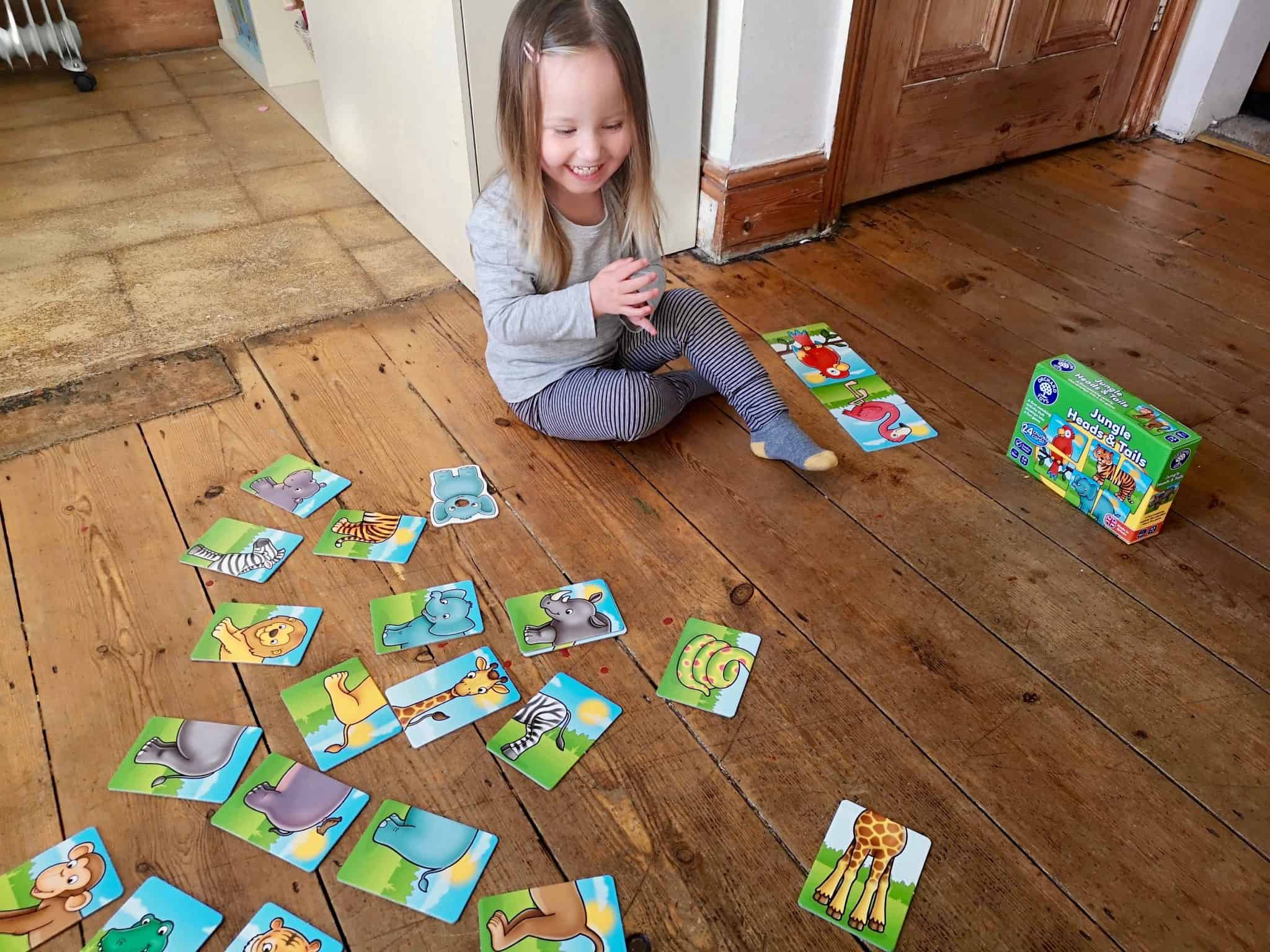 This year Erin has really gotten into playing games this year and we are lucky to have a nice collection from Orchard Toys already. We recently received the new Jungle Heads & Tails game, which is aimed at children from 18 months to roughly 3 years old. On the day the game arrived, Erin spied it on my desk and wanted to play immediately.

Jungle Heads & Tail is a lovely simple game. The box comes with 24 really chunky and colourful cards which show either the head or ‘tail’ part of a jungle animal. You also get a bit of an added extra with this game as you also get an elephant finger puppet (came from card). 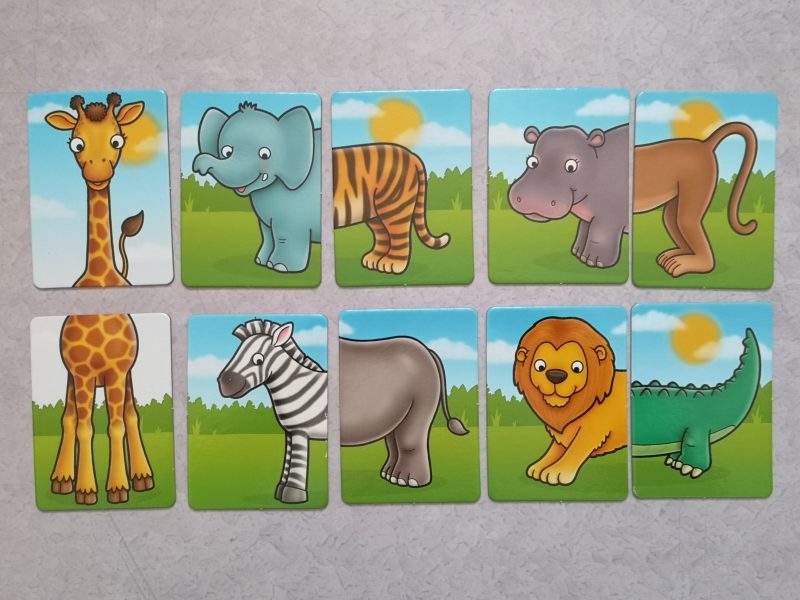 We began by laying out all of the cards on the dining room floor and spreading them out really well so that Erin could see them all. If you don’t have much floor space then you could easily split the pack of 24 cards into 2 and play with half instead. The aim of the game is obviously to match up the correct halves of the animals. 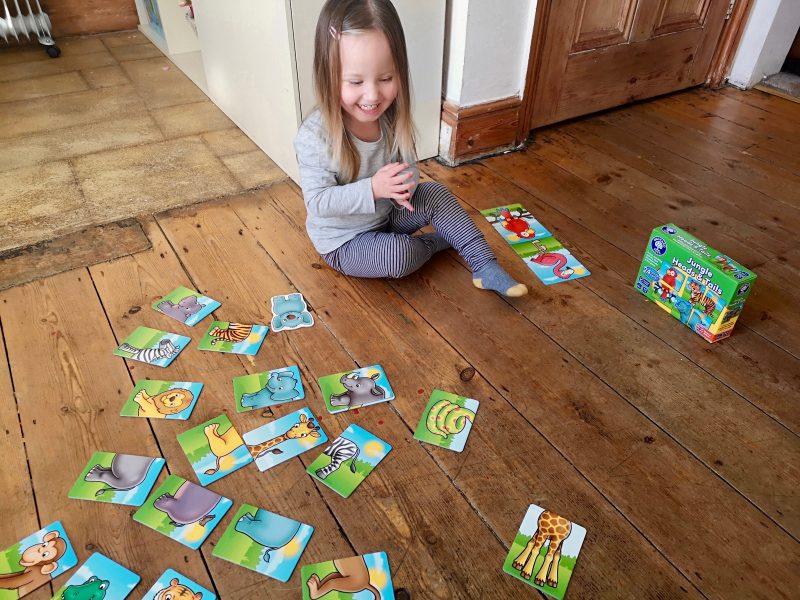 We started out game by Erin finding the head of one animal and attempting to find the matching part. Erin is nearly 3 and this soon became very easy for her but she was very happy with herself each time she got one right. To change things up a bit I started asking Erin to find animals that were either a certain colour or were a certain pattern. This helped to make her think a little bit more about what to find without it getting too hard. 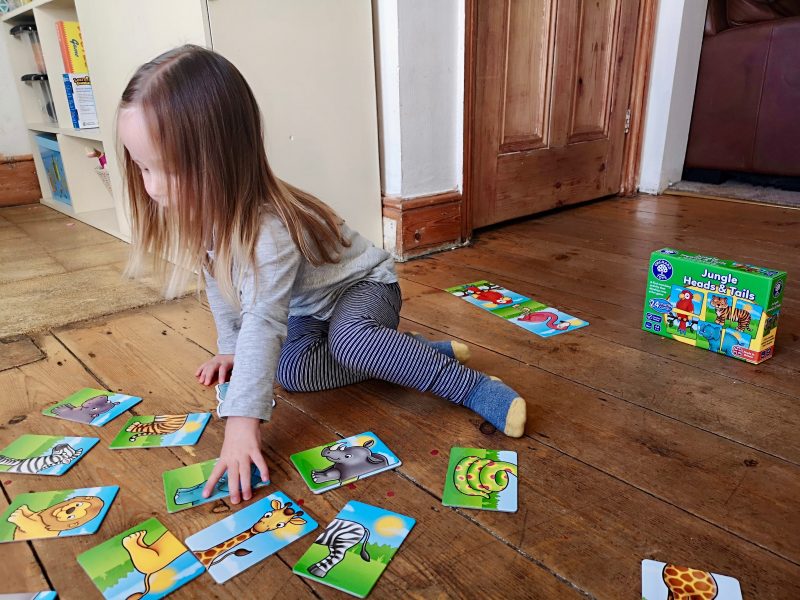 Erin really enjoyed lining up all of her matched animals and she thought it was really funny if I did one wrong. A giraffe with a snake’s bottom was a very silly looking animal. Erin didn’t know what all of the animals were so we’re now using Jungle Heads & Tail to learn some new names and to talk about what kinds of animals they are. I always like that any game from Orchard Toys has multiple ways to be played with and we always find a fun way of learning something new. 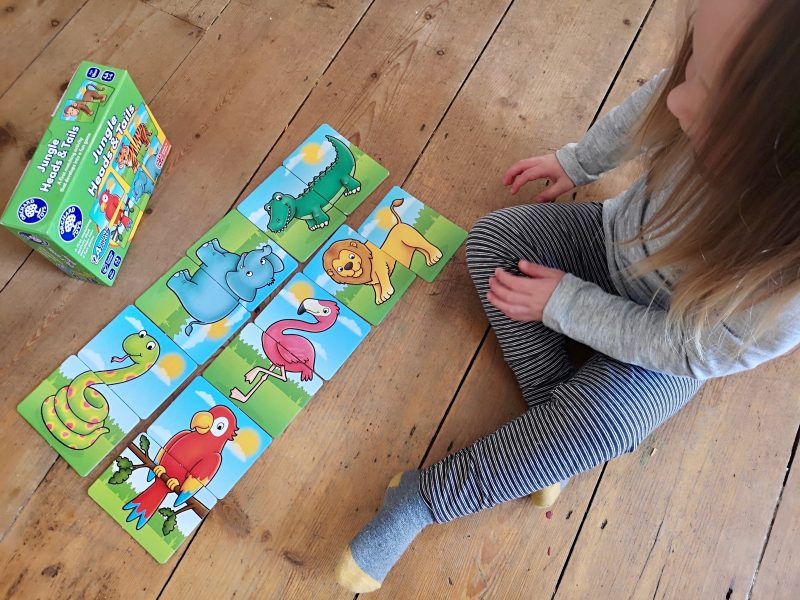 Jungle Heads & Tail is a great addition to our games collection and one we will be playing with for some time to come. Erin has asked to play this one every couple of days since we got it so it’s been a real hit! 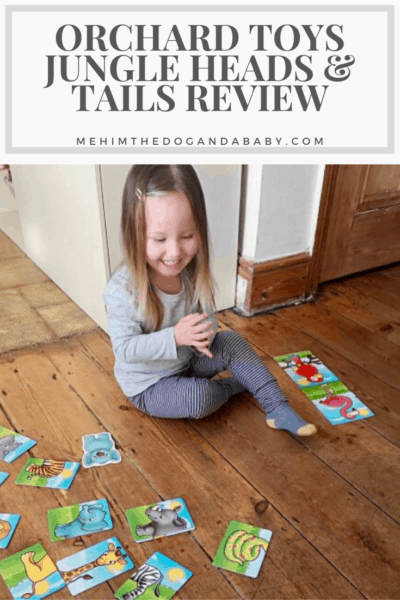