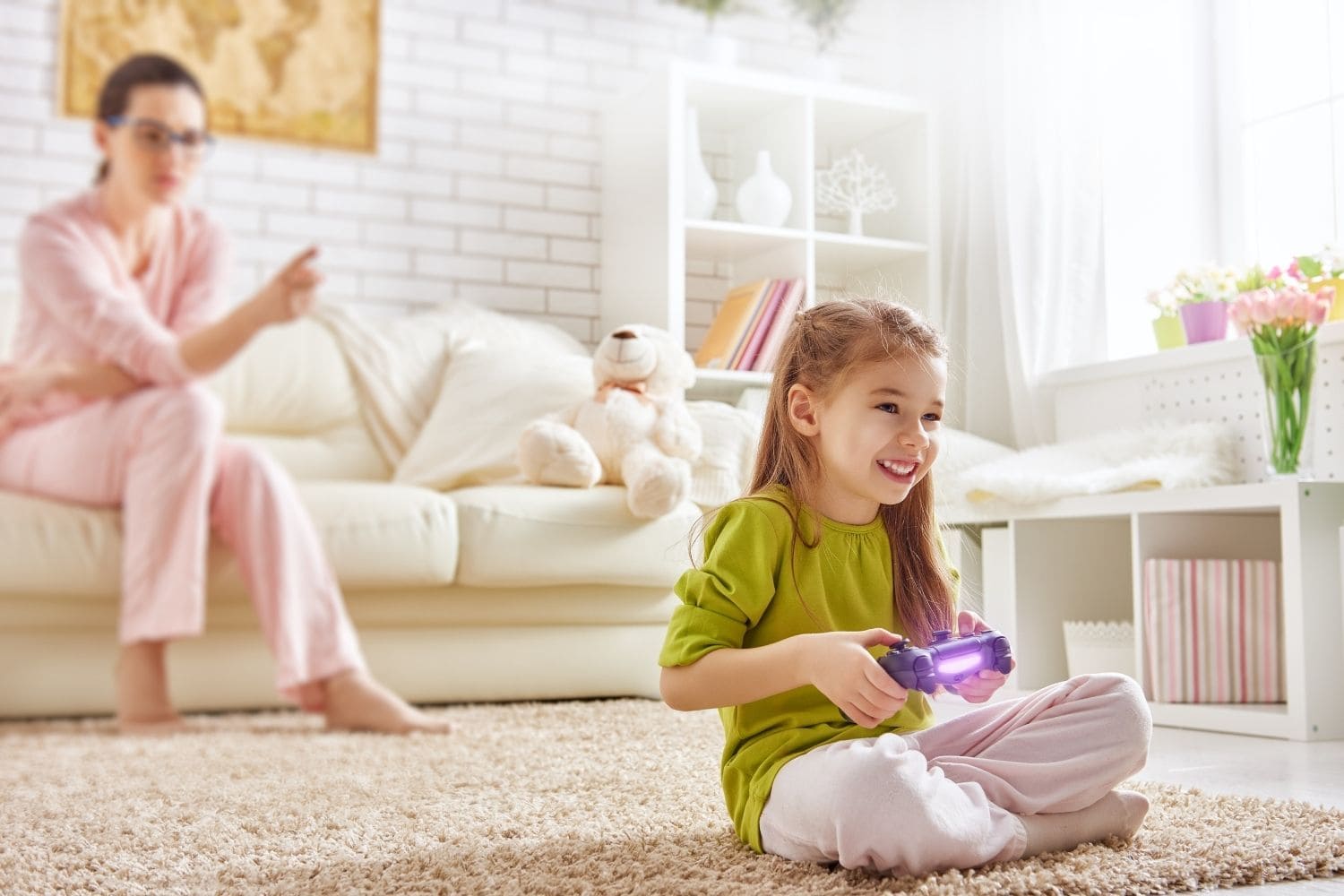 If you’ve ever wondered if video games are bad for your children you might want to read on through this article. Like most things in life video games should be consumed in moderation. There is a time and place for video games but it should really serve as a luxury rather than a necessity. However, we are going to break down the negative effects video games can have on your child’s health if they play excessively.

Is My Child Playing Gaming Too Much?

When it comes to parents monitoring their child’s video game consumption they are mainly concerned with the amount of time they are letting their child play. Although setting healthy limits is important, the focus shouldn’t only be centred on the time they spend gaming. We should also consider the symptoms of video game addiction our child is showing.

Video game addiction is a behavioural addiction. It has been included in the DSM-5, a manual used to help mental health specialists diagnose video game addiction in patients. The common criteria for video game addiction were outlined by The World Health Organisation explaining that they must show impairment of personal, social, education and other important areas of functioning over a minimum of a 12 month period.

Now that we are slightly more aware of what symptoms to look out for, let’s take a look at how these symptoms can manifest if their video game addiction is left untreated.

1. Poor Hygiene – As our little ones get older we tend to give them a little more responsibility on how they take care of themselves. However, video game addicts often neglect their personal hygiene in order to continue gaming. When immersed in their video games they fail to take notice of much else going on. Being sat in front of a screen for hours sweating due to the high stimulation and stressful situations; it usually leads to one smelly teenager.

Children demonstrating symptoms of video game addiction tend to spend more time inside the house and therefore see less incentive to shower. In their eyes, if they don’t have a reason to smell good then they don’t need to. As we know poor personal hygiene can result in infections, oral diseases and much more. If their gaming habits are interfering with their bathing schedule then it might be time to intervene.

2. Risk of Obesity – With video games becoming more and more advanced we see fewer children running around in the neighbourhood having fun. Rather it’s easier for them to meet up online and game the days away.

Sadly excessive video games often lead to a stagnant lifestyle which is a major contributor to obesity. Developing children from the ages of 5-18 need at least an hour’s worth of moderate exercise per day to help build muscles, bone density and stay in healthy condition.

When a person is addicted to video games they are less likely to acknowledge their hunger until they are famished. At which point they will likely be looking for a fast satisfying solution. Hence, the typical diet of a gamer usually consists of a myriad of salty and sugary snacks, junk food and ready meals to get their quick hunger solution.

Luckily as parents we control what our children eat so this is easily fixed but for young adults who live by themselves, this lifestyle can easily result in obesity.

3. Insomnia – Sleep problems and video games are linked in many ways. A large proportion of the community are very nocturnal as they jump on twitch to watch their favourite streamers until the early hours of the morning.

The idea of teaming up with friends to play their favourite video game all night is an exciting prospect to a child, even many adults who suffer from video game addiction. However, this unhealthy decision has a knock-on effect on their ability to get to sleep and ultimately how they function throughout the day.

As we previously mentioned video games are highly stimulating and release all sorts of chemicals in the brain from dopamine to adrenaline. When super amped up like this it can be extremely difficult to then lie down and get to bed by the time you’re supposed to, causing many young gamers to be sleep deprived.

Another contributing factor to insomnia in gamers is blue light exposure. Blue light is the frequency of light that is radiated from screens on electronic devices. This light frequency inhibits the production of signalling molecules in our body that make us wind down into a good night’s sleep.

When a person is exposed to large amounts of blue light before bed it offsets their body clock and makes it harder for them to get to bed. As you can imagine, allowing your child to play video games immediately before bed can be more harmful to their sleep than we anticipate.

4. Poor Posture and RSI – Granted lots of research and design work goes into improving the ergonomics of computer setups for prolonged use not everyone can afford them. Many children are content sitting in all manner of ways to play their favourite video games and who can blame them.

The problem is with excessive use and improper stretching gamers can develop a whole number of postural issues and strain injuries. Some of the most common being, carpal tunnel, tennis elbow and gamers thumb.

Strain injuries develop from overuse and not stretching resulting in inflammation of the surrounding ligaments and tendons. This inflammation can be treated but if ignored can lead to serious chronic pain and weakness.

5. Decline in Mental Health – One of the most important negative effects to be on the lookout for is a decline in their mental health. Often video game addiction has been known to develop due to comorbid conditions such as anxiety and depression so if you have reason to believe this might be the case then seek professional help.

Studies have shown that video games can suppress negative emotions such as fear, anger and sadness. So it is no wonder that many young children used video games as a means of escape. The problem is by constantly running from their negative emotions and experiences they never learn how to healthily deal with them and can exacerbate their negative mental state alongside their addiction.

Video games have also been known to increase anxiety in certain people. With our brains constantly on the lookout for future problems, when a person is addicted to video games they tend to neglect all other facets of their life.

By not doing all of the things they are supposed to, reality can hit very hard which can be frightening, particularly at a young age. With video games available this increased anxiety can lead to them burying their head in the sand again and only making things worse.
Treating video game addiction at a young age is essential as this is when many habits and values are learned. Developing a healthy relationship with video games at an early age can prevent them from going off the rails as they get older and have more freedom.

When it comes to video game addiction, The Mindful Gamer is always here to help.