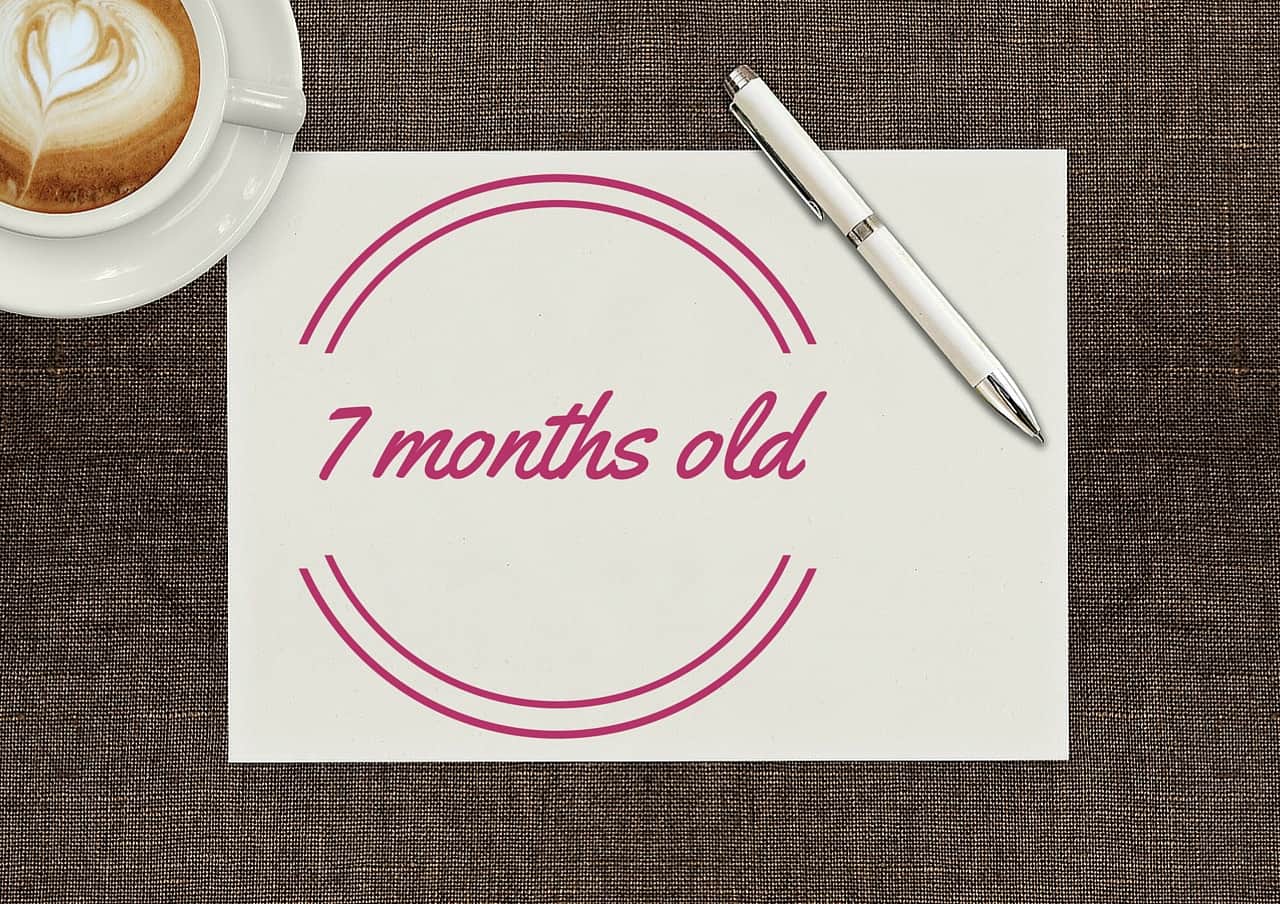 Where the hell has the time gone?! This is Erin’s 7 month update! It doesn’t seem like 2 minutes since her 6 month update.

In the last month or so, Erin has changed so much.

On the day that Erin turned 6 months old her first tooth popped through. She had been drooling and had teething pains for what seemed like forever. The tooth wasn’t there in the morning on that day but it was in the afternoon. Four days later another tooth popped through!

This month Erin has also started to get a lot more mobile. When John had the week off work she rolled from front to back for the first time. It didn’t seem like she had any interest in going from back to front though until last week. John and Erin were laid on our bed and she just did it after a fair bit of trying. She hasn’t done it much since but at least we know she can now! Unfortunately, rolling around means not being able to leave her anywhere, making life a lot harder!

This past month Erin has been doing so well with food, even after a stomach bug when she went off it for a while. 3 meals a day has meant another 2lb put on in 4 weeks and she now weighs nearly 17lb. She’s still under for her age but she’s getting there! We are starting to try Erin with a lot more finger foods and exciting puree combinations. Some she has liked and some she hasn’t but she gives everything a really good go! Her favourite thing at the minute is to share my giant crumpets, so much so that she tries to take the plate!

I honestly can’t believe how different Erin is to a month ago. I am so excited to see what changes have happened in another month. I’m sure she’ll be crawling by then, or very close it it, as she’s trying already.