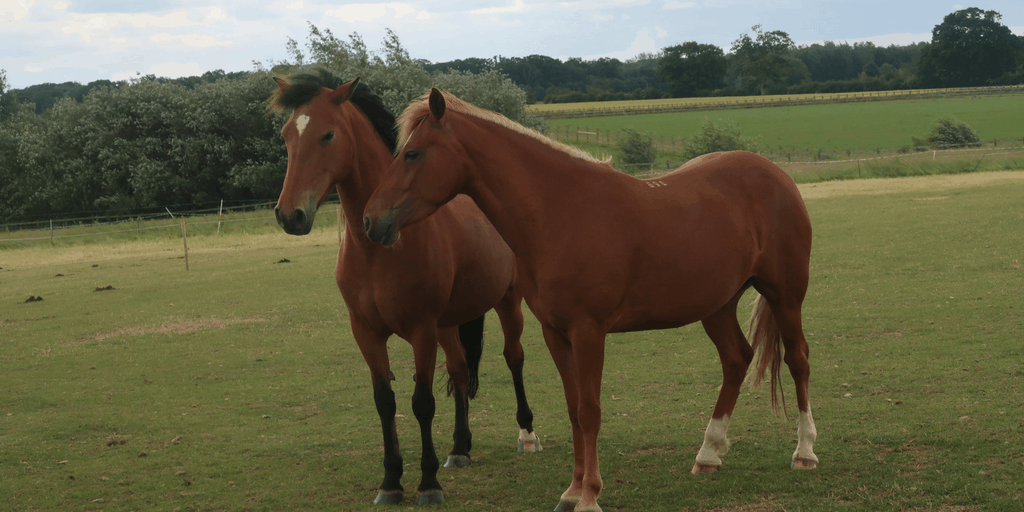 This Father’s Day just gone we didn’t really have any plans but my sister and her fiance wanted to go and do something so we decided on the Redwings Horse Sanctuary in Aylsham. None of us had ever been before but we’d had it on a list of things to do close by for a while now and none of us wanted to go too far. Redwings is only a 15-20 minute drive away for us so relatively easy to get to.

The first thing to mention is that entry to Redwings Horse Sanctuary is free and that it is open every Friday, Saturday, Sunday and Monday from 10am to 4pm. Knowing that this was free I think I was expecting somewhere quite small with not that much to see. This wasn’t what it was at all though. 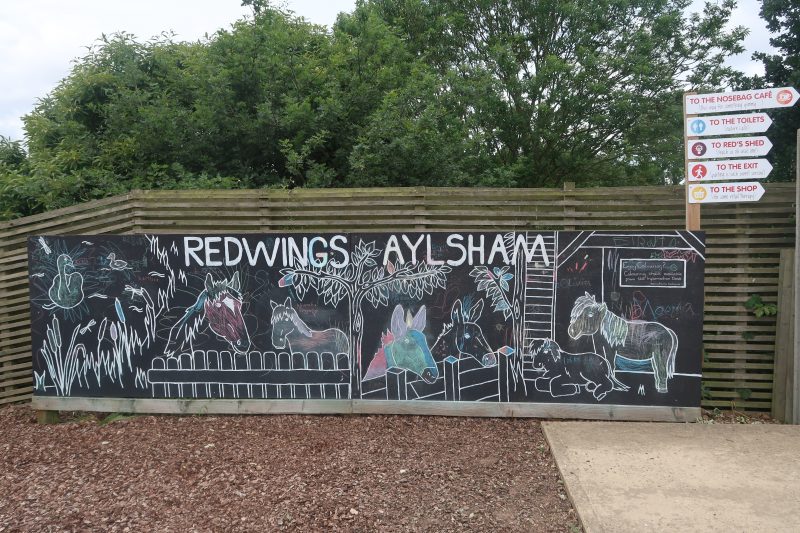 As you arrive at Redwings you’re greeted by staff who explain about the different horses and which are the most friendly, along with the options for donating. Of course, you don’t have to donate anything at all if you don’t want to but Redwings also asks for donations of carrots, apples and ginger biscuits to feed the horses which I thought was a lovely alternative.

At the entrance there is a large gift shop with toilets to the right and a small cafe to the left. The cafe sold various hot and cold drinks with some snacks and cakes but you won’t be able to buy a meal here. Even before you get to the horses there is also a children’s play area and a picnic area if you want to take any food with you. 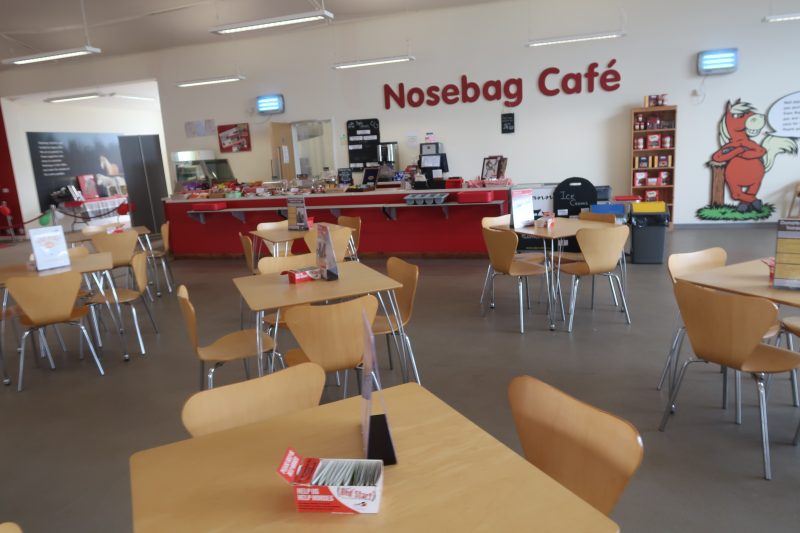 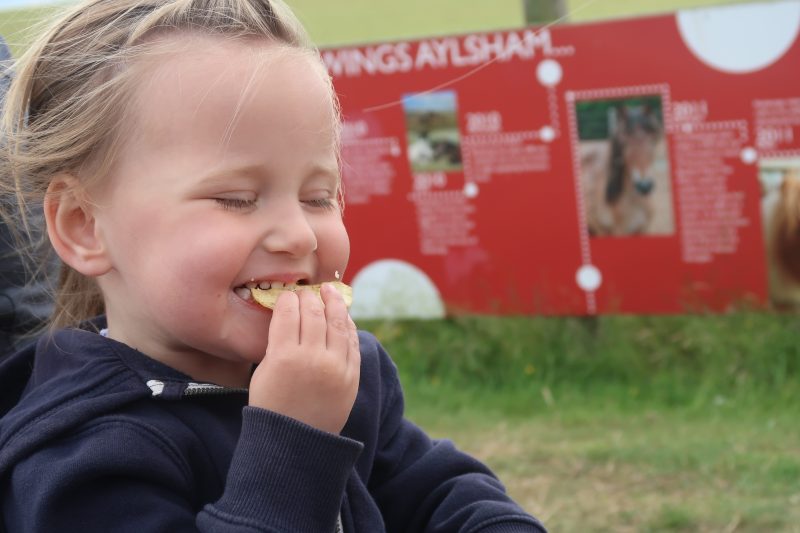 I was really surprised at just how big Redwings is. There are about 30 different paddocks to walk around and as this is somewhere for horses be prepared to get a bit mucky and muddy if the weather is bad. I went in sandals on a pretty nice day and I wish I’d worn full shoes instead.

Erin actually got bored quite quickly and decided she would much rather go and play at the park with her dad so the other three of us wandered around and tried to make friends with some horses. Turns out that a lot of them were very friendly and we had so much fun seeing which would come to us and which wouldn’t. Places like this really aren’t just for children! I’d say we ended up having more fun than Erin. 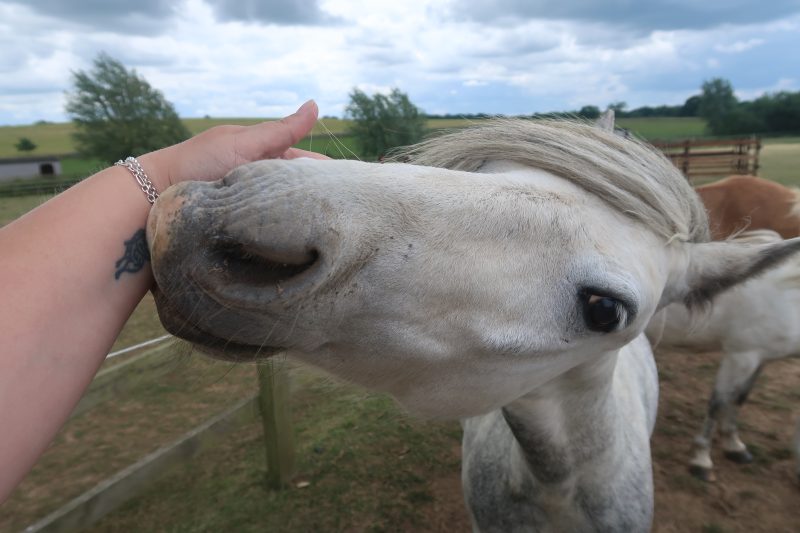 As we came back round from seeing the horses we noticed the stables were open and one of the horses was having a bit of a wash and a groom. Erin was amazed and loved watching the horse having it’s tail brushed. She’s never seen anything like this before so she was quite happy to stand and watch for a while.

We spent a couple of hours at Redwings Horse Sanctuary and probably could have stayed longer. Erin was quite tired though as it was way passed her nap time by the time we left. I really liked that there was quite a lot to do there and plenty for children, even if they don’t want to look at the horses.

Redwings Horse Sanctuary is a gem of a find and there are 5 centers in total around the UK, which you can find out more about here! 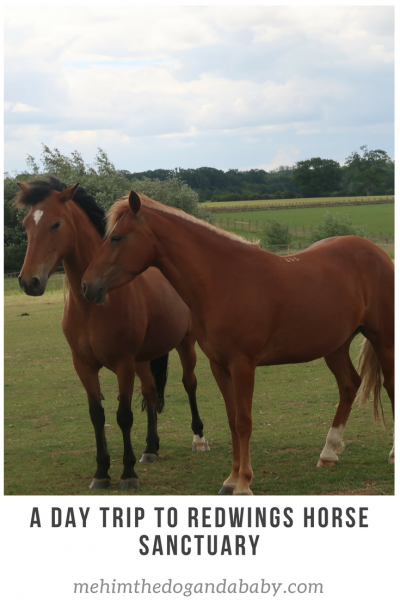 1 thought on “A Day Trip To Redwings Horse Sanctuary”