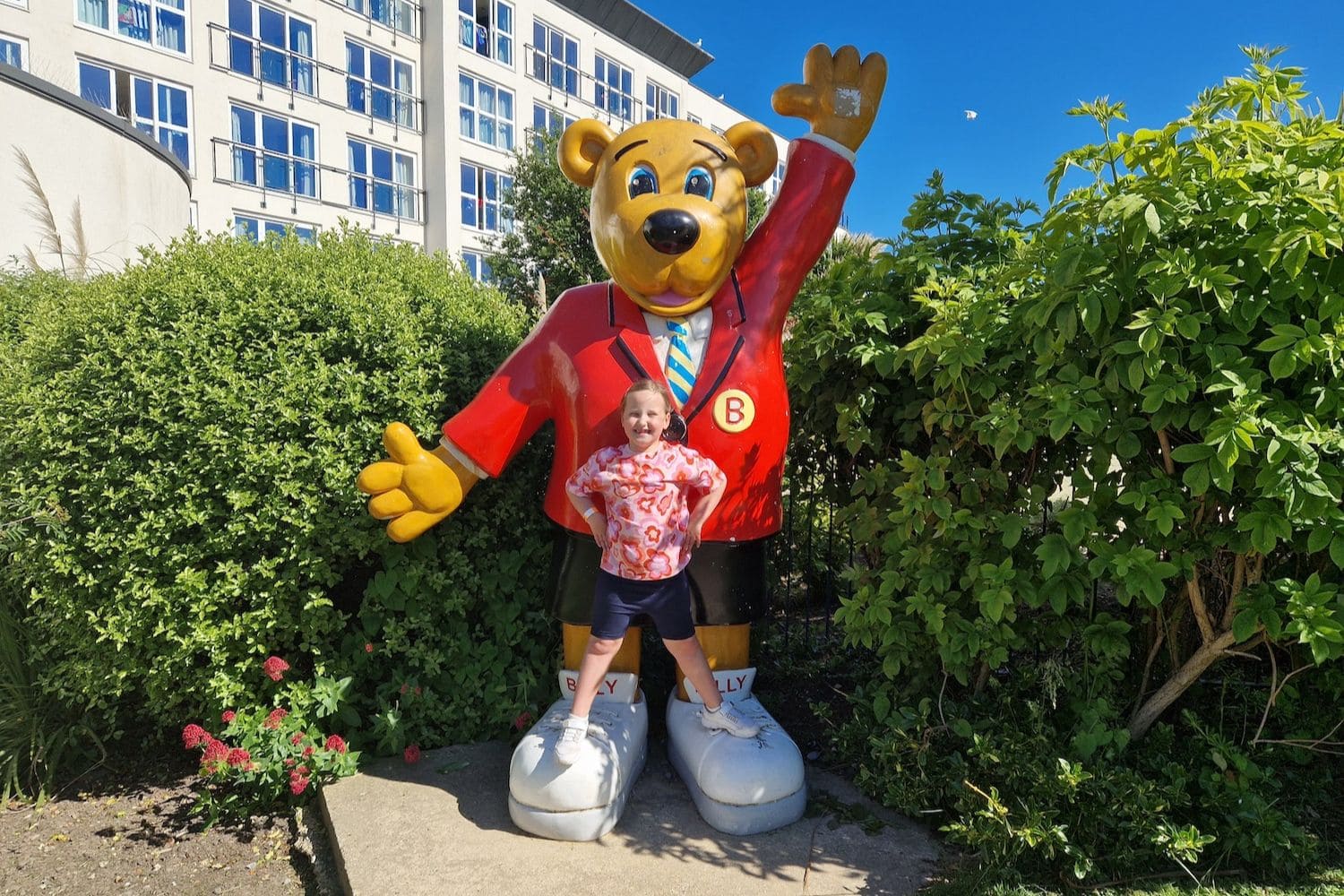 We originally booked a term-time ‘Just for Tots’ break at Butlins as we’d planned to go in 2020… we all know how that turned out. Now, two rearrangements later and we finally had our half-term family break at Butlins Bognor Regis.

Preparing for your break

Being our first time at Butlins we really had no idea what the lead up to the holiday would be like. If I hadn’t joined a couple of groups on Facebook in advance I don’t think we would have been in such a good position as we were.

What you don’t really get to find out is that you can only start booking activities and shows 2 weeks before your break. You do get an email on the day but this can often be after the booking actually opens. Luckily, as I did find this out from a Facebook group, I was able to go on and book everything I wanted and didn’t miss out on anything. I did see a lot of comments in groups saying everything was already booked up when they checked.

If you’re a first-timer then Facebook groups are a lifesaver and you will get lots of great advice ahead of your holiday.

On arrival day we could be at the resort any time from 12 pm. Check-in depends on where you are staying and this could be 3 pm or 4 pm however, certain things on the resort will be open earlier than that so you will have things to do! We had prepared for this, with our train getting into Bognor at around 1 pm, and had a bag packed ready for swimming.

We headed straight to the Shoreline Hotel when we arrived at Butlins and luckily, they were able to get us into a room at about 1:30. It was great to be able to dump our luggage in our room and unpack a little bit. We all immediately fell in love with our nautical themed hotel room. You hear some stories about some of the accommodation at Butlins being a but rundown but that’s definitely not the case in this hotel.

Erin had her own room that was separated by a curtain. The room had bunk beds which Erin was obviously super excited about and she couldn’t wait to test out both of the beds. This room also had great storage for children’s clothes (although no hangers) and a TV in the room too.

The room had loads of storage including an open wardrobe, open shelves and a few drawers. This meant that we could store everything nicely and lay out things ready for the day ahead. We also used one of the drawers to stash the snacks we brought with us. There’s a small fridge in the room too (hidden by a door) so you can put drinks etc. in there too.

As well as a double bed we also had a sofa in our part of the hotel room. I liked how there was separate areas for everyone in this hotel room and it really worked well for us as a family.

As we were staying in a Butlins hotel we wanted to try the food that was there so we had the hotel dining plan for the duration of our holiday. This meant that we got both breakfast and dinner in the hotel restaurant, the South Coast.

Breakfast ran from 8am until 10:30 while dinner was from 4:30 until 7pm. These times suited us really well and knowing this in advance meant that we could plan our days ahead accordingly.

Overall, we found the food to be really good. Breakfast consisted of the usual full English kind of things like sausages, bacon, eggs and beans etc. but there were also cold options such as pastries and bread rolls. What I will say is that breakfast doesn’t really change much from day to day so you might feel as though you’re eating the same thing over and over again.

Dinner was much more varied and we found that there was always a lot to choose from. Each night there was a roast meat option with vegetables and chips but there was also themed nights like Chinese food, curry or Mexican food. Along with these we could get salads, a soup each day and of course, bread rolls at all times.

We loved that children had their own station at both breakfast and dinner. Erin liked being able to pick her own food and help herself (with some help). The children’s area was fully stocked with plastic plates and cutlery and I thought this was really well thought out. Breakfast with similar to the adult’s food however, for dinner there would be things like chicken nuggets, fish fingers and a few different kinds of potatoes and vegetables.

One of the things that made us go to Butlins Bognor Regis over anywhere else is the huge revamp to their swimming facilities. Splash is at the back of the resort but only a couple of minutes walk really from the Skyline Pavilion.

The revamp was really well thought out, with changing rooms suited to different sized families, great changing families for young children and loads of showers. I don’t think you’ll find any of the usual swimming changing rooms issues here.

Splash itself was amazing. There are a few different kinds of pools for swimming as well as being able to enjoy the waves. There was also an area for younger children and babies, with really shallow water. The best thing about Splash though was the slides, of which there are plenty. These ranged from quite tame and safe to rapids that went outside! There are clear height guides too so you know who can go on what.

Inside the Skyline Pavilion, you’ll find so much to do! Here there’s soft play, fairground rides for children under 150cm, shows on the Skyline Stage, a cafe and a huge arcades area, as well as a few other things. I was a bit surprised by just how much Butlins had managed to fit into the Skyline Pavilion actually but it never felt too crowded apart from maybe when there was a show on.

You can also take part in character photography sessions (again, you need to queue) in the Skyline Pavilion, go to the gift shop and have your face painted if you want to. I actually wish we’d spent a bit more time in this area as I know there was more that Erin wanted to do.

Two weeks before your break you’re able to book shows and I advise to do this immediately as they do get booked up quickly. We were able to book something for each evening including Musicals Rock, The Rollerboys, Electric City and Jay and Joss. We also managed to book for the extra Stephen Mulhern show while we were on our break as they added an extra performance.

Doors for shows open 30 mintues before the show starts but be prepared for people to queue way before that. For doors opening at 7pm we found that people would start to queue at around 6pm to ensure they got a good seat. However, you can leave 1 person in the queue and then join them before the doors open and lots of people did this.

We never had front row seats for anything, mainly because once the doors open people send their kids to run to the front to get a table, which was really quite annoying. However, we did always have good seats and never had a bad view.

The shows are absolutely worth going to and were spectacular. Erin enjoyed each one and also managed to get a few photos afterwards with some of the acts. I think this is her new favourite thing to do! The shows all finished at around 8-8:30, although there is more entertainment elsewhere afterwards, so it was never too late for Erin.

The fairground was also included in the price of our break and it’s nice for there to be so much you don’t have to pay again for. We didn’t get to use the fairground quite as much as we wanted mainly due to being so busy doing other things. However, there was a good selection of rides including a boat, bumper cars, waltzers, a helter-skelter and a carousel, just to name a few. You can also play traditional fairground games but we found these to be really overpriced compared to what you could, and would most likely win so we didn’t have a go on any of these.

This is a bit of a tricky one to answer because I’m not 100% sure. We all had a good time and we enjoyed a lot of the holiday. However, we also felt like there was a lot of waiting around when it came to the shows and we could have spent some of this time doing other things.

Our holiday, which was for 4 nights in the Shoreline Hotel cost nearly £709 (discounted when booking + dining plan gifted which would have been an additional £277.80). Even without the sale price of the accommodation, this along with the dining plan comes to around £987 which is a lot of money. I think I would have to make sure we got the accommodation on sale if we were to go again. 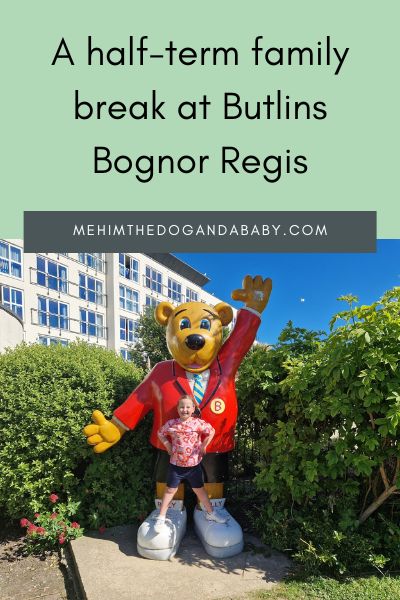