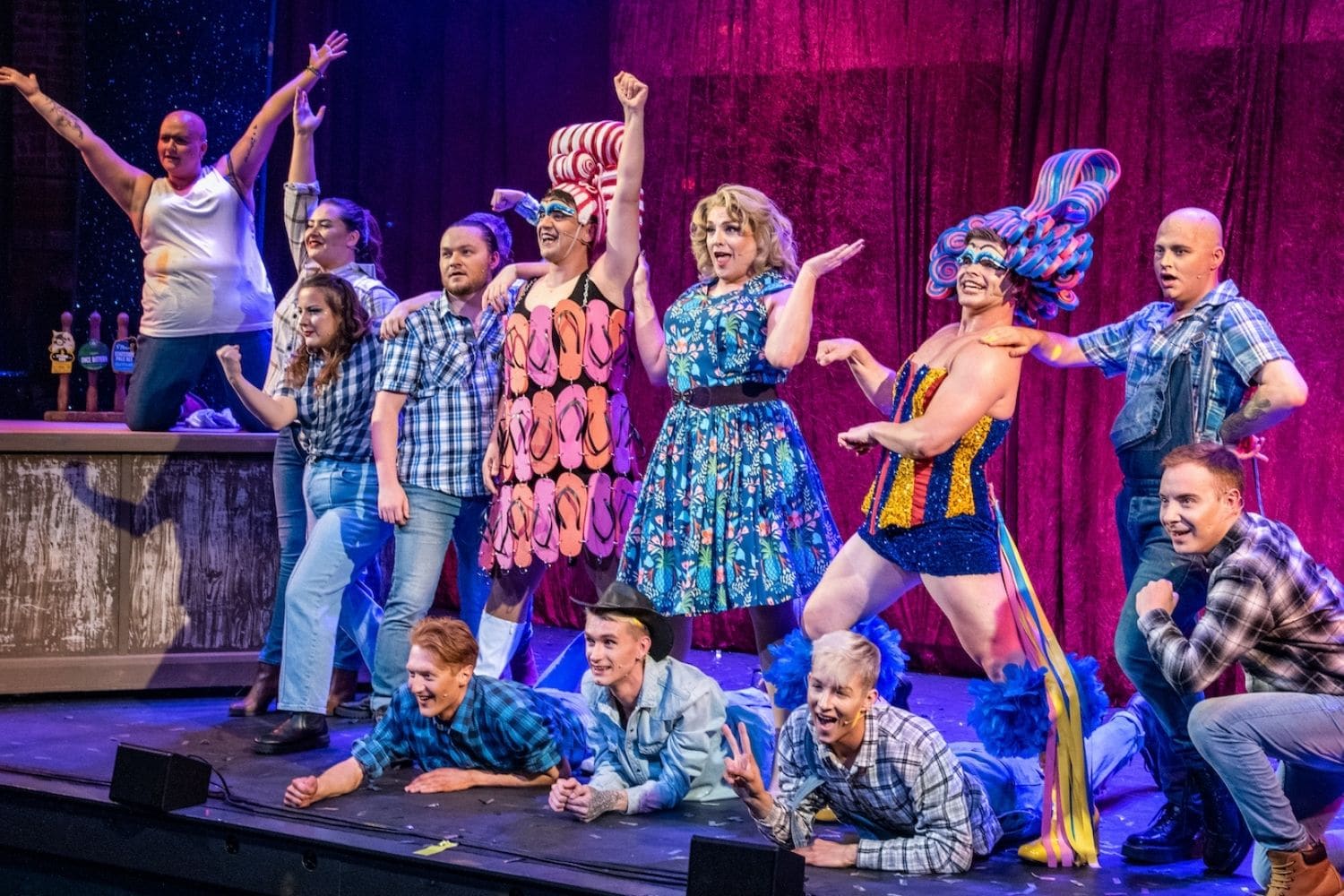 Years ago, when I was growing up, I remember seeing the film Priscilla Queen of the Desert and thinking ‘wow, I’ve never seen anything like this before’. This week, at Norwich Playhouse, Priscilla is hitting the stage and I got to go and experience it for myself on opening night.

Hold on to your wigs! We’re revving our engines for a journey to the heart of fabulous.

Get ready for the ride of your life as the ultimate party, Priscilla Queen of the Desert takes a pit stop in Norwich for one week only!

Based on the smash-hit movie, the feel-good international hit sensation Priscilla is the heart-warming, uplifting adventure of three friends who hop aboard a battered old bus searching for love and friendship and end up finding more than they could have ever dreamed of.

Walking into the theatre I was met with an amazing atmosphere, with people dressed with feather boas, cheesy music playing and everyone in good spirits. It really set the scene for the show and I was excited before it began.

We quickly meet Tick, who needs to make a journey across Australia to go and see his wife and child to perform as a drag queen! Joining him are Bernadette and Adam/ Felicia, and of course… Priscilla Queen of the Desert (the bus they travel in).

In many ways, this production stays quite loyal to the film. Fans, like me, will be happy to see certain things included like the amazing ping pong ball scene (if you know, you know!) and songs such as I Will Survive and Go West. There are loads of fantastic new songs added into the mix too such as It’s Raining Men!

If you’re not familiar with the story of Priscilla then you’re in for a treat. It’s one of friendship, acceptance, adventure and of course, a really good song and dance. Tick, Bernadette and Adam are all very different characters albeit with something like drag in common and they learn a lot on their journey.

Supported by an amazing trio of Diva singers and a very enthusiastic ensemble, Priscilla is an absolute joy to watch and you cannot leave without a massive smile on your face. I need to take a second to mention the dancing, which really was absolutely fabulous throughout. Some of those heels that were worn I wouldn’t be able to walk in let alone do a whole show in!

Even by the interval my face was hurting from laughing so much. Priscilla Queen of the Desert is camp, loud, hilarious and one of the best nights out I’ve had in a long time!

You can see Priscilla Queen of the Desert until Saturday 10th July at Norwich Playhouse. 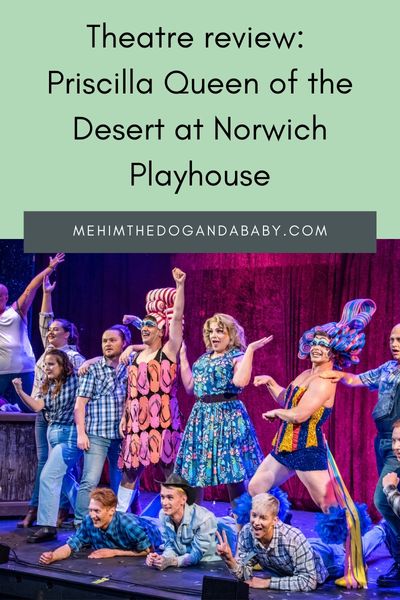