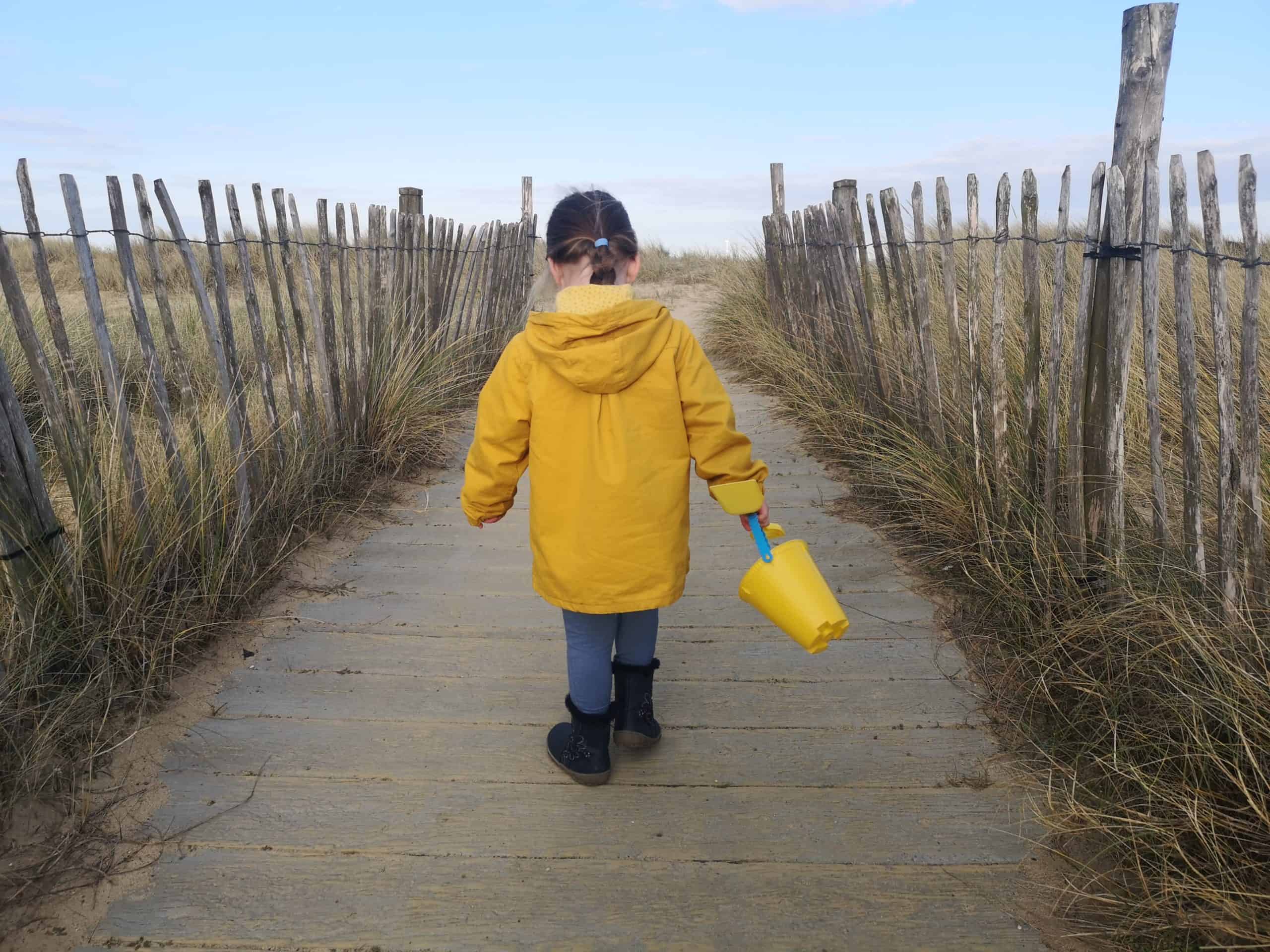 Last month, before all the government advised against any travel that wasn’t essential, myself, Mum and Erin went to Haven Seashore in Great Yarmouth. We’d had the break booked for months having got a really good deal for a Monday to Friday stay for only about £70. With Erin starting school in September I knew that this would be my last opportunity to go away for my birthday unless it fell on a weekend. I couldn’t pass that up. Unfortunately, John had to work so he wasn’t able to join us.

We visited Haven Seashore in 2019 so we were already familiar with checking in there and finding our caravan. This year however is the first that Haven have let you pay to choose where you stay, depending on what is available. We did this for £30 and because John wasn’t with us, we wanted somewhere more central than the year before and we were able to pick a location right near the pool and restaurant which was perfect for us. 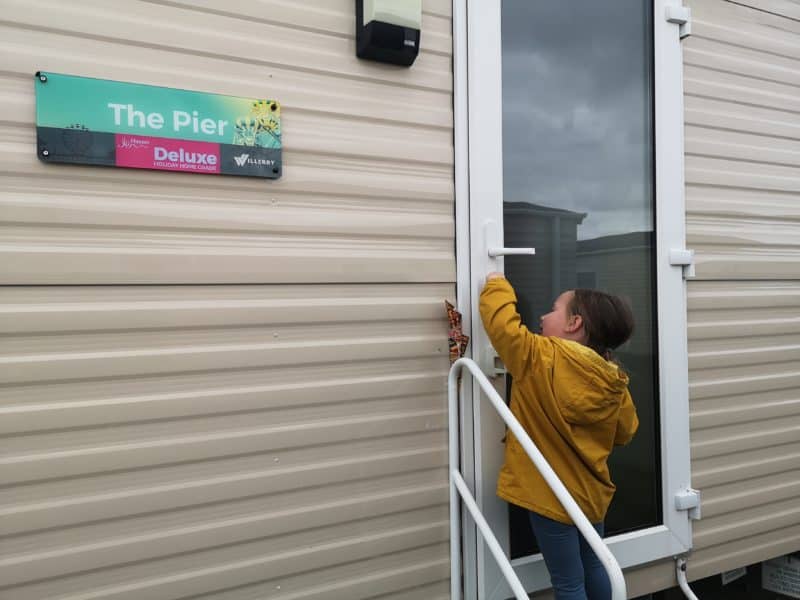 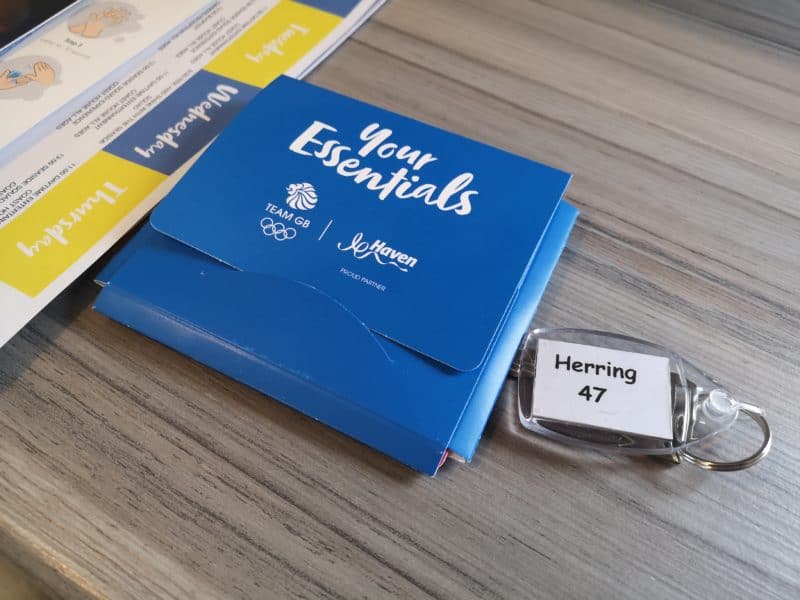 We arrived about 2 hours early but our caravan, which was a Deluxe model, was already ready for us. However, we had a few issues that took quite some time to get sorted. First off our hot water and heating wasn’t working so we had to flag down a maintenance guy (who was luckily close by) so that someone could get us sorted. Then, after getting everything unpacked we headed over to the shop for some supplies. When we got back we realised that our fridge/ freezer wasn’t working either. This meant a phone call to reception and another long wait to get it sorted. Although this meant us not being able to do anything for the first couple of hours, it all got sorted eventually. 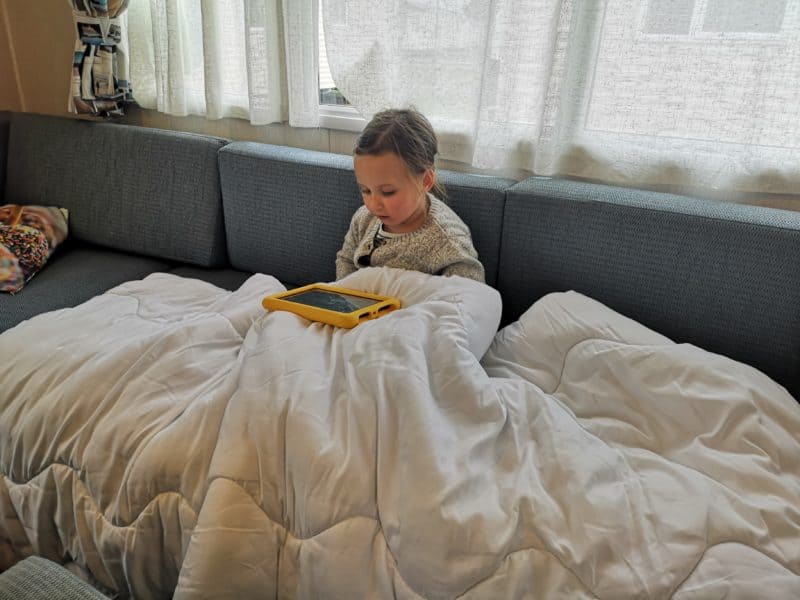 While there wasn’t too much of the day left Erin wanted to go straight to the beach. It was freezing but we had a whole area of the beach to ourselves. We made sandcastles, found cool stones and got our feet soaked from getting too close to the water. Afterwards, we headed to the Coast House to warm up with a hot chocolate and so Erin could play in the soft play area for a bit. We ended up staying later than planned and Erin got to meet a bunch of the Haven characters during some of the evening entertainment. I have no idea where she got her energy from but she was so excited and I really think it made her day so much more special. 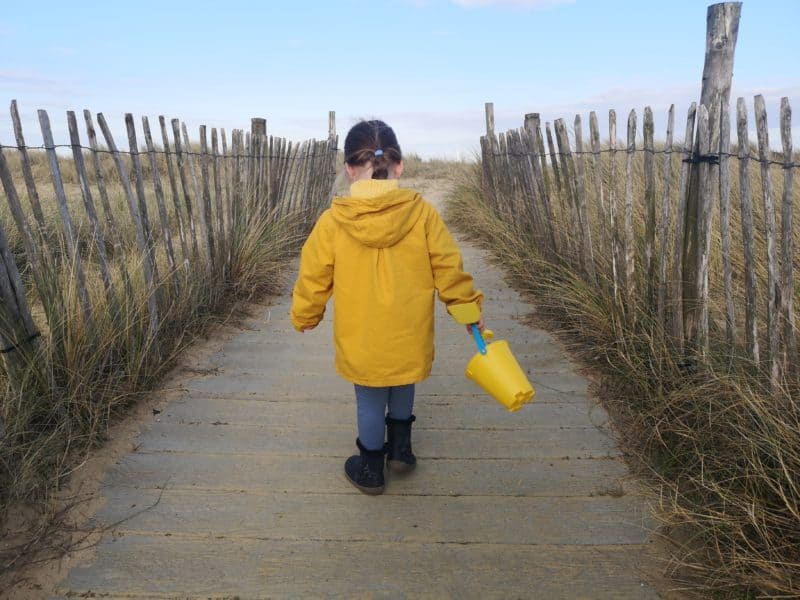 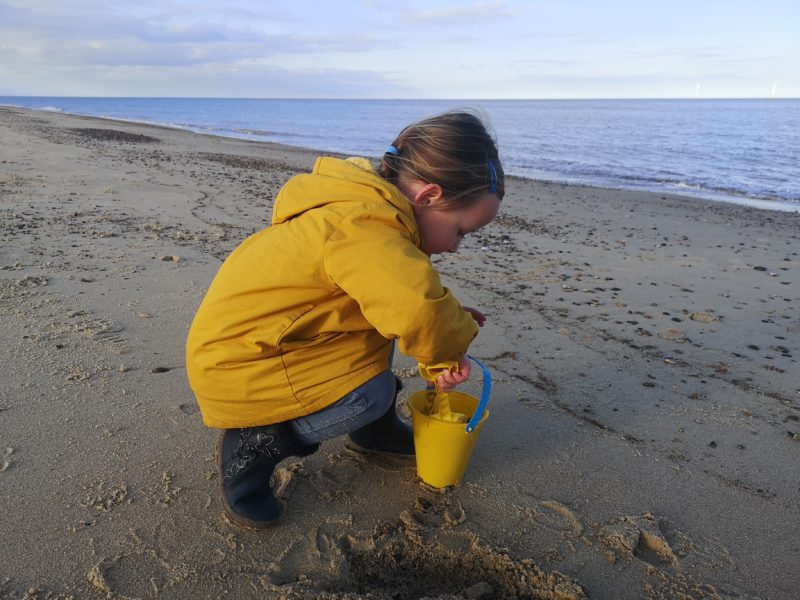 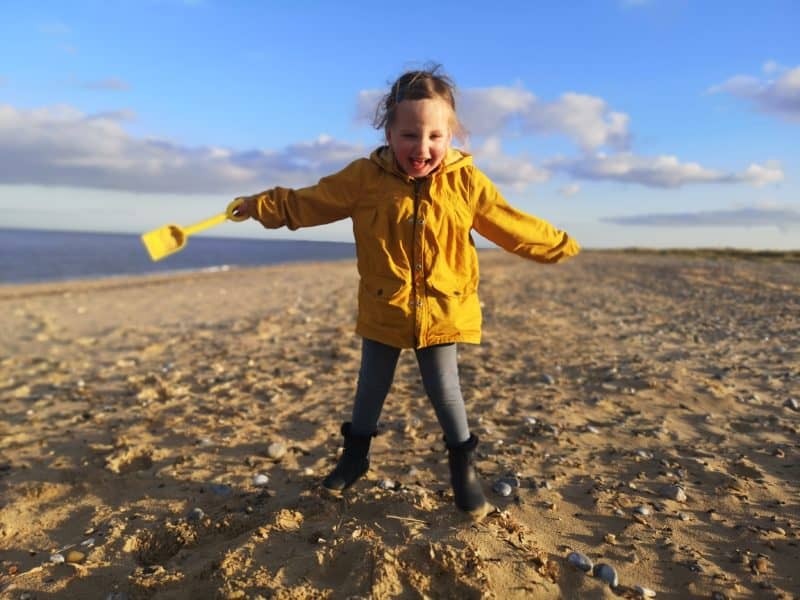 I had already made a few plans for the Tuesday by booking some activities on the Haven app. We had a bit of time to kill before the first activity so we spent some time at the park and then at one of the sandpit areas. Sometimes it surprises me how well Erin can keep herself occupied with something so simple. 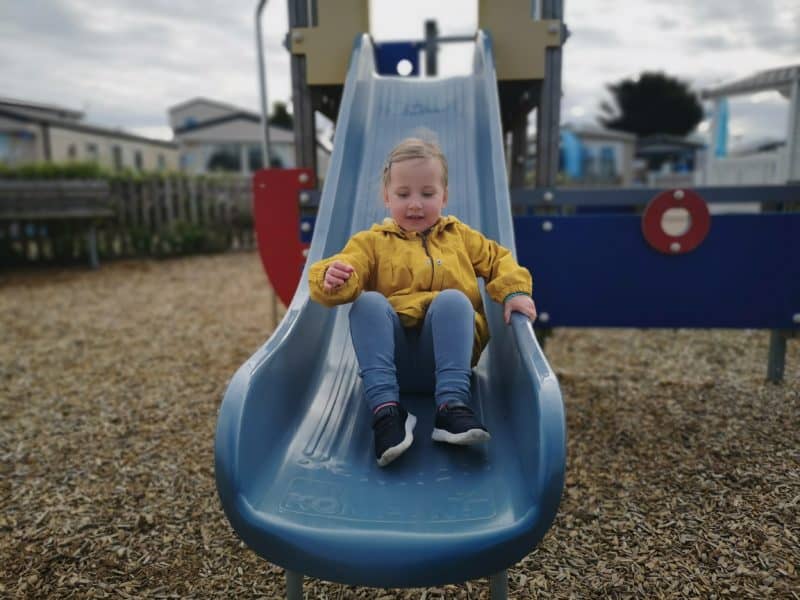 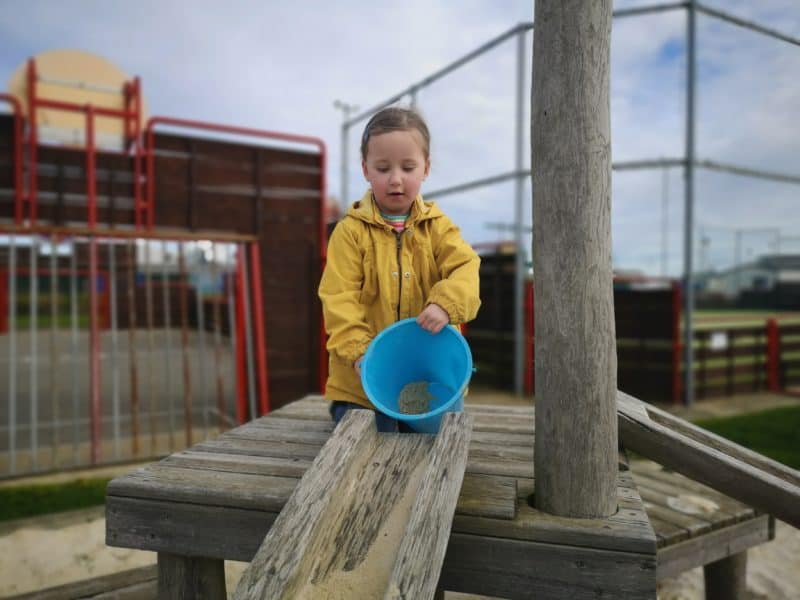 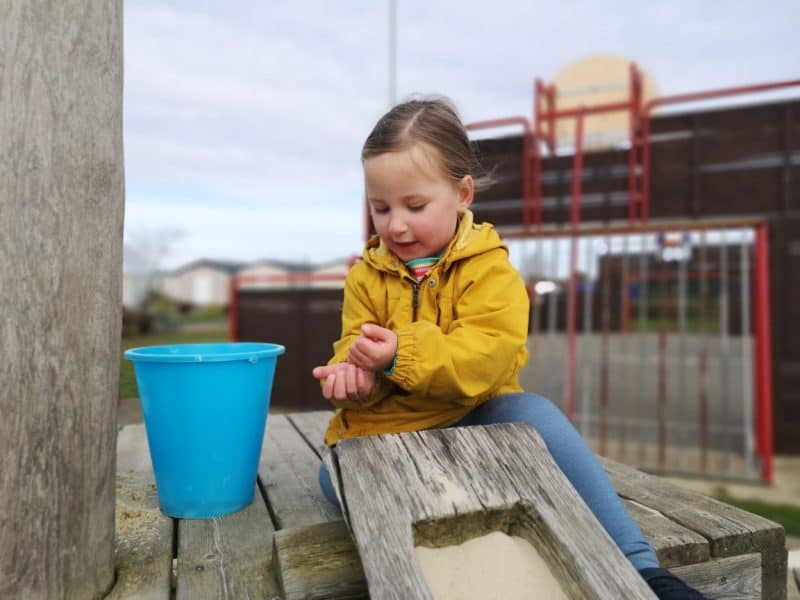 Our first activity for the day was Mini Sports, which was free! We didn’t know what Erin would be doing as this activity changes but when we arrived we saw it was archery, something that Erin had never done before. For a while it looked as though she would be the only one there but shortly another young boy joined in. Haven was really quiet this week as it was term time and also because places were starting to close down for health reasons. Erin loved archery and she really tried to do well. It was something I could help her with so it was nice to be able to do this together. 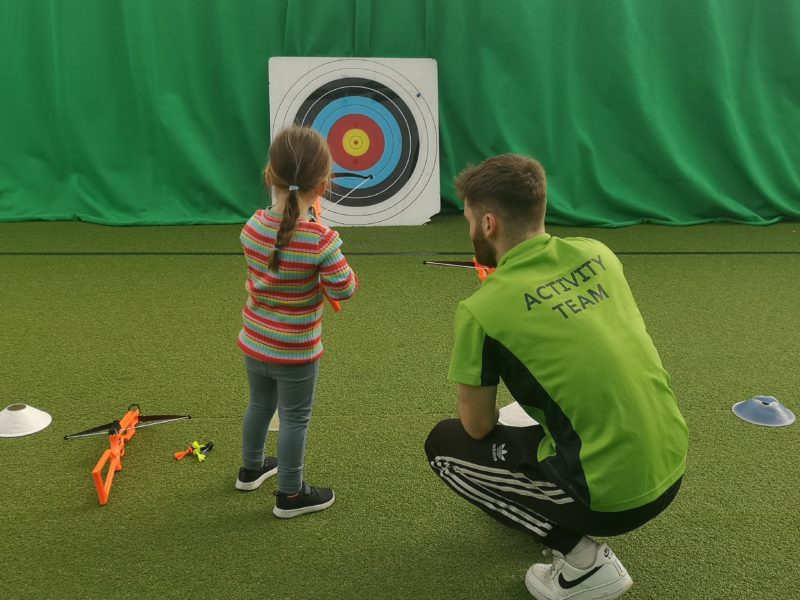 After Mini Sports we went to the Coast House for lunch and another hot chocolate and so Erin could play again. The soft play area is really small (although a new one is being built) but Erin would spend hours there if we let her. During this time, she got to meet another character before we headed off to do something a bit different. 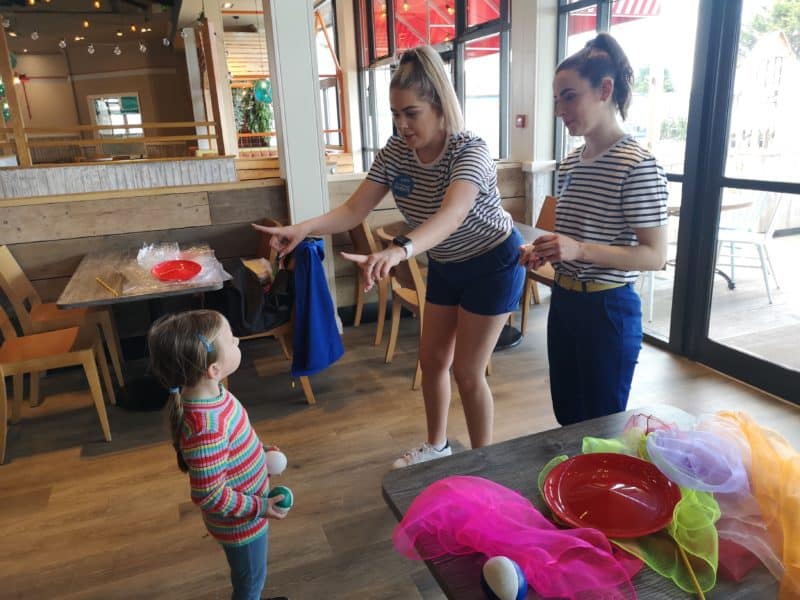 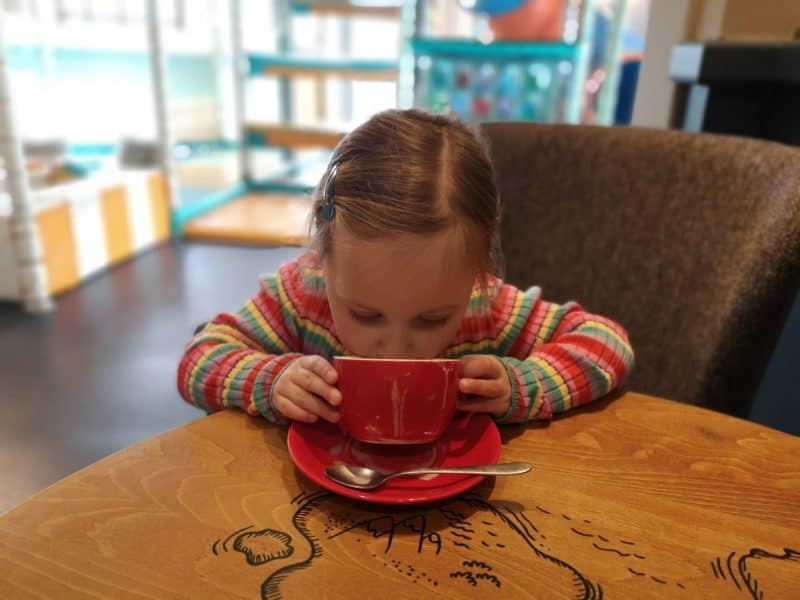 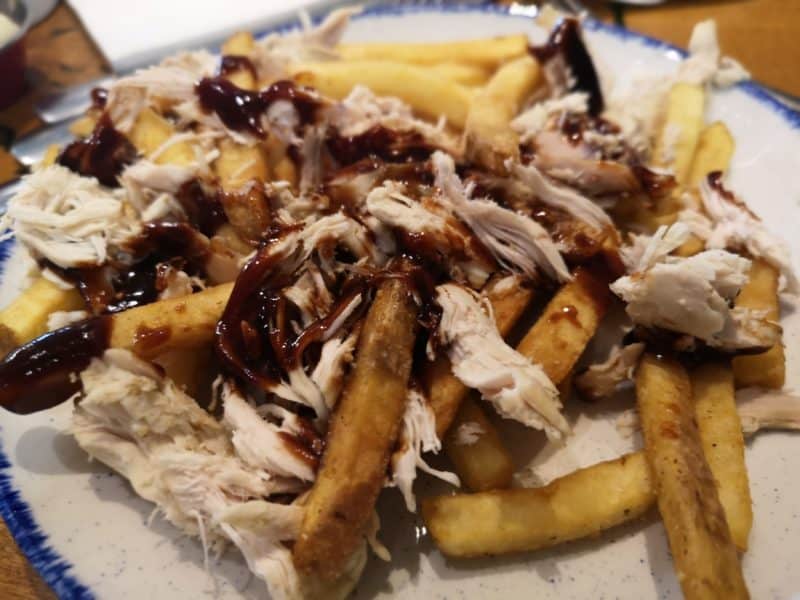 We headed to reception for something called Bug Fest, where we thought there would be chance to hold a few bugs or something. We didn’t expect a full talk and presentation but I was so glad that we went. Erin went and cosied up to a couple of the staff and watched the guy bring out all kinds of different bugs and insects. Erin wasn’t brave enough to hold anything but I managed a huge cockroach and even a tarantula. Erin knows that I’m scared of spiders so I wanted to show her that I could be brave. 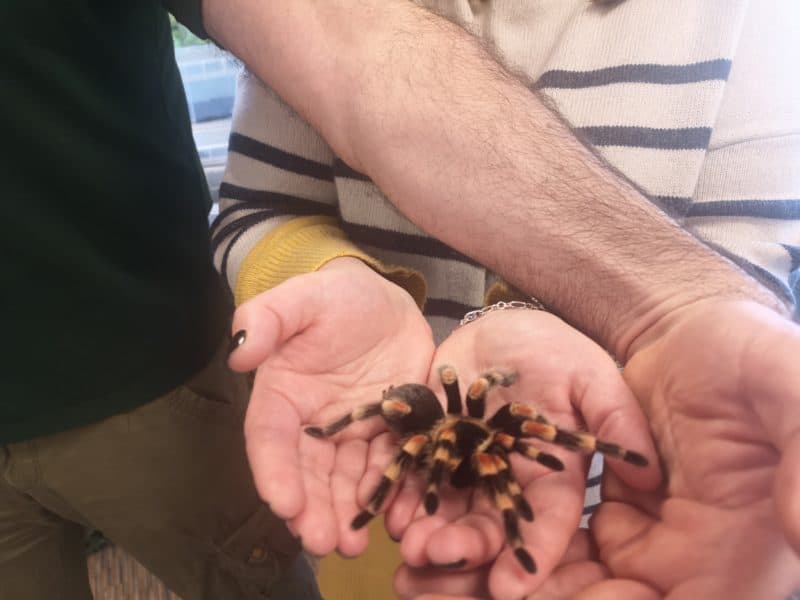 In the afternoon Erin and I went swimming for a short while. Swimming is usually Erin and John’s thing so we didn’t do too much of it on this visit. Afterwards we headed back to the restaurant for dinner again and also so Erin could visit soft play again and also meet some more characters. Haven Seashore was undergoing some improvements during our visit so the regular entertainment wasn’t running so Erin was really excited about being able to do this instead. 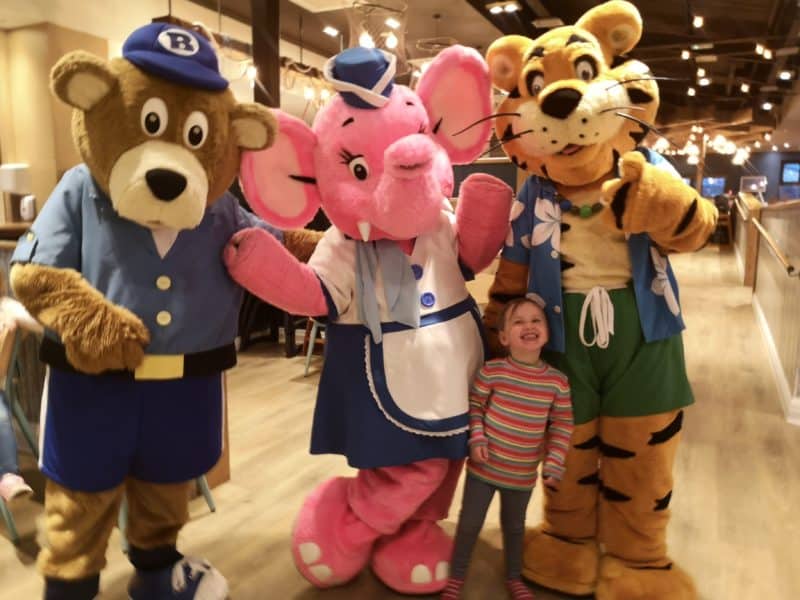 Wednesday ended up being our last full day as we decided to head home a day early on the Thursday so we wanted to make the most of it. We started the day with pebble painting at the Ranger Station and part of the Nature Rockz programme. This activity cost £4 and it had to be booked and paid for in advance. This activity had more children than the last with there being about 4 or 5 others there too. 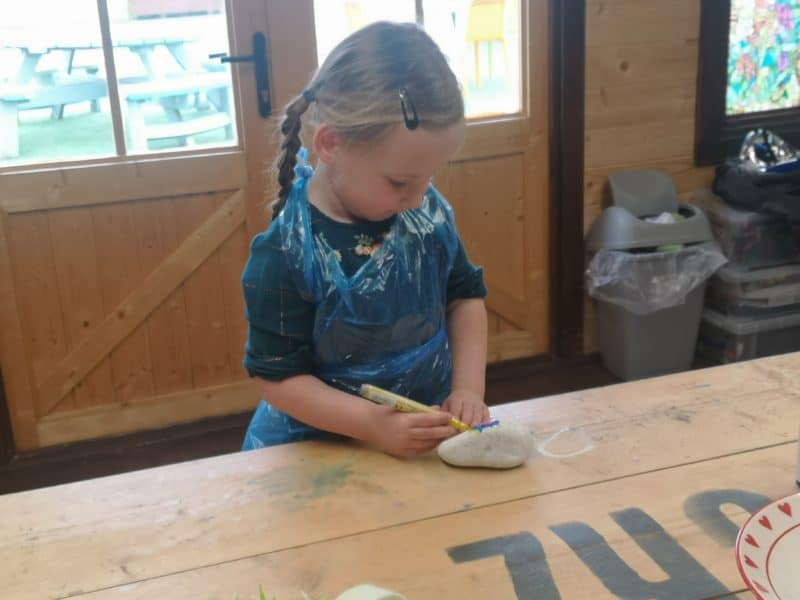 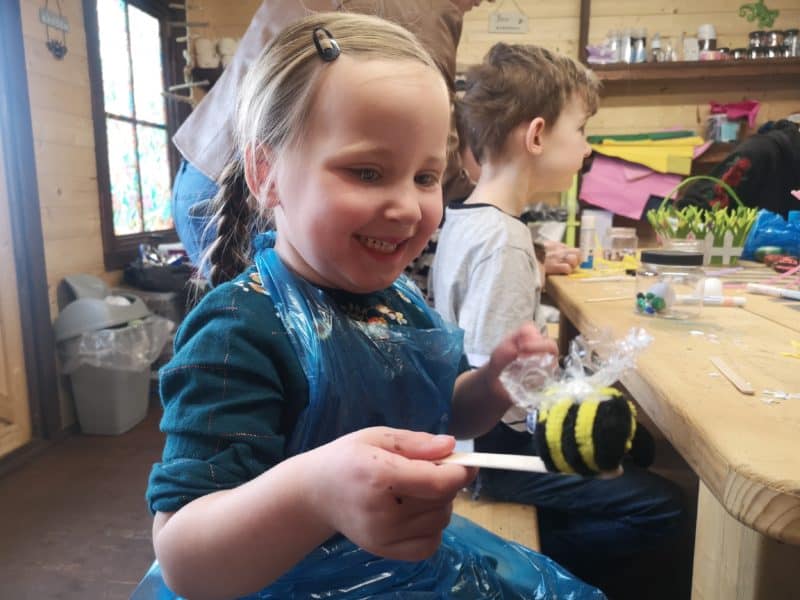 Erin got to design and paint 3 different pebbles of different sizes during the activity. She wasn’t so bothered about actually designing much but I did manage to get her to do a ladybird right at the very end. The ranger running the activity, Angela, was fantastic and great with the kids. There was time at the end to do some other activities so Angela spent some time making bugs and other creatures with some craft items.

Our caravan was across the way from the Ranger Station so we were able to go back for lunch and a short nap before going back for another activity. 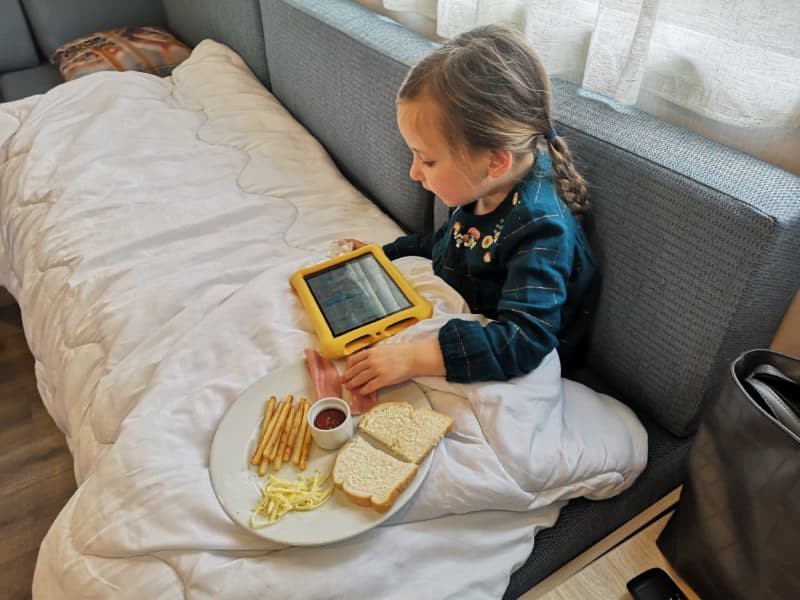 This time we went for a Nature Trail but we were the only ones there. Erin had Angela to herself and we got a private nature trail around the park. Erin loved looking for different bugs, leaves etc. and we also found a snake’s nest! After the nature trail Angela didn’t have anything else on for a while so again, spent a lot of time making things with Erin and it was such a nice thing to do. Angela really helped to make Erin’s holiday as good as it was. As there weren’t many other children to play with Erin could have ended up quite bored at times. 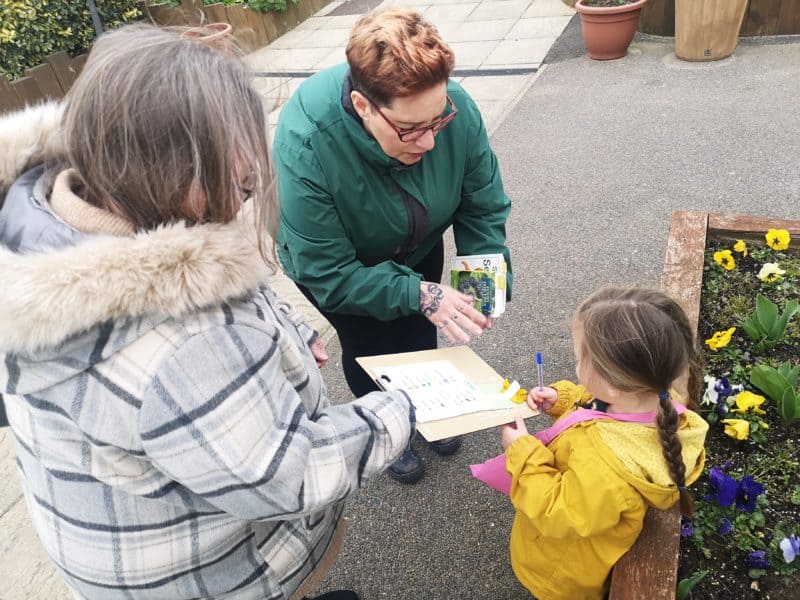 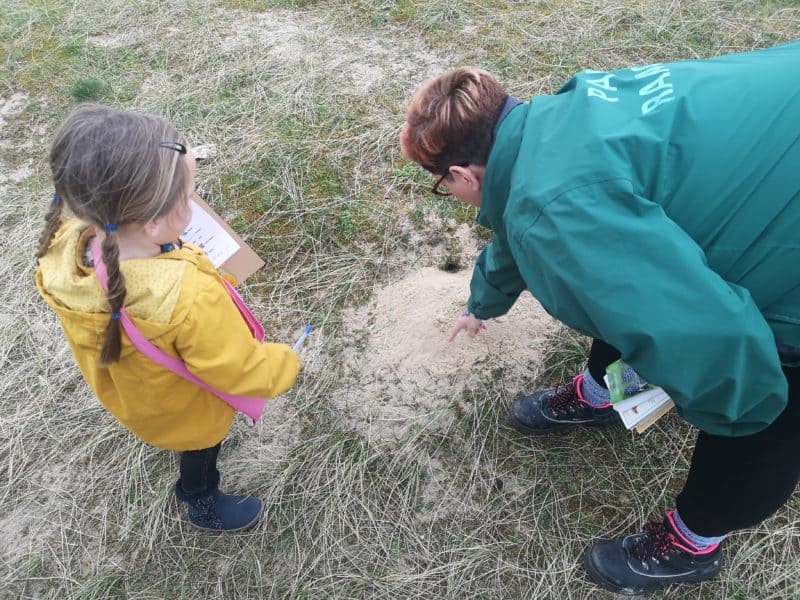 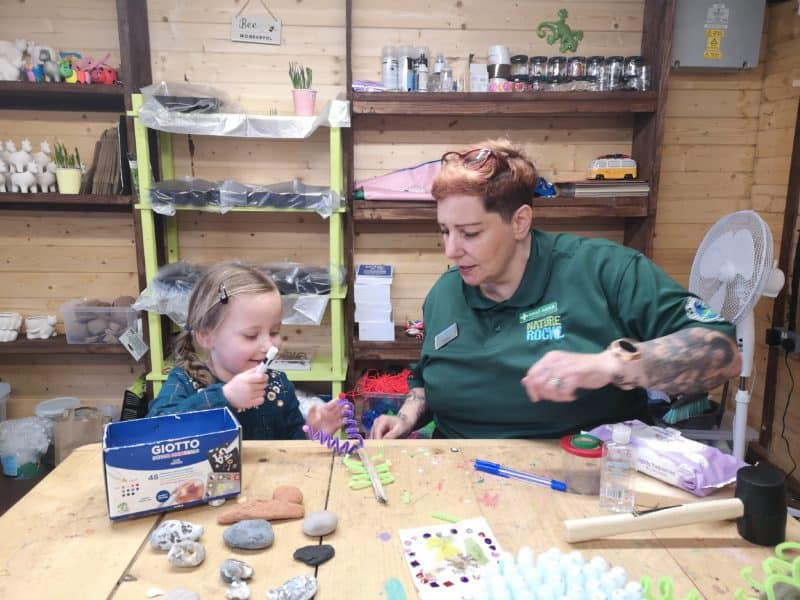 Our last evening was spent in the caravan chilling out as we’d had a long day. We also had to pack ready for leaving the next day.

It was sad to cut our holiday a day early, especially as it was my birthday, but it was the right thing to do. The country was starting to close down, other holiday parks had already closed and we wanted to get home to make sure we had everything we needed. Although we only really had a 3 day holiday we had an amazing time. The staff at Haven Seashore really made Erin’s holiday so much fun and this time we were able to do some things that we might not have normally chosen.

As we’ve now been to Haven a few times, and always quite close to home, we have looked at buying our own holiday home there a few times. If you are thinking of doing the same be sure to do some research and read all about the 10 things you need to know before buying a holiday home. 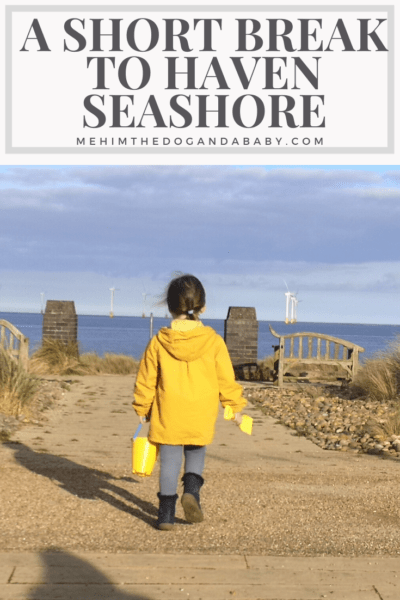 2 thoughts on “A Short Break To Haven Seashore”