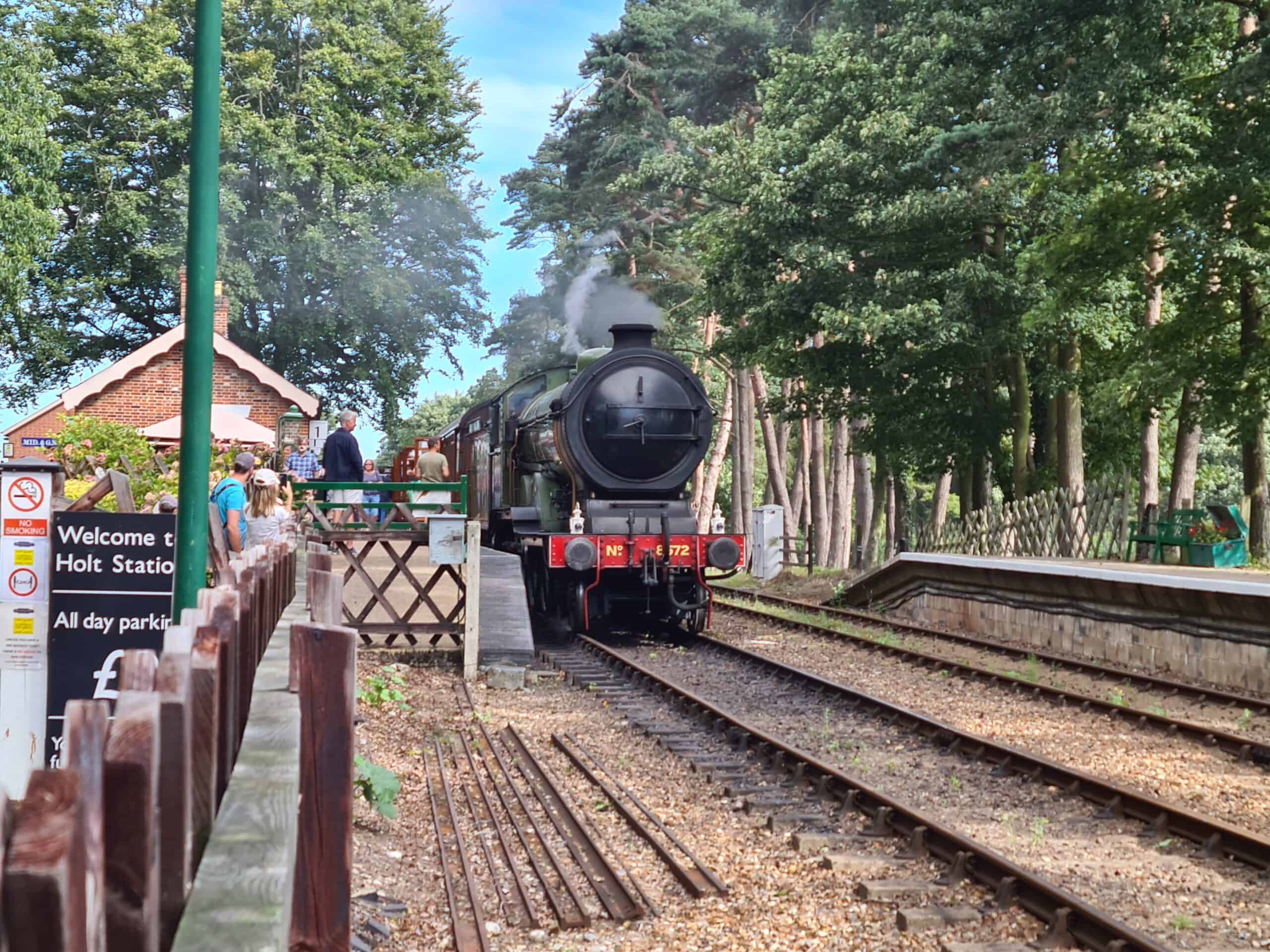 Although we live close to the Norfolk coast we tend to go to the same places most of the time. Cromer is our beach of choice mainly because it’s the closest and has a lot of nearby facilities for families such as toilets. However, a couple of weeks ago we stayed in Sheringham at YHA Sheringham, which was such a good base as a family.

During our weekend we decided to do something really different and go on a journey on the North Norfolk Railway. This is unlike a regular train though as it’s a steam train instead! The train runs between Sheringham and Holt (Weybourne station is closed for now) a few times a day and takes roughly 20 minutes each way. 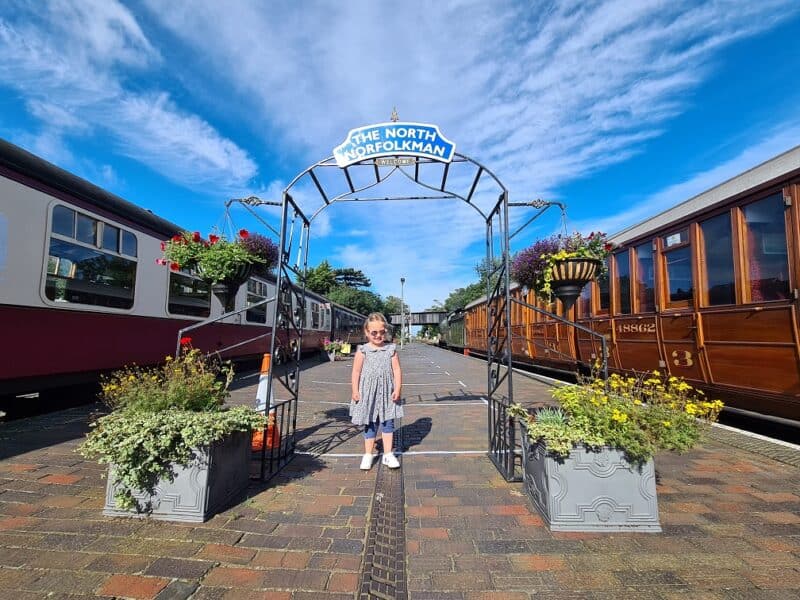 At the time of writing this post tickets should be purchased online where possible and there might be limited tickets available at the ticket office (Sheringham only). When you purchase a ticket online you need to book one for Sheringham to Holt and then a return for Holt to Sheringham. Tickets cost £17.50 each way, so a total of £35 and this covers 4 people. Additional adults are £10 each and children are £5. The ticket covers you and your group for one compartment on the train, which is not shared with anyone else. 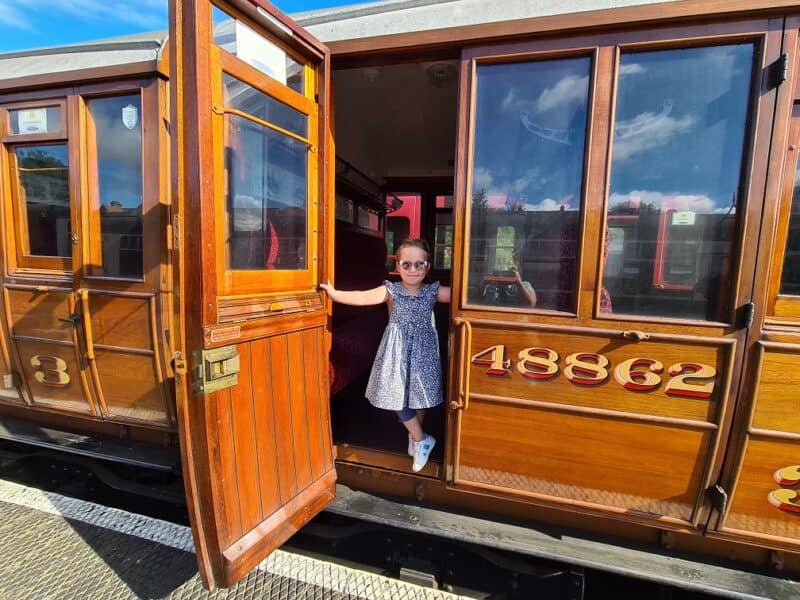 I’ll be honest, the ticket price was a bit of a shocker and I was quite reluctant to pay it. Had Erin now shown a real interest in going, we might have planned something else. For such a short journey I really didn’t want to part with this much money.

On the day of our journey we arrived at the ticket office around 30 minutes before the train was set to leave. There was a bit of a wait due to social distancing but we didn’t have to wait long. After we showed our ticket we were told which compartment we would be in and told where to cross the station to the platform.

After seeing the train at the station, I admit, I was quite impressed. I don’t think I’ve ever seen a steam train up close before and Erin certainly hadn’t. Seeing the train was really a bit magical and reminded me of the Hogwarts Express from Harry Potter. We eventually found compartment 6, which is where we would be for the journey to Holt. Some of the compartments opened up straight onto the platform while some had a little corridor in front of them (we had one of these on the return). 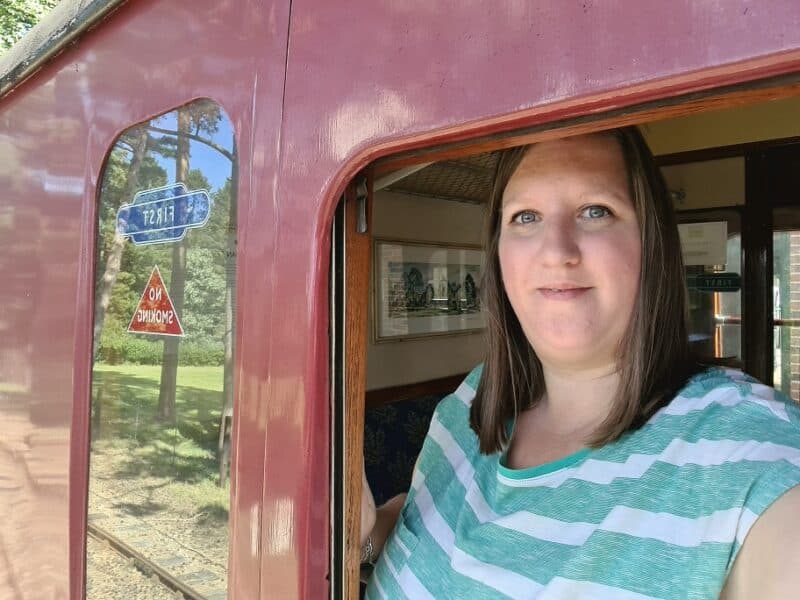 Each compartment was really very comfortable. If I was taking a long journey somewhere I would love to travel in one of these. Each side of the compartment had a sort of sofa with high backs and a very small luggage rack above. Along the walls was lots of information about the original use for the trains and where they would have travelled. John loved reading all of this while Erin and I worked out how to get the windows open so we could feel a breeze along the way.

As I said, the journey to Holt took around 20 minutes and the scenery on the way was really beautiful. You can see the sea, lovely fields and golf courses as well as the edge of Kelling Heath, somewhere we stayed last year. If you have children, this is a great time to play i-spy or to talk about what you might see along the way. 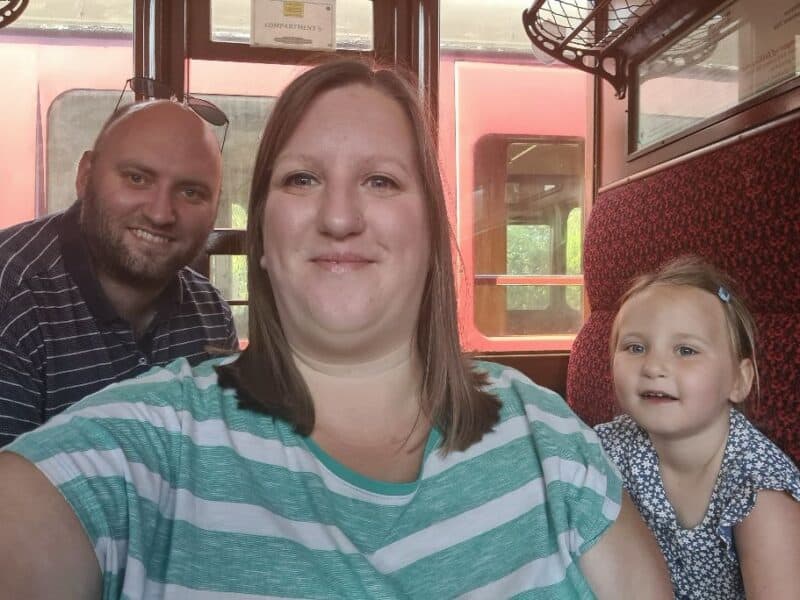 At Holt station we got off the train as we had booked our return for later on. You can walk into Holt from the station but be warned, it’s a good 20 minute walk away, something we weren’t really aware of before. This is definitely worth baring in mind when you book your return journey as you do have to specify a time. I think a lot of people just stay on the train though and go straight back to Sheringham. 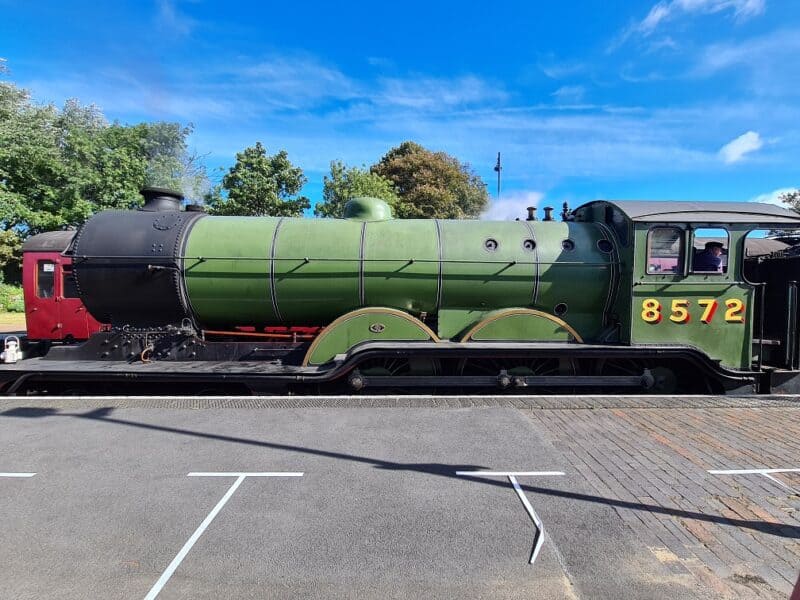 Although the journey is expensive, we had a really good time and Erin absolutely loved it. Being able to go on something so different, to do something new and exciting, was just what we all needed. North Norfolk Railway also host various other trips such as cream tea trains or fish and chip trains (different fares) and there is normally a great 1940s day but this was cancelled this year.

Not only was the journey amazing but the ticket office, stations and staff are all amazing too. The details are wonderful and it’s really like stepping back in time. 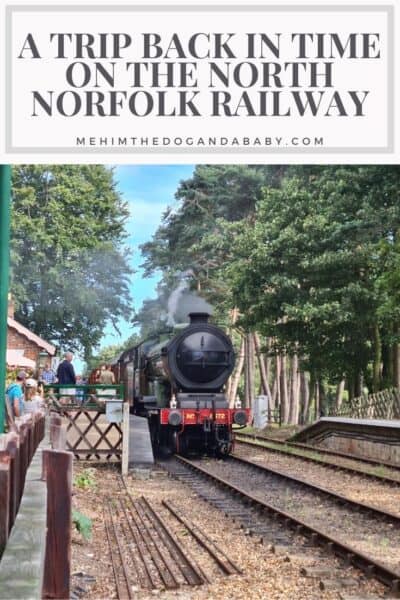