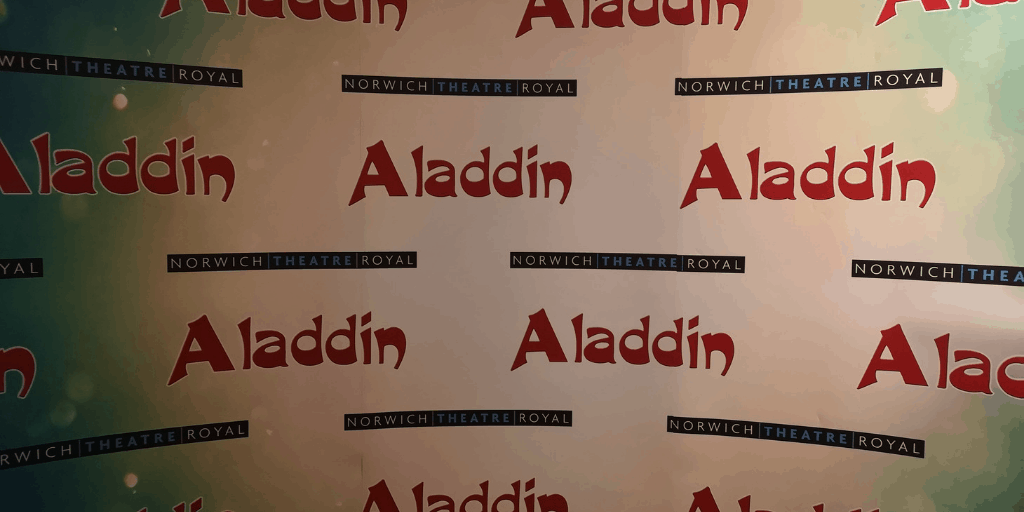 AD – We received complimentary tickets for the purpose of this post. All opinions are our own.

I honestly couldn’t tell you the last time I went to see a panto over Christmas. We used to go every single year as a family when I was growing up and I loved the tradition. Since moving away from home and generally just being busy with life I haven’t had to chance to go again but this year I was invited by Norwich Theatre Royal to watch this year’s panto Aladdin!

Unfortunately, when I see the casts of some pantos sometimes I have no idea who anyone is! That wasn’t the case with Aladdin though. Kiera-Nicole Brennan plays the Genie and I already knew her from Milkshake (Erin is a big fan) and Steven Roberts plays Aladdin who I know from his days in Hollyoaks. I have to say that I was quite excited to see a woman playing the Genie and Aladdin is one of my favourites so I couldn’t wait to see the show.

The whole theatre had a buzz about it as I sat down ready for the show to start at 7:30. Once that curtain came up the crowd gave a cheer and a roar like I’ve never heard before. Adults and children alike were showing their excitement and a word hadn’t even been said. 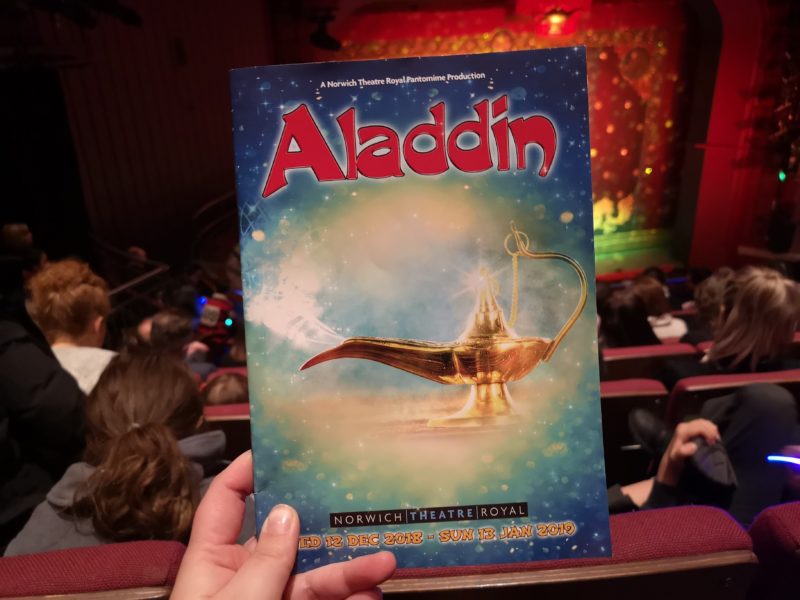 This year, Aladdin follows Rik Makarem as Abanazar who is desperate to get inside a cave to steal the magic lamp. Only the panda King can enter though so he heads off to Nodgekin to find him. Here we meet sweet and geeky Aladdin, his brother Wishee Washee (Ben Langley) and mother Widow Twankey (Richard Gauntlett) along with Princess Willow (Anna Hannides).

There wasn’t a moment where my eyes weren’t glued to the stage or I wasn’t howling with laughter. Langley and Gauntlett are an extremely special pair and the laughs come thick and fast. Some of their scenes must have taken a long time to learn and Aladdin really shows off both of their skills. Things might not have gone entirely to plan at times but these two bounced off of each other so well and they made it work no matter what.

Audience participation is a must when watching a panto and even though I went on my own, I joined in with the booing and hissing for Abanazar, the cheers for Wishee Washee’s gang and singing along with the songs. Aladdin is full of well-known songs from the likes of Katy Perry, Miley Cyrus and The Greatest Showman which makes them easy to sing along to. The cast did a wonderful job of being clear and expressive through each song. 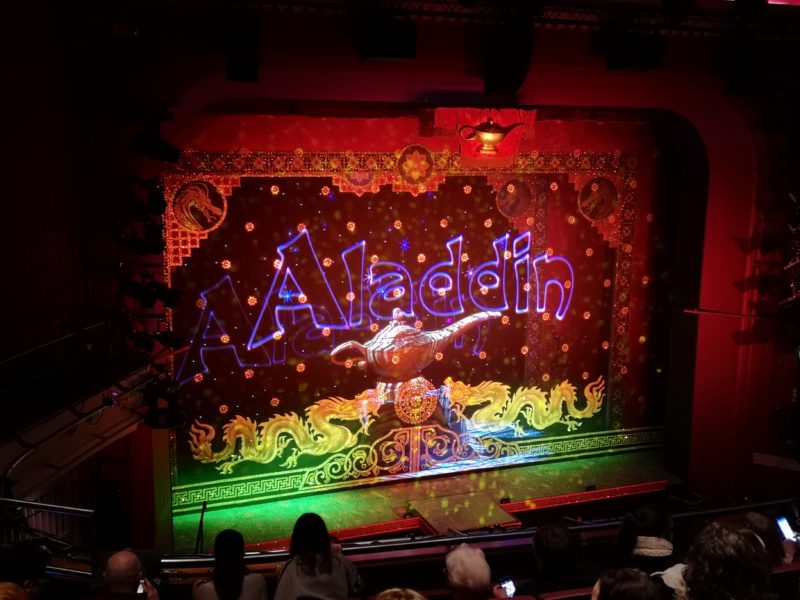 There are two special stars of the show that I think deserve a mention. First up is the girl who plays the tiny panda Yum-Yum. I cannot even begin to express just how adorable she was and how much of a good job she did. Secondly, this year audience participation comes from an adult and on the press night that I attended this was someone called Matt. He was called up on stage to play a washing machine repair man and be was such a good sport and did a wonderful job!

Aladdin really does have something for everyone and it’s a real family show. I can honestly say that I loved every single second of Aladdin. I left the theatre having laughed so much that I cried and I can’t remember the last time I had so much fun at the theatre. This year’s Aladdin has made me remember why I love the panto so much and I can’t wait to start going as a family every year.

Aladdin is on until Sun 13 January 2019 so you still have time to get tickets: ntr.org.uk/Aladdin 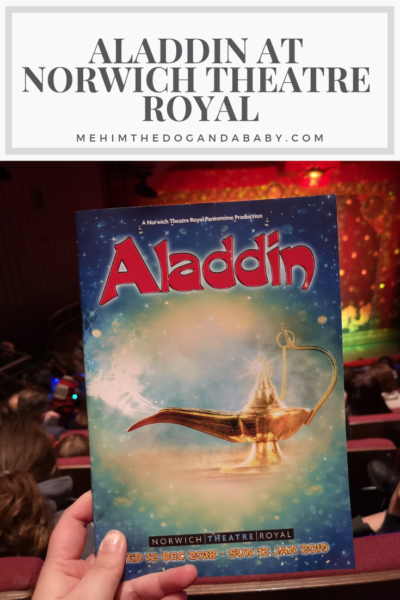