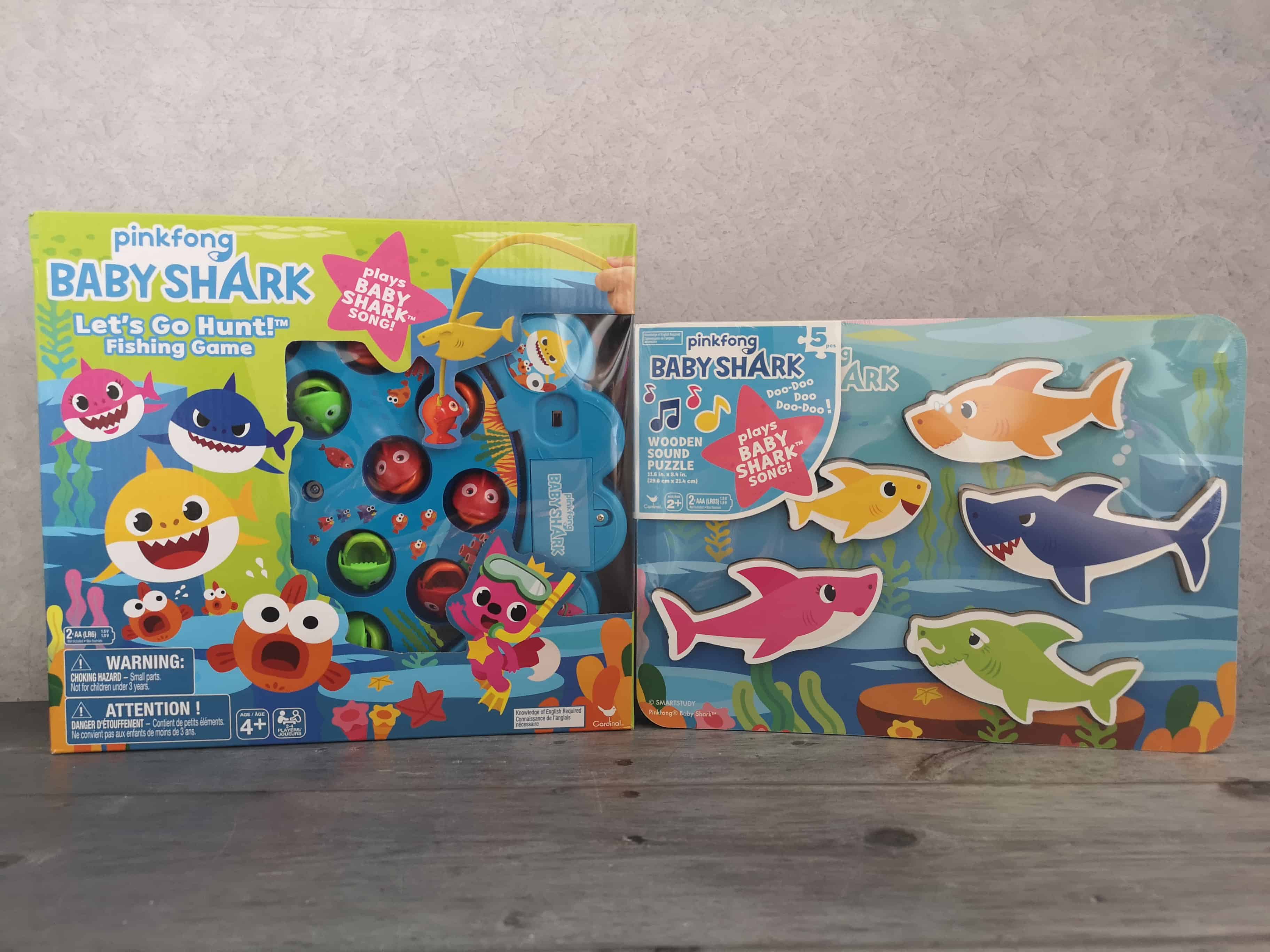 Before Baby Shark had become as popular as it is now I remember Erin watching it very early on. It was one of the first things we found that she liked on YouTube when we first started to let her watch some videos. She watched it over and over and over again, just like the millions of other children have done now around the world. We’re some time on now from watching the song for the very first time but Erin still loves Baby Shark!

One of Erin’s favourite games to play at home is a magnetic fishing game that my sister bought her the other year. As soon as I saw the Baby Shark Let’s Go Hunt Fishing Game I knew that it would be something that Erin would really enjoy. This game is suitable for children 4+ and for 2-4 players however, I’m sure Erin wouldn’t mind playing it on her own as well. 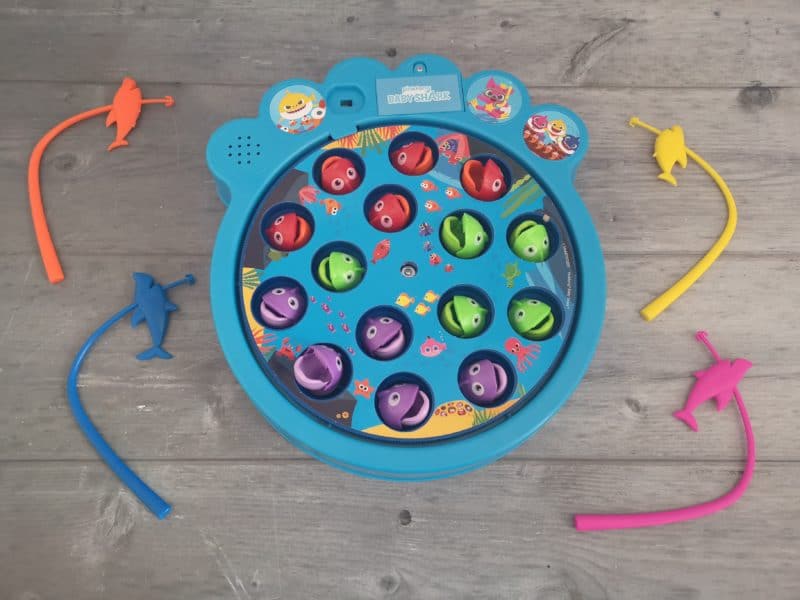 The game comes with a board that is filled with fish as well as 4 fishing poles to play with and it requires 2x AA batteries to work. As soon as the game is turned on the board begins to spin around slowly, playing the Baby Shark song as it goes. The fish will open their mouths as the board goes round giving you the opportunity to catch them with the fishing pole. 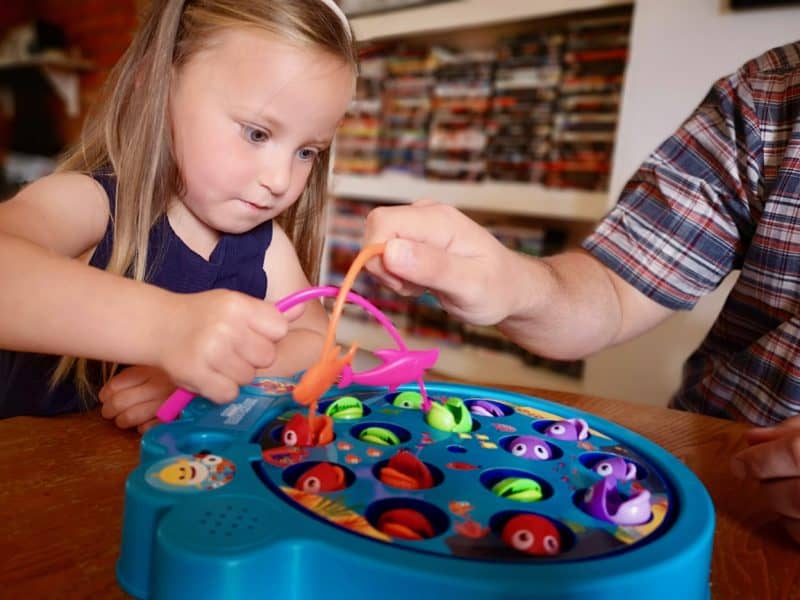 Although the board moves quite slowly Erin did struggle a little bit however, she’s just under the recommended age for this toy. There is a pattern to how the fish operate but Erin is too young to figure this out. She waited so patiently to be able to catch one and got so excited when she finally did. The fish have sharp little teeth and this is the easier place to hook them so after I showed her it all became a bit easier for her. 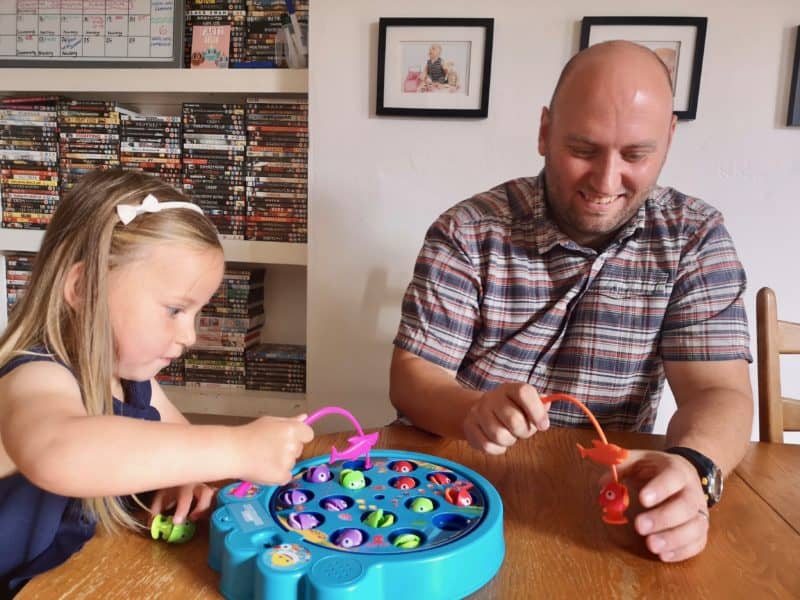 Although Erin found this game a little bit tricky to start with she absolutely loves it now and asks to play it daily. Be prepared to have the Baby Shark song stuck in your head constantly because there’s no off switch for the sound and it plays the whole time the game is turned on! I actually don’t mind this too much though because Erin has so much fun playing it.

Along with Let’s Go Hunt we also received a wooden puzzle which is suitable for children aged 2+. This puzzle requires 2x AAA batteries but they don’t come included. 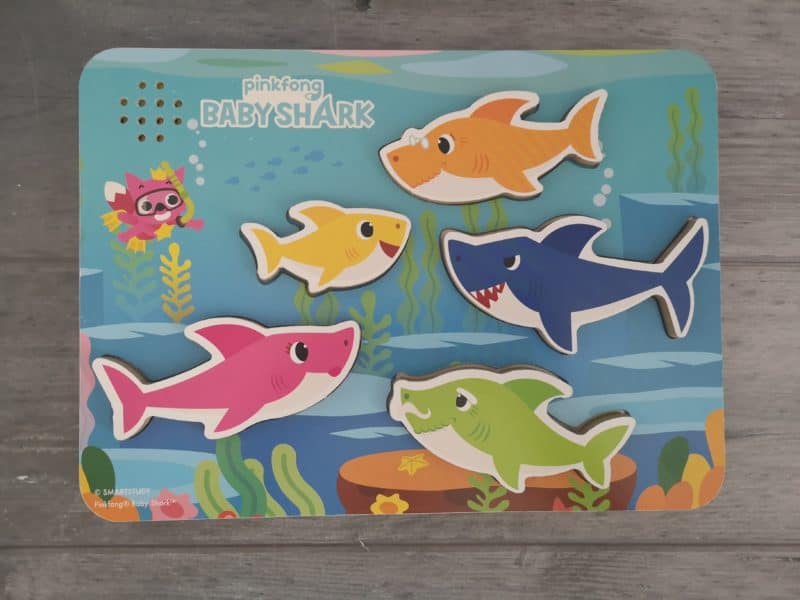 This is quite a simple puzzle but designed well for the age it’s aimed at. The main board has spaces for the 5 shark shapes and when taken out, the pictures are still shown underneath so children are easily able to see which piece goes where. The puzzle pieces are really nice and chunky which is ideal for children aged around 2 as they’ll be able to pick them up easily. 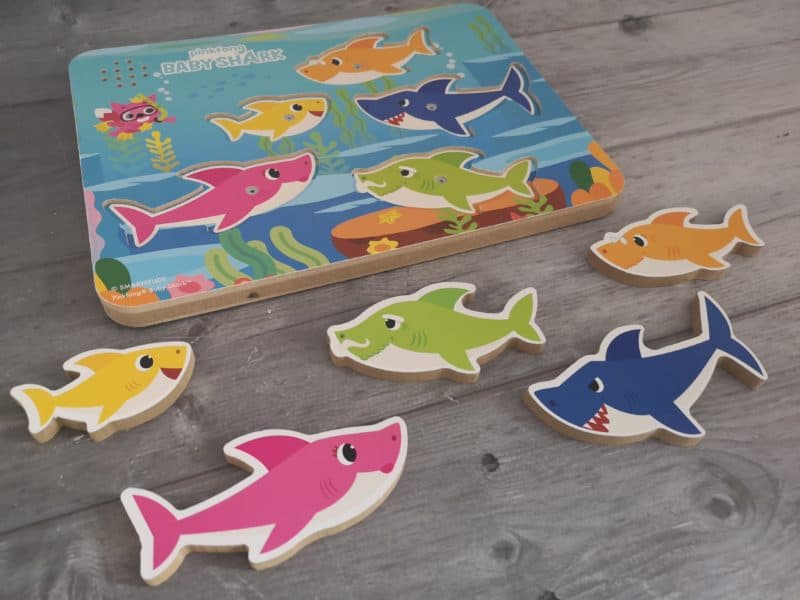 Not only are the shark pieces a lovely size but they are also really brightly coloured. When the pieces are put back into their spots the puzzle plays the song corresponding to that character e.g. Mummy Shark or Daddy Shark. The song aspect is a really nice addition to what would otherwise be quite a simple puzzle.

Enter below to be in with a chance of winning the Baby Shark Let’s Go Hunt Fishing Game. Giveaway open to UK entrants only and ends on 31st July at 23:59. 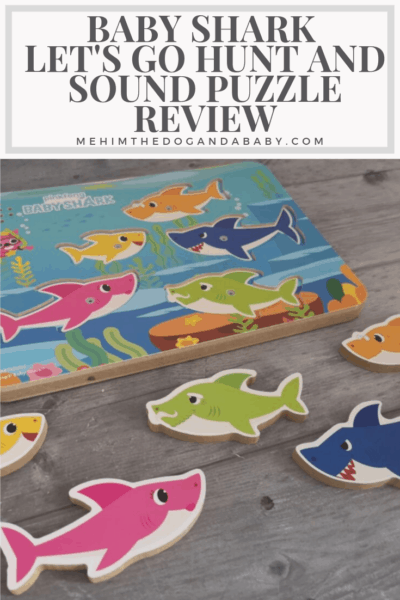