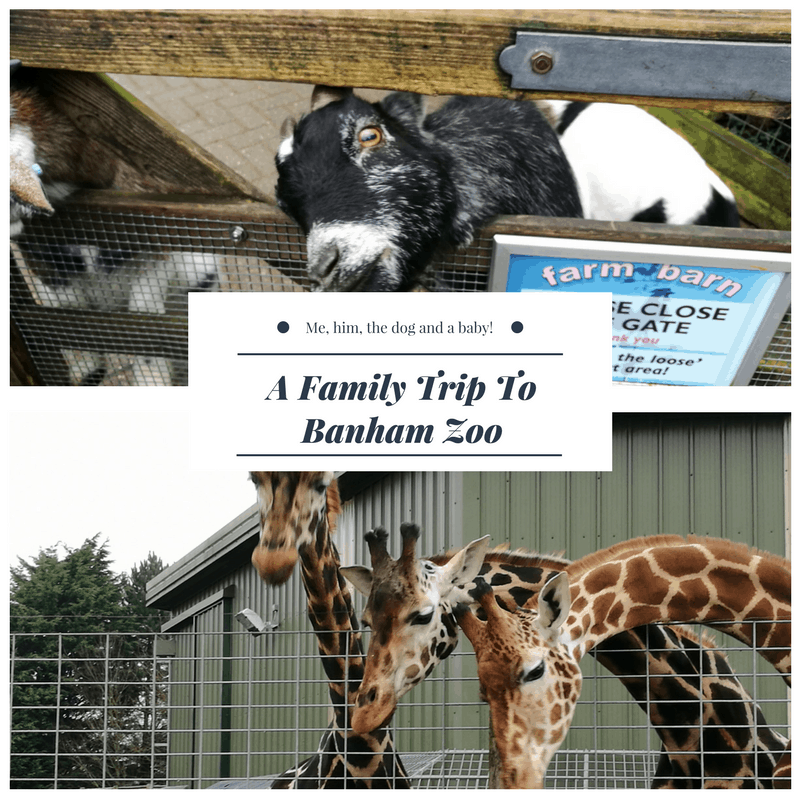 Last Saturday lunchtime my sister sent a message asking if we were free that night or Sunday. Her and her boyfriend hired a car for the weekend and wondered if they could come and stay. Of course, the answer was yes. I said I’d find us something to do on Sunday and we decided on Banham Zoo. John and I don’t drive so getting places like this is normally impossible for us.

Banham Zoo is about an hour away from where we live so the drive there wasn’t too bad at all. Erin isn’t really used to being in a car seat but she did amazingly well and even had a little nap before we got there. We visited on a pretty dreary Sunday so when we arrived the zoo was pretty quiet. Tickets aren’t overly expensive at £15.95 (includes donation) for adults under 3s are free. (Prices correct until March 31st 2017) The zoo opens at 9:30 every day except Christmas Day but closing times vary depending on the season.

Now, looking at the map, Banham Zoo isn’t the biggest in the world but that’s a good thing in my eyes. Erin is only 1 so she doesn’t have the concentration for somewhere like London Zoo yet. As you can see from the picture above, we started having fun as soon as we got to the zoo. These picture props are all over the zoo!

For a smaller zoo, there is a surprisingly good selection of animals to see. Each section we visited was really interesting and most of the animals were out! I thought a lot of them would hide away because it was miserable but I guess they didn’t care. Each of the enclosures looked to be really well thought out and plenty big enough for the animals which is so important.

We managed to get to see one talk during our visit and that was about the giraffes, John’s favourite animals. Erin was AMAZED by them. We got her out of the pushchair so she could see better and she kept trying to get closer to them. 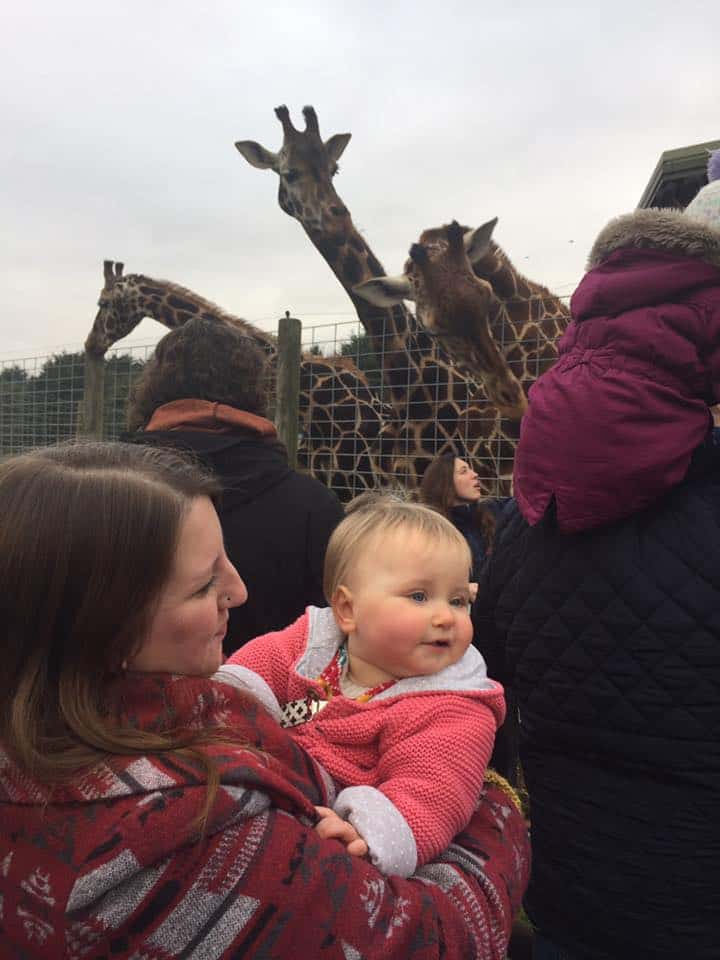 Our absolute favourite part of the zoo was the Farm Barn. This area had sheep, donkeys, rats, rabbits, goats, llamas and pigs. There is a strange gate system to get into the area and this meant goats escaping everywhere. There are warnings but we were not quick enough. Trying to herd them back together was hilarious but my sister got butted a few times in the process. Here, you could buy food for the goats and llamas which is what made them all a bit crazy. 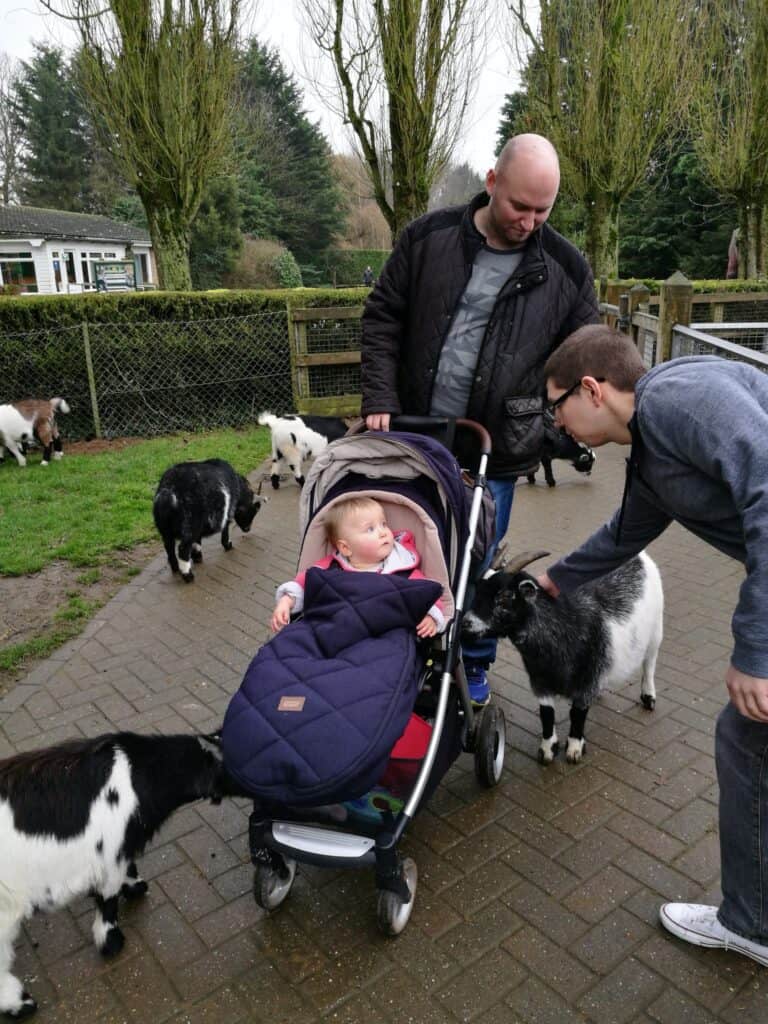 We also learned that Erin could apparently talk to goats. Every time they made their little noises, she would do it straight back. Clever girl!

I won’t go into detail about every animal but here are some extra pictures. 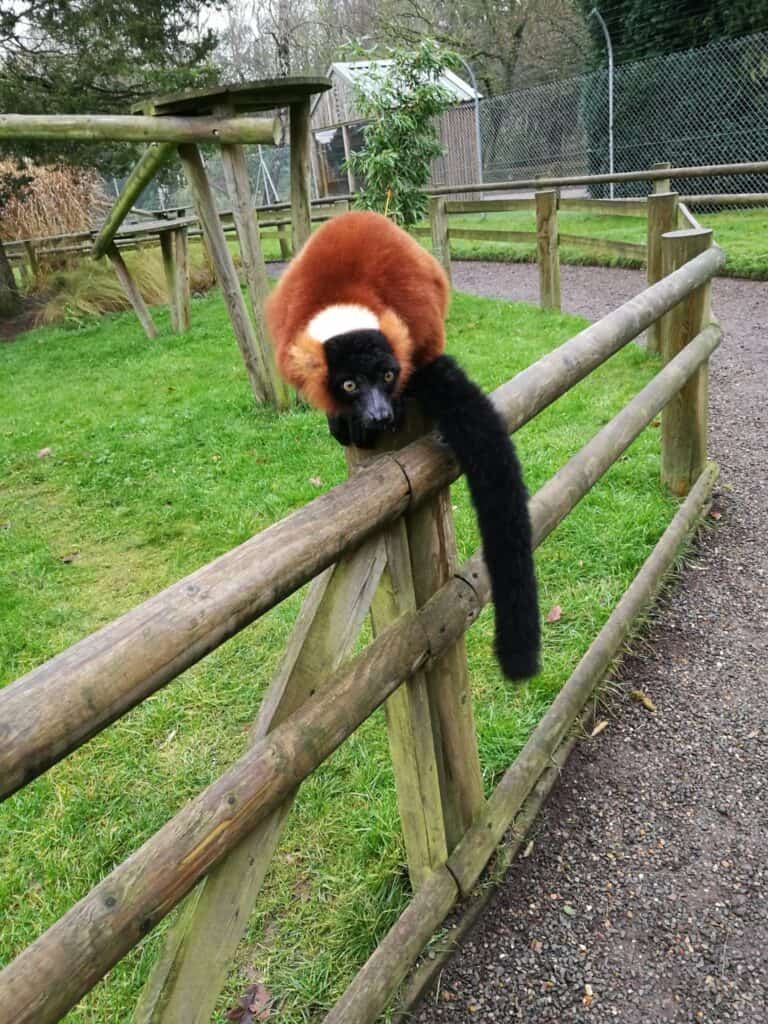 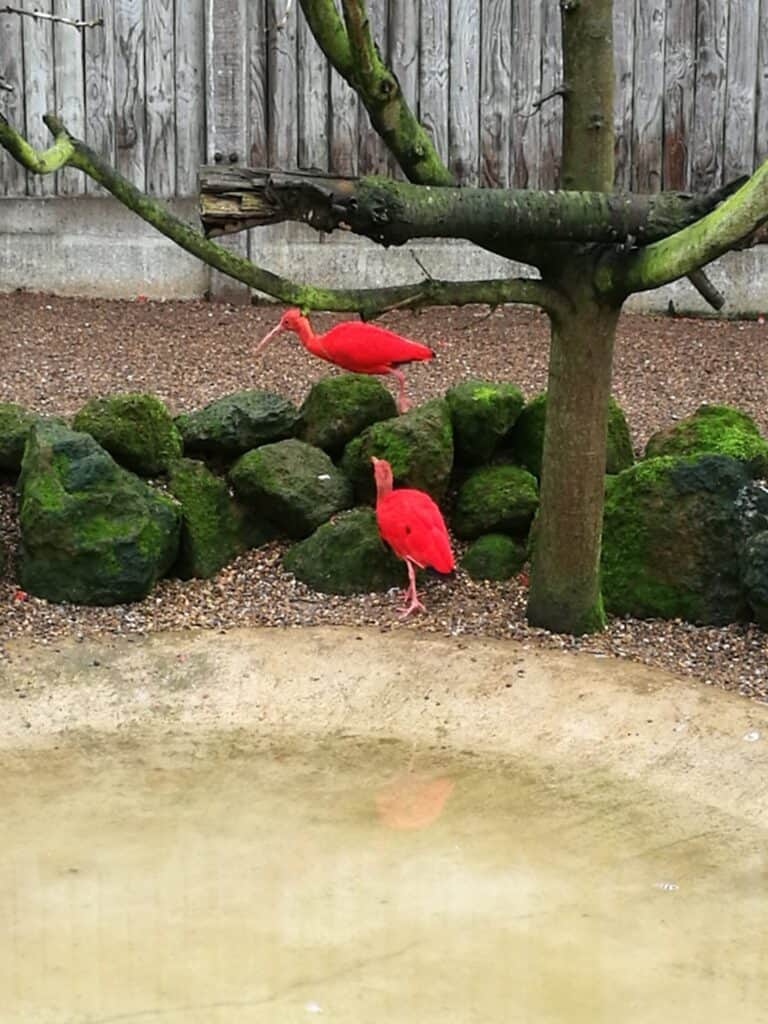 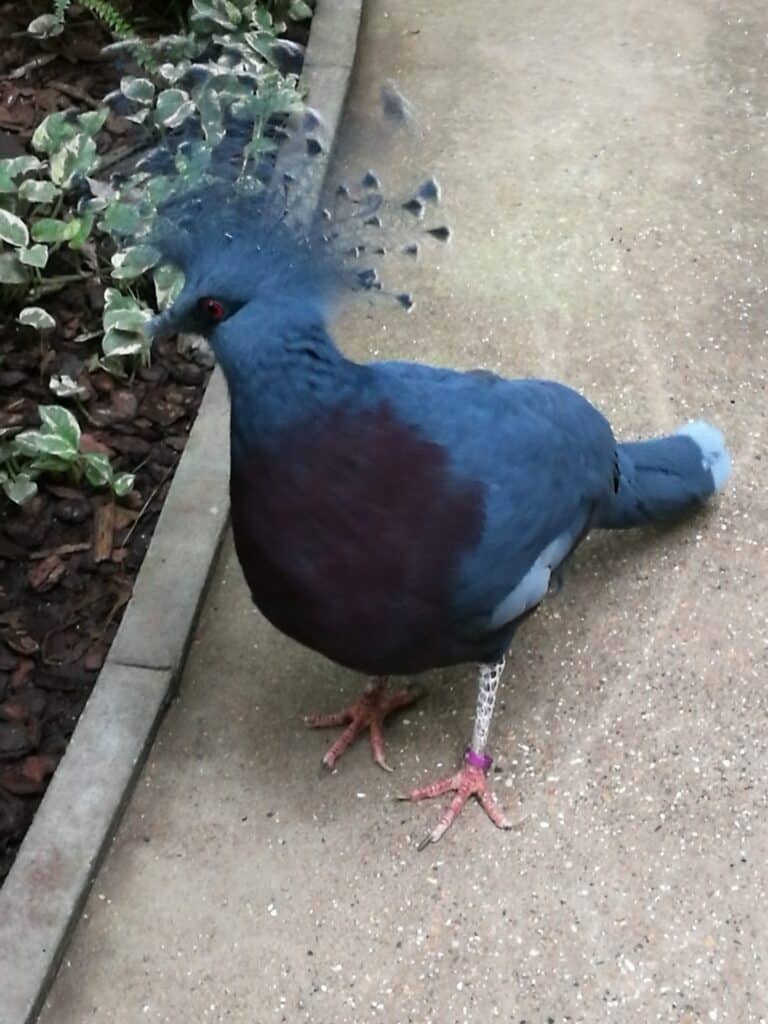 In the middle of our visit we went to the Parrot Pavilion cafe for lunch. It was actually the only place open for food. There are a few outdoor stalls but I guess they’re only open during the main season. The menu is pretty much what you’d expect from a place like this. Most of the food is already cooked and served as you ask for it.

Children can choose from 5 cold items or a hot meal (fish fingers, sausage, veg bites, jacket potato or pasta) with a drink and dessert for £5.95.

Adult meals vary but there are options like fish finger sandwiches, chicken curry, beef lasagne, beef chilli and pasta (roughly £5-£7 a meal) or sandwiches are also available. Now, you’ll notice something missing here. There are no vegetarian or vegan options apart from a jacket potato or a portion of chips. There is a gluten free menu but nothing on there is vegan. You also have to wait 15 minutes for anything from this menu to be cooked. This obviously means that you cannot eat at the same time as the rest of the group.

The food, honestly, was terrible. We paid about £20 for a chicken curry, chips and beans and a children’s fish fingers. My sister had a fish finger sandwich, her boyfriend a curry and a drink for about the same price. My sister could not even eat her food. The chips were so greasy and the fish fingers were black inside. Having worked in a similar kind of place (soft play) I know that you don’t have to use the absolute cheapest of ingredients to make money, especially when you get as much footfall as you do in a zoo. Erin, who normally loves fish finger and chips wouldn’t eat hers either and she’s not that fussy. 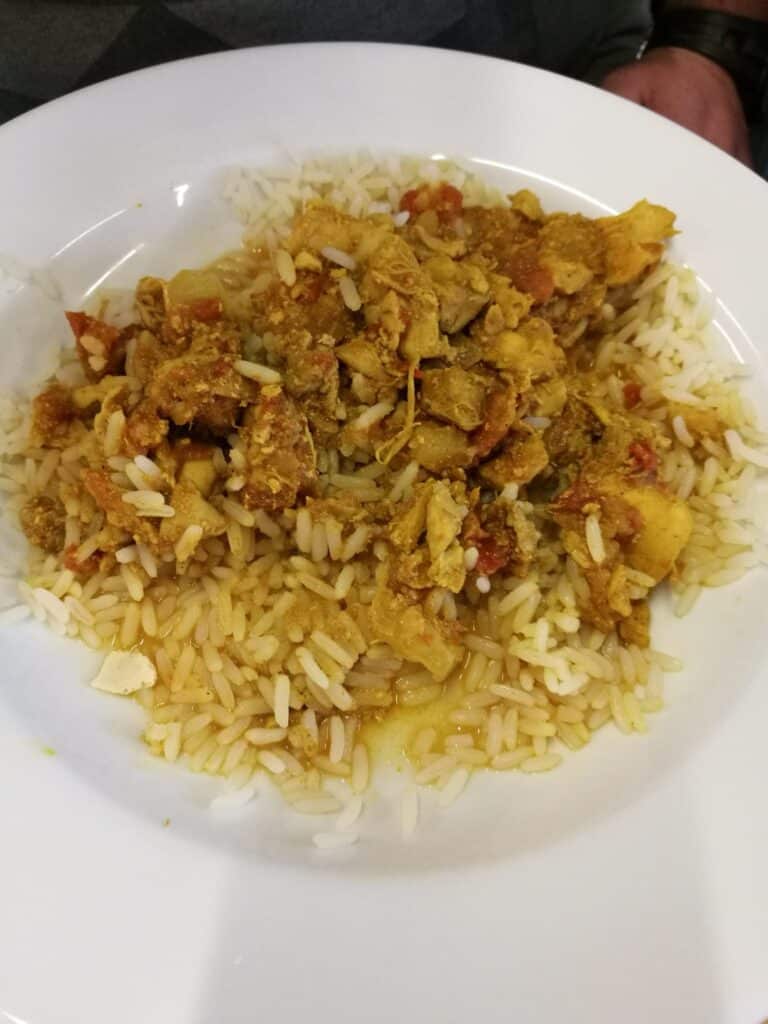 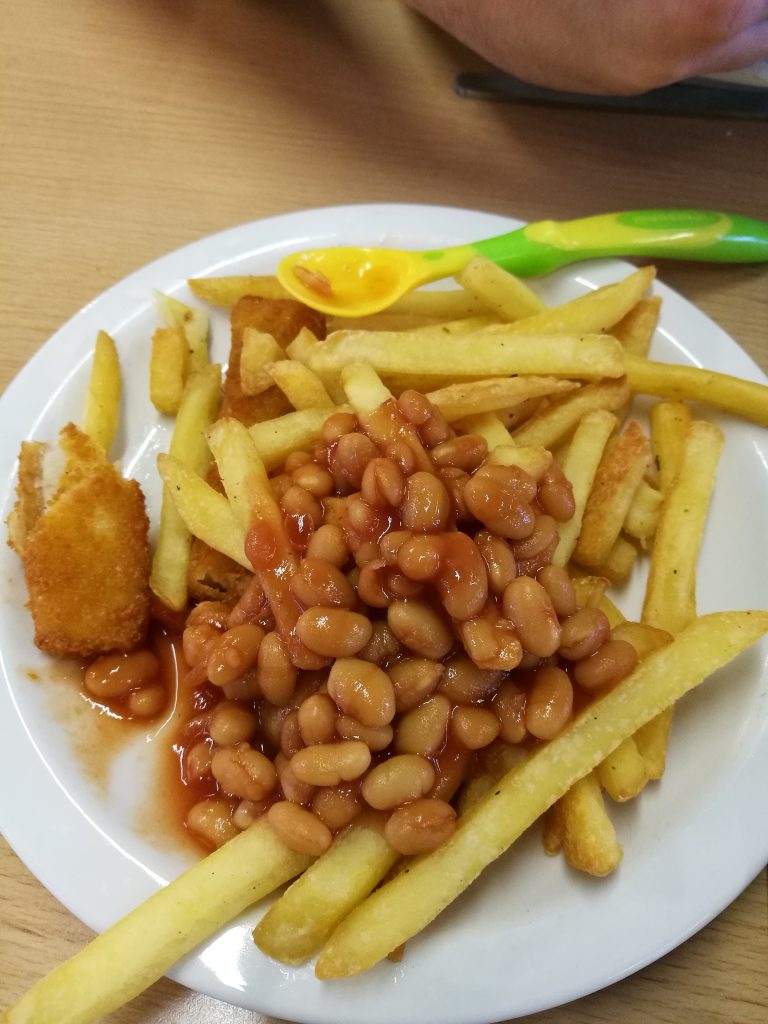 If we were to have another visit here, there is not a chance that I would eat here again.

We were at the zoo for about 4 and a half hours so the entrance fee was well worth the visit. We all had an amazing day and even Erin stayed awake the whole time. I’m sure we had more fun that she did! 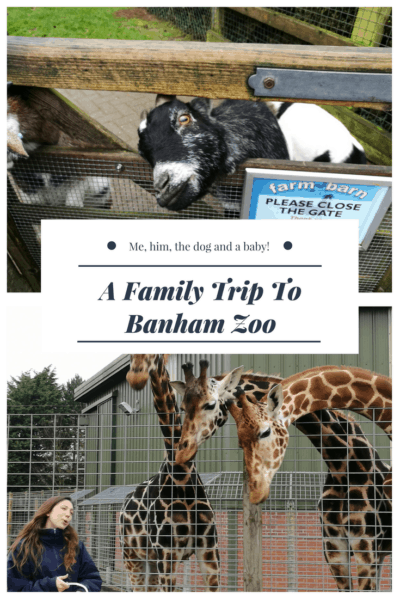 15 thoughts on “A Family Trip To Banham Zoo”