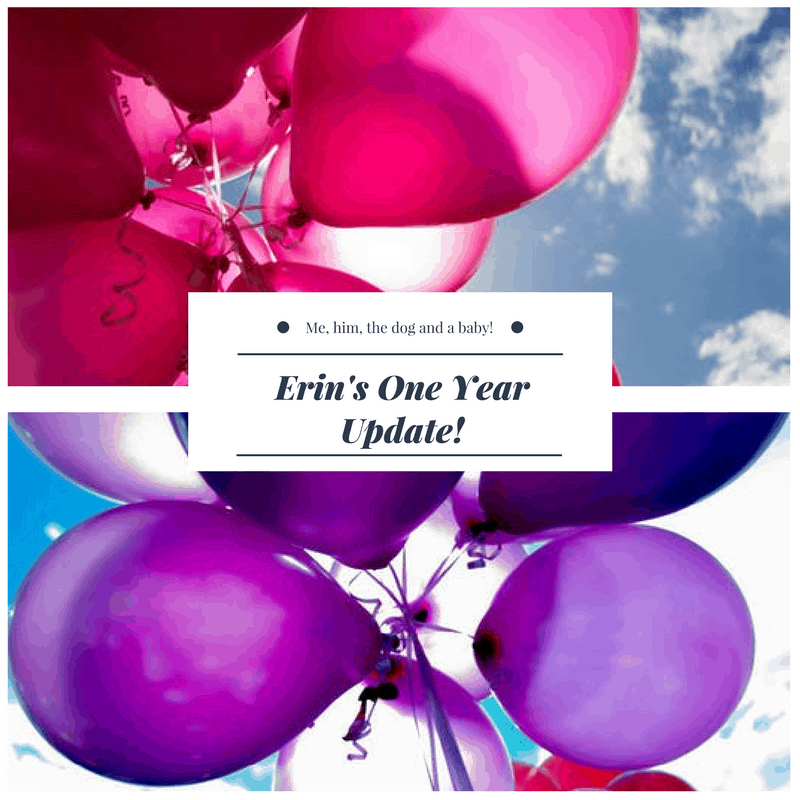 It was Erin’s birthday a week ago and I realised that I haven’t done an update about her for quite some time now. She’s one so I feel like there’s a lot she can do now that she couldn’t before. 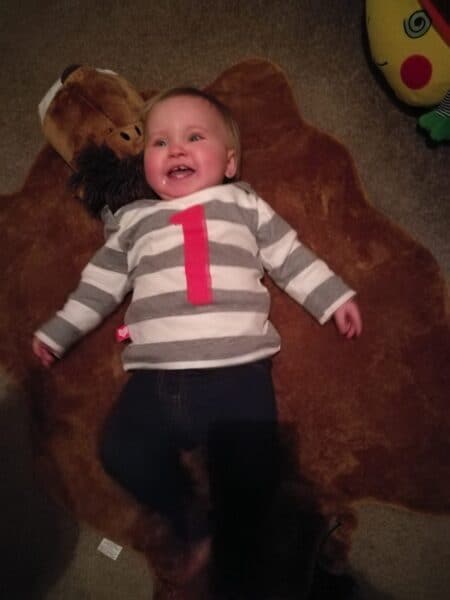 Over the past month or so Erin has decided that she can move around in loads of different ways. I honestly thought that Erin would skip crawling. She doesn’t crawl properly but she does this strange kind of zombie crawl, with one leg underneath her. She has also taken her first steps recently and does a couple every day on her own. She can also walk the whole length of the house by holding on to furniture. Just this past week or so, Erin has tried to run a few times. It hasn’t ended well.

Erin said Mama and Dada quite some months ago now. She hasn’t really picked up anything else though. She can say hi though now when she feels like it! I talk and sing to her so much so I hope she picks up a few little bits soon.

Erin started weaning at four months old so she’s been at this eating thing for quite some time now. We started off with purees but now we do a good mixture of shop bought, homemade and finger foods. Erin really has to be in the mood for certain things though. If she wants to eat from a spoon, there is no way she will eat finger food.

Erin is really showing her personality now. She is such a cheeky little girl and she does have both John and I wrapped around her little finger. She shows cheeky grins when she does something or wants something in particular. She has the cutest giggle in the world and gives the biggest smile when she sees me in the morning.

Unfortunately, Erin is sort of not sleeping again. She gets ill at some point and then is unable to sleep through for months. We’ve made her bedtime later now, 8pm, but she still wakes up at 4 or 5am. It’s like she hates her cot. A lot of times she’s stood up in there acting like it’s a prison. If she gets in our bed with us she sleeps all night and even sleeps later. I don’t know if she’d be better off in a toddler bed or not soon but I still feel like she’s too young for it. I don’t know what to do about this!

Did you have any similarities when your little one turned one? 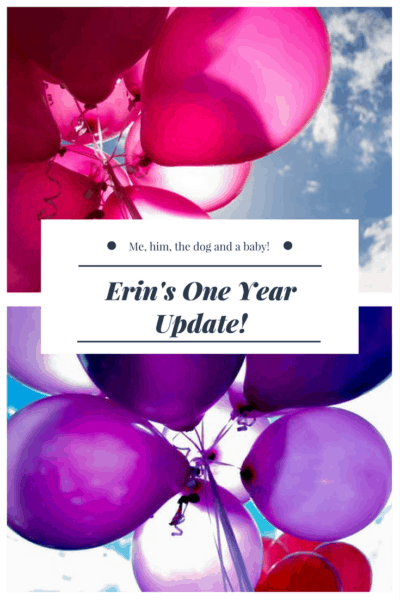