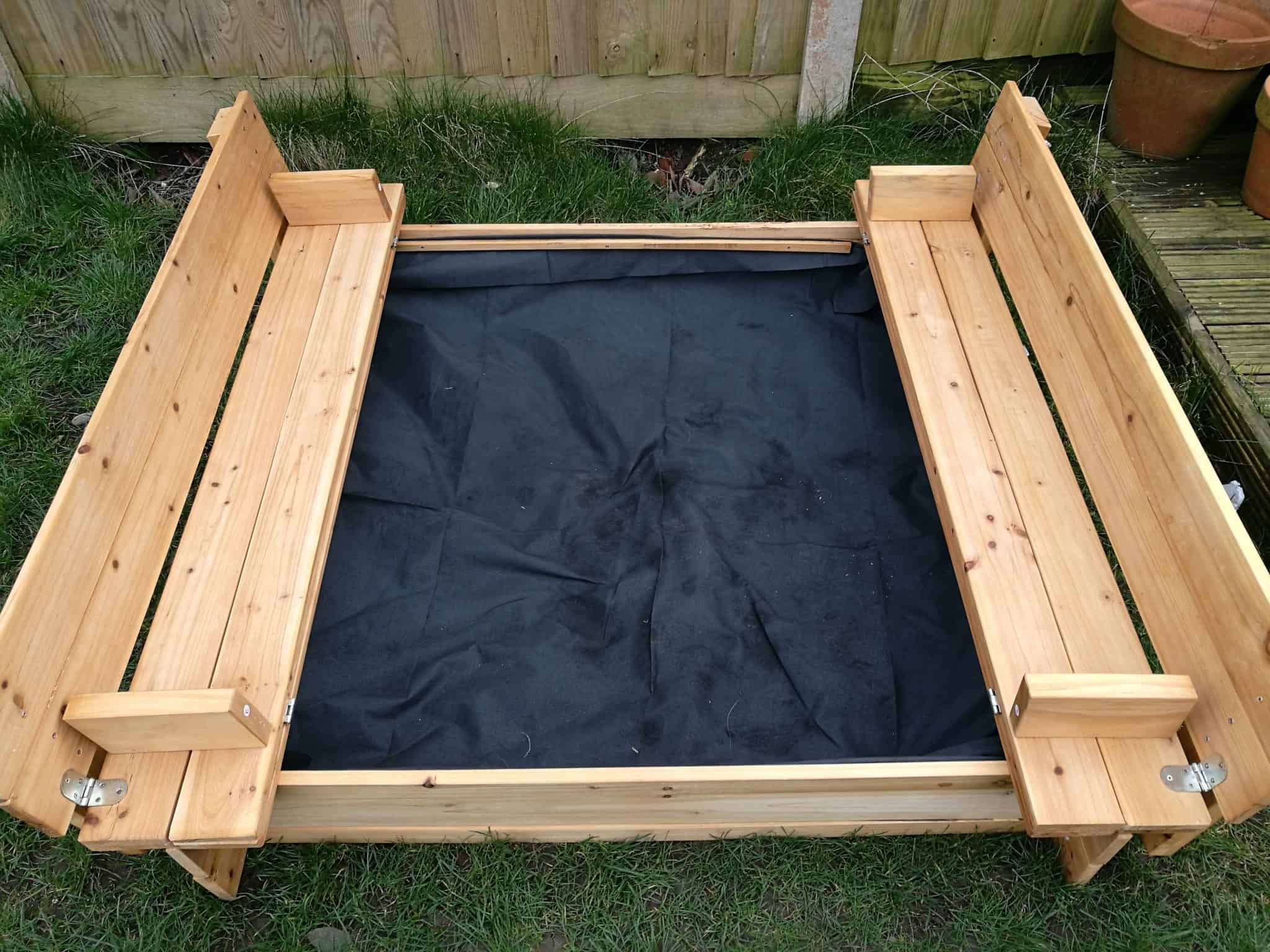 With spring just around the corner we have been trying to get in the mood for some nice weather. We’ve been spring cleaning and getting the garden ready. Last year Erin wasn’t walking so barely even went out in the garden. This year is completely different. She loves exploring and running around. We’ve recently been trying out a sandpit from Big Game Hunters.

Ordering from Big Game Hunters was really easy and I loved how easy the website was to navigate. Products are clearly set out in different sections so you can easily find what you need. Delivery is also super quick which is amazing. If you place an order before 12pm then it is dispatched the very same day. Orders under £150 have a £4.95 delivery charge which, considering the size of some items, isn’t bad at all.

Big Game Hunters have got a really good range of sandpits so picking one took quite some time. In the end, we went for the Square Wooden Sandpit which costs £89.99. The reason we chose this one was because the lid turns into seats!

When the sandpit arrived with UK Mail it came very well packaged and all pieces included. The sandpit comes with all fixtures and, as described on the website, ‘extensive instructions’. Unfortunately, it soon becomes clear that the instructions are far from extensive. In fact, they’re super confusing.

Update: Big Game Hunters have advised me that we unfortunately received an old copy of the instructions. They do now have updated instructions which are clearer and more detailed.

As we unpacked the components, we also realised that some were labeled and some were not. This obviously doesn’t make building something very easy. We had to guess and hope that some bits went together. After you manage to get all of the pieces sorted out you need a big space to put this together. The sandpit is 1.2m square so it’s pretty big. We built ours in our dining room at 10pm so we couldn’t do it outside. We really should have but we had to do it while Erin was in bed. 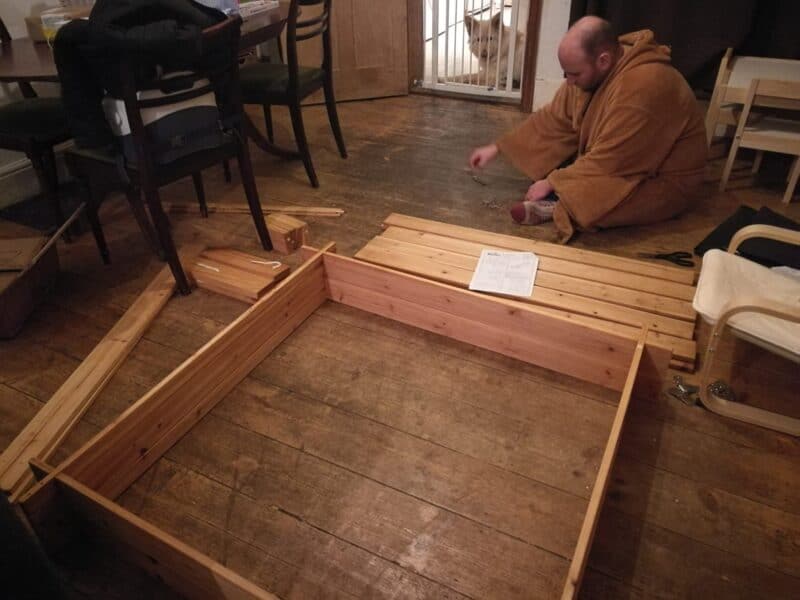 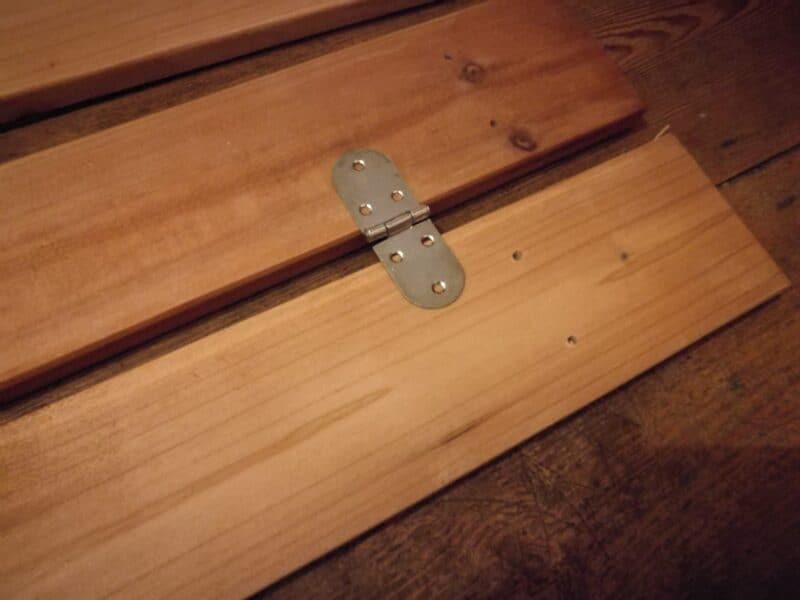 As I said before, the instructions really are not very clear and we ended up putting the lid/ seats on back to front and upside down! The sandpit was supposed to take 2 hours to build between 2 people. It took us 4 hours as we had to completely re-do bits over and over again until we figured out how they should be. Clearer pictures and a bit more of a written explanation could have solved this confusion easily. 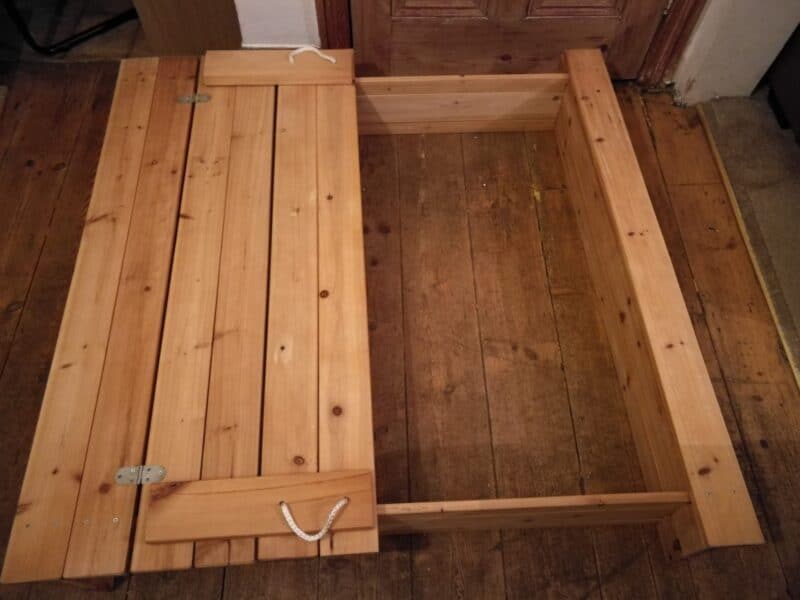 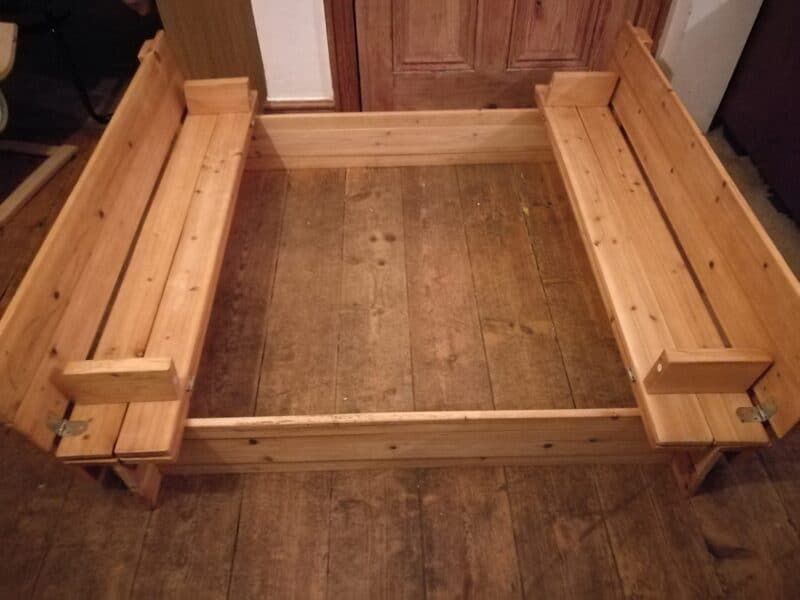 So, 4 hours later this is what we ended up with. Some of it was a bit wonky. Some bits had a couple of extra holes in places but it was a really nice looking sandpit! 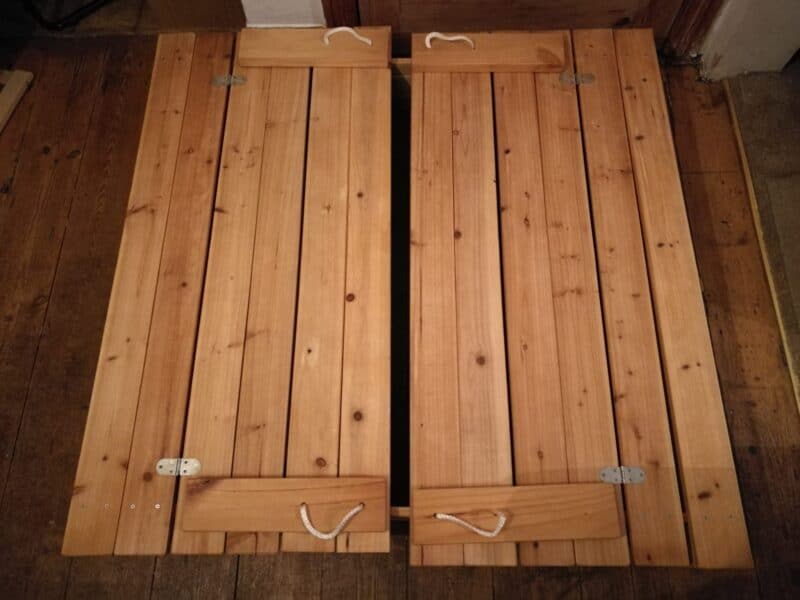 When we took the sandpit outside we had to attach the geo-textile underlay cover to the inside. This makes it so the sand isn’t touching the grass so it doesn’t get muddy or too damp from the ground. The instructions don’t mention this bit at all though so it’s a bit of guess work. In order to attach the material, you have to screw in four pieces of wood, one on each side. We initially put these too high so the lid didn’t actually close. Obviously, we changed their position. 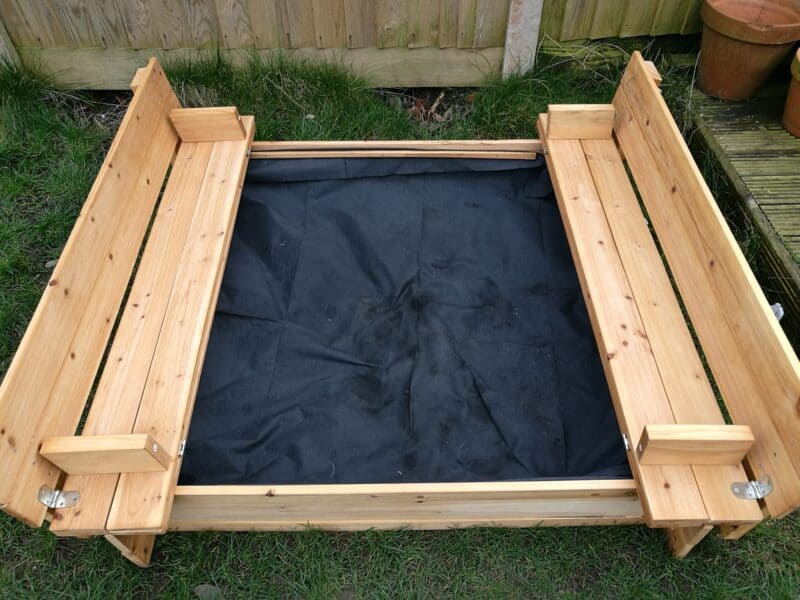 The sandpit doesn’t come with the sand needed to fill it so I ordered some from Argos. I bought 4 bags of 15kg sand with the hopes that it would be enough. I think I could do with another bag or 2 just to hide the black material inside but that’s just me being picky. Argos also had a deal on some toys so I got a sandpit set!
Erin hadn’t really played in sand too much before we got the sandpit but she took to it straight away! 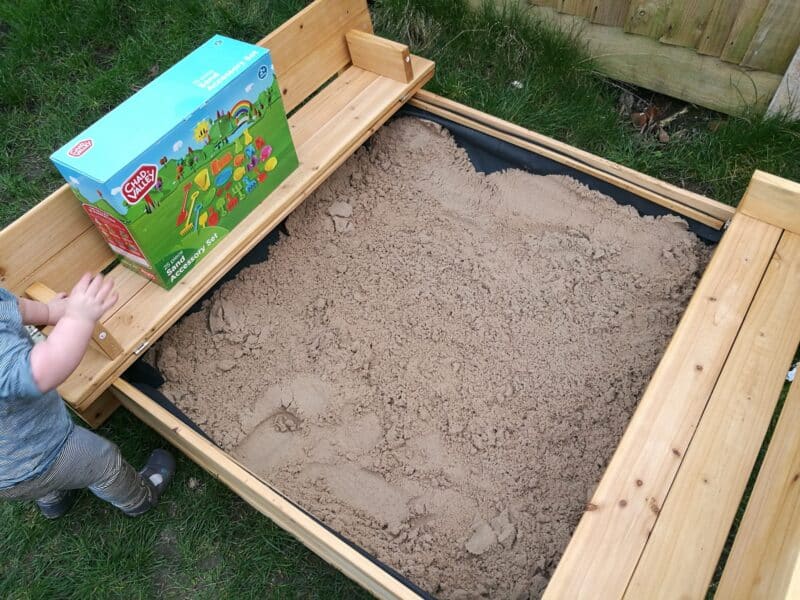 As you can see from earlier pictures, the sandpit does have gaps in the lid. This obviously isn’t weather-proof. Luckily, this sandpit does comes with a cover. A bit of advice though; it’s worth weighting it down somehow if the wind is really strong! Speaking of the lid, the rope handles make it easy to pull open and close again. It’s so easy that my dog has actually managed to do it himself. I was a bit shocked!! However, they don’t collapse when being used and they’re lovely and comfortable for Erin!

Overall, this is a fantastic sandpit. The wood is good quality and it’s already treated so there’s no need for you to do that. It’s a shame that it was so annoying to put together but I can overlook that really. Erin has already had so much fun so I know we’ll be getting a lot of use out of this.