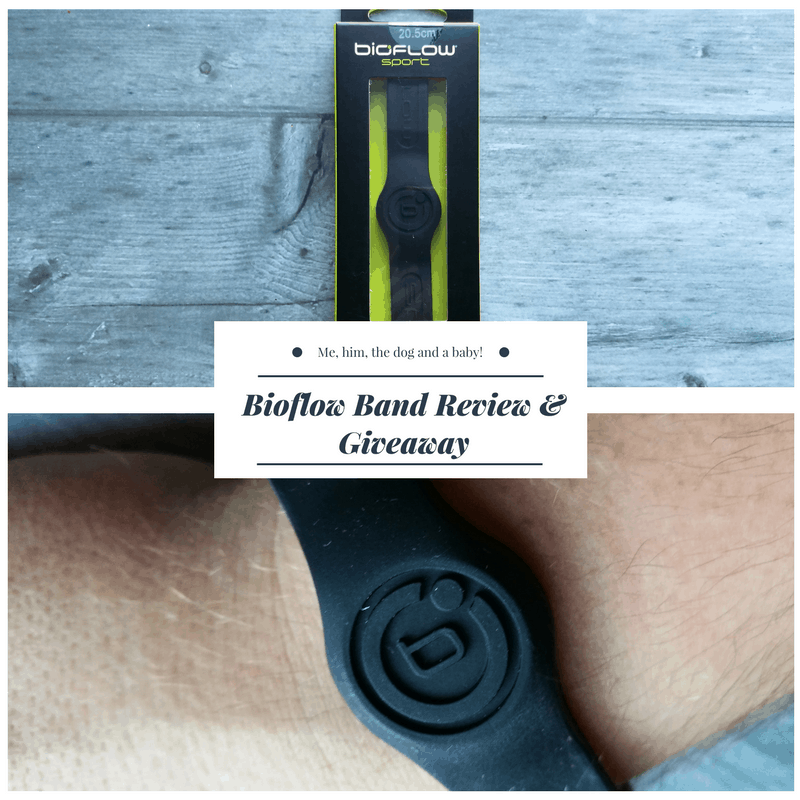 John quite regularly cycles to work and it’s a good 10 miles each way. He also sometimes runs on his lunch breaks. As I’m sure you can imagine, this puts strain on his body and sometimes his muscles scream at him. John is happy to try new things now and again if there is a chance it will help him and make this amount of exercise that little bit easier on him. When Bioflow got in touch to see if he would like to try one of their sport wristbands, we were both intrigued.

Bioflow explain that their magnetic therapy wristbands should ‘improve blood flow, help reduce inflammation and restore the body’s own natural pH levels by assisting the removal of free-radicals such as such as lactic acid and carbon dioxide.’ 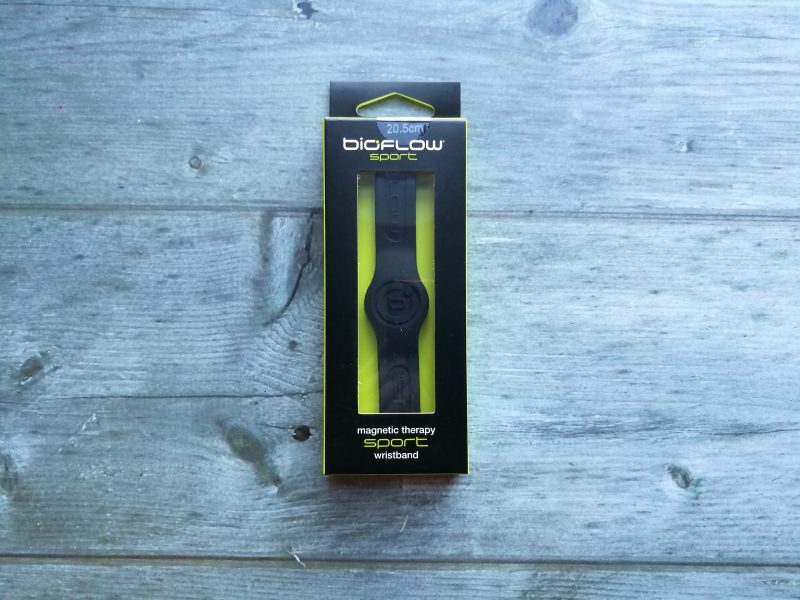 The wristband comes quite simply packaged but not much is needed. Inside the box you’ll find the wristband itself as well as a small card with some health recommendations and instructions for use. John received a black wristband but there are 7 different colour choices available and they’re also available in different sizes. 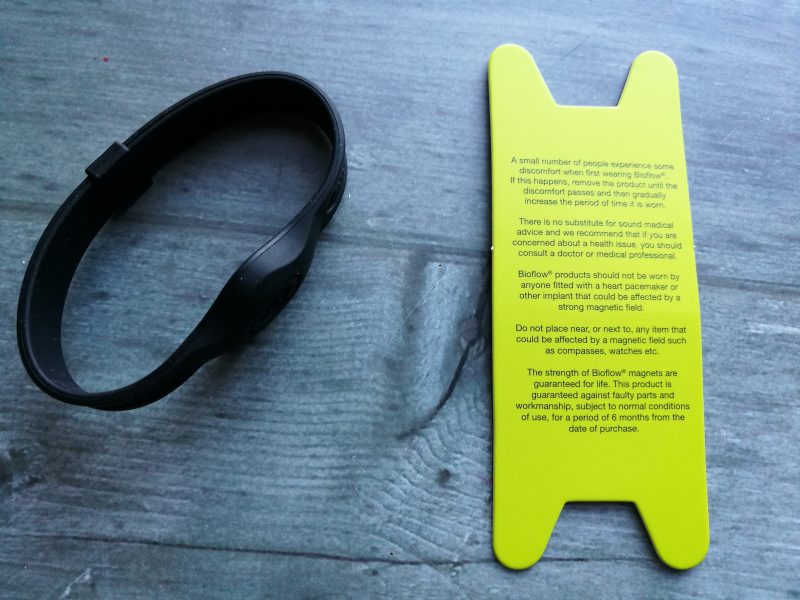 We were advised that the Bioflow Magnetic Therapy Band should be worn for a minimum for 4 weeks before really being able to see any results. John wears his on his right wrist as he wears his watch on the other. Watches can interfere with the band so it’s advised to wear it on a different wrist. John has said the band is pretty comfortable to wear and as it is made from silicone and there are no buckles, it doesn’t rub anywhere or irritate him. 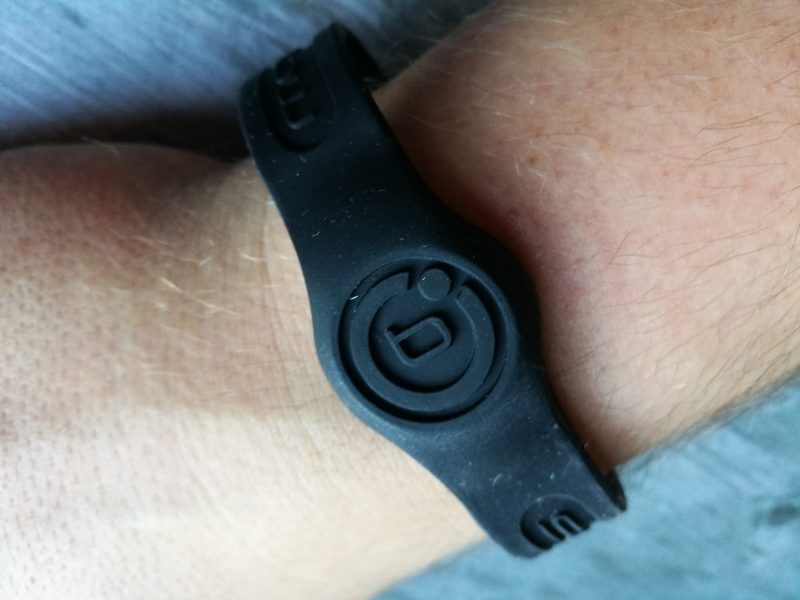 Does it work? We’re honestly not really sure. John didn’t see any real change in how he felt after working out, after cycling or just generally. Maybe John doesn’t need it enough. Maybe he doesn’t cycle enough to really see the impact the band could have. Maybe he just hasn’t been wearing it long enough. However, I have read quite a lot of reviews from people that say this does really help with things like arthritis. Just because it hasn’t worked super well for John, doesn’t mean it won’t for other people. John hasn’t stopped wearing his Bioflow Magnetic Therapy Band though because it does him no harm whatsoever. You never know, one day it might start working better for him!

With that in mind, we’re giving one reader the opportunity to win one for themselves! The giveaway is open to the UK only and ends on 2nd October 2017. 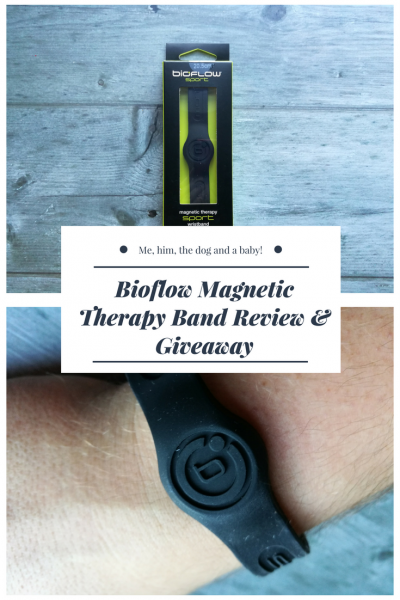