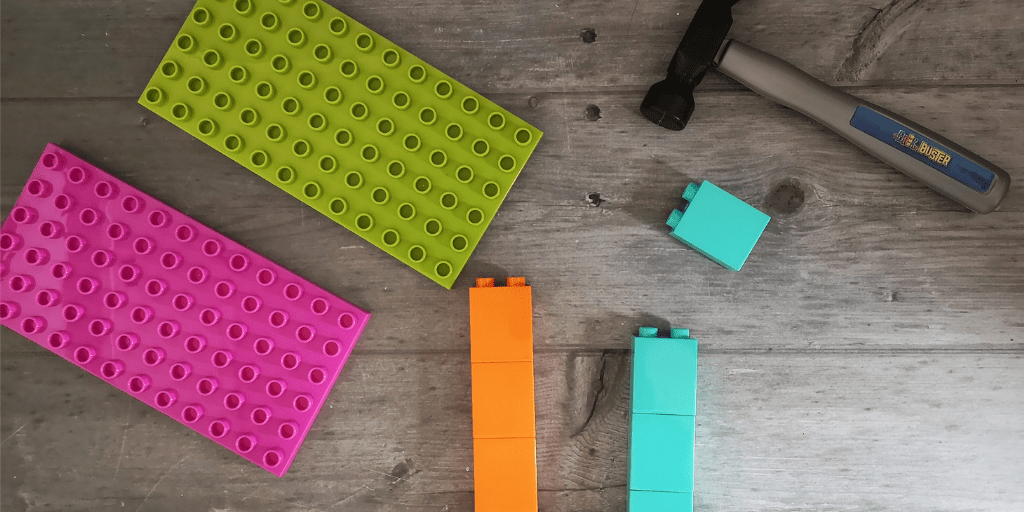 Disclaimer: We received this item free of charge. All opinions are our own.

Erin really likes to do a whole range of activities and she is always looking for something new and exciting to play. If ever I say I have something new for her she jumps up immediately and can’t wait to see what it is. As soon as I saw the Brik Buster Tower Toppling Game I thought of Erin. For as long as I can remember she has been building towers, letting someone else build a tower and then knocking it down as soon as she gets the chance. 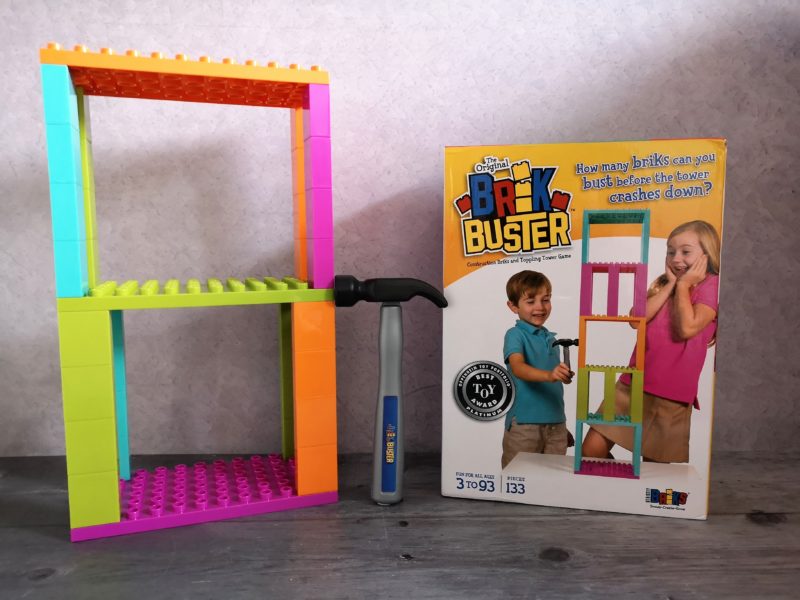 The Brik Buster Tower Toppling Game is aimed at children aged 3+ and it can be played with 2 or more players. The aim of the game is to use the platforms and bricks to build a tower between you and once you have used up all 133 pieces, the fun really begins. At this point, you take it in turns to knock down the pillars holding the tower up with the hammer provided. The person to knock the last pillar down before the whole thing collapses is the winner! 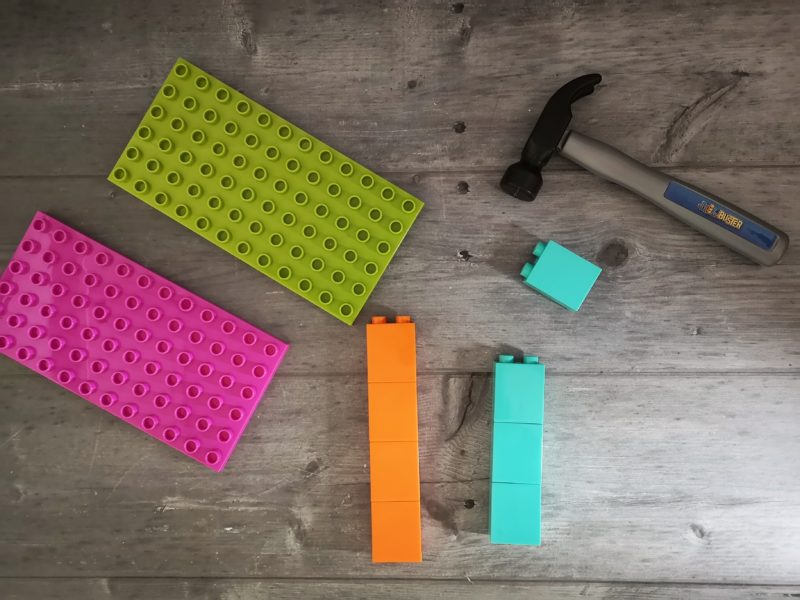 Although the Brik Buster Tower Toppling Game is designed to be played with in a particular way, there are so many other things that you can do with it. The platforms can be used with most major brands of bricks like Duplo and Lego so this is a great set if you already have some other products. The makers of this set, Strictly Briks, also sell a whole range of brick packs and platform bundles if you want to add to your collection. 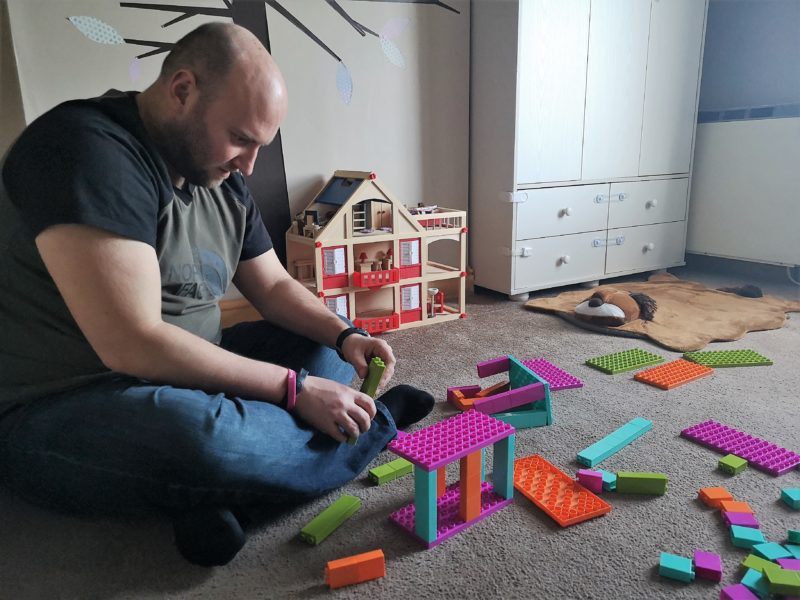 Trying to build the tower with Erin was not the easiest of tasks. She’s slightly impatient (no idea where she gets that from) and wanted everything done immediately. It took us quite some time to build a small tower and even then it was mostly because John got some of it put together quickly. We could have been there hours if Erin had carried on ‘helping’. 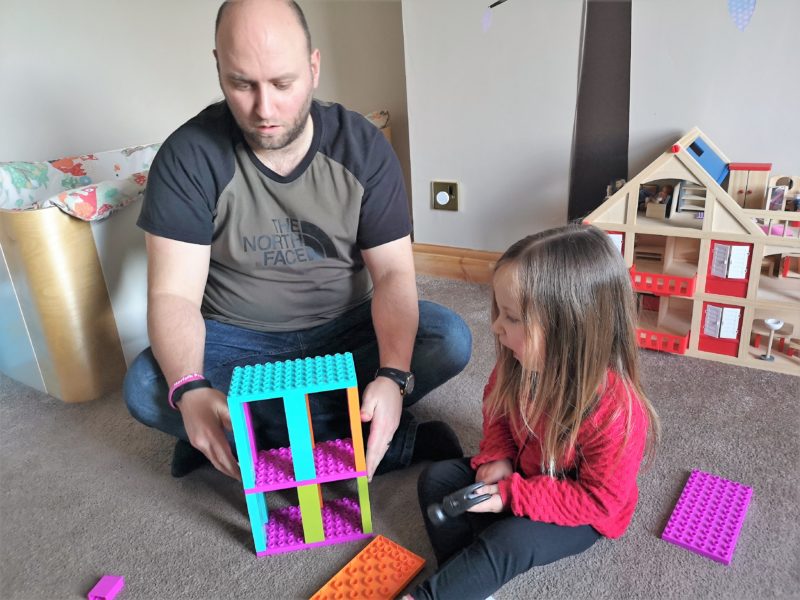 Erin was more excited about the hammer than any other part of this game, if I’m being completely honest. She had already hammered all of the pieces as soon as we got them out of the box and she probably would have been happy to not even build the tower. 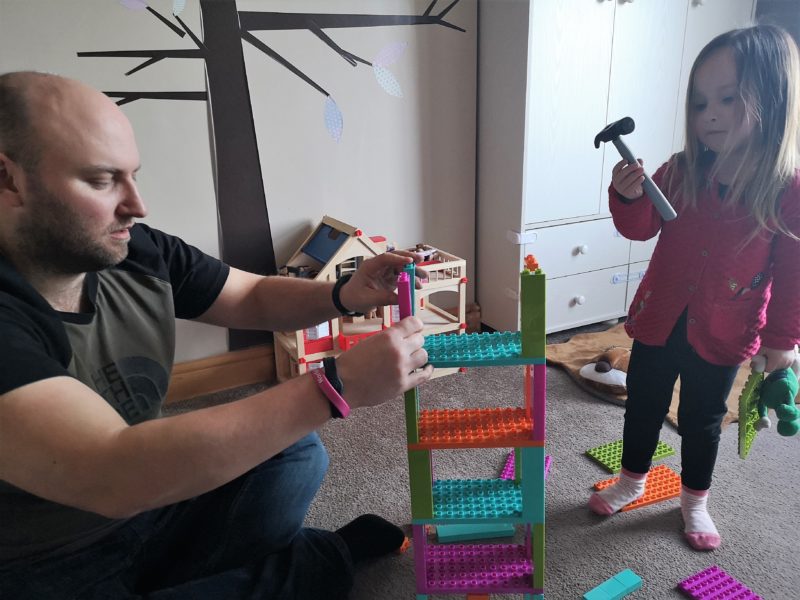 As soon as the tower was built Erin went straight to it with the hammer. Unfortunately, she didn’t give us any chance whatsoever to play the game properly as she destroyed the tower within seconds with the hammer. I did try to get a picture as it was so funny but she did it so fast that I wasn’t really able to get a good shot.

Although the Brik Buster Tower Toppling Game is suitable for children aged 3+ I really think it depends on the personality of your child. Erin isn’t quite ready to play with this in the way that it’s intended but I think if we took the hammer away then she would happily build the towers. Personally, I think this would be better suited for children slightly older than 3 just because of our experience of playing with it.

The Brik Buster Tower Toppling Game can be bought from Amazon. 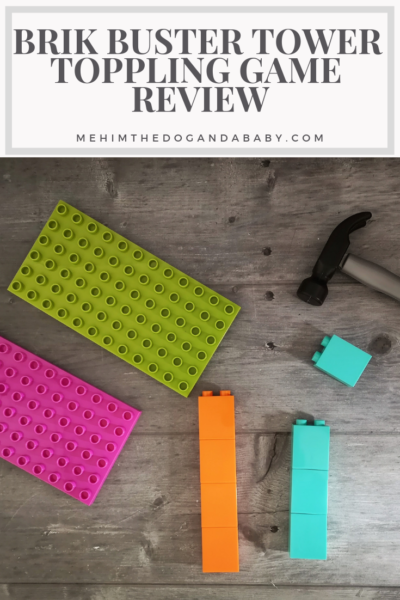