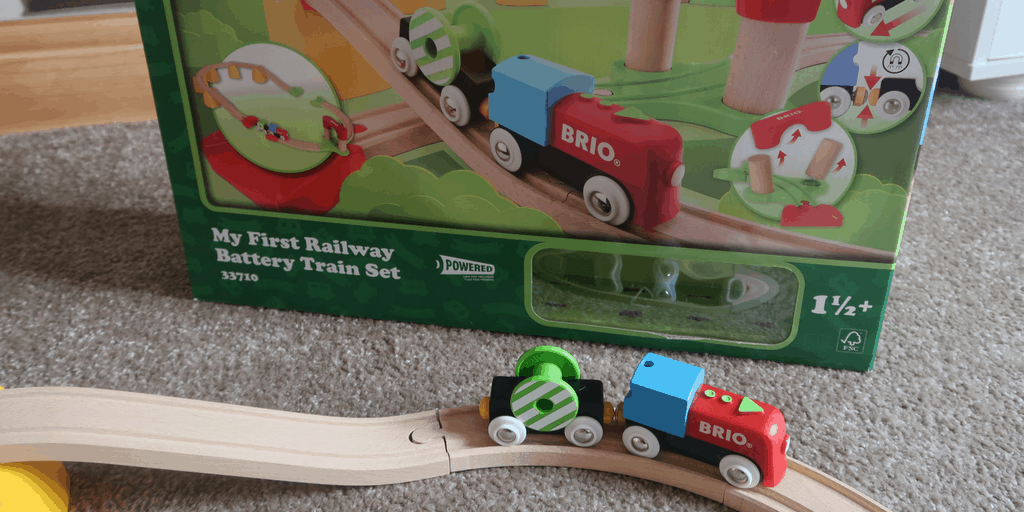 Erin has had a bit of a love for trains for quite some time now. As we are a family who don’t drive, we rely on the train to get us around quite often and Erin absolutely loves a train journey, even if it is only for a couple of stops. Her love of trains isn’t just for the real ones though as she loves to play with toy sets as well. I couldn’t say yes quick enough when we were offered the opportunity to review the BRIO My First Railway Battery Operated Train Set. This set retails at around £44.95 and is aimed at children aged 18 months +. 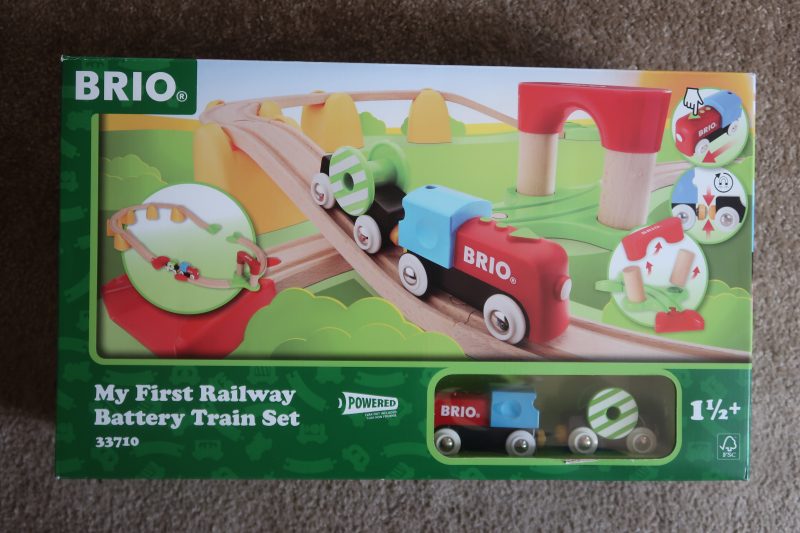 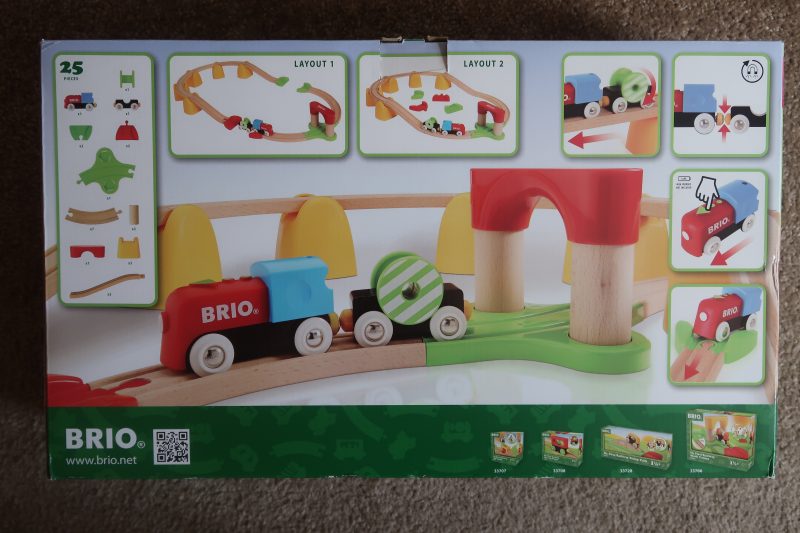 This set comes with 25 pieces so it’s quite large, making it a fantastic starter set for any child, especially if they’re new to this kind of toy. The set comes with the following: 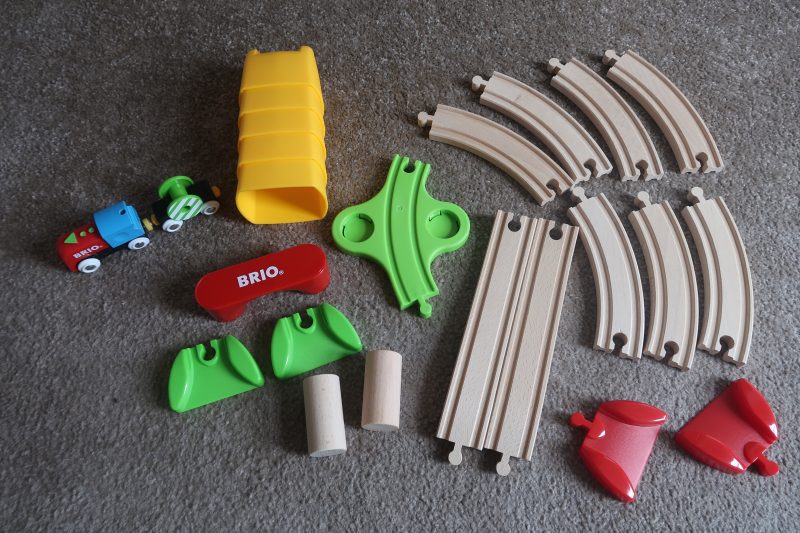 On the back of the box you will see 2 examples of how to lay out the track but really, you can do it however you like. If you already have more BRIO track pieces or sets you can play with these together and make one larger track if you wanted to. I really like that there are so many options with BRIO to encourage free thinking and imaginative play. Below you can see one of the recommended set ups. 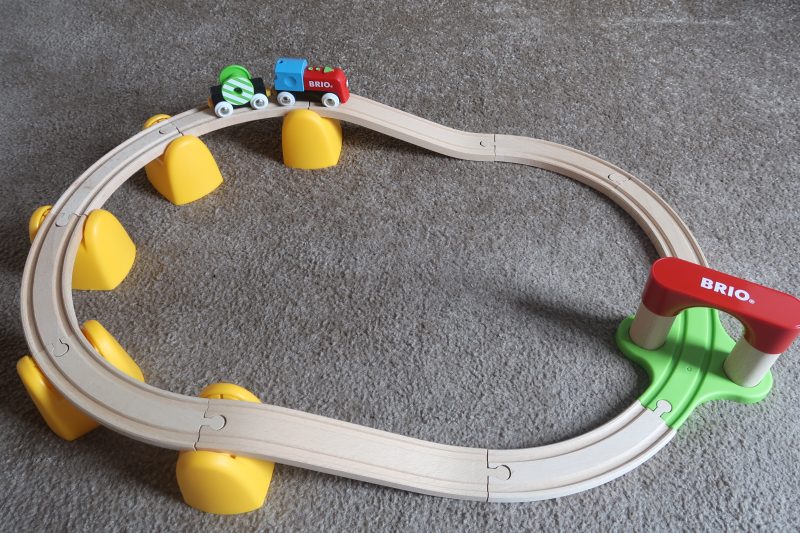 The track pieces are easy enough for Erin to put together herself but the yellow supports are not quite so easy to use. The track pieces don’t always sit completely flat when they’re sitting on the supports and this can cause issues for the train, especially if you’re using it with the battery operated train. This is only a small niggle with the set but if a small child wanted to play with this on their own they might end up getting frustrated if the train keeps stopping and getting stuck. 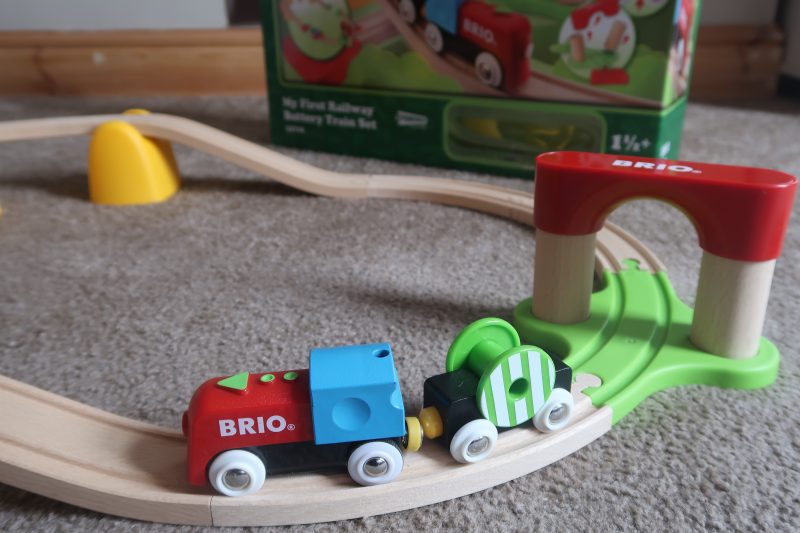 Erin has other BRIO sets but this is her first with a battery operated train. The train is easy to get going, even for the littlest of fingers, as all you need to do is press the green arrow on the top. The train comes with an additional carriage which has a reel sitting on the top. As the train goes around the track the reel spins around and I think this was a lovely extra thing to be able to watch. It makes it a bit more interesting and a bit more fun for whoever is playing with the set. 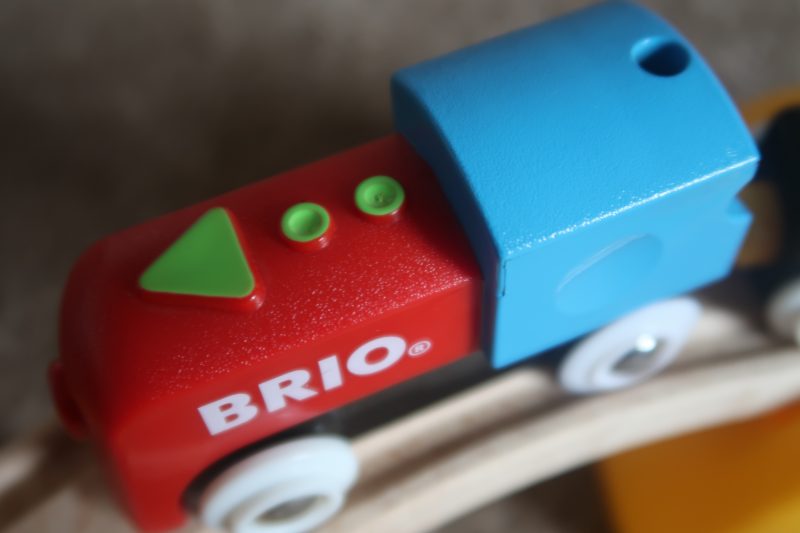 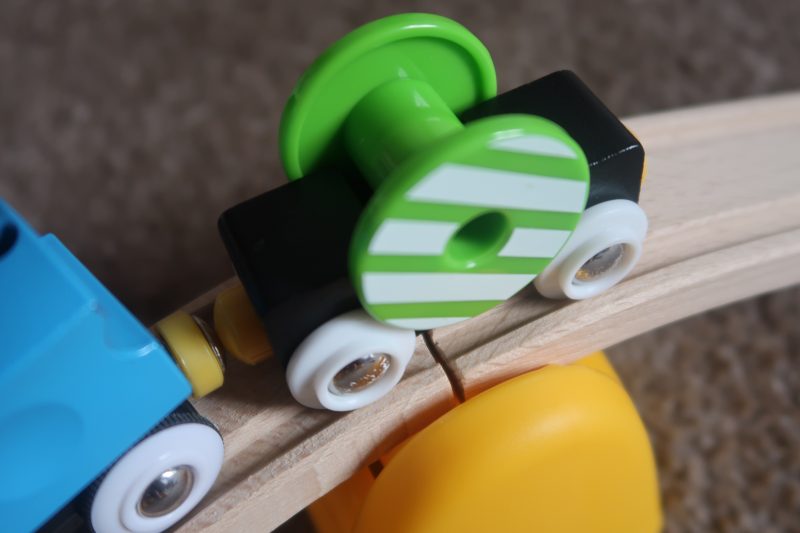 The BRIO My First Railway Battery Operated Train Set is a lovely starter set but it is a bit of a shame about the supports and how the track sits on them. However, as long as you get the track in the right place it’s not too much of a problem as long as the set isn’t being dragged around the floor. This set is great for letting little ones experiment with playing with trains and also for learning how to put the pieces of the track together. 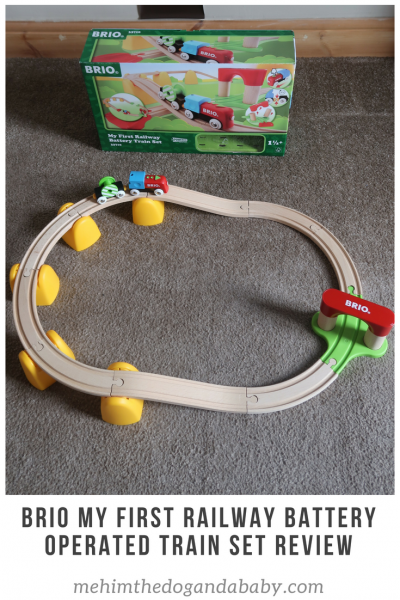 Disclaimer: We received products for the purpose of this review. All opinions are our own. This post also contains affilliate links.