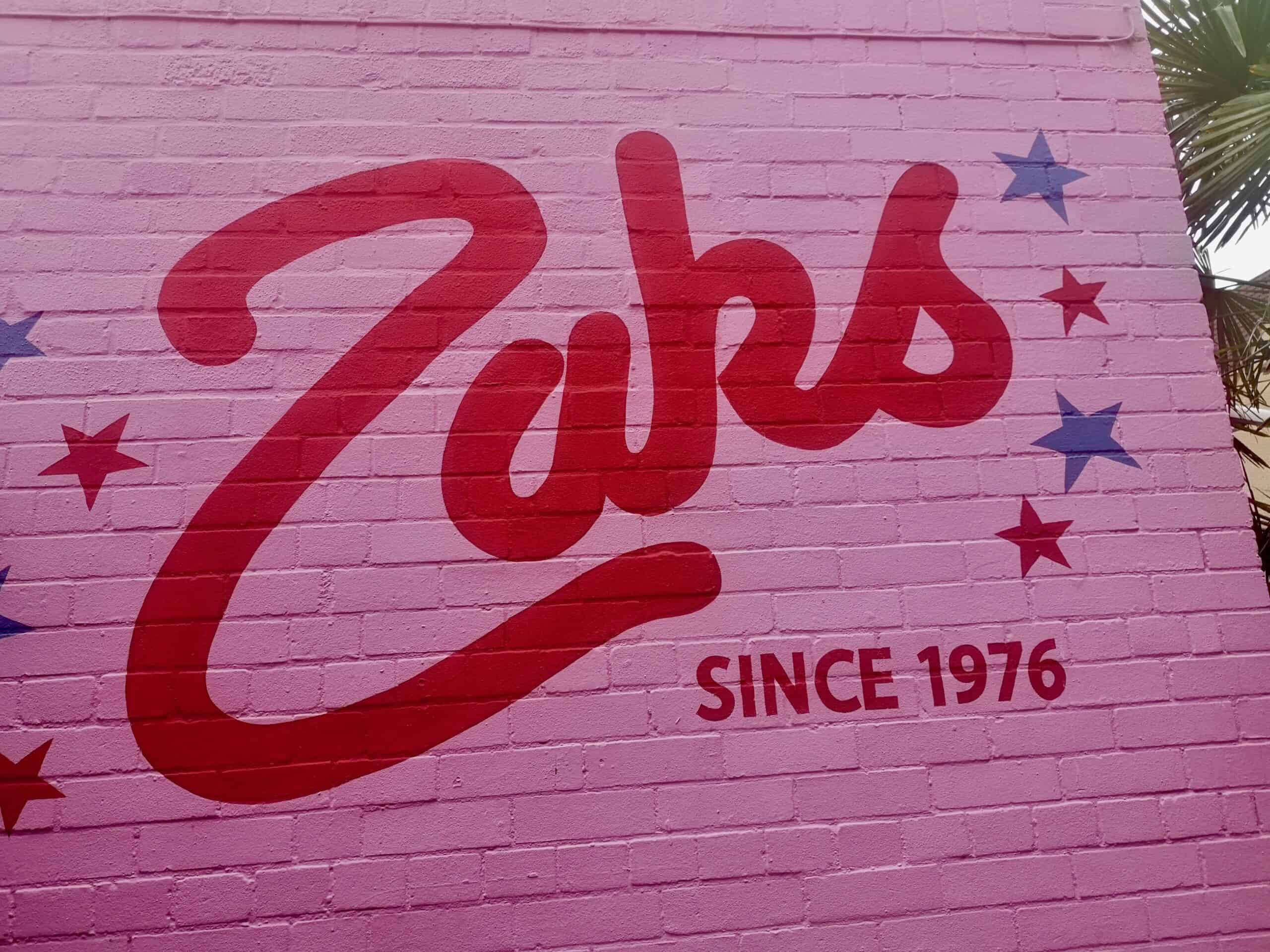 It’s no secret that I love a good burger. In fact, it’s something I look for if we go out for a meal and I’m on a bit of a mission to find the best one. A couple of years ago we reviewed Zaks Fine American Restaurants in Norwich and it was pretty bloody good. However, my last visit was really very average and it wasn’t nearly as good as it had been the first time. Not long after that average meal, Zaks gained two new owners though, who promised to make some awesome changes and to bring back some favourites that they knew their customers loved.

Lockdown threw all of that up in the air a bit though and instead of being able to relaunch a new menu they were forced to do things a bit differently and offer a takeaway service until restaurants were able to reopen. I was invited to revisit Zaks, to sample the new menu and honestly, I drooled just at the thought of it. Having missed our monthly meals out, I invited a friend to join me for dinner!

Coming out of lockdown, Zaks was the first place I had gone out to eat at. I was a little apprehensive about what the experience would be like but even before we entered the restaurant, I felt safe. There was a list of things to do on the main door as well as sanitiser before you even got in!

The restaurant is really well spaced out, with tables having lots of space between them. Not only did we have enough space to sit comfortably but it was nice to not feel like we were all crammed in to maximise how many people they could fit in. Staff were wearing masks and it all really felt very safe and well thought out.

While we were looking over the menu, we started off with a couple of drinks!

The starters menu has plenty to choose from. Usually I would go for something that I know I’m going to like; a favourite maybe. My friend and I decided to order a couple of starters for us to share, something we would both enjoy but also something new and quite exciting.

New to the Zaks menu are cheesy churros! These are filled with Manchego cheese and they come with a tomato and chilli relish. I love regular churros so I wasn’t sure what to expect but these were really very delicious. Beware though, they come really hot so it’s worth either letting them cool down for a while or breaking them open before eating! This is definitely my new go-to starter.

When it comes to garlic bread I can’t say that I’ve ever had it on sour dough before so I really wanted to see what the difference was. This garlic bread is soft, squidgy and it kind of melted in the mouth. 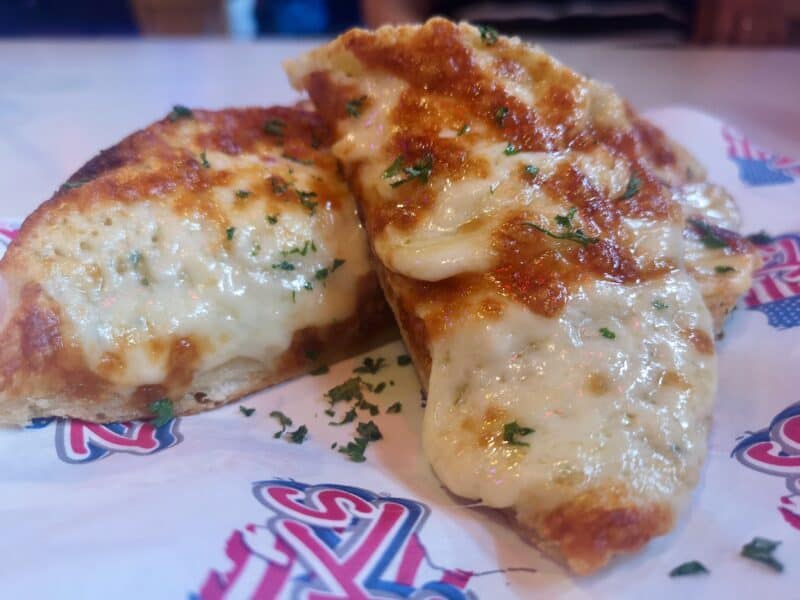 For our mains, I had to go with a burger. There was no way that I was coming to Zaks and not trying one from the menu. I’m a big lover of pulled pork and BBQ sauce on a burger so The Hogfather was a match made in heaven for me.

Something new was being asked how I wanted my burger cooking, anything from medium to well-done. I like my meat cooked so it’s not pink at all and my burger was cooked to perfection for me. The BBQ pulled pork was sweet really went well with the burger. I did have to keep checking if I was still clean because it did have a habit of falling off the burger and out of the bun!

With my burger I went for a Zaks special which is half and half fries. I don’t know anywhere else that does this but I can never choose so I love that I got both curlies and regular fries.

My friend went for something really different with the shrimp sizzling skewers, which came with a choice of two sizes. These really looked delicious and as they were quite warm (with spicy sauce) she also had a pot of sour cream to go with it. The meal came with two skewers with at least 20 shrimp and the sides were very generous too. 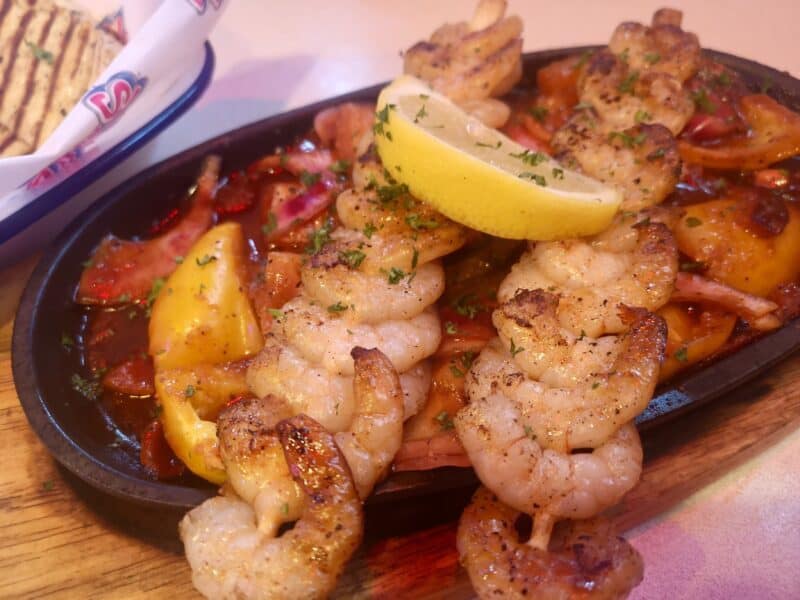 Now, here’s the bit about the meal that I am going to shout from the rooftops about. My friend was quite desperate to have the maple and red pepper glaze and me, I’m pretty loyal to BBQ sauce. I don’t generally have something else. I very reluctantly dipped one of my fries in, expecting to hate it, and instantly fell in love. I spent the rest of the meal dipping everything into this glaze… I couldn’t get enough of it. I think I need Zaks to sell it in bottles; it was that good! 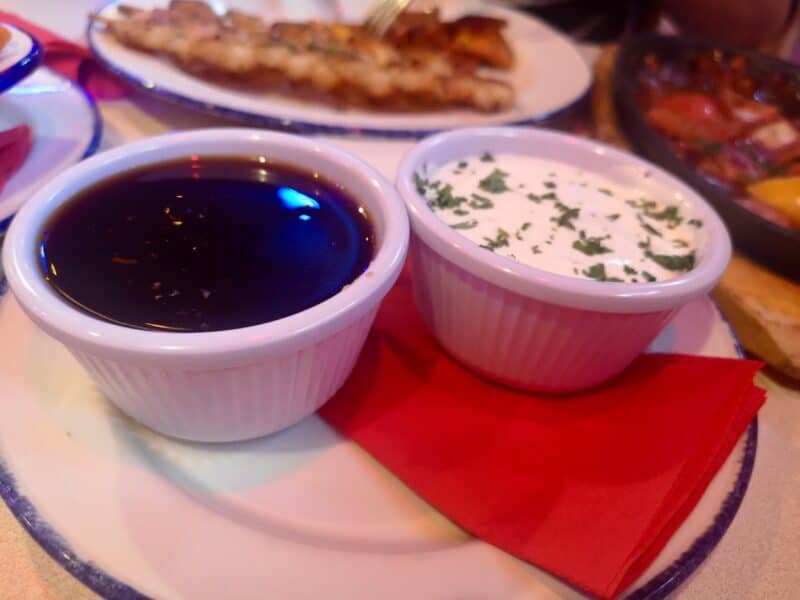 There’s one thing I always look forward to when visiting Zaks and that’s the desserts. I went to America in 2013 and 2015 and the best thing was the pancakes. Zaks is the only place I have ever found any pancakes nearly as nice. 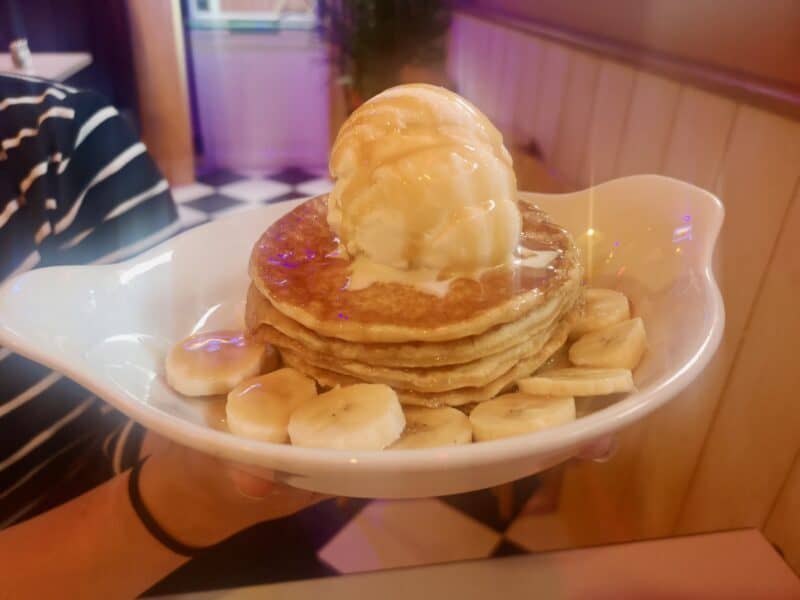 I went for a stack (you get 5!) of pancakes with bananas, toffee sauce and ice cream. After you’ve had a big meal the stack of pancakes can look a bit daunting; it’s a bit of a beast of a dessert. However, these pancakes are light, fluffy and it’s really hard to stop eating them. They are very filling though so I would be tempted to order a children’s portion (if possible) instead as these come with 2 pancakes instead.

Our other dessert was the waffle ‘schmores’ heaven. Warm cinnamon waffles covered in melted marshmallows, chocolate, whipped cream and sauce was another really good choice. Again, it’s a big portion after a big meal but we all know we have separate stomachs for dessert, right?

The team at Zaks have put so much work into not only making their restaurants a safe place to eat but making them somewhere to enjoy some seriously delicious food and to have an awesome time with friends or family! Zaks, I’m coming back for more cheesy churros and maple and red pepper glaze soon! 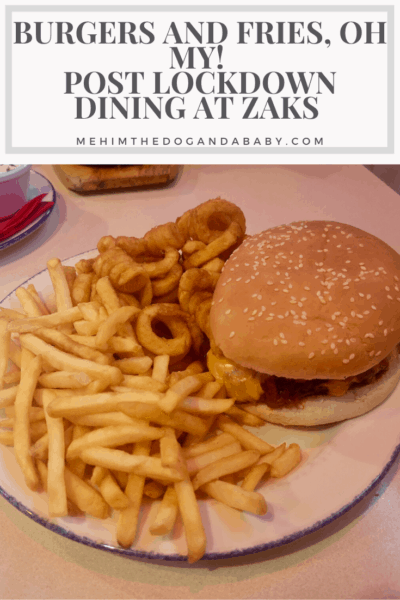 1 thought on “Burgers And Fries, Oh My! Post Lockdown Dining At Zaks”