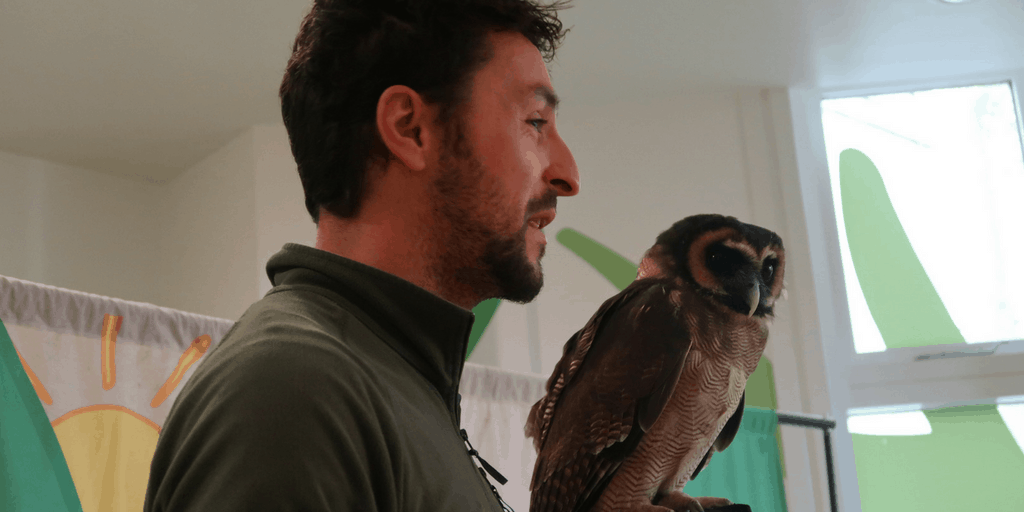 Our holiday to Center Parcs back in October was our first ever visit there so we were a bit unsure about what we wanted to do and what we wanted to book for Erin to do. There is so much choice for children but a lot of the activities were for ages 3 and up so for babies and under 3’s there isn’t quite as much. We chose not to book too much for Erin because we didn’t know how she would cope with being on holiday but right at the top of our list was Baby Owls.

Erin loves animals, especially birds and at the time, it was one of the words she could say. The Baby Owls session costs £7 per person. At the moment, Elveden Forest only offer this session 4 times a week on Thursday and Saturday at both 9am and 10am and they last 45 minutes each. The session is held in the Sports Plaza which is in the middle of the village so easy to get to no matter which lodge you’re staying in.

We really weren’t sure what to expect when we turned up for Baby Owls. The room was set out in an open circle with stools for everyone to sit on and the book Owl Babies too. There were about 12 or 13 people with their children in the session and it did feel quite crowded. Baby Owls is aimed at children 12 months and up and at the time, Erin was 22 months old.

The man leading the session came in and explained what would happen and told us to have a look through the book. While we were doing this, he was sorting out the mummy owl we were about to meet. Erin was already restless at this point and just wanted to run around like a lunatic. She didn’t understand why she had to sit still and she just wanted to look at everything else in the room. Once the mummy owl was there though, Erin soon sat and paid attention. 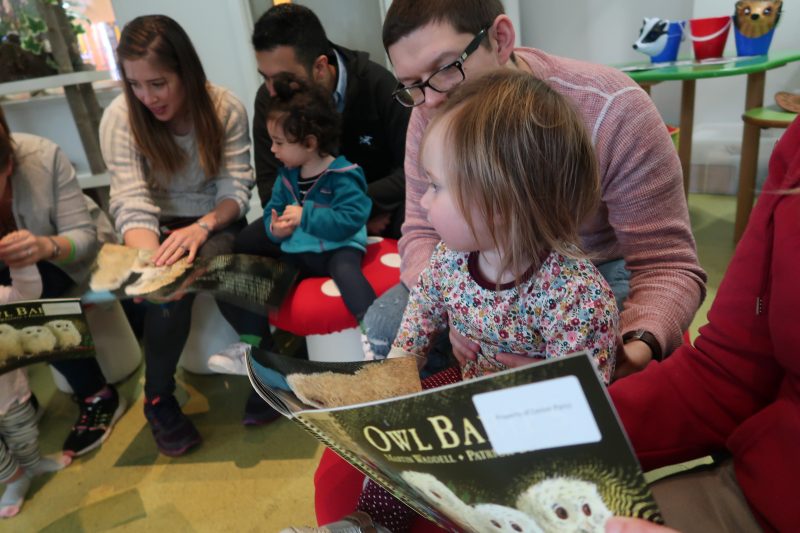 We were told about the owl and got the chance to meet her up close which was just amazing. We all got to go up one by one and really to see this beautiful creature. Erin was actually a bit freaked out and didn’t know what to do. She clung to me as I held her but she was really interested in the owl and tried to talk to it once she’d stopped being quite as nervous. Once our turn was over and we’d had a couple of photos we then had to sit down while other people did the same. Erin went straight back to wanting to run around. 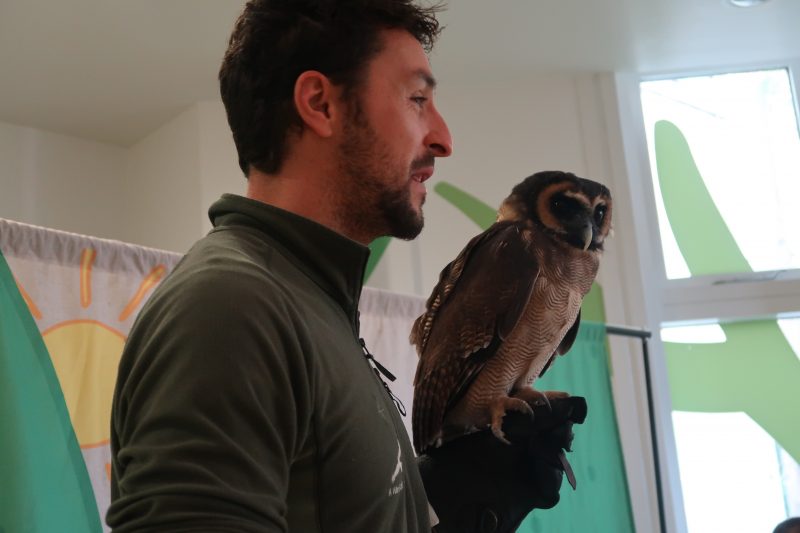 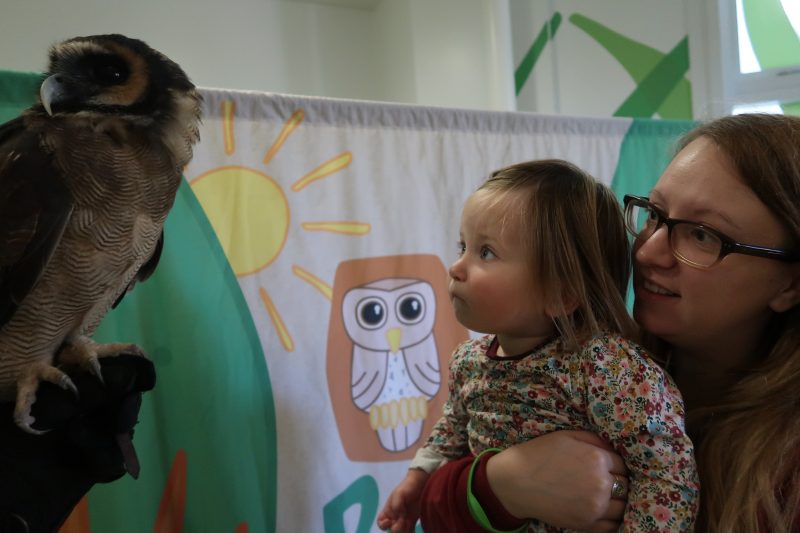 The next part of the session was the baby owls. There were 3 in total and were brought into the room in their box and then let free. I was not expecting to be in a room with 3 absolutely adorable baby owls. I don’t know what I was expecting really. The owls loves to fly around and were really curious of their surroundings. One of the owls had been taught to come for food so again, one by one, we had the opportunity to see this one up close and I even got to have him sit on my knee for a few seconds. 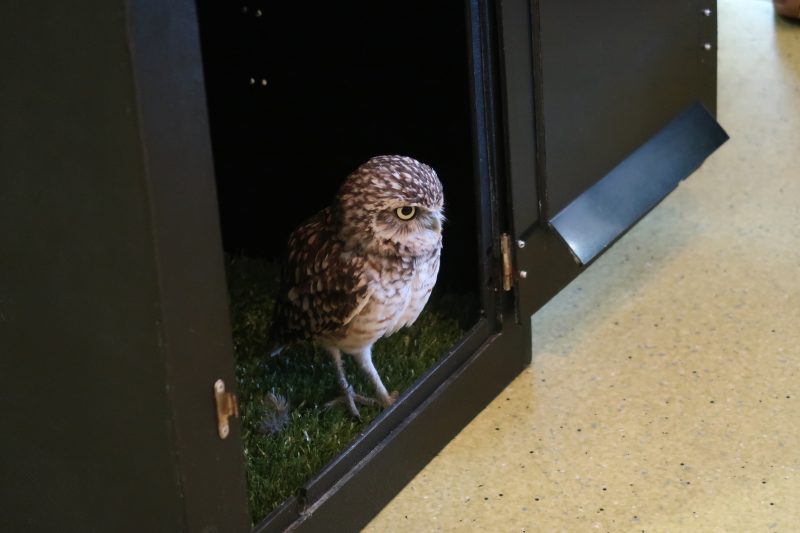 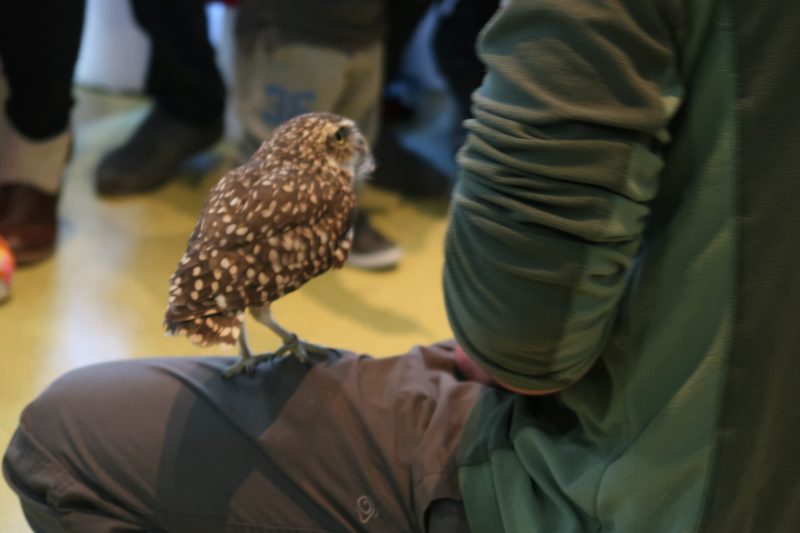 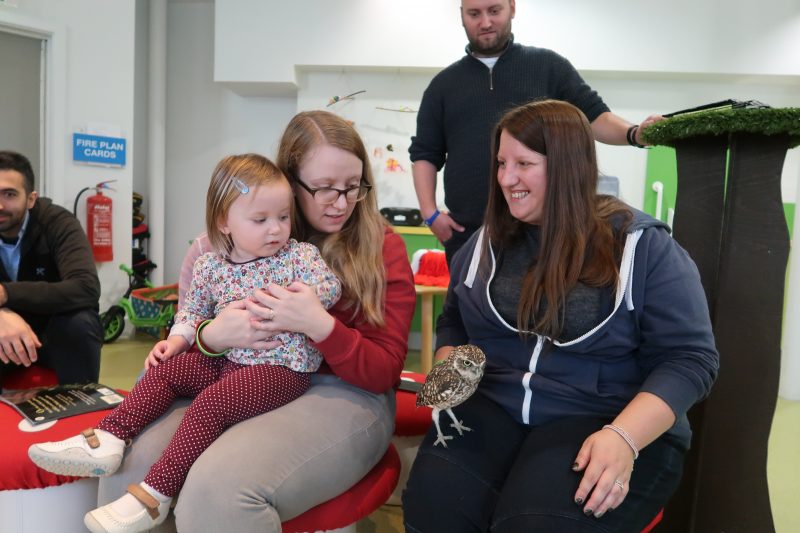 The rest of the session was spent with other people getting time with this owl so we sat and watched the other owls. Erin kept trying to follow them around the room but she really enjoyed the whole session!

While we did enjoy the session I do think there was a lot of sitting around and not too much to keep the smaller children entertained. Toddlers have a very small amount of patience and I don’t think this was thought through very well. However, I’m glad we did the Baby Owls session but I wouldn’t choose to do it again. 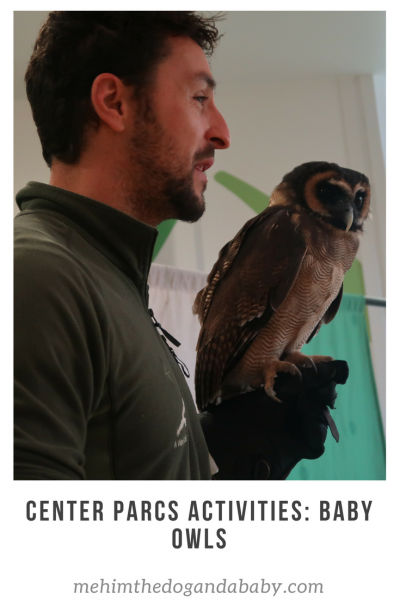