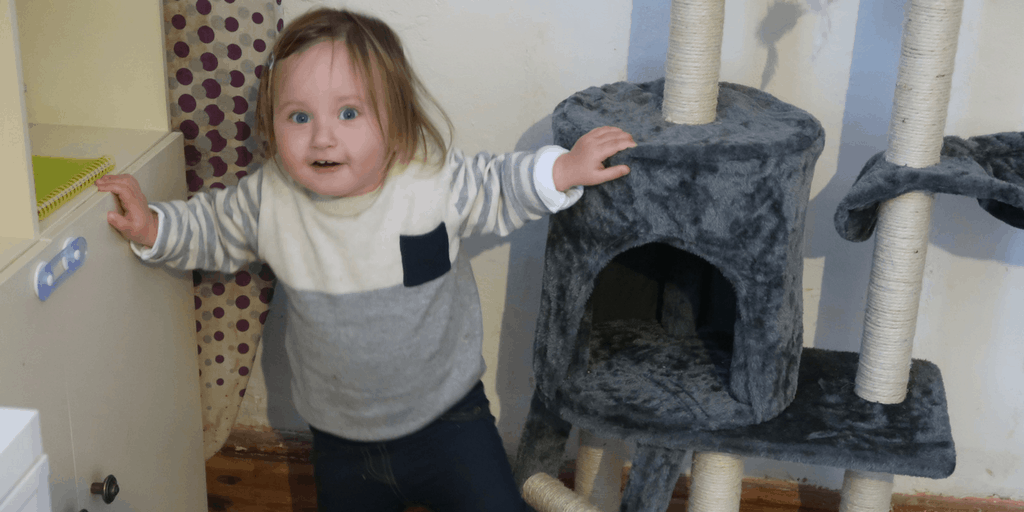 Erin was born premature at 36+4 and even though she was a tiny 4lb 8oz, I don’t think I ever really thought too much about how small and fragile she really was. I look back at pictures of Erin as a newborn now and I think she can’t really have ever been that small. Of course, she was though. While I am so protective over Erin in certain circumstances but I have always encouraged her to be independent and strong willed. She is nearly 2 and the most strong willed little girl I have ever known. She will not let you help her with anything most of the time and shoves you away if you try. She really is a daredevil toddler who isn’t afraid of much and throws herself into everything.

Earlier this year Erin had a pretty bad head injury after falling onto the hearth of the fireplace. Although the initial cut and the amount of blood put Erin (and me) into shock, she very quickly seemed to get over it. The ambulance got her very quickly and by this time, Erin didn’t want to sit still to be checked over. Instead, she was more bothered that the paramedics were in the way of her toys and I wouldn’t let her play. We had a trip in an ambulance and her head glued together but she didn’t care. As soon as we got home she tried to climb the fireplace she’d just hurt herself on. The scar has finally gone now a lot but it will be a long time until I stop noticing it.

We moved Erin from a cot to a toddler bed at quite a young age because we’d co-slept for so long. Erin had always preferred a bed so this was bound to happen sooner rather than later, However, last month Erin did something I wasn’t expecting for a very long time. She climbed over her bed guard, hitting her head on a Mega Bloks table on the way down. That very night we had to remove the bed guard and bed time hasn’t been anywhere near as easy ever since. 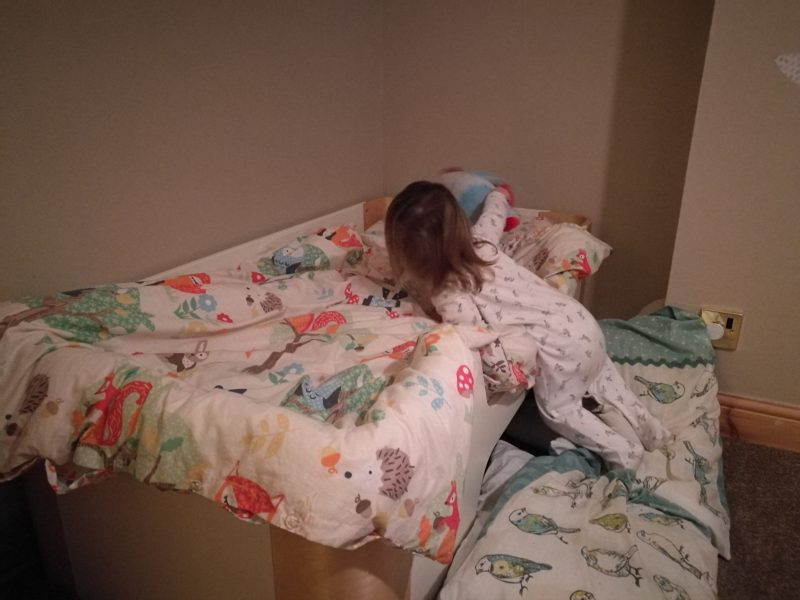 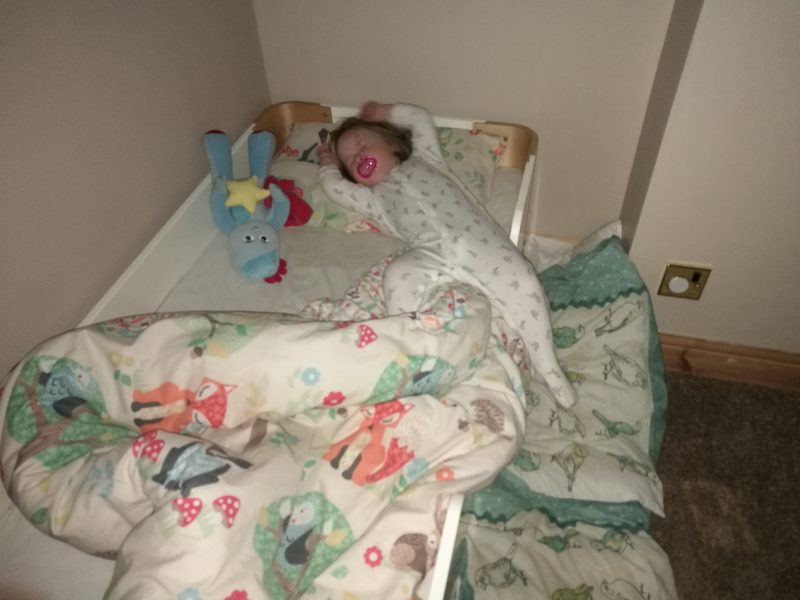 Did you have a daredevil toddler? I’d love to know how you coped. Let me know in the comments. 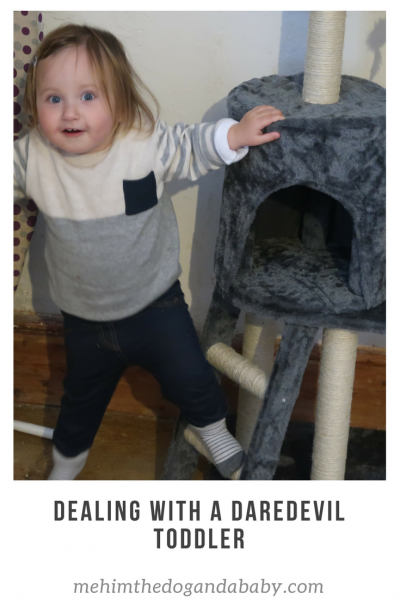 10 thoughts on “Dealing With A Daredevil Toddler”