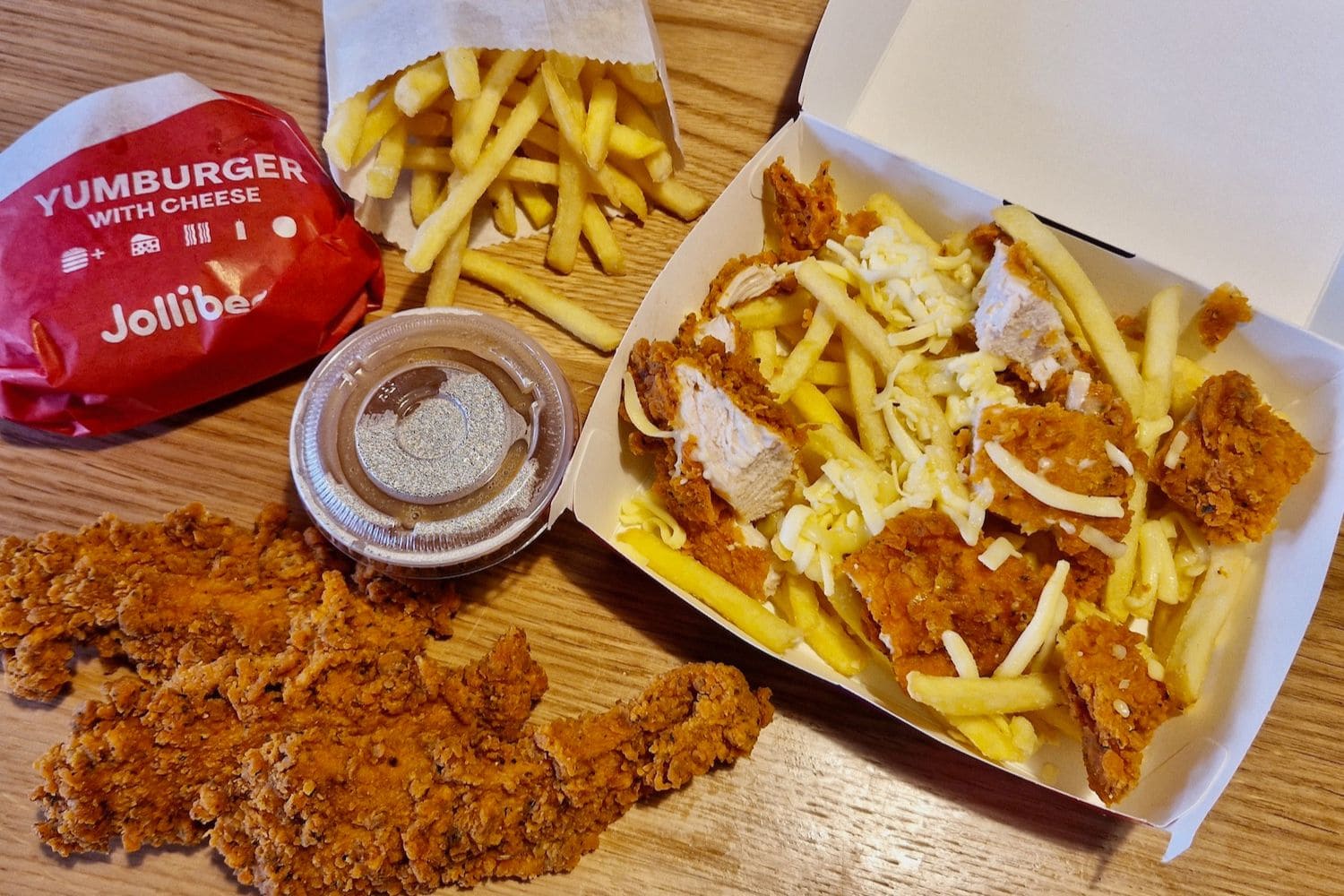 We always look for new places to eat as a family, whether that be for a sit down meal or somewhere quick and easy. On a recent trip to Nottingham, we tried Jollibee a try for the first time.

I actually hadn’t heard of Jollibee until quite recently. Jollibee was founded in 1978 by Tony Tan Caktiong in the Philippines, the company was built up from humble ice cream store beginnings, then later on expanded to hot food. The first location opened in the UK in late 2018, in Earl’s Court, London.

What’s on the menu?

Although I knew that Jollibee was known for it’s ‘Chickenjoy’ fried chicken, I didn’t really know about what else was on the menu. It turns out, there’s loads of different chicken items and much more!

If you do want to experience the ‘Chickenjoy’ then you can do so either in single pieces, meal deals and buckets. As well as that there are chicken tenders, chicken sandwiches, rice bowls, burgers and spaghetti. I was a bit worried about what Erin might want to eat but there was quite a lot for her to choose from.

There are no children’s meals at Jollibee but Erin ended up having a Yumburger with cheese meal deal, which was actually a great size for her. This came with fries and a drink and really was just enough for a 6 year old. Older children might want a larger portion of something though or maybe a double burger.

I really couldn’t decide so I chose two things; the chicken tenders so I could share with Erin and the gravy chicken loaded fries. The chicken tenders come in 3 or 5 pieces or as a meal deal. I went for 3 because it meant that it was a nice side to our main meals and it meant that Erin could try some if she wanted to. The tenders were really crisp and delicious, not spicy at all but with a lovely flavour to them. The chicken was also super moist inside and I was so glad I ordered extra.

My main meal was the gravy chicken loaded fries, consisting of sliced chicken tenders, grated cheese and fries with a pot of gravy to pour on. To start with, this was a really decent size and I think the right amount for me. If John had been with us I think he would have wanted a bit more or an extra on the side. The one thing I do wish there had been more of was the grated cheese, as it was a little bit sparse.

The thing that really did stand out for me was the gravy. I could go back to Jollibee again just for the gravy and I probably will next time I’m somewhere where there is one. This was a great accompaniment not only for the chicken but the fries and the cheese too. It was like a Filipino poutine.

One of the reasons we wanted to try Jollibee was because of their peach mango pie. Unfortunately, this was sold out when we visited but that only proves how popular it is! Instead, we opted for cookies and cream sundaes!

If you’re a chicken fan when eating out, definitely consider Jollibee if there’s one close to you.

Thinking about visiting Nottingham? Check out this 3 day itinerary for families. 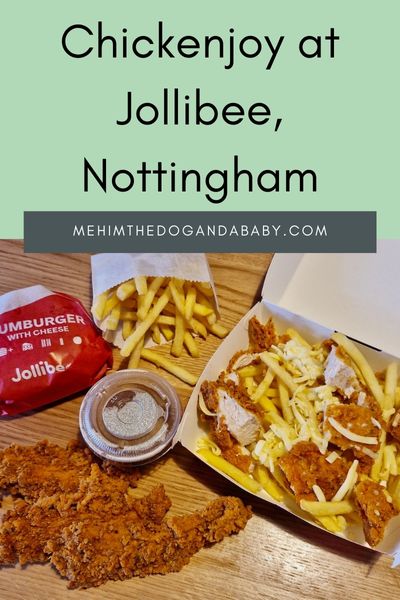