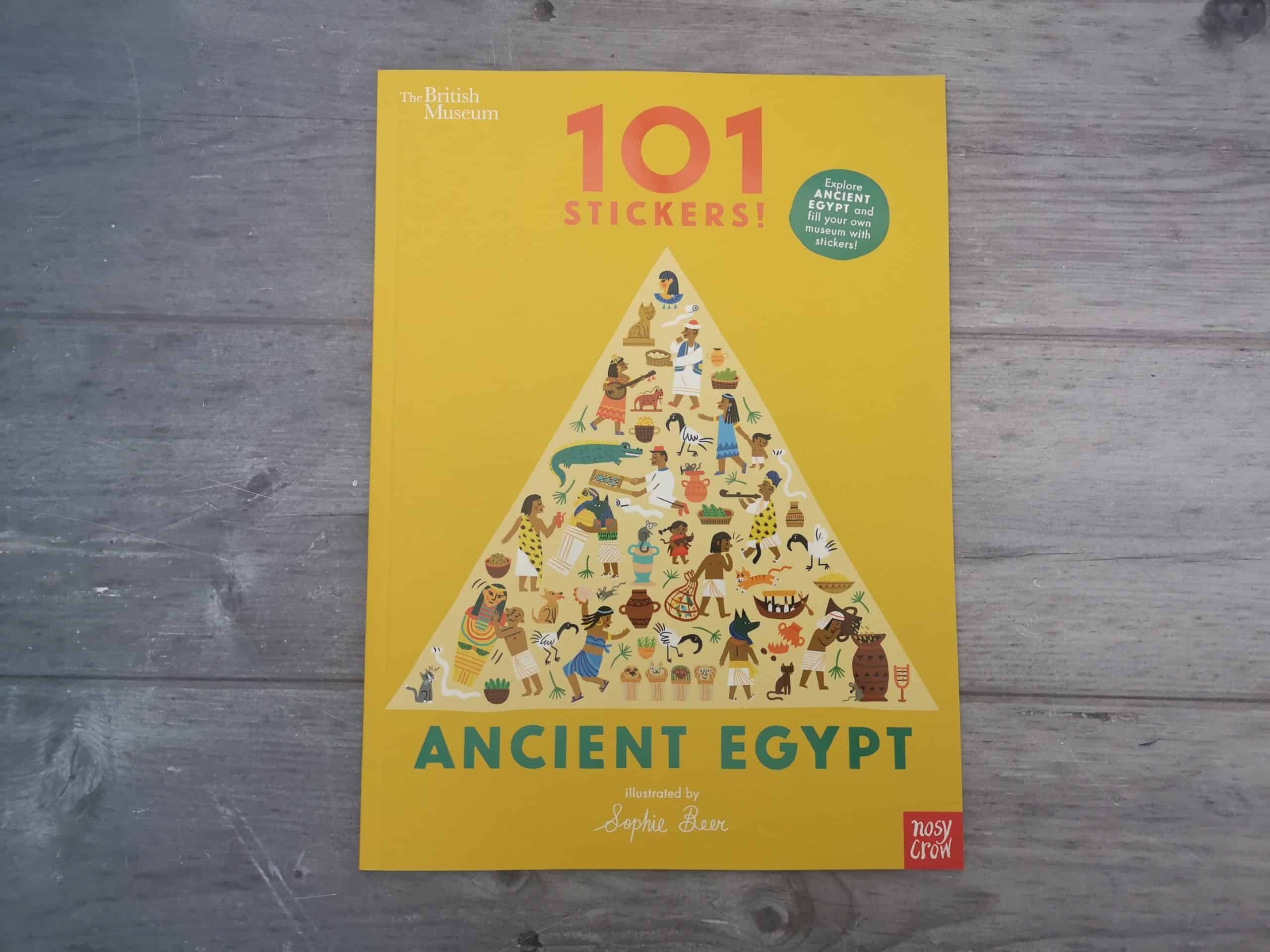 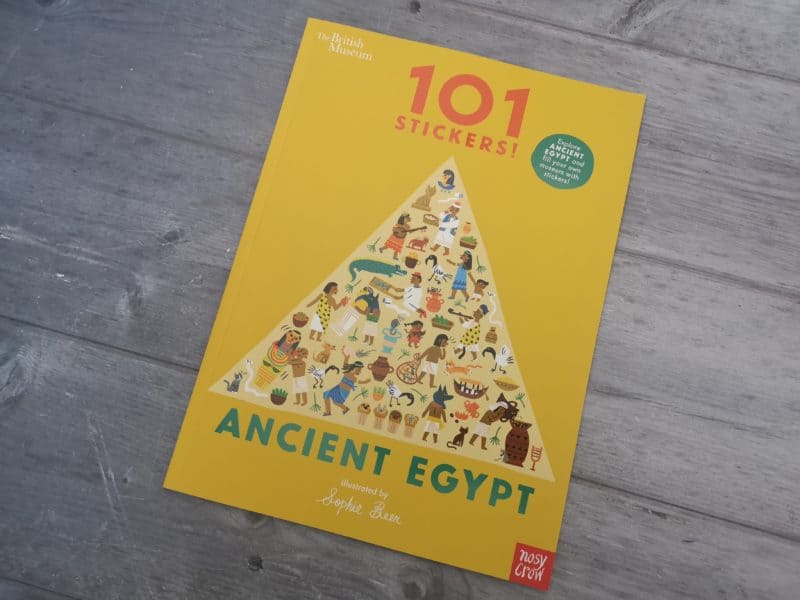 Take a tour around ancient Egypt, from the Nile to the pyramids, with 11 scenes and 101 stickers! Then uncover amazing artefacts on an archaeological dig and curate your own museum exhibit with real-life photographic objects. 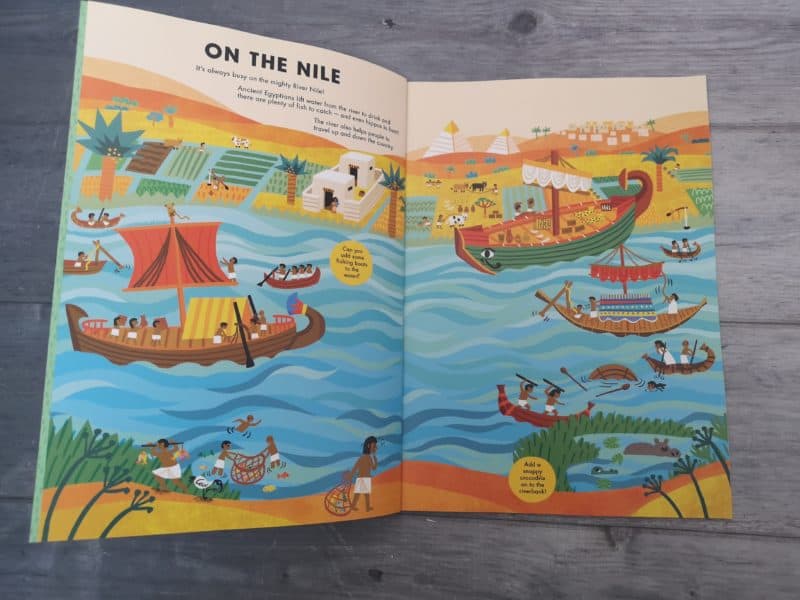 For some time now Erin has been really interested in Egypt. I can’t really remember why but she loves looking at pyramids and Mummies so I thought getting her an easy to follow book about the subject might be a good idea. Of course, children Erin’s age love stickers too so I thought this book would be ideal for her. 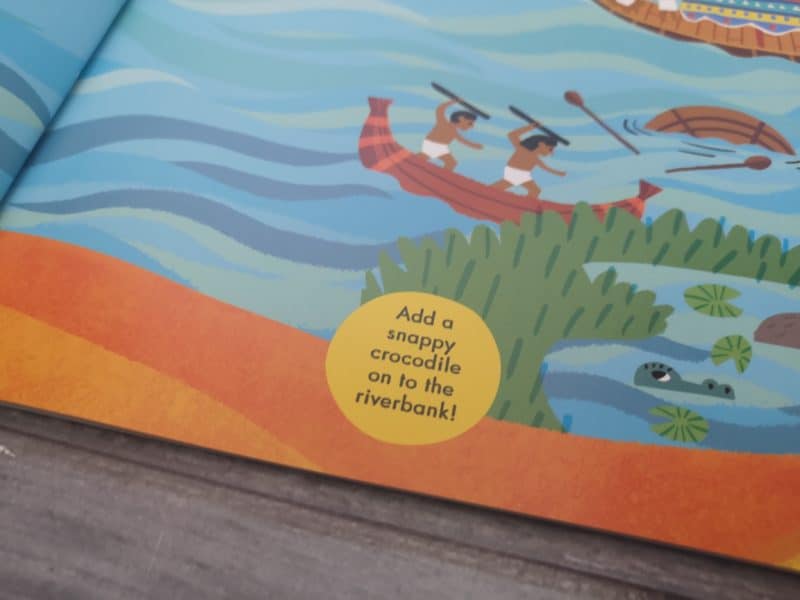 The pages in the book are really bright and colourful and there’s lots to see and discover. Unlike a ‘proper’ book about Ancient Egypt there isn’t tons of information on the pages but instead it lets the pictures explain what is going on. There are small prompts too (in bright coloured circles) for what stickers you should put where but you can mostly do whatever you like. 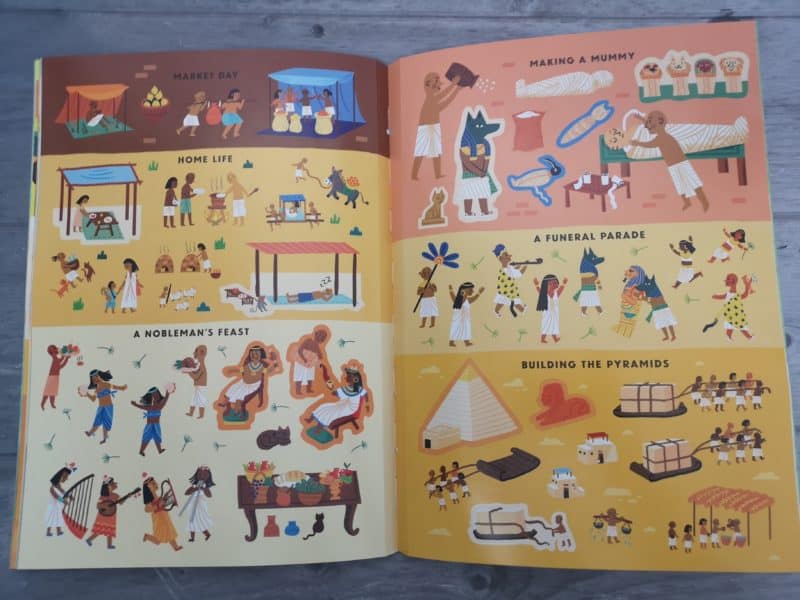 The stickers are really nicely laid out into sections for each corresponding page. I like that the sections are all clearly marked and sectioned off into different colours so that children will easily know which they should be using. Again, you can probable mix and match some of them and put them where you like. I know a lot of children won’t really follow where everything should go exactly so I like that it’s not a strict book that says exactly where everything should go. 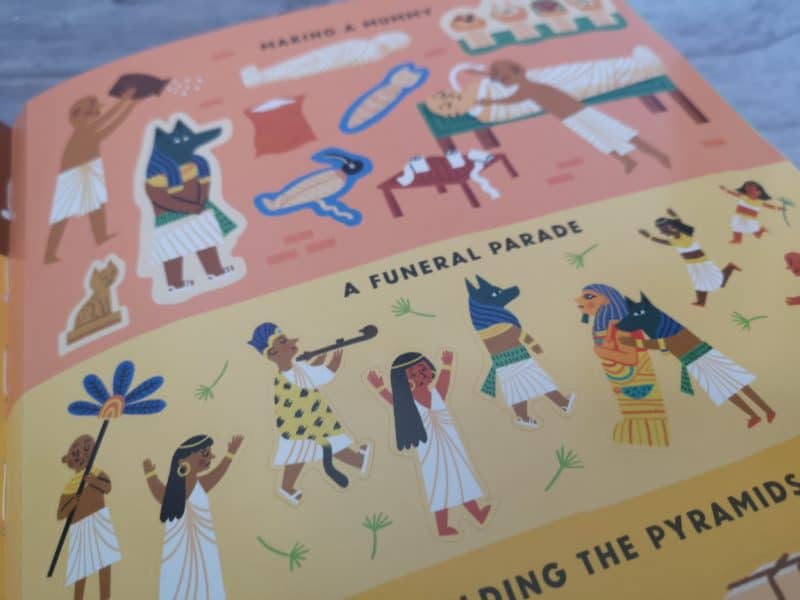 This is such a fun book to help teach children about such an important time in history. It’s really different from a traditional book with lots of text and it can really help to get you and your child talking about what is in each picture. 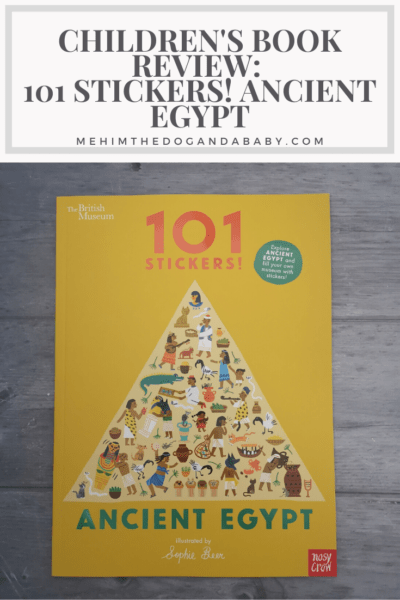