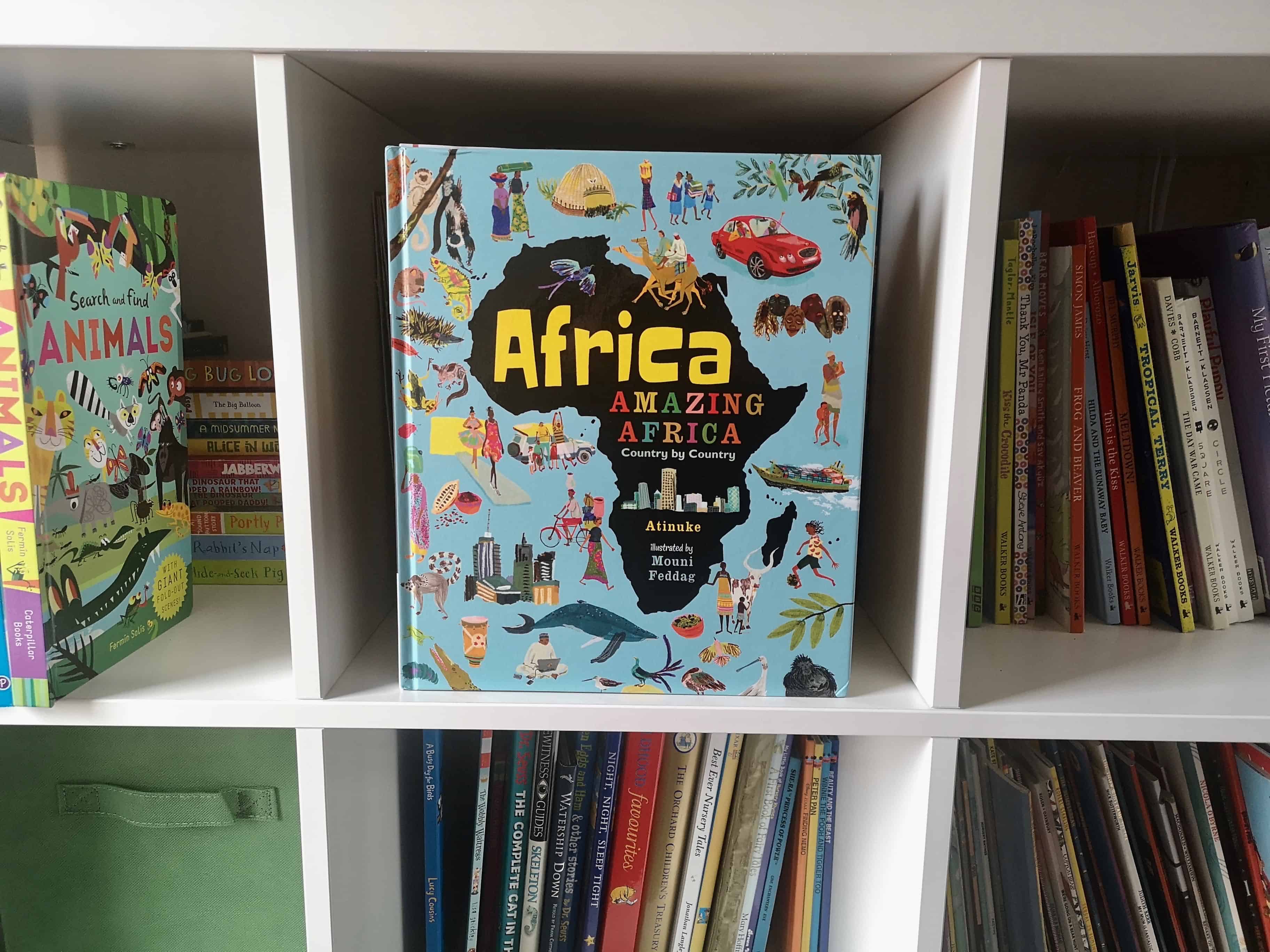 This weeks’ book review is for Africa, Amazing Africa by Atinuke. The book was published by Walker Books on 3rd October 2019 and can be purchased on Amazon. 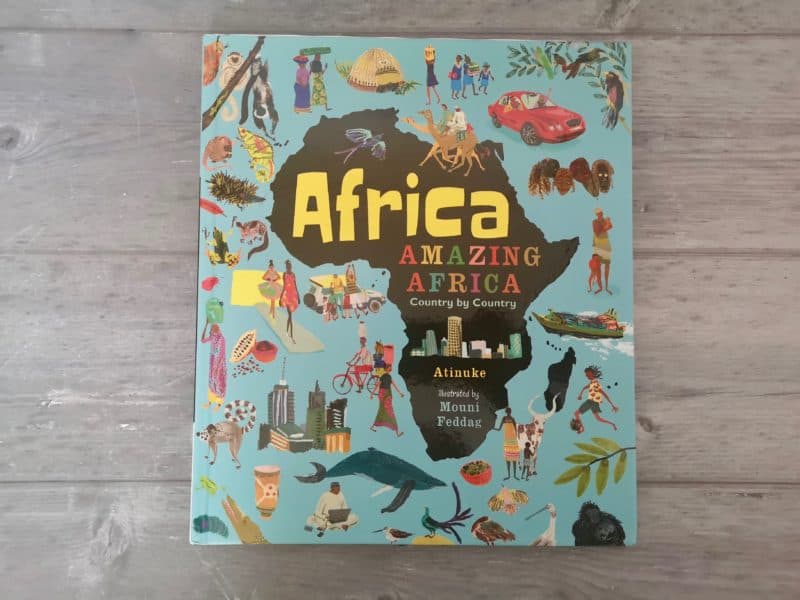 Atinuke’s first non-fiction title is a major publishing event: a celebration of all 55 countries on the African continent! Her beautifully-written text captures Africa’s unique mix of the modern and the traditional, as she explores its geography, its peoples, its animals, its history, its resources and its cultural diversity. The book divides Africa into five sections: South, East, West, Central and North, each with its own introduction. This is followed by a page per country, containing a delightful mix of friendly, informative text and colourful illustrations. The richest king, the tallest sand dunes and the biggest waterfall on the planet are all here, alongside drummers, cocoa growers, inventors, balancing stones, salt lakes, high-tech cities and nomads who use GPS! 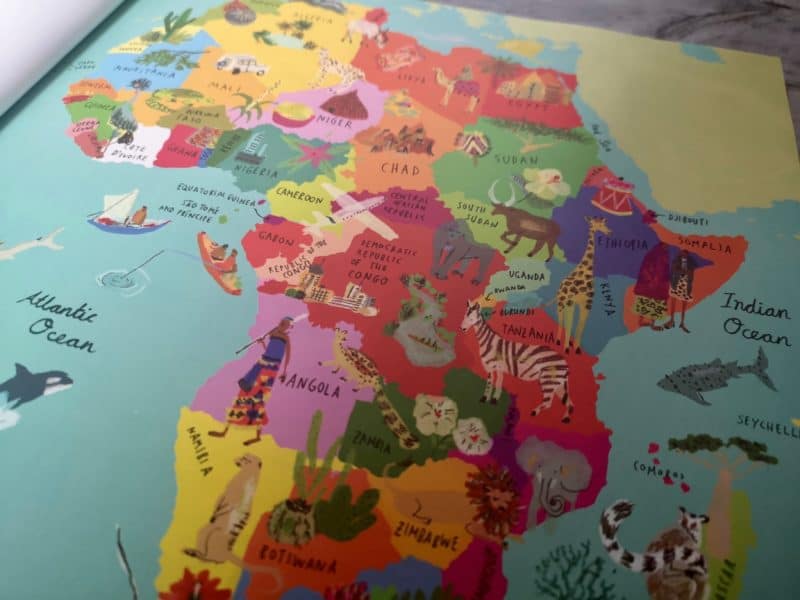 Last month we started colouring in a map of the world with Erin. The map has little pictures on it showing various things in different places. One of the things Erin showed a real interest in was the pyramids in Egypt. So, I thought a book about Africa would be something she would enjoy! 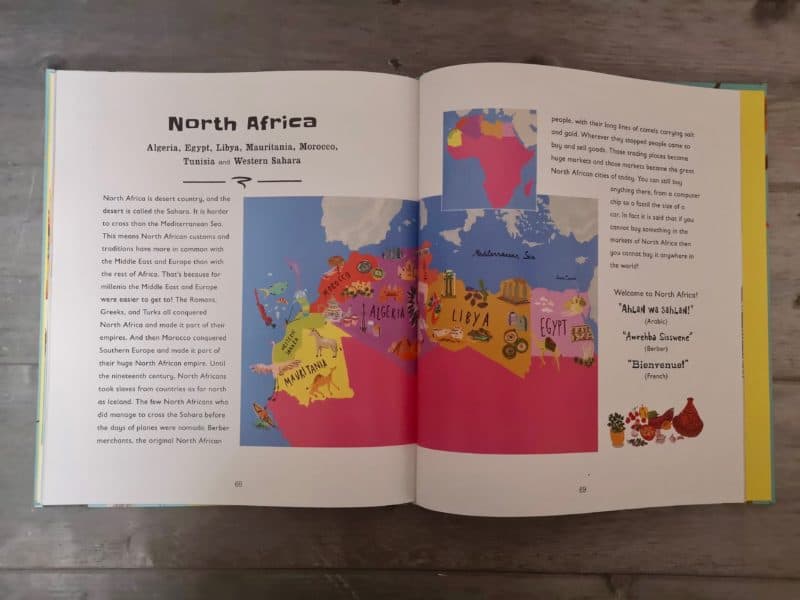 Africa, Amazing Africa is set up in to different sections ;and splits everywhere up by region and then country. There is a really colourful map at the beginning of the book with all of the country names and also a picture of something from that place. The fun images really help children to pick out something they might be interested in and then you can go from there. 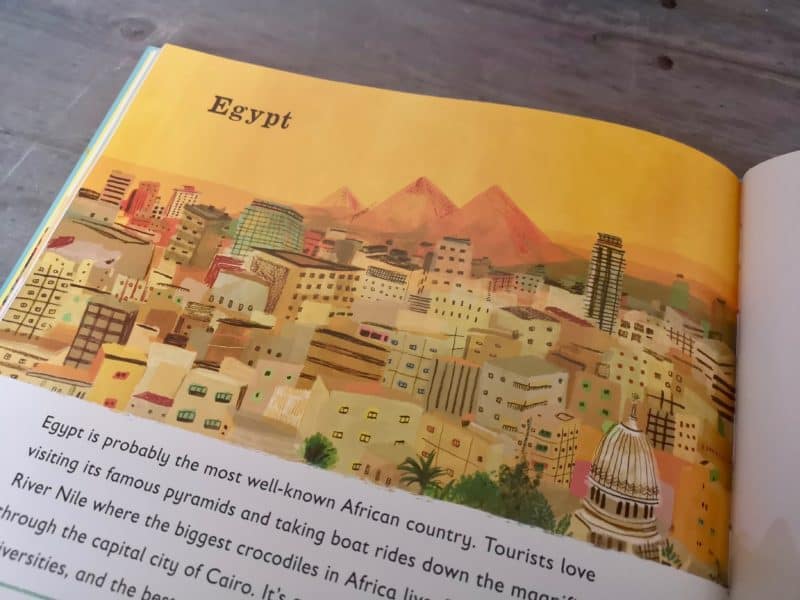 Each page looks at a different country and there is both text and images to help both you and your child learn about somewhere new. I really love that this book features every country in Africa because there is so much that I don’t know myself so it’s been a lot of fun to read and learn with Erin. She often tells me I’m not a teacher and that I don’t know everything so it was really nice to learn with her. 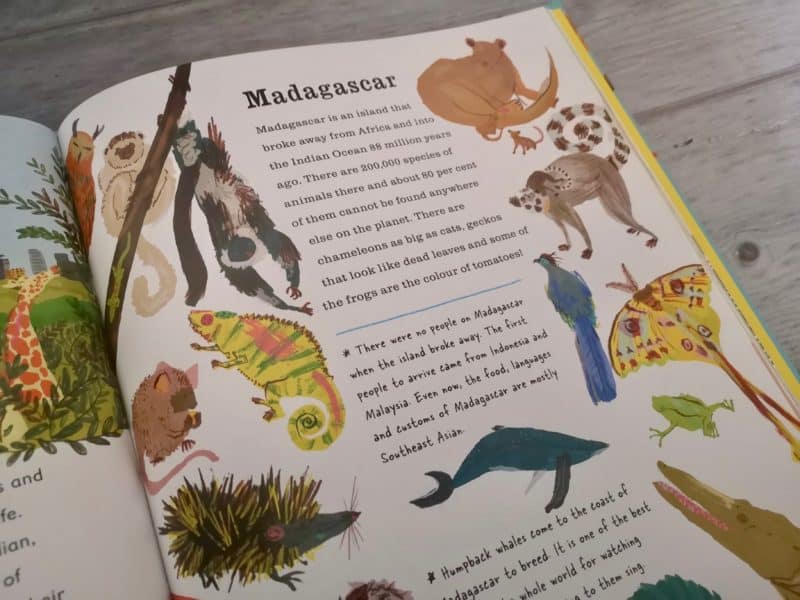 The illustrations are bright and colourful and the information is really engaging and quite snappy in places. There are no huge paragraphs to read through so children won’t get bored or stop paying attention too quickly.

Africa, Amazing Africa is one of those books that could last you for years. Erin is nearly 4 now and can quite happily read about one or two places at a time and then go back to it another day. I’m sure it will also come in really handy when she’s in school after next year and she learns about different places. 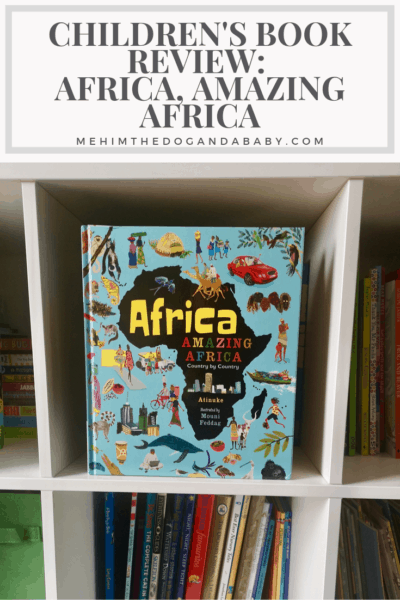