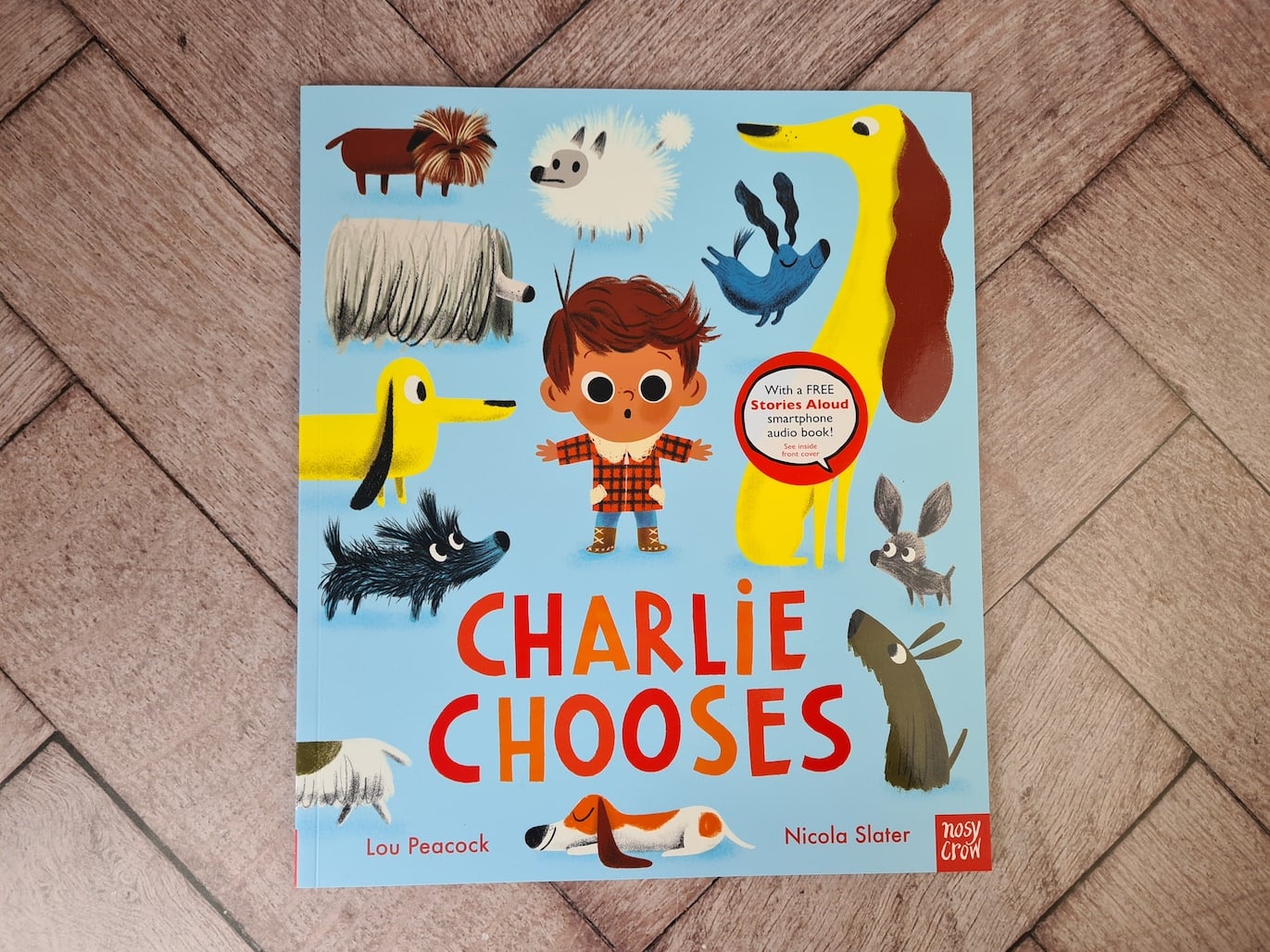 This week’s children’s book review is all about Charlie Chooses by Lou Peacock and Nicola Slater. It was published by Nosy Crow and it can be purchased on Amazon*. 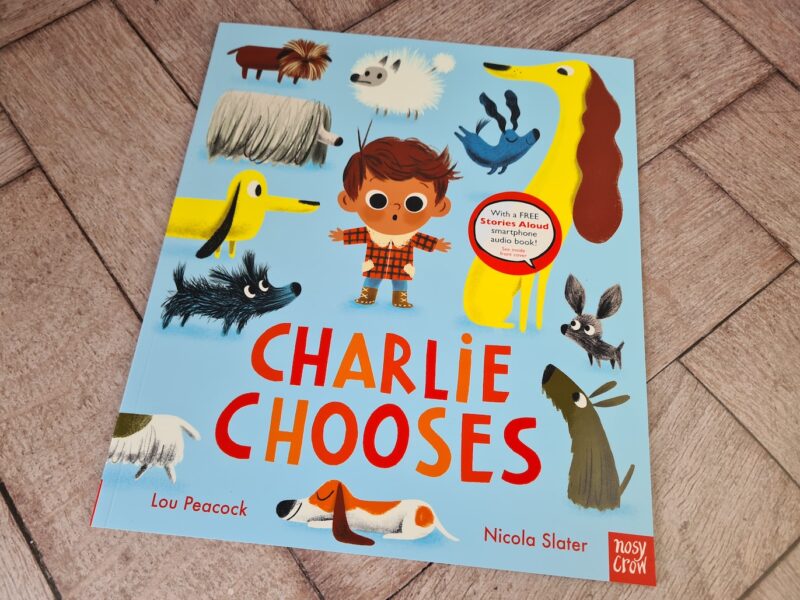 Charlie does NOT like to choose. He can’t make up his mind between chocolate or vanilla ice cream, stripy or spotty underpants . . . or whether he wants the lights on or off at bedtime. It’s much too hard! The trickiest thing of all to choose is a birthday present – how will he ever make up his mind? But when a new friend with a waggy tail chooses HIM, making choices gets a little easier.

Charlie Chooses is the ideal story to introduce children from 3+ to the idea of making tricky decisions. 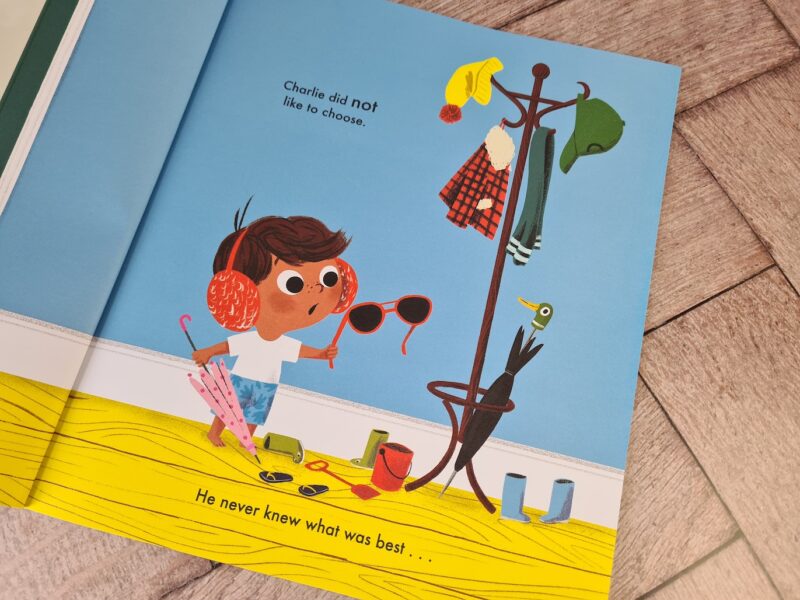 Anyone with children will know that sometimes they find it REALLY hard to choose between things. It can take hours to get out of the house if your toddler can’t decide which socks they want to wear! Charlie is just the same and he can never decide about things. 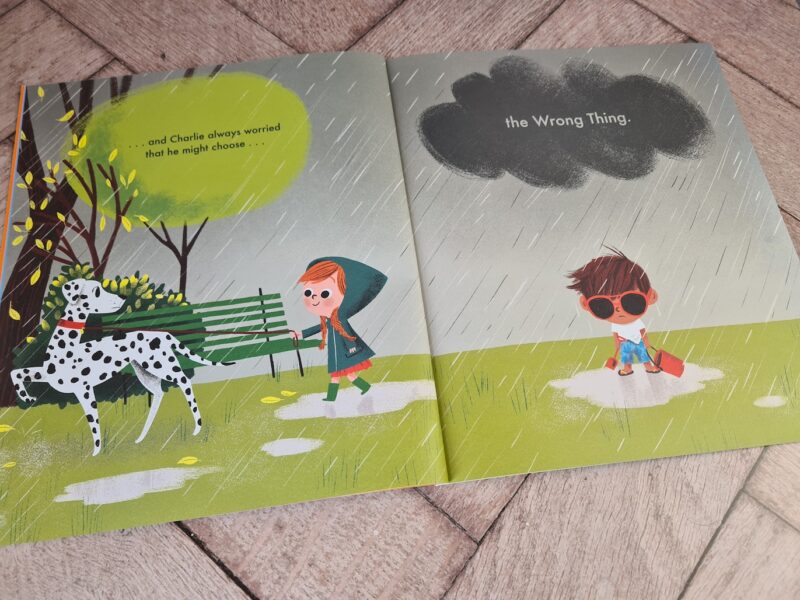 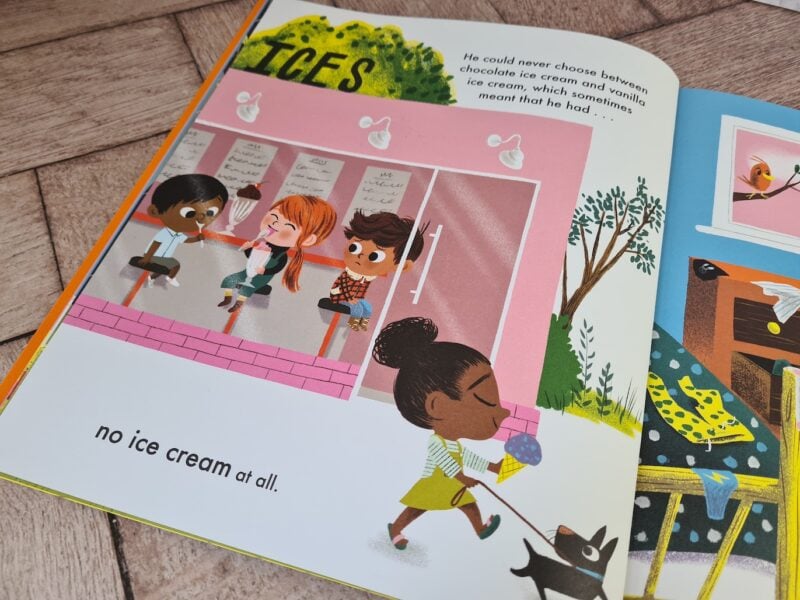 In the book Charlie tries to choose something that he wants for his birthday but can’t because it’s too hard and there are too many choices for him. He doesn’t know what to do… until something happens! Charlie thinks that a dog would make a great present and goes to the rescue center to pick one… I think we all know what happens when Charlie gets there! 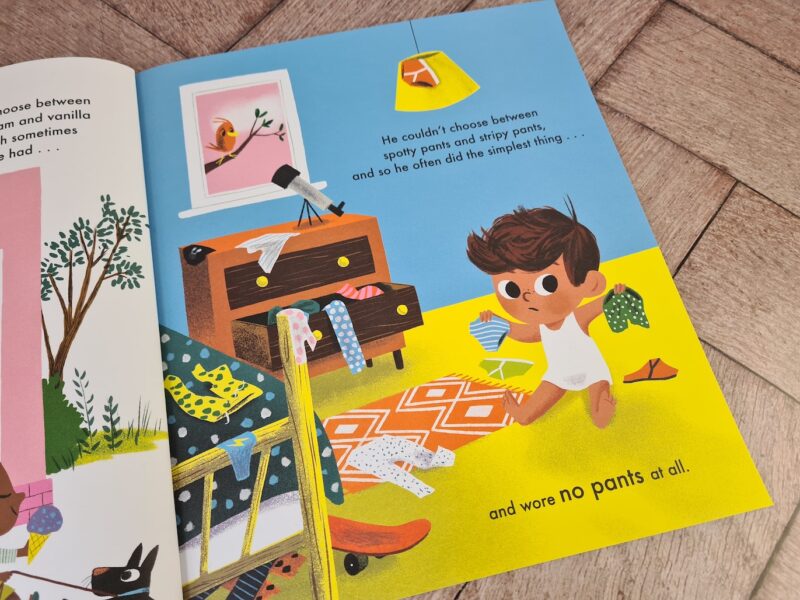 Charlie Chooses isn’t really about having to make choices but instead is about realising that sometimes things choose you instead. It’s a great book about making unexpected friends, letting amazing things happen without thinking about it too much and learning that some things can help with making decisions easier. 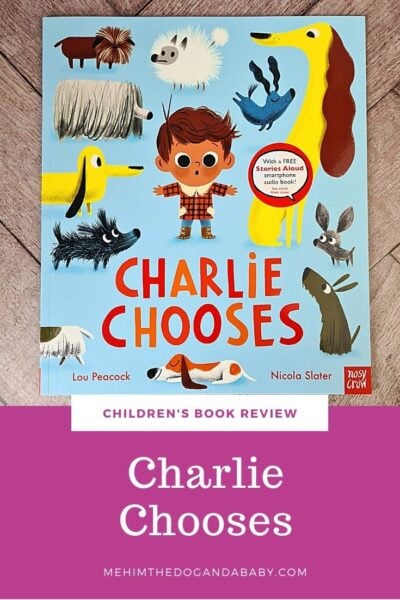