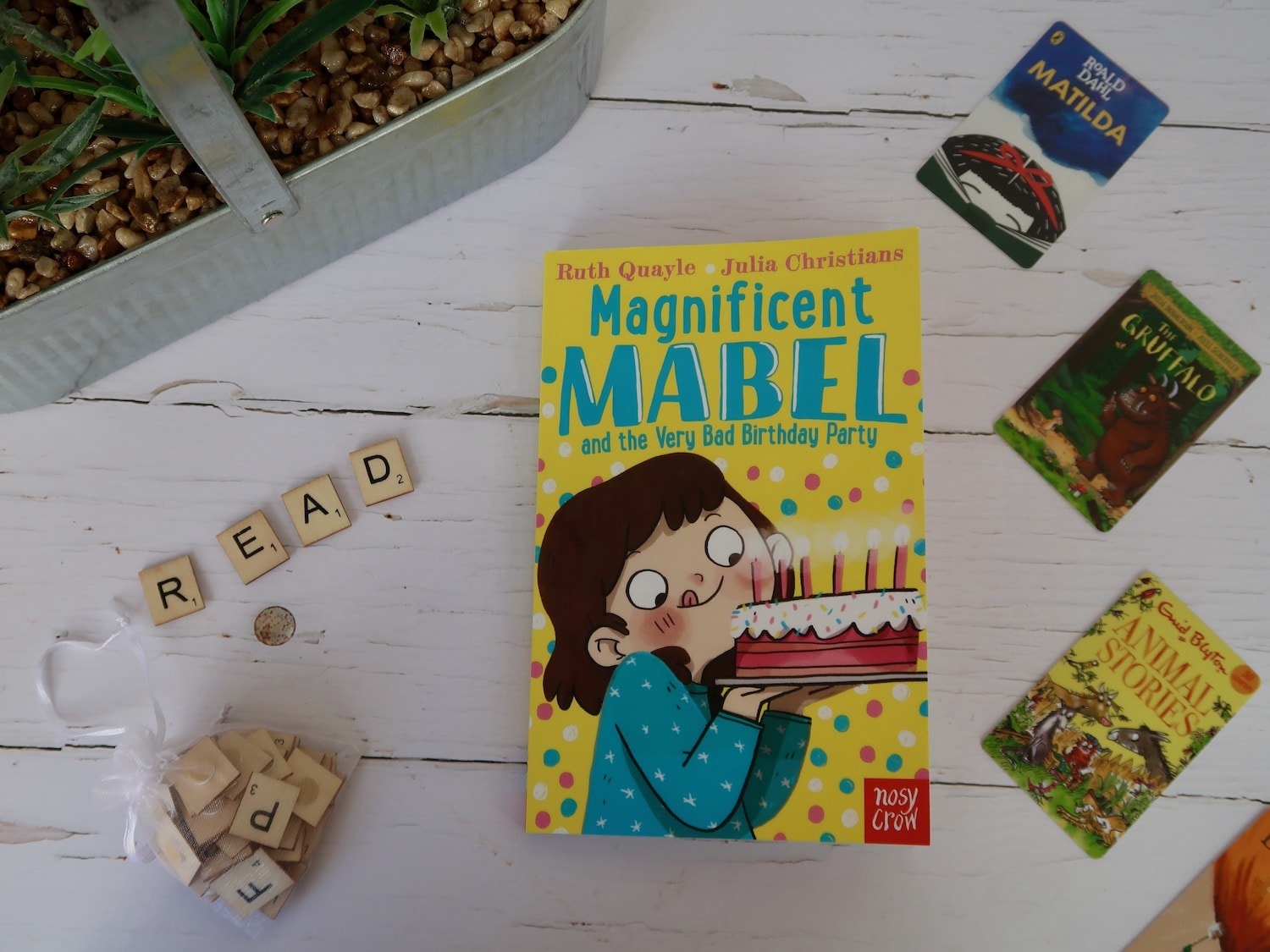 This week’s children’s book review is all about Magnificent Mabel and the Very Bad Birthday Party by Ruth Quayle. It was published by Nosy Crow on 3rd February 2022 and it can be purchased on Amazon.

The sixth book in the hilarious Magnificent Mabel series, highly illustrated throughout and with three short stories – perfect for newly-confident readers.

Sometimes life isn’t fair for Mabel Chase. Like for instance she has to invite EVERYONE in her class to her birthday party or she won’t get any presents. And her school pack lunches are AWFUL. And when she goes on holiday she doesn’t get a MINUTE to relax.

With highly-relatable themes, brilliantly funny writing and wonderful artwork throughout, this is perfect for 5-7 year olds.

Now that Erin is 6 she is quickly moving away from picture books and wants something a bit more ‘grown up’ as she says. We’ve been reading the Mabel books for a little while now and I’d say it’s her favourite series.

I think one of the reasons why Erin likes it so much is that she can see a bit of herself in titular character. Mabel is a bit mischievous and cheeky and that’s definitely like Erin. It’s nice to have a main character who is actually a bit normal (as opposed to something magical etc.) and who does general, every day things.

Aimed at children aged 5-7, Magnificent Mabel and the Very Bad Birthday Party has quite large text. This is perfect if your young reader wants to have a go themselves, or is already reading books like this themselves. Erin’s not quite at the point where she can read the whole book herself but it’s something she can read some of with a little bit of help.

If your child is looking to move on to the next sort of books, just like these first chapter books, they will also be happy to see that the Mabel books are illustrated. I think this, along with the size of the text, helps to make the transition easier. Me and Erin really love talking about the illustrations too as we read the books. In this Book there are some great pictures, especially one of Mabel having a bit of a tantrum and storming off up the stairs… something we know very well!

Although this book is called Magnificent Mabel and the Very Bad Birthday Party, you actually get 3 short stories inside!

Magnificent Mabel and the Magic Caterpillar 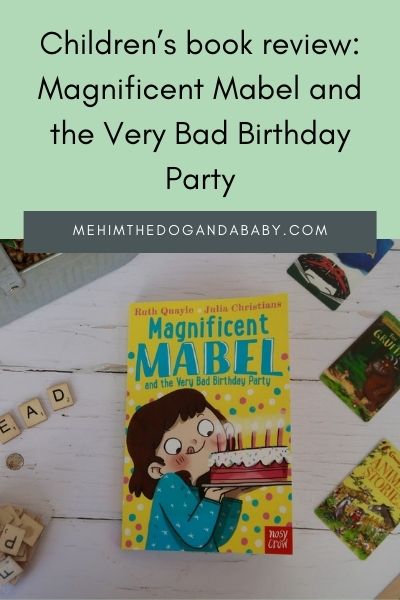