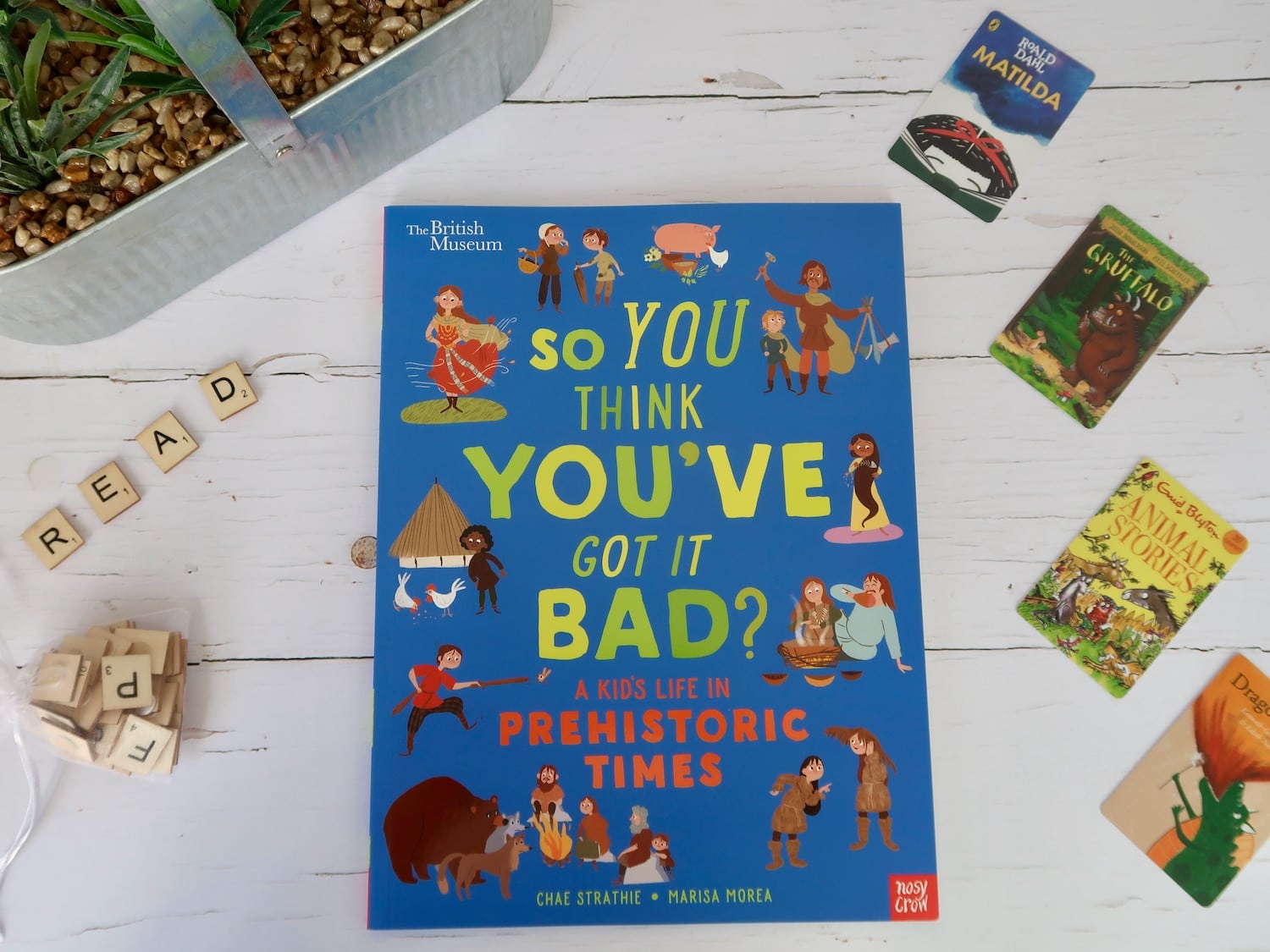 This week’s children’s book review is all about So you think you’ve got it bad? A kid’s life in Prehistoric times by Chae Strathie and Marisa Morea. It was published by Nosy Crow and The British Museum and can be purchased on Amazon.

A kid’s life in prehistoric times might sound like fun, what with all those woolly mammoths and massive stone circles, but actually life for kids could be pretty hard. In this hilarious book, written by award-winning author Chae Strathie, children will learn just how tough life really was, from living in a cave and hunting wild boar to being forced down mines to collect flint… and even eating butter kept in a bog!

Probably the first book about Prehistoric Times to feature roller skates and doughnuts, this is a must read for kids with a passion for horrible history!

Nosy Crow and The British Library have such a great selection of books to help children learn about history in a fun way. In this book, children can discover what life would have been like for kids in Prehistoric times.

PreSo you think you’ve got it bad? is set up into really clear categories, all of which can be found on the contents page. There is a great introduction to what is prehistory which explains a lot and is a great way to help children learn about this time period. Different sections include clothes and hairstyles, education and work as well as fun and games and health and medicine.

This book is quite text heavy, although pages also have lots of great illustrations. Although there is a lot of text in each section it’s nicely broken up so that you can read smaller sections at a time. Younger children might get overwhelmed with large amounts of text but by breaking it up you can work on a little bit at a time.

What I love about this book is how it’s written. Instead of being a boring book about history it’s been written with children in mind. This book uses things that children can relate to, such as talking about what dice are made from (bone!) or how you might not like your house but it’s better then being made from a dead deer and sticks! 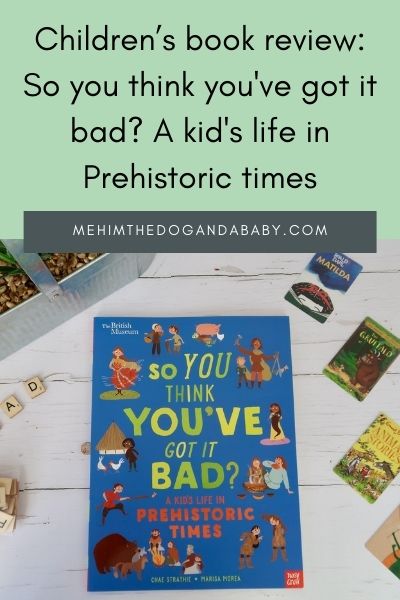