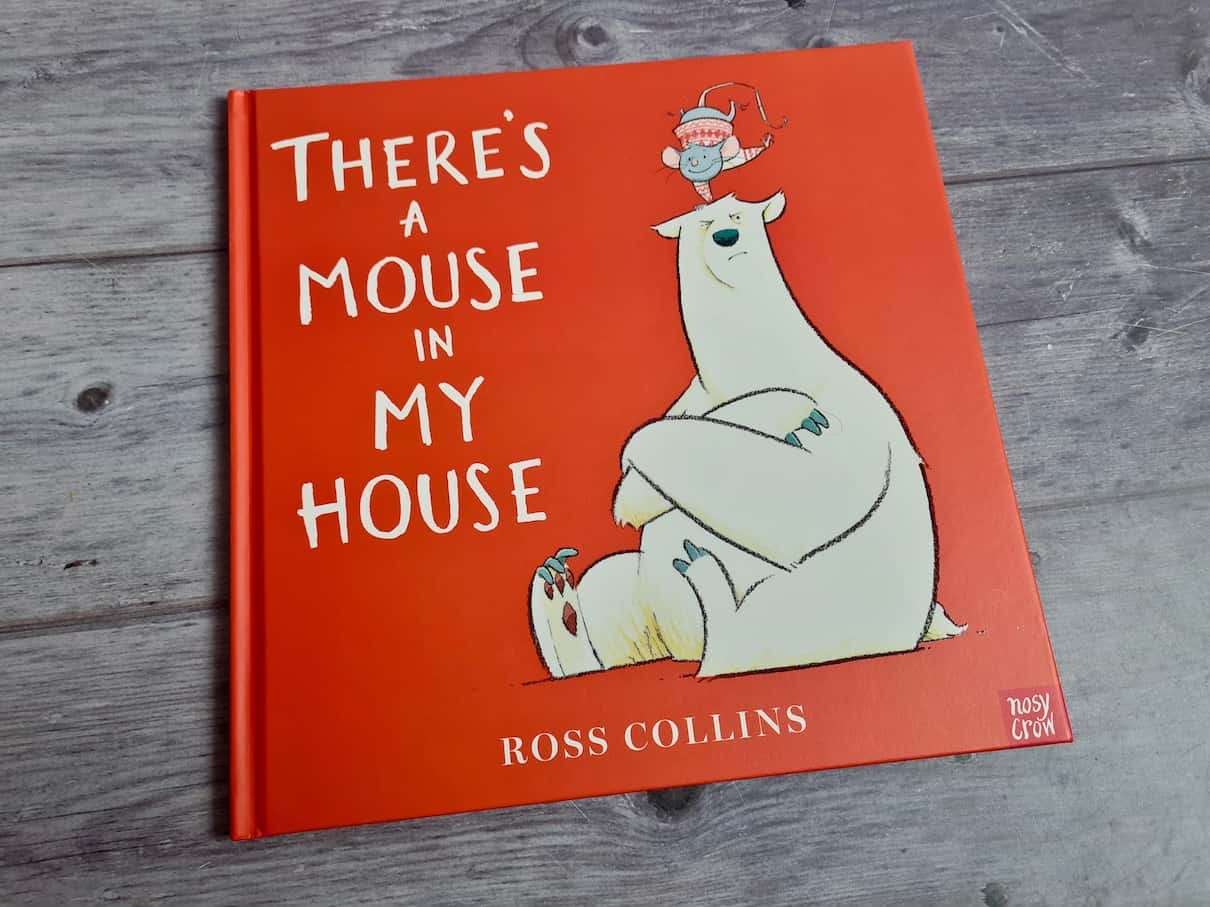 This week’s children’s book review is all about There’s A Mouse In My House by Ross Collins. The book was published by Nosy Crow and it can be purchased on Amazon*. 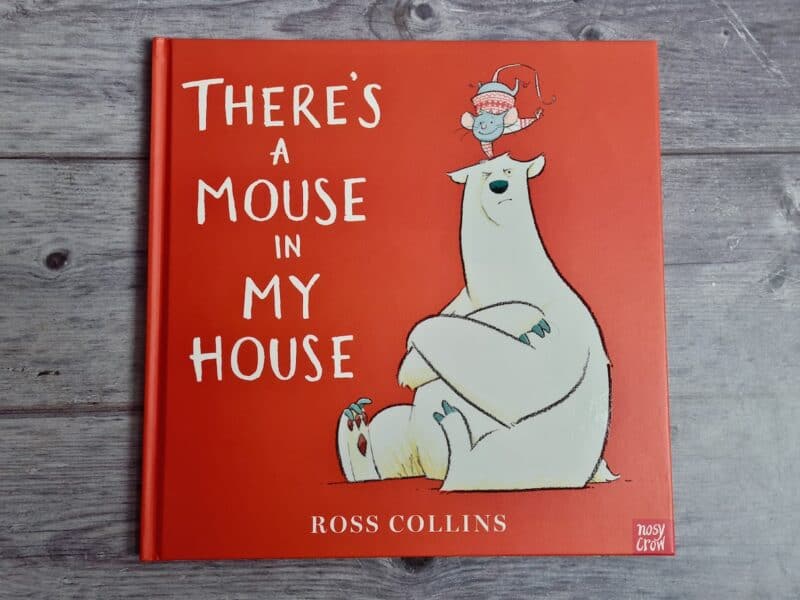 The tables have turned in this fantastically funny rhyming picture book. This time, it’s Bear who has an unwelcome guest, and that cheeky mouse just won’t leave. He’s making a real commotion in Bear’s house – eating all the food, listening to loud music and even spilling bathwater all over the floor! But when there’s an unexpected knock at the door, Bear decides that perhaps mice are actually rather nice! 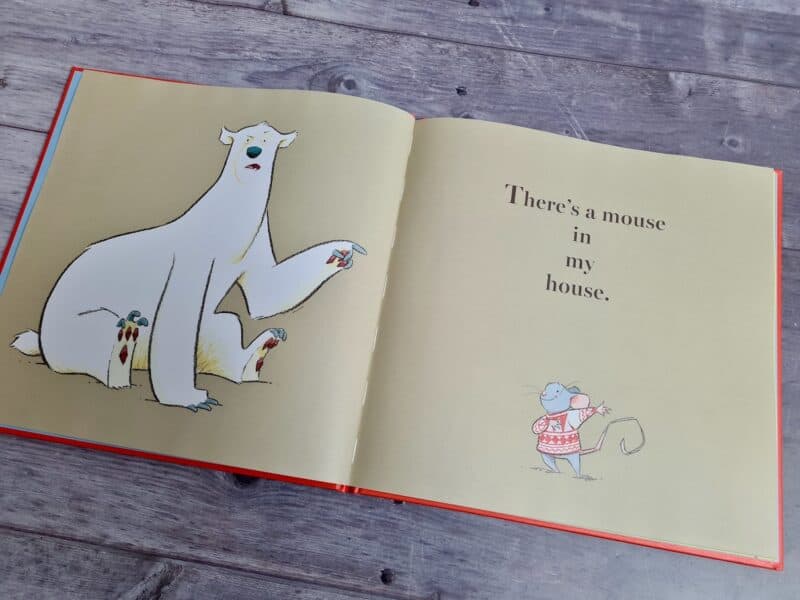 In this story we meet Bear, who is quite happy with his life at home. Somehow, he ends up with an unwanted house guest who just won’t leave. It seems like the mouse really likes Bear’s home too (it must be a very nice home to live in)! 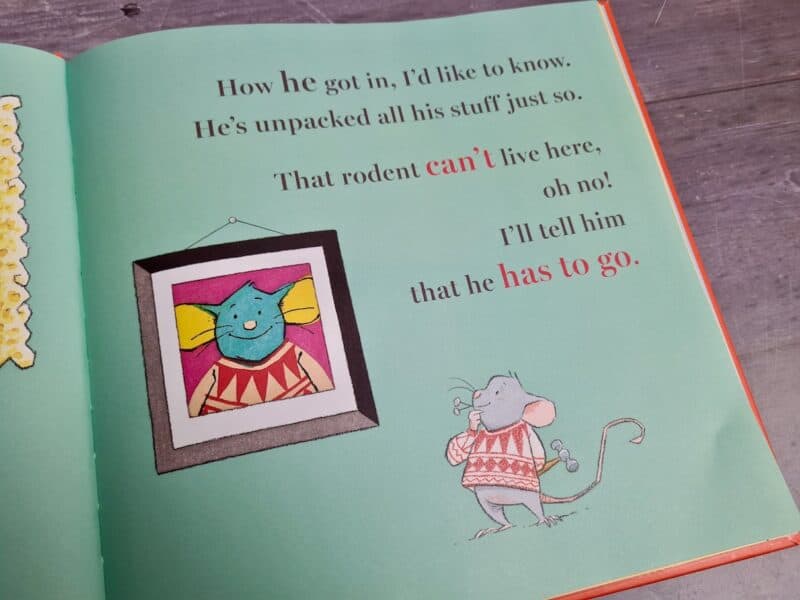 What I like about some picture books is that they aren’t too busy or complicated and that’s exactly how There’s A Mouse In My House is. The pages are really bright and colourful with some images and some text. There is plenty of plain space around the pictures and words so it’s easy for children, especially younger ones, to pay attention to what’s happening in the story. 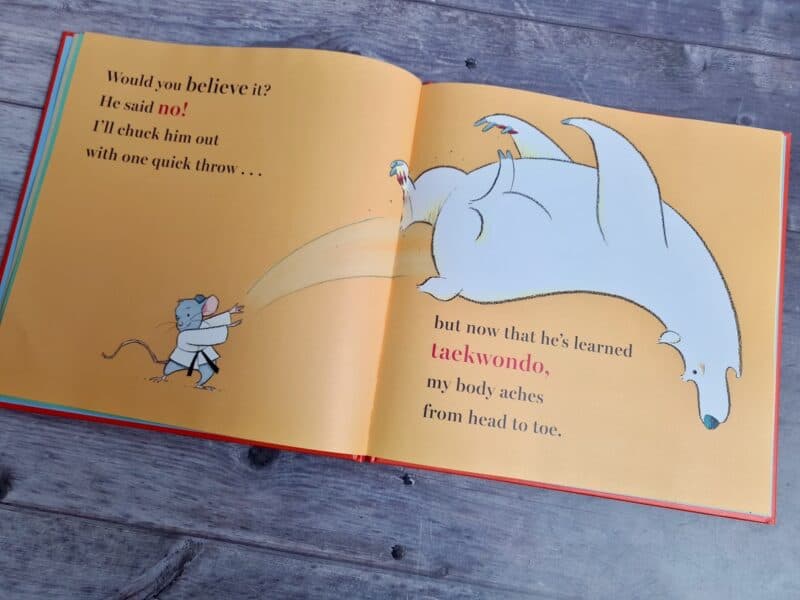 Bear really doesn’t want the mouse to live with him and he actually has no idea how he even got in. Bear really tries to get the mouse to leave but even trying to throw him out didn’t work. Bear doesn’t really have anything in common with mouse either so he thinks they won’t get on very well if they continue to live together. Bear gets annoyed at the mouse eating all of his food and not leaving him much he gets annoyed at the mouse playing really loud music too. It doesn’t sound as though mouse is a very nice house guest. 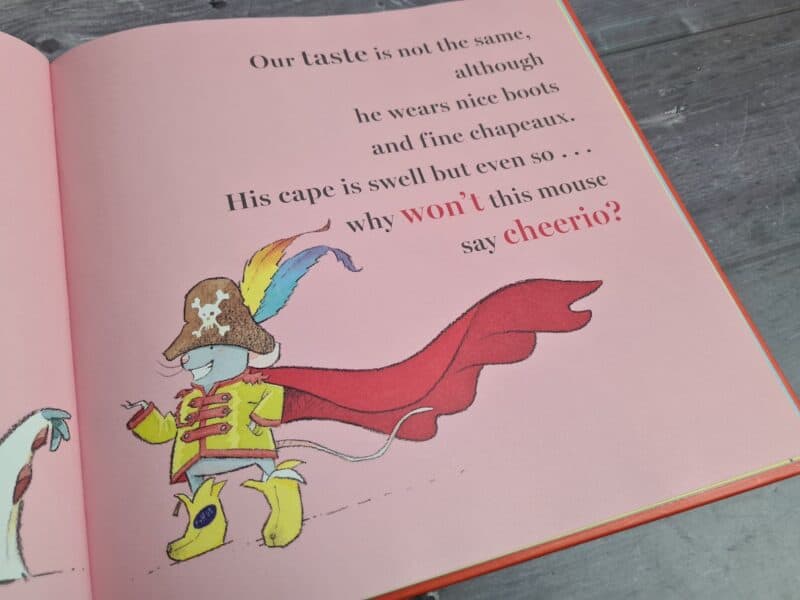 Just when Bear has had about enough the mouse has a party and the house is overrun with mice! It’s here that Bear decides that maybe the mice aren’t so bad after all and in fact, maybe they’re really quite nice!

There’s A Mouse In My House is a really fun rhyming picture book from Ross Collins with great illustrations to match the story. 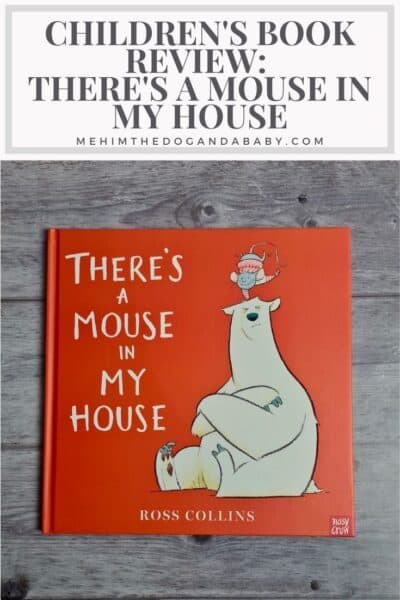