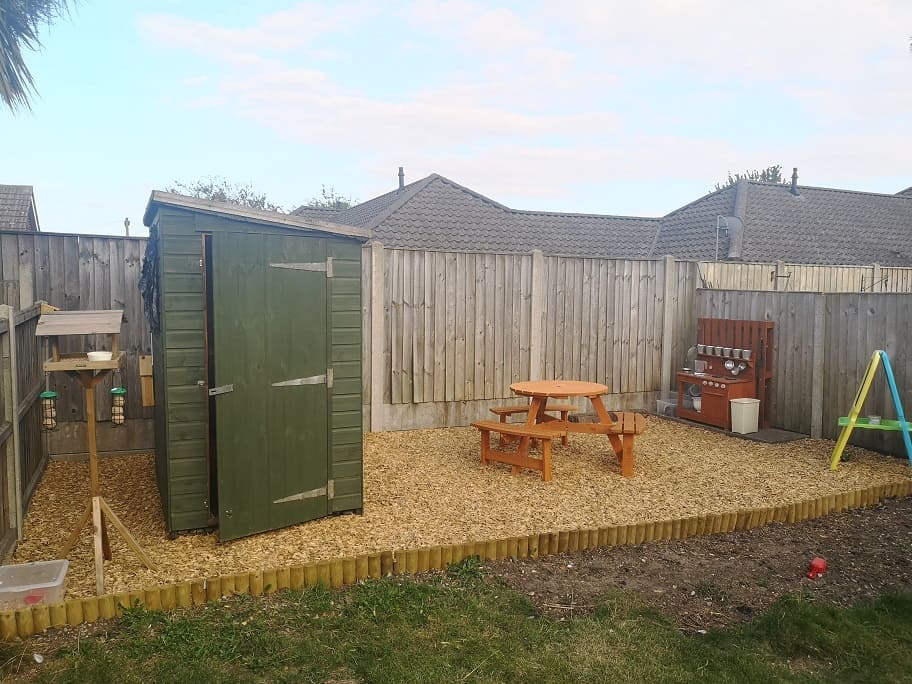 John and I bought our house back in 2014 so we’ve lived here for quite some time now. When we moved in we got a couple of big jobs done but since I was pregnant in 2015 it’s been really slow going. 2020 was the first year in a while where I feel like we actually achieved something with the house and ticked off a couple of home improvement  jobs.

Right at the beginning of the year we decided to get a big job done in the living room and dining room. The front half of the room had a horribly worn out carpet that had been there since before we moved in and the back half had worn down floor boards with gaps that made the room cold. Everything about the floor made the room look dirty and horrible.

Covering the whole room with a new carpet was a big job, and quite an expensive one as the area was so big. As we knew that we would be doing a lot more work in the living room over time, such as plastering and new skirting boards etc. we decided to go with a cheap carpet just to get the job done but really, we’re very happy with it. The room instantly looked cleaner and brighter and just a much nicer room to be in.

Over the summer we tackled quite a big job and worked on the back of the garden. For years it had become a dumping ground and we hated it, especially as it was never really safe because of the junk we put there. So, our next door neighbour offered us their old shed and we couldn’t say yes quick enough. Our old shed was massive and a death trap really and much bigger than what we actually needed.

Knocking the old shed down was a bit harder than planned thanks to a bee’s nest underneath the floor. Once we had this sorted though we cleared the whole area, put up the new shed and laid down a lot of play bark to make it a nice place for Erin. With the addition of a bird table, a play area for Erin and a picnic bench, the area was completely transformed.

This area of the garden isn’t exactly how I want it in the long run but it’s definitely a lot better than what it was before. It will definitely do until we can have a complete garden makeover in a couple of years.

The last thing we managed to do was to replace a couple of our storage heaters. Unfortunately, this was something we were kind of forced to do rather than it be a choice. We still don’t really know what has happened but after changing our electricity supplier all of our storage heaters stopped working in one go. Our house is extremely cold though so we had to have some kind of heat downstairs.

As we can’t afford to sort out gas and central heating for the whole house we decided that taking out both storage heaters in the living room and replace them with electric radiators. This wasn’t a cheap job at all and it pretty much cleared out our savings that we had for getting things done at the house. However, it needed to be done and actually, I really like the new radiators and I’m planning on replacing the others upstairs at some point now.

I’m really happy with everything we achieved around the house this year but now it’s time to come up with a huge list of EVERYTHING that needs doing and come up with a plan of where to start and how to save up to get it all done. 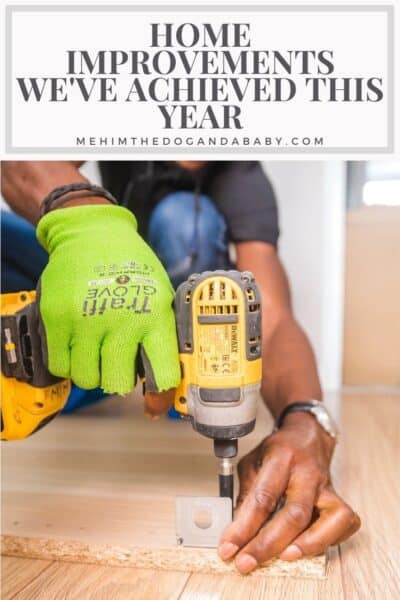