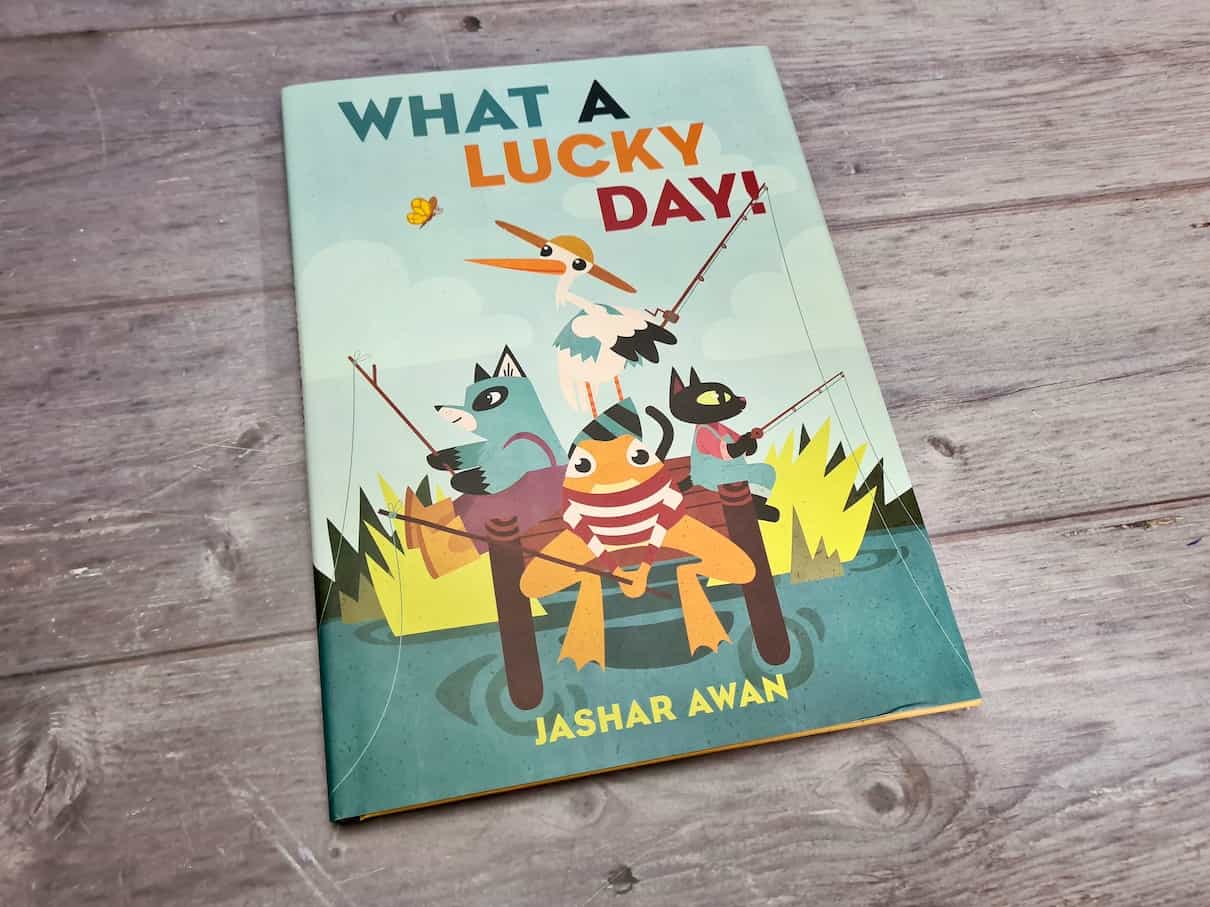 This week’s children’s book review is all about What A Lucky Day by Jashaw Awan. It was published by Norton Young Readers and it can be purchased on Amazon*. 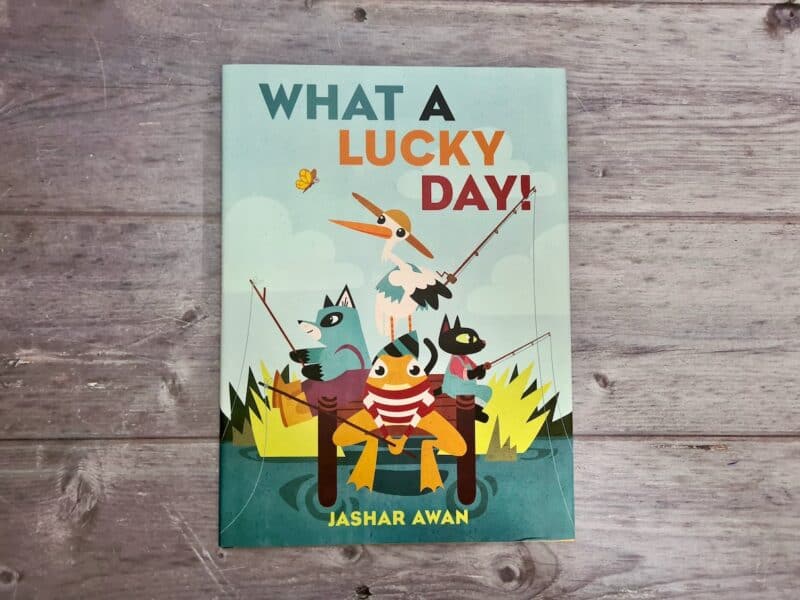 Four animals make their way to the lake, hoping they’ll be lucky enough to catch some fish for dinner. To their dismay they arrive at the pier at the same time and each one worries that the others will wreck their day-the stork thinks he’s got bad luck now that the black cat has crossed his path, the cat worries that the raccoon will steal all his fish, the raccoon fears getting too close to the frog and his warts, and the frog hopes the stork doesn’t deliver any babies on the already too-crowded pier. But as this gentle, funny and thoroughly satisfying picture book makes clear, it’s a mistake to judge others too quickly. 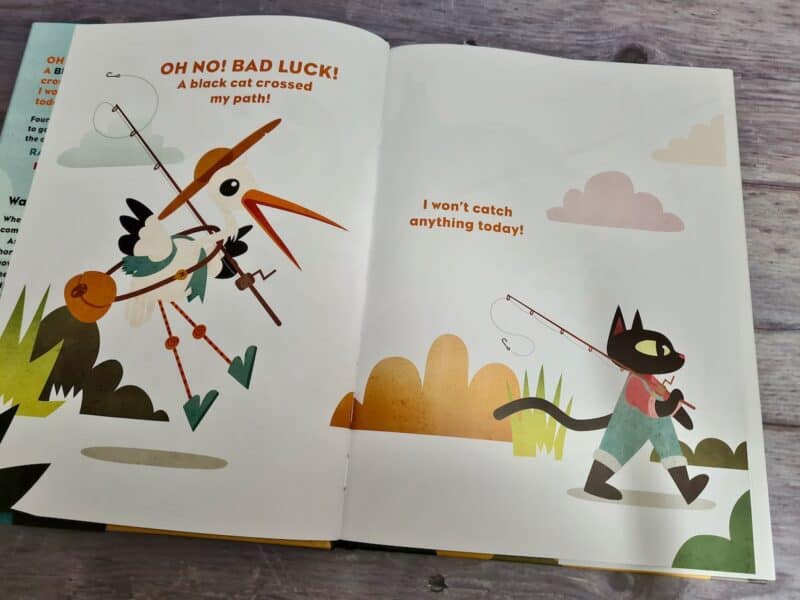 I think that most of us will have been too quick to judge someone at one point or another in our lives. I know that I can make snap judgements and they are not always right. It’s so important to teach children about things like this at an early age and What A Lucky Day is a lovely book for that. 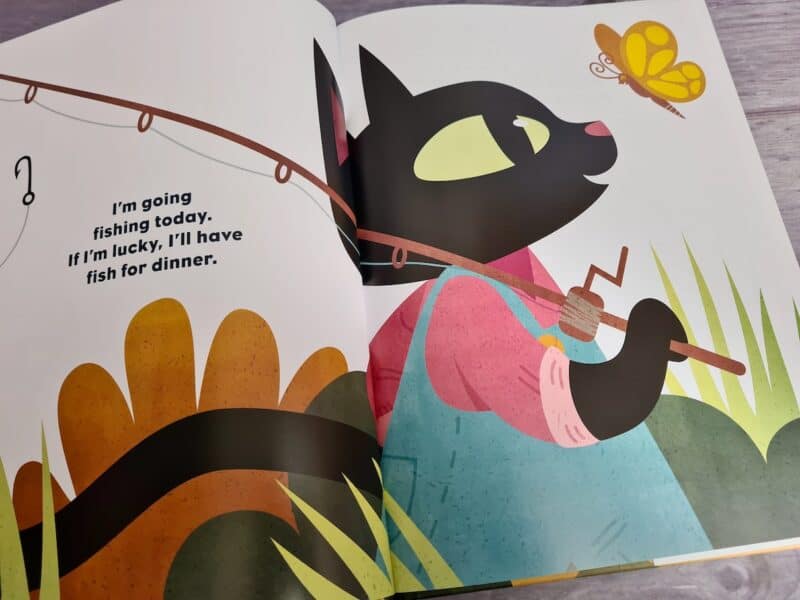 The stork heads out for the day to go fishing for his dinner. He hopes he’ll catch a nice fish to have but on his way he sees a black cat. Black cats mean back luck don’t you know?! But the cat sees a racoon on their way and thinks that he will steal the fish. Racoons are thieves apparently! And so, the story goes on and each animal things something bad of the next one they see. 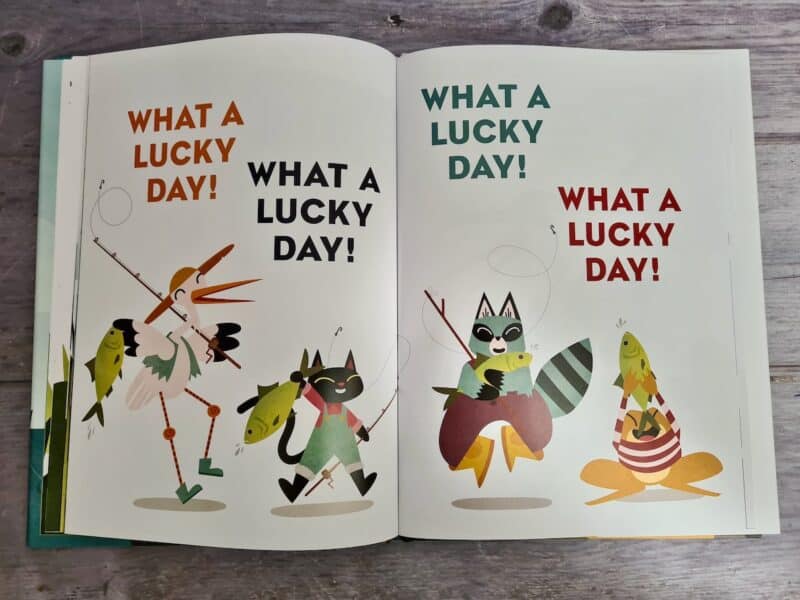 In the end, all of the animals manage to get a spot on the pier to go fishing and soon realise that none of the bad things are true. Each animal is able to catch a fish and they are all able to enjoy a lovely dinner together. What A Lucky Day has a very simple story, and an easy one to follow, but it’s a great way to help teach children the message of not judging too quickly. I really liked that each animal was able to see that what they thought initially wasn’t true at all and in fact, all of the animals were really very nice. 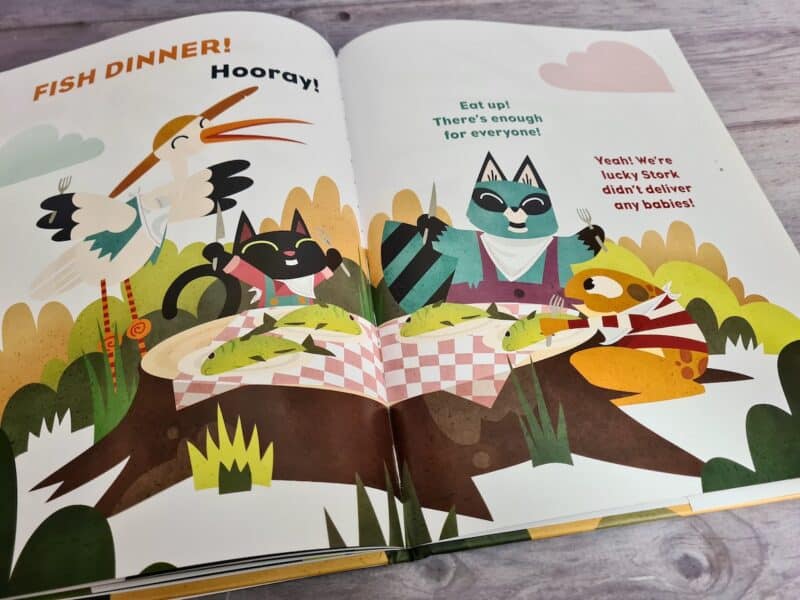 Not only does What A Lucky Day have a great message but the illustrations are really fun too. The animal characters are really well done and even as pictures in a book, they have done a great job of giving them personality. I especially liked the frog who thought the stork would bring a baby to the pier! 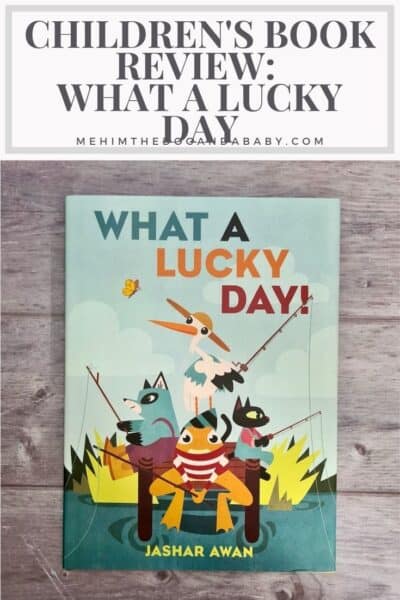