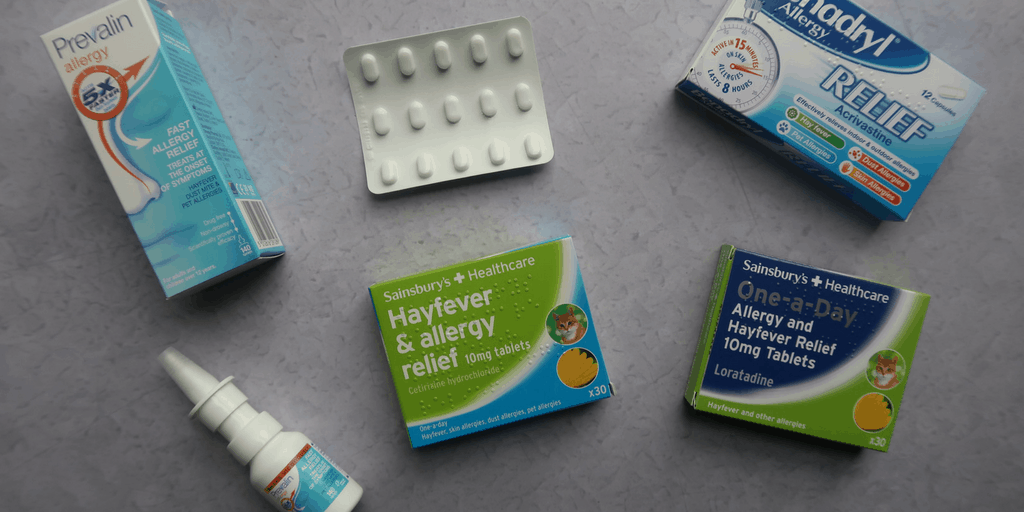 I’ve always been really thankful that I haven’t suffered from allergies such as hay fever. Up until this year I have been able to happily enjoy every spring and summer, wearing whatever make-up I wanted and generally just getting on with things. However, this year it seems that my body is changing and I have developed some allergies. I don’t really know if it’s hayfever or whether it’s something else but I find my eyes streaming as soon as doors or windows are opened in the house and taking Erin to nursery has turned into a strictly no mascara thing.

One day my eyes just would not stop no matter what I did and it got to the point where I could barely see because one eye was so bad. I can’t go every day like this because I would never get anything done work wise and it would really stop how I could look after Erin. So, I went to Sainsbury’s the next day and got some Hayfever and allergy relief tablets and I tried taking them for a few days but nothing was happening. Absolutely nothing. My eyes were just as bad as they had been and so I had to try something else. On my next trip to Sainsbury’s I came back armed with a whole range of things. Normally, I am not really one to take medication if I can get away with it but this was very much needed.

I found out that there are lots of different allergy and hayfever relief medications and some of them are very different because of the main ingredient. The first one I tried had Cetirizine hydrochloride in it but others had different things like Loratadine or Acrivastine. It’s really worth trying a few before you find something that is right for you. Some definitely work better than others for me so I think it’s a case of trial and error, depending on what your body can get on with.

As this is all really new to me I thought I would ask some other bloggers for advice and here’s what they had to say:

Shower after being outside for a prolonged time or as soon as possible. Washing the pollen off you really helps. This is what my teen has to do as soon as in from school. Emma and 3

I’ve read that having a teaspoon of local honey can help. Autumn’s Mummy

Vaseline around the nose acts as a barrier for the pollen. Ankle Biters Adventures

Antihistamine are a build up so take them around a month before your pollen reaction starts. Keep windows closed to stop pollen coming into house. Change clothes downstairs if possible to stop taking pollen upstairs. Local honey helps to build up tolerance to local pollen. This Day I Love

I’ve been advised to start taking 1 tsp of local honey daily. I haven’t started it but have heard it does work. I developed hay-fever after having my son and it’s particularly bad this year. Battle Mum

At home I often walk around with a piece of tissue stuck up my nose! Stacey In The Sticks

Are you an allergy sufferer? I’d love to know if you have any tips. Let me know in the comments!